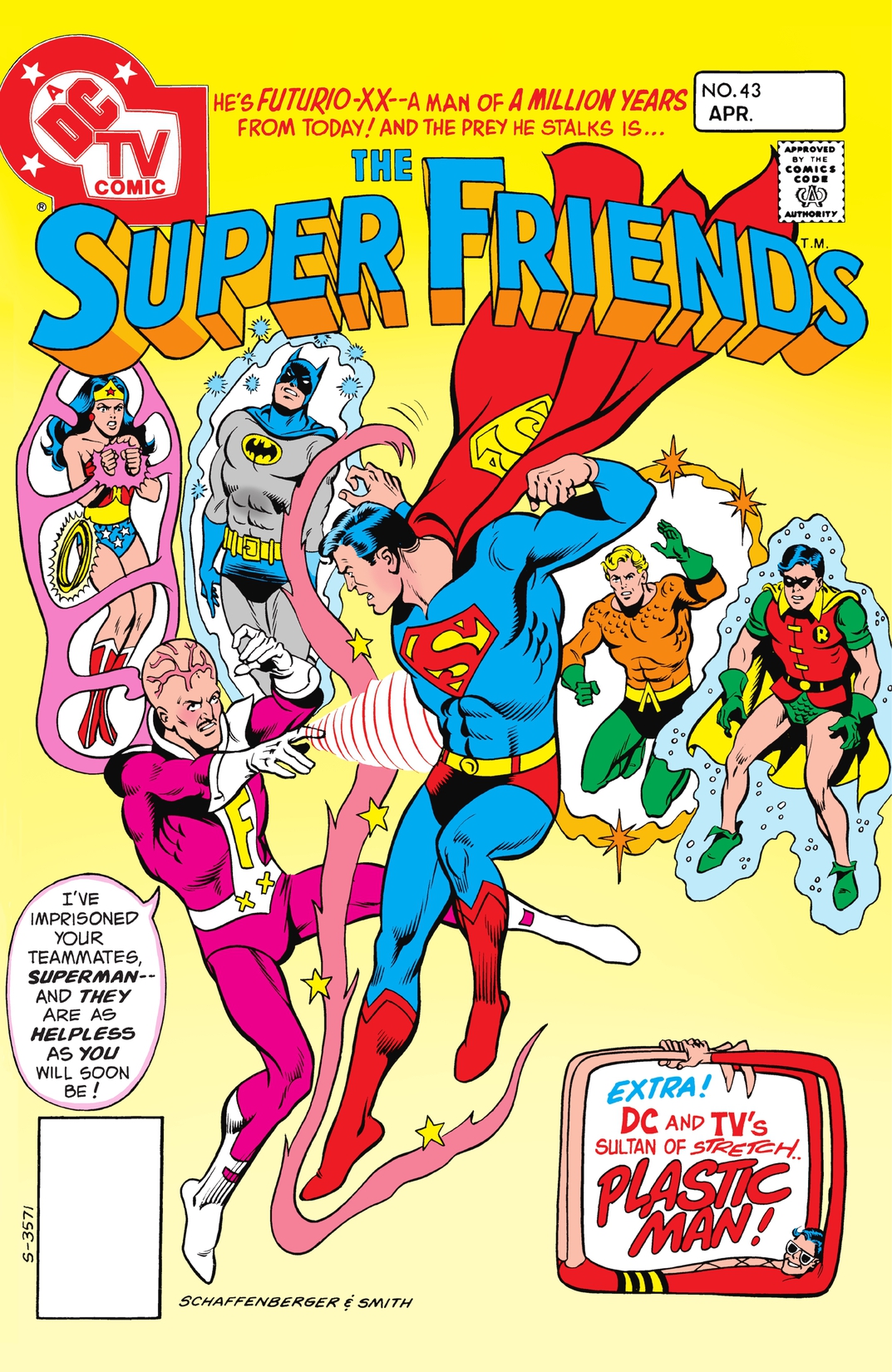 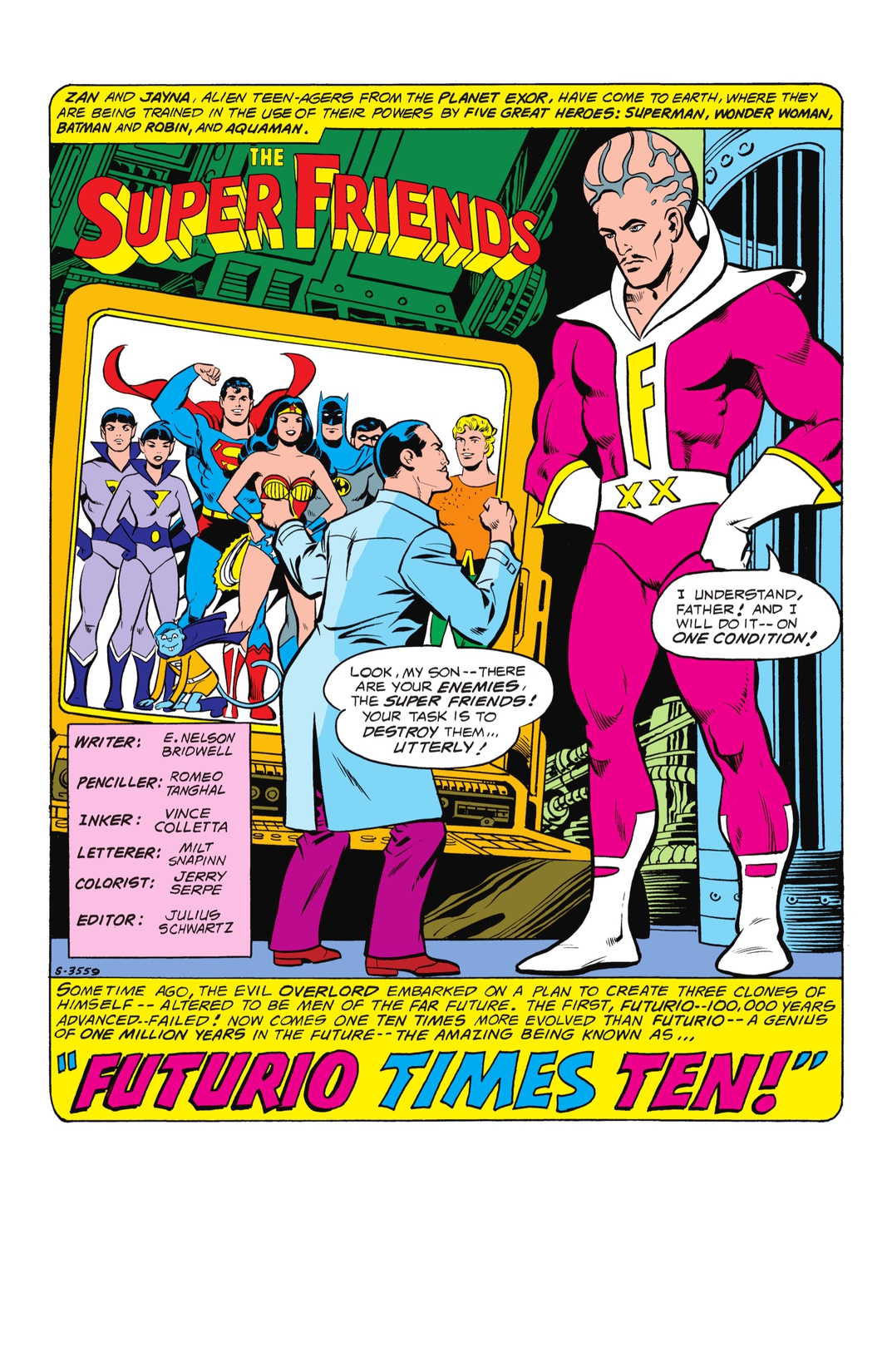 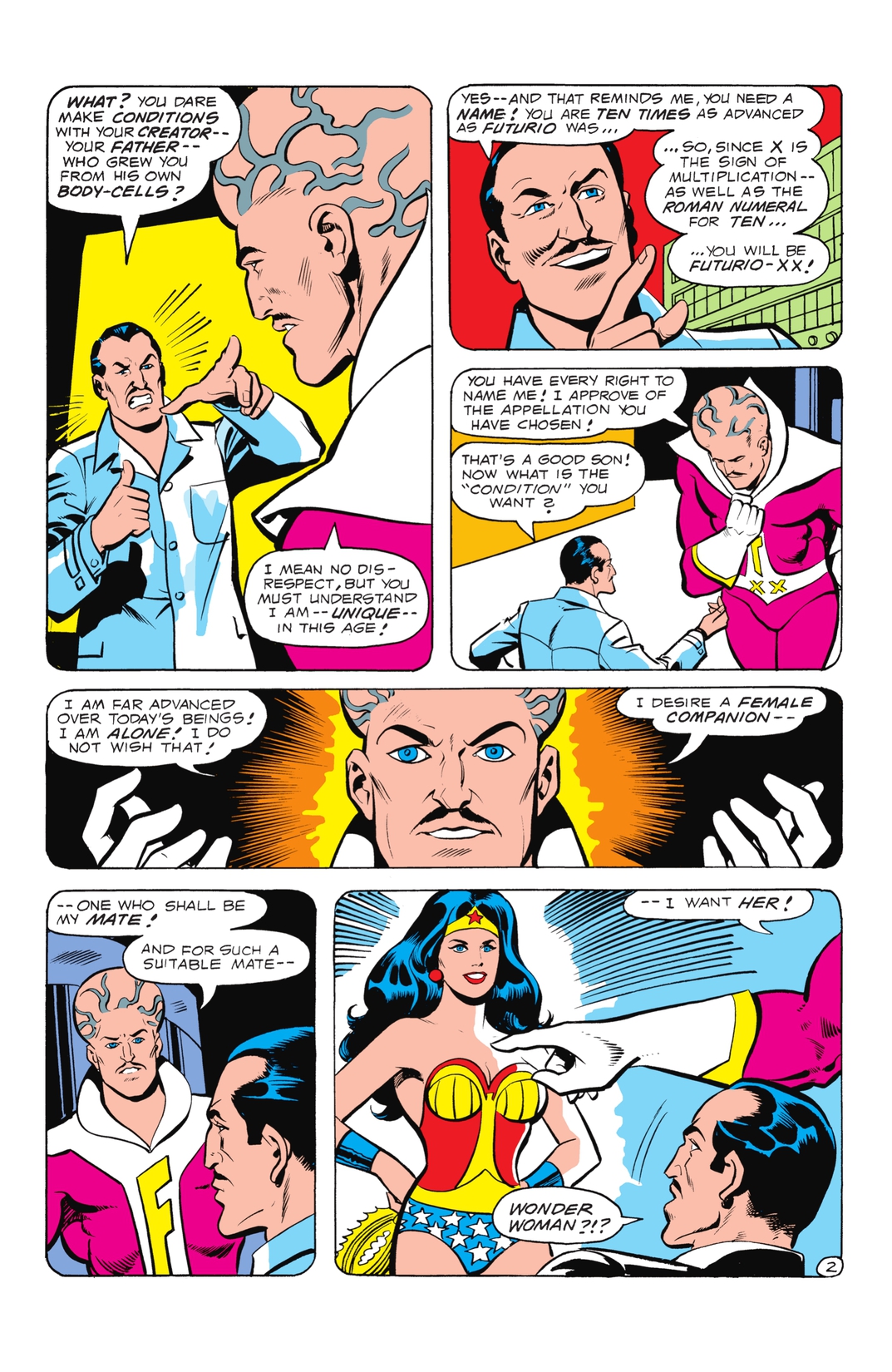 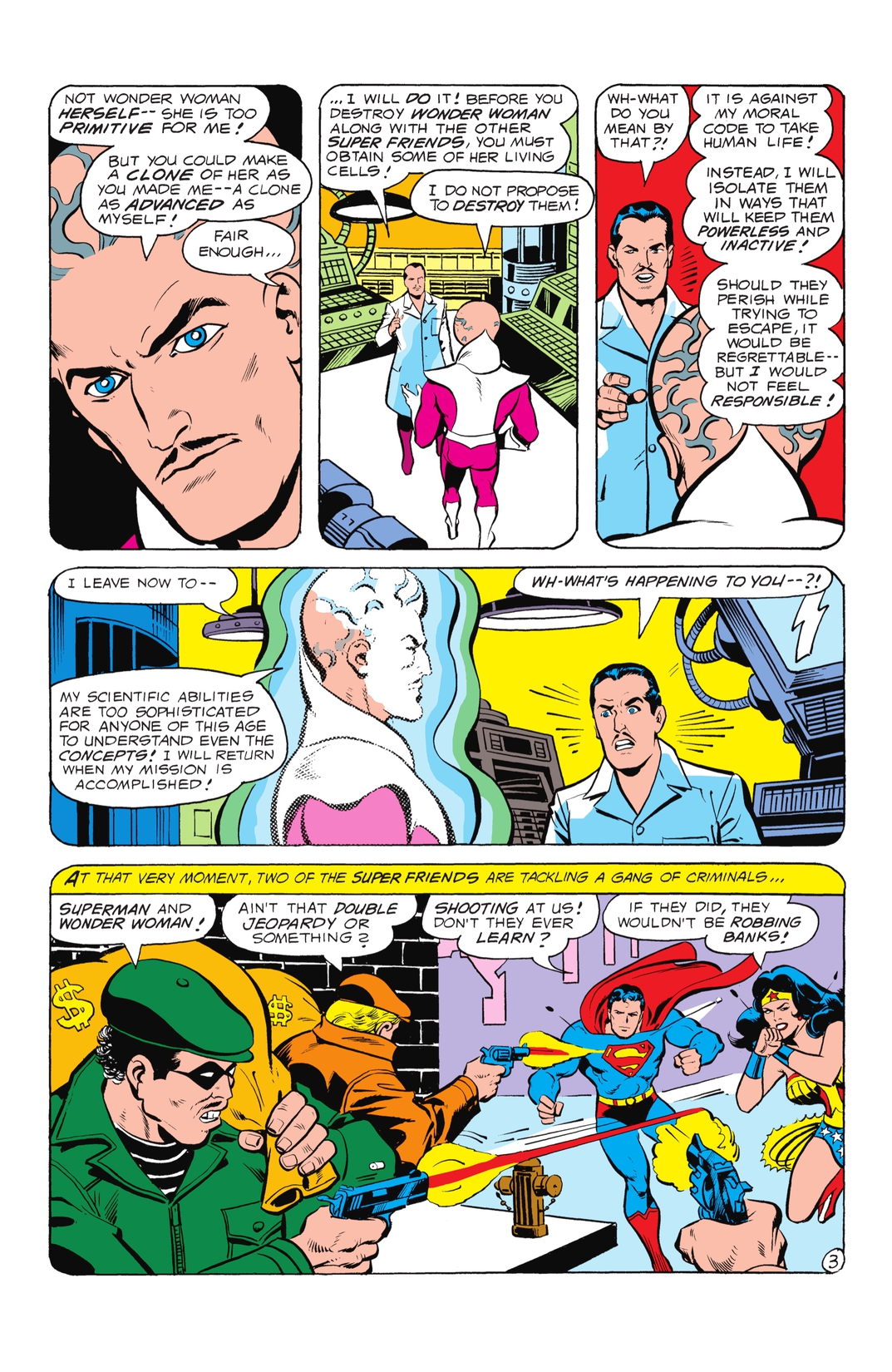 The evil Overlord is back, this time with a new Futurio clone named Futurio-XX, evolved from even further in the future, in “Futurio Times Ten!” This issue also features a separate Plastic Man story, “Mouth-Trap.”