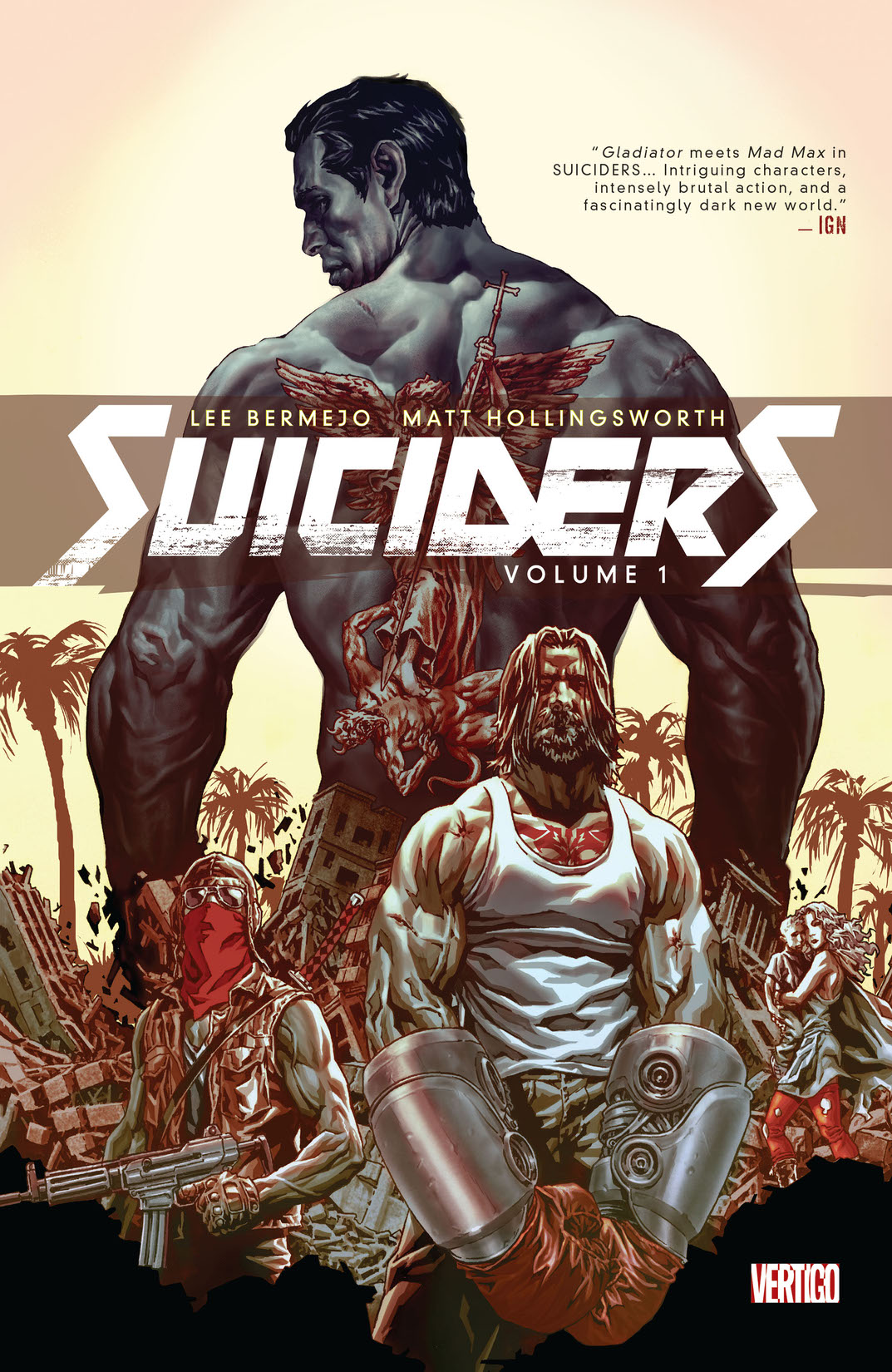 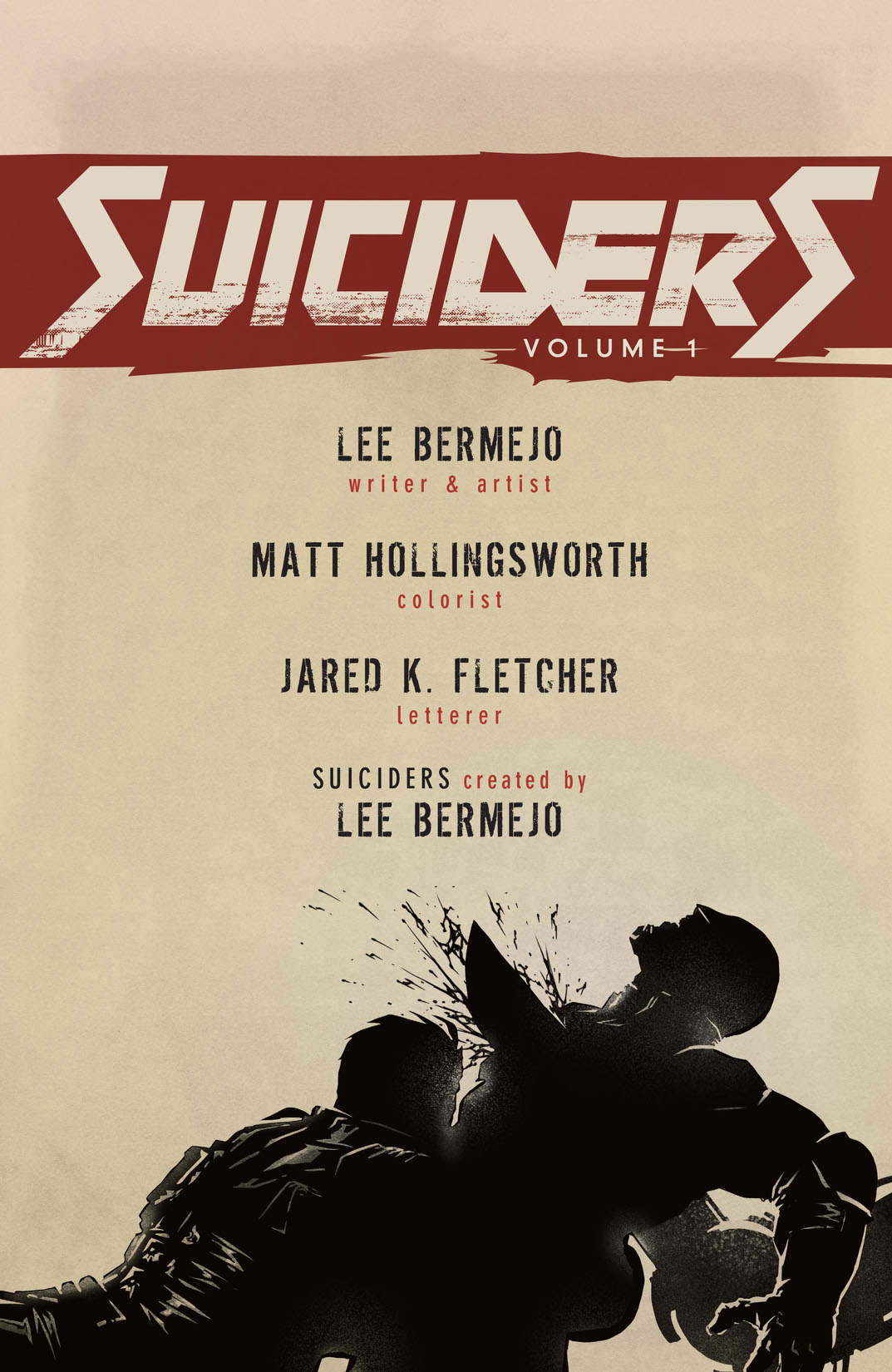 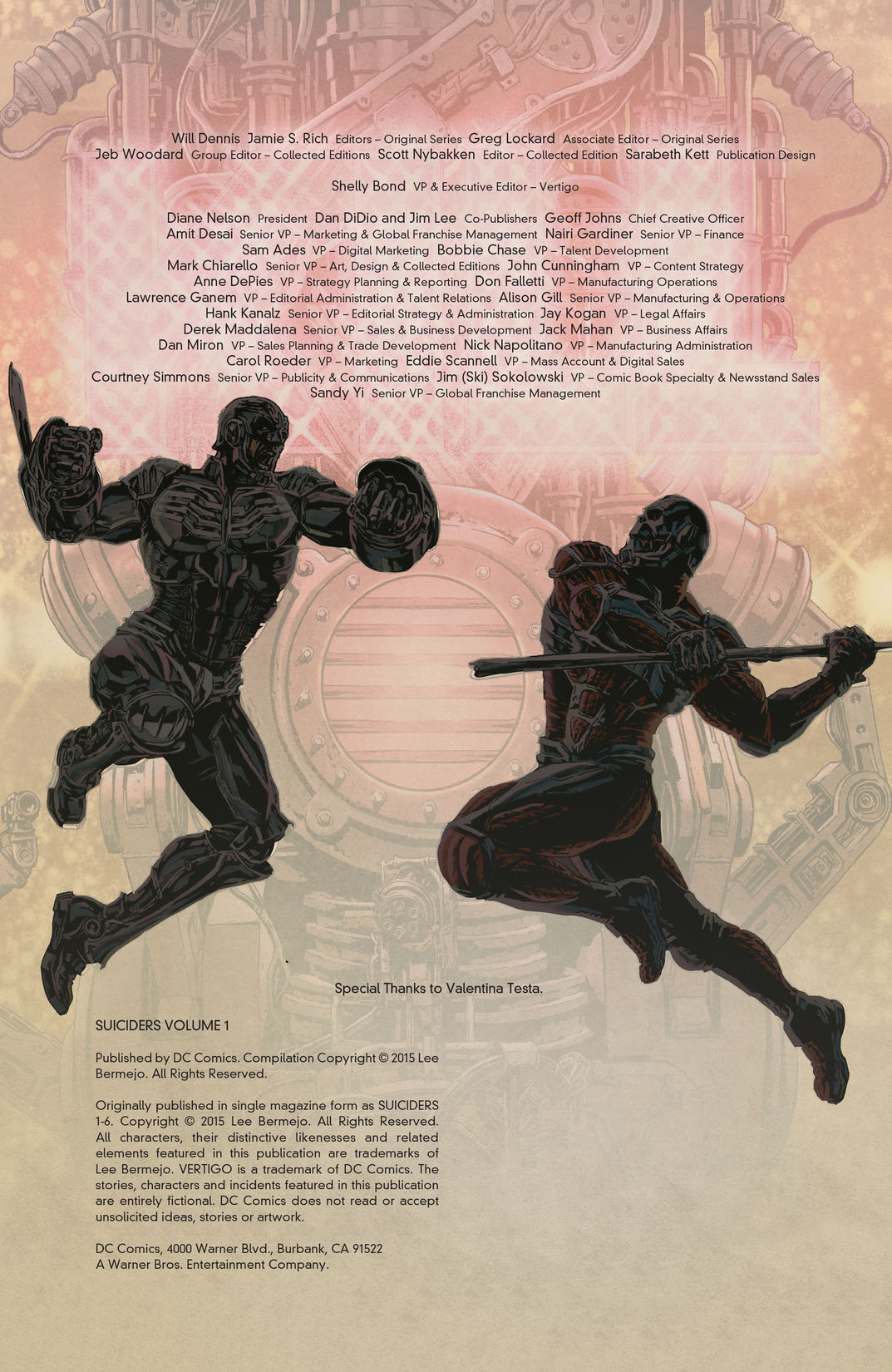 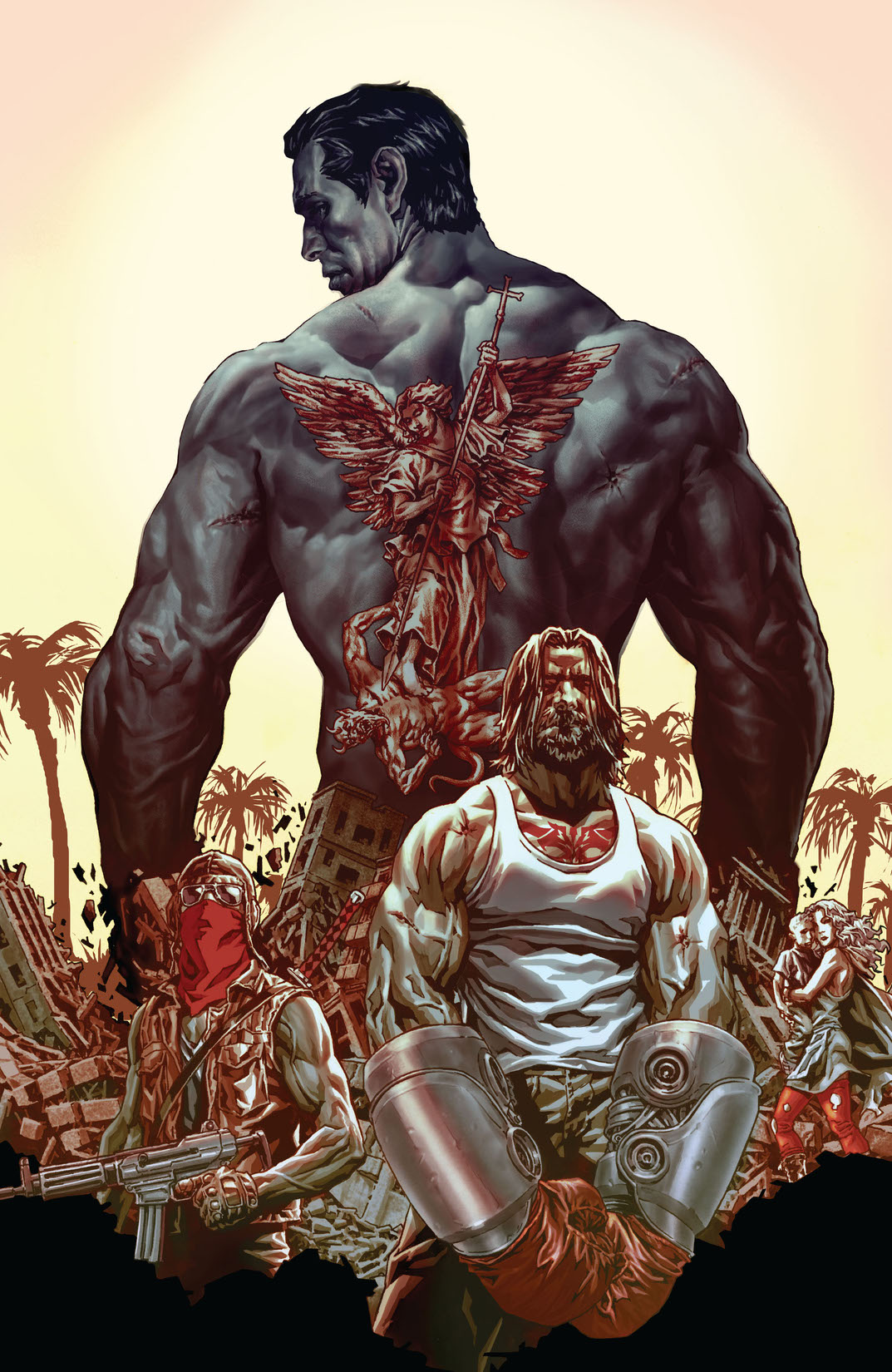 It's the first collection of the amazing new series written and illustrated by Lee Bermejo, featuring issues #1-6! "The Big One" has finally hit Los Angeles. After a devastating earthquake, the Southland has seceded from the union, leaving the city split in two: the walled-off, wealthy New Angeles and the criminal-run ghetto Lost Angeles. But what unifies them all is Suiciders: an extremely popular reality sport in which murder, mayhem and merciless brutality rule. Two of these fighters from very different backgrounds struggle to claw their way to the top. But in this new world order, what will it take to be the best?