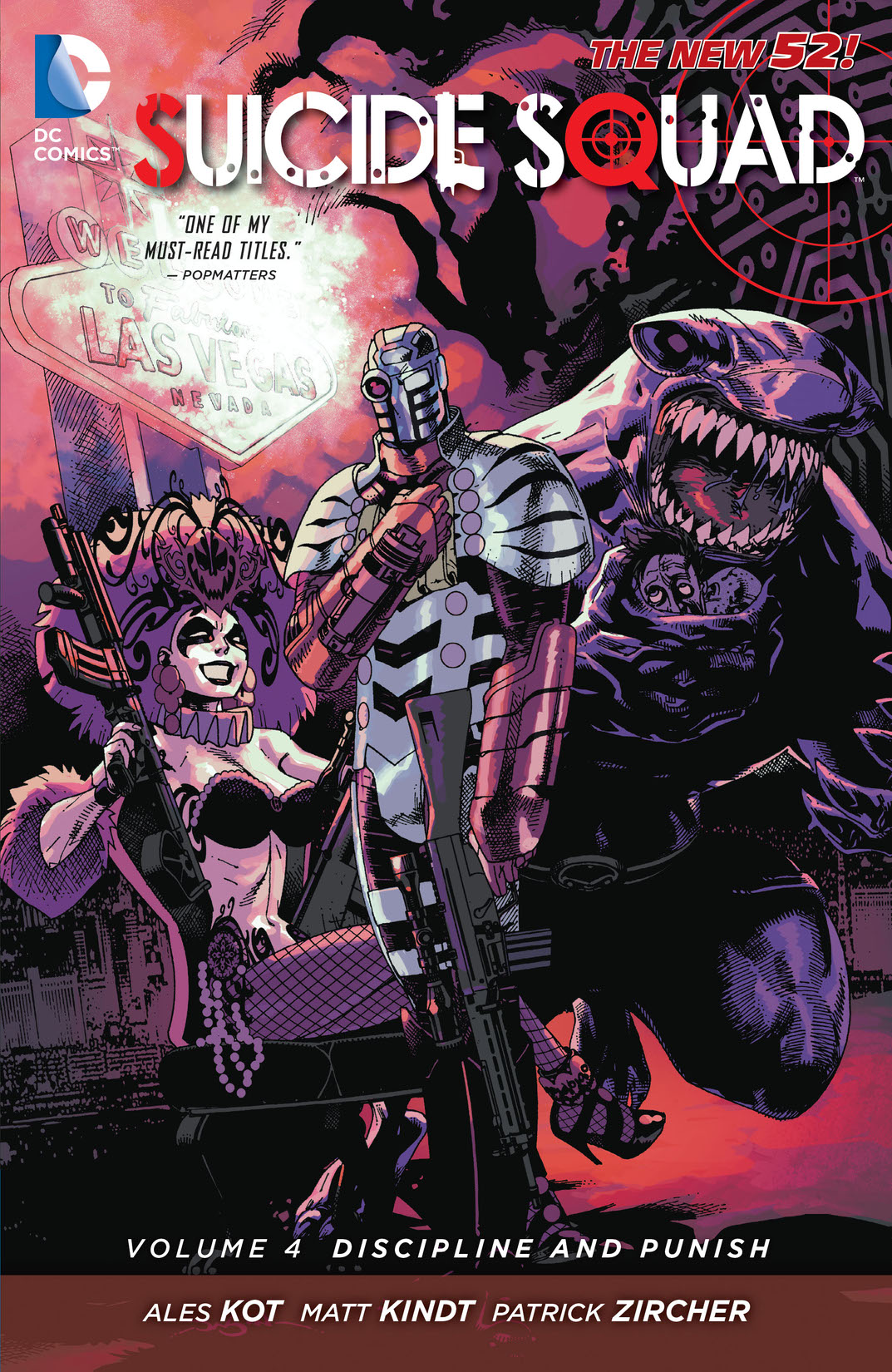 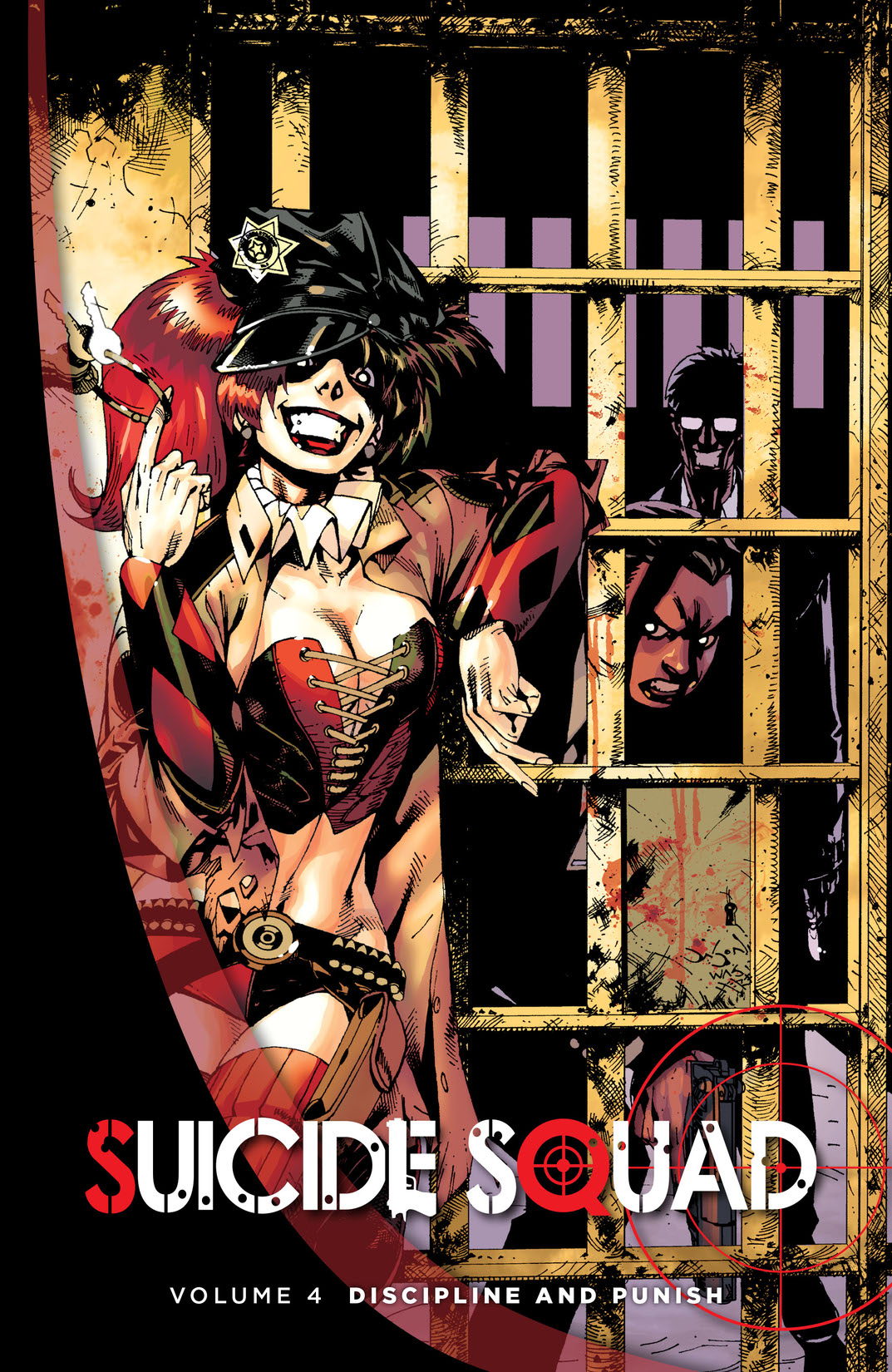 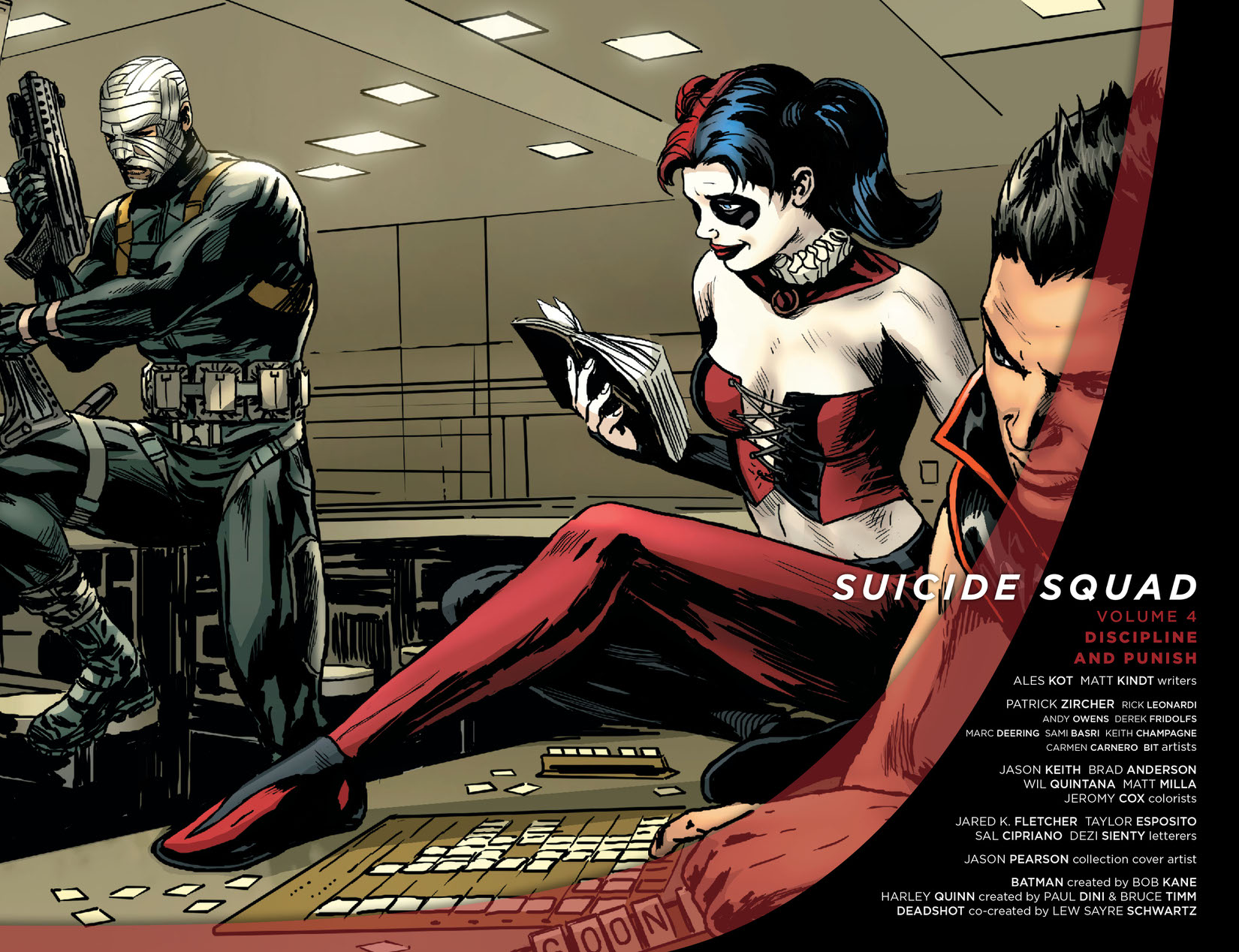 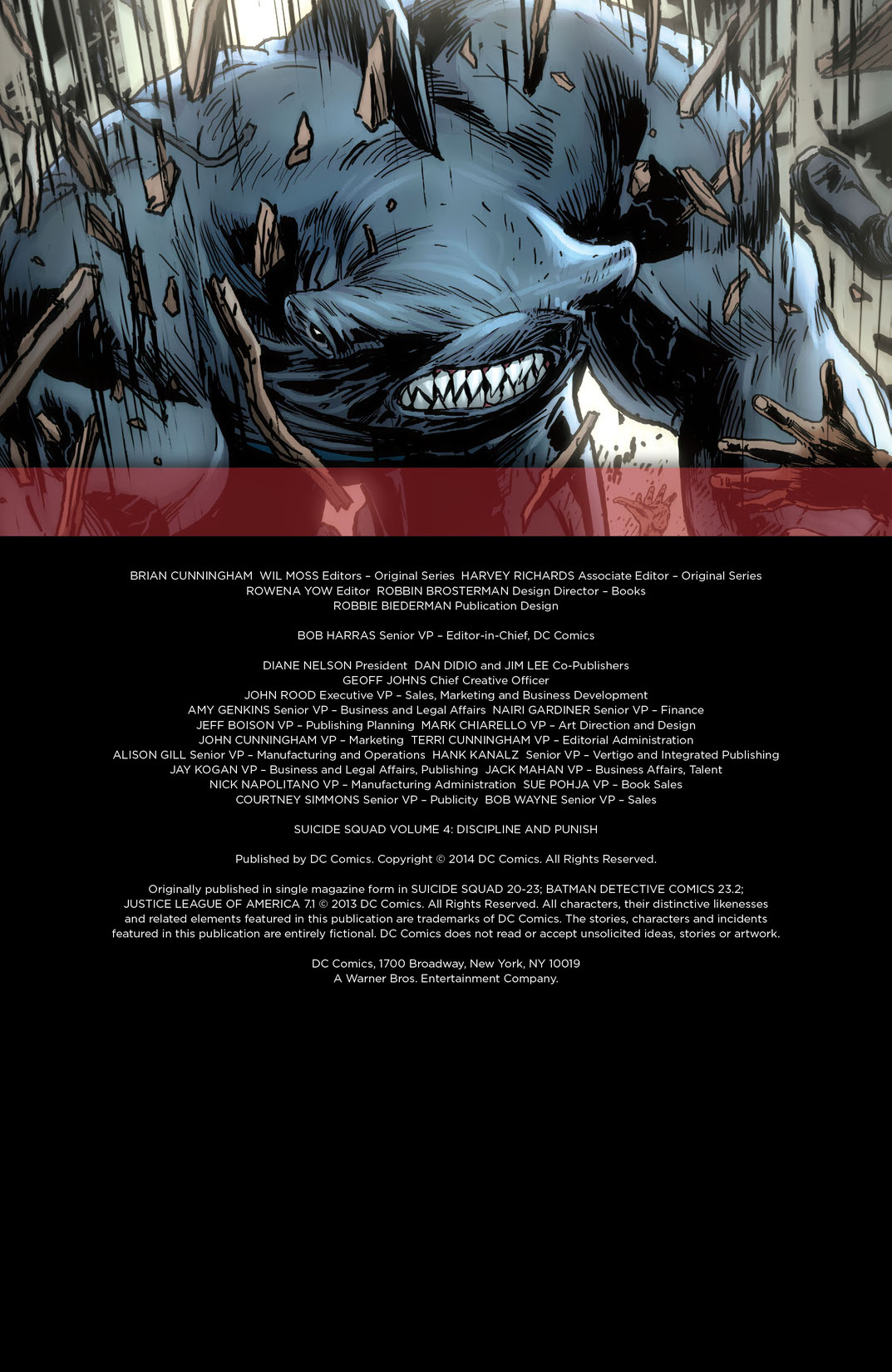 New team members, new direction, new creative team! After the Suicide Squad is nearly massacred, the team returns to Belle Reve to lick their wounds and bury their dead-but when they find out what's waiting for them at the prison, they'll wish they were back out in the field! Task Force X has a new leader who will make this team of killers and thieves even deadlier than ever before. From rising writer Ales Kot comes SUICIDE SQUAD VOL. 4: DISCIPLINE AND PUNISH, collecting issues #20-23 as well as the DEADSHOT and HARLEY QUINN Villains Month one-shots.