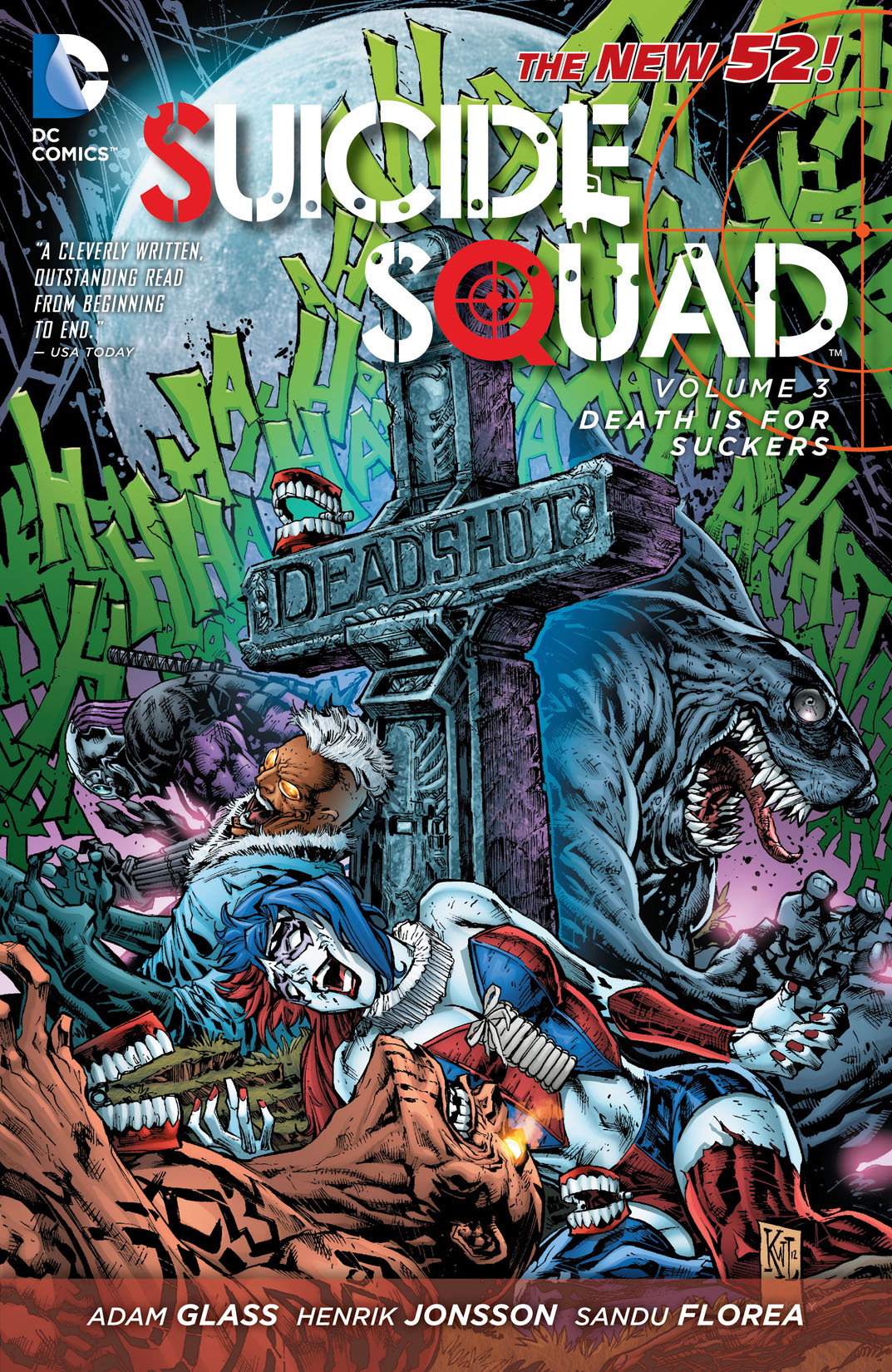 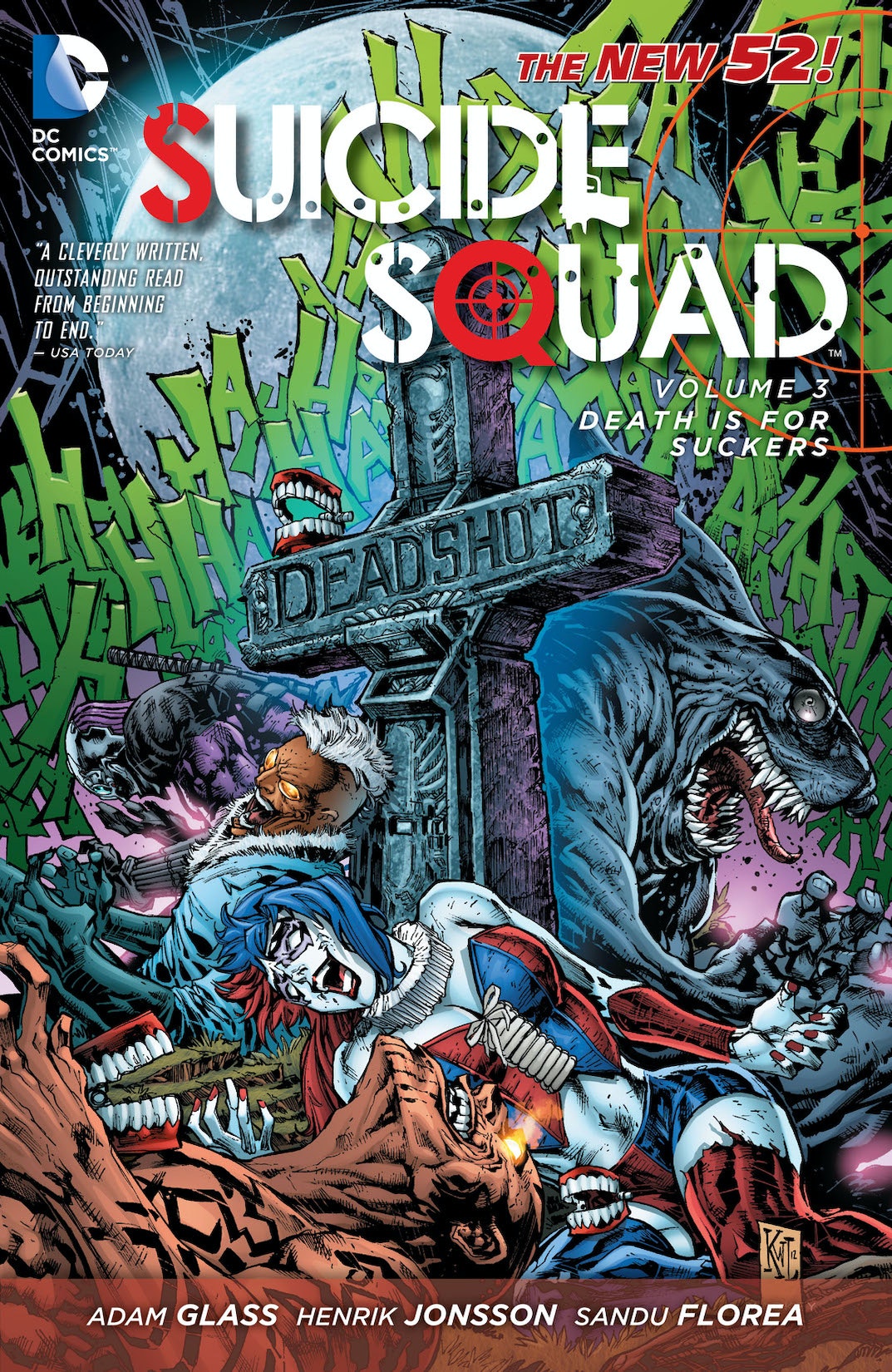 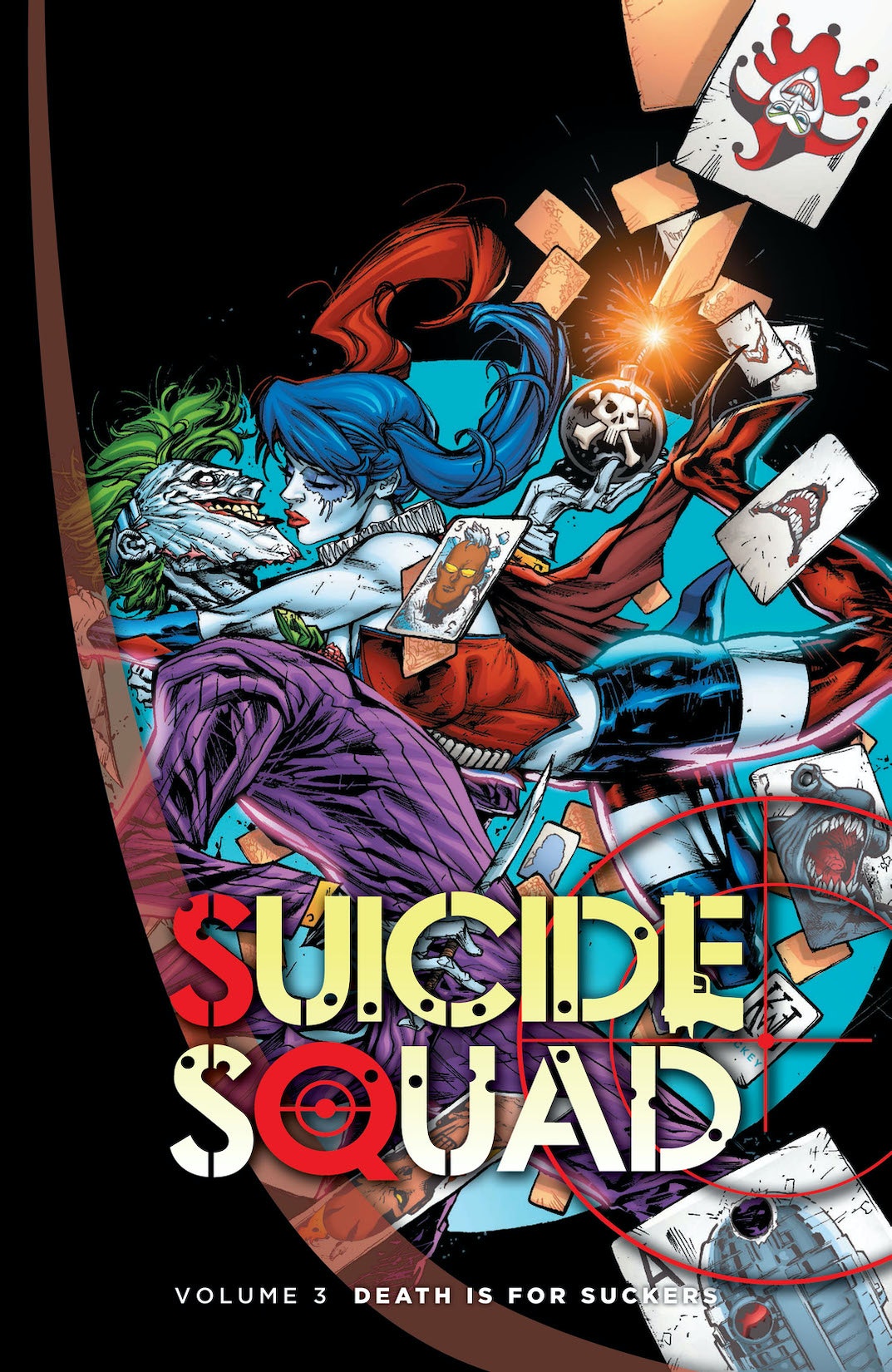 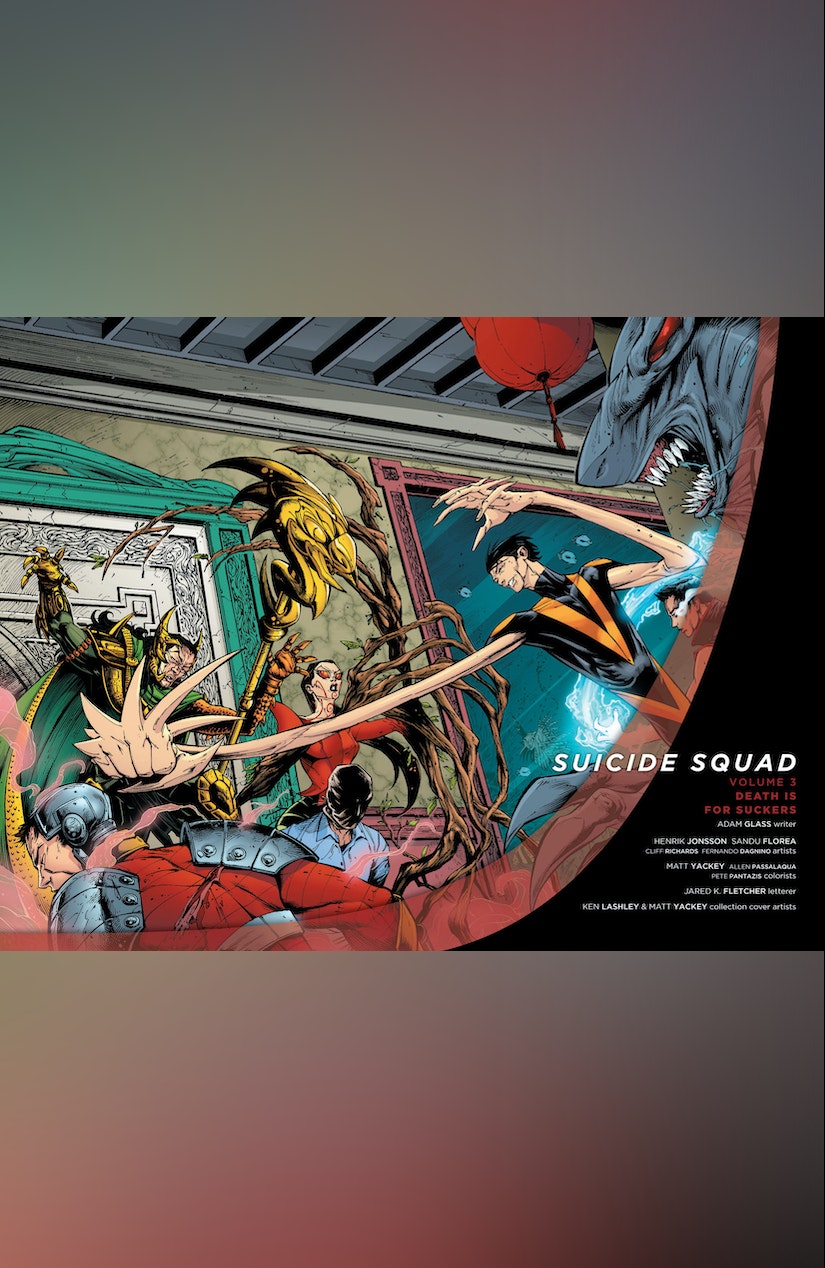 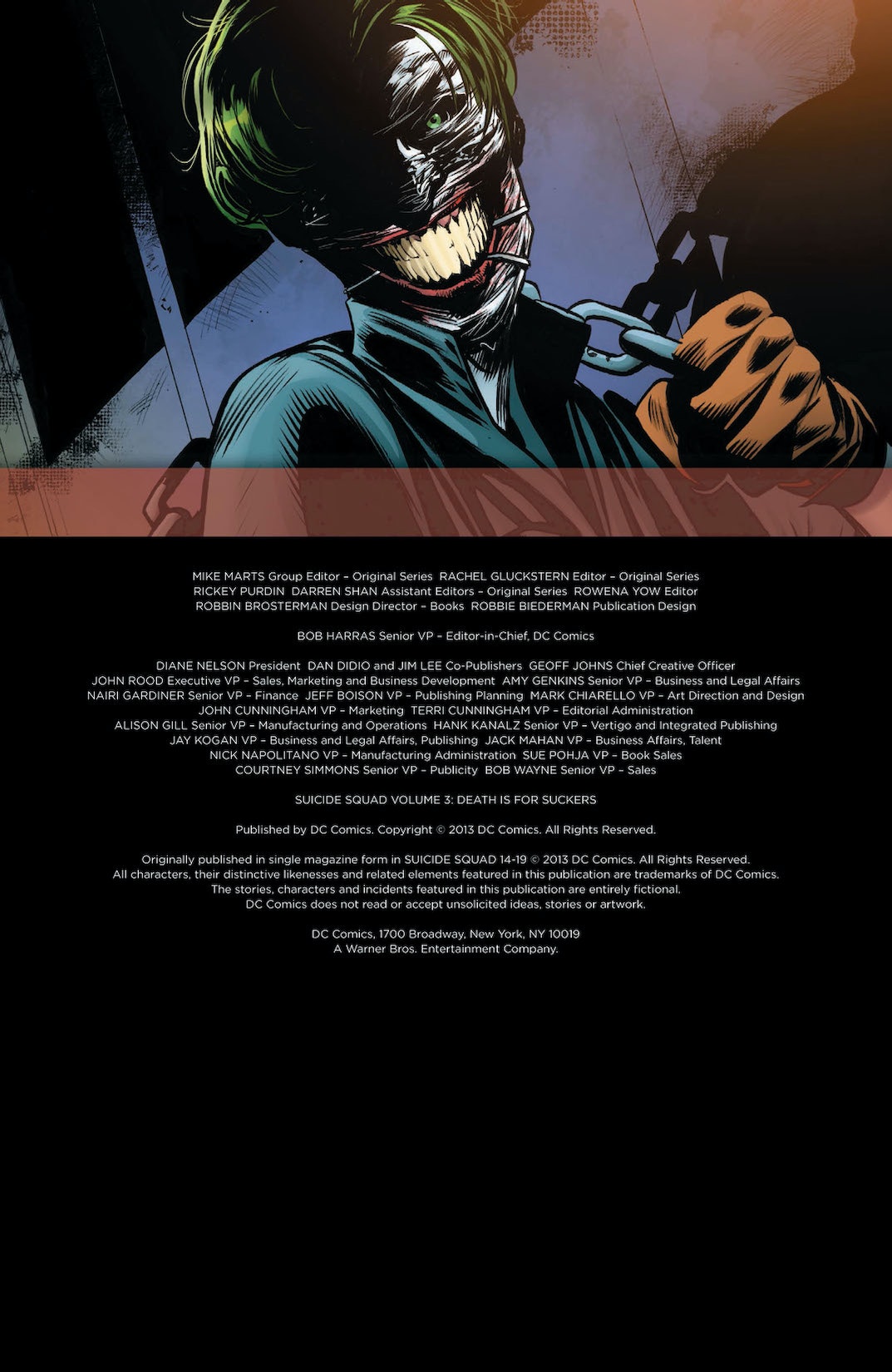 The Suicide Squad returns with an action-packed tie-in to the Batman 'Death of the Family' story! As the Suicide Squad closes in on Basilisk leader Regulus, Deadshot and Harley discover multiple Basilisk sleeper agents within their ranks. Regulus makes one final desperate gamble to save himself by controlling Harley's mind, but Deadshot makes the ultimate sacrifice for his teammate. Harley's lost 'love' the Joker casts a poisonous rain over Deadshot's funeral, leaving only Harley conscious to face the Clown Prince of Crime Angered and unable to trust Harley because of her relationship with Deadshot, the Joker tests Harley's loyalty, a test which may cost both of them their lives. Collects Suicide Squad Issues #14-19.