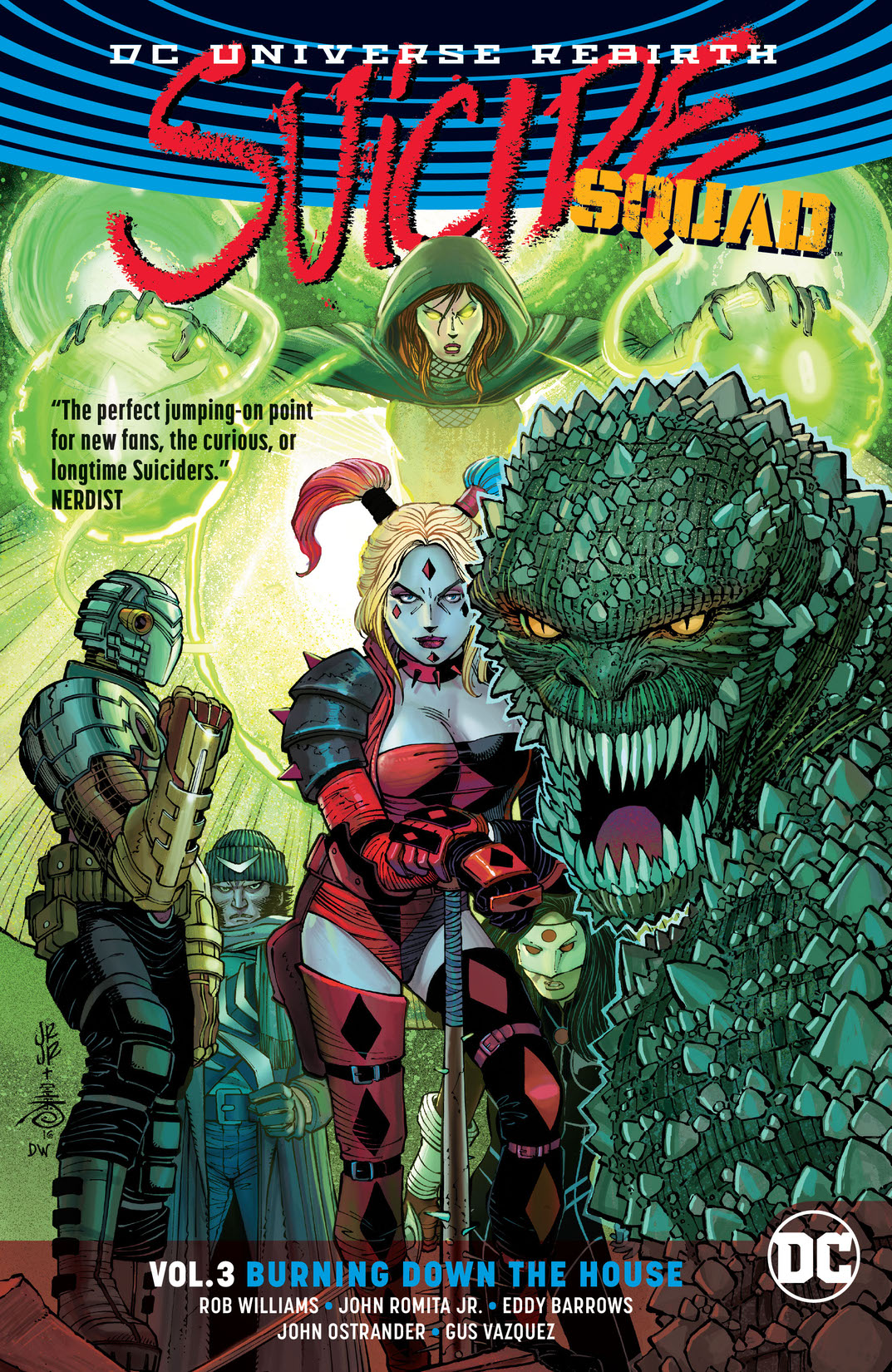 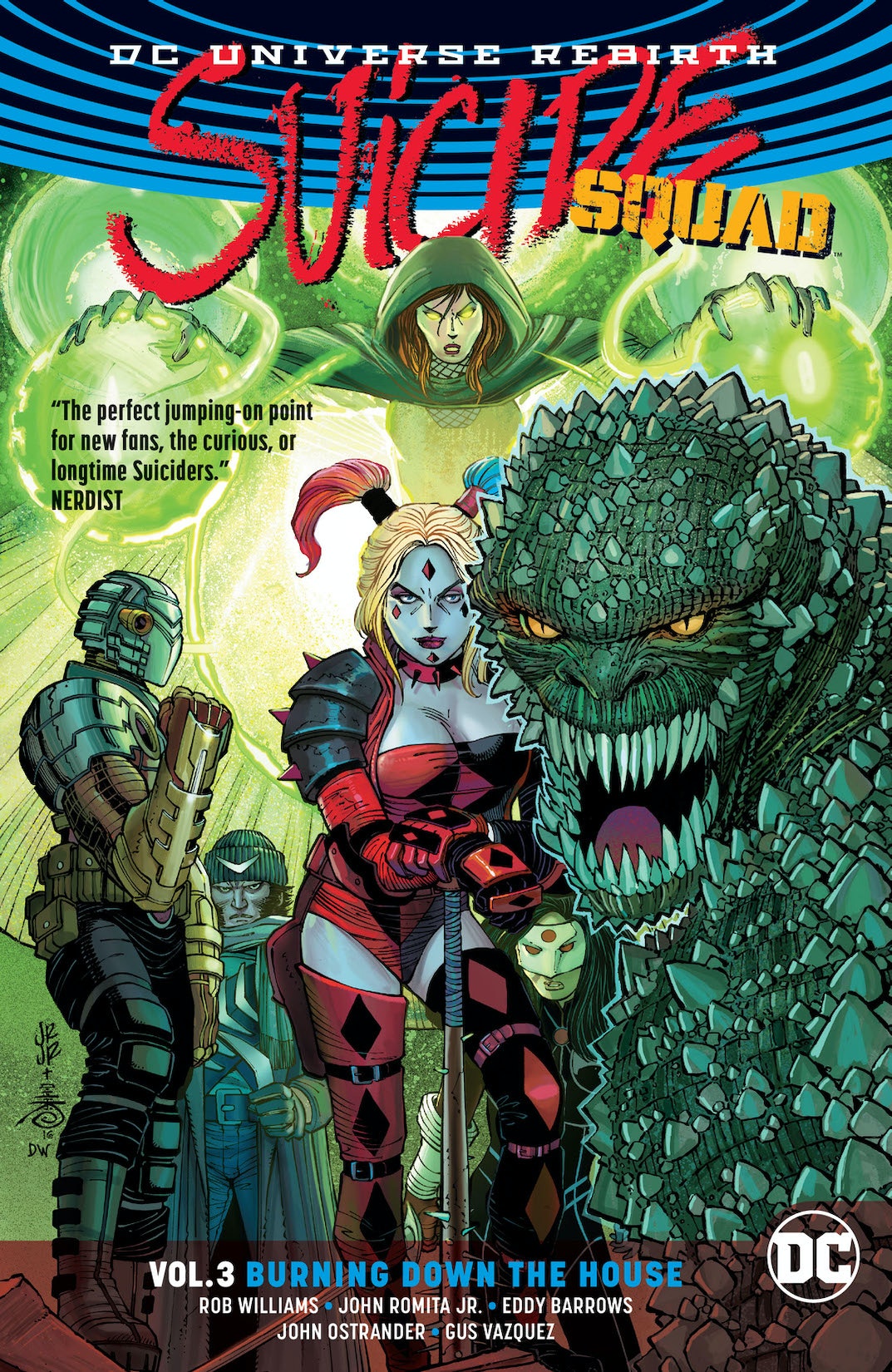 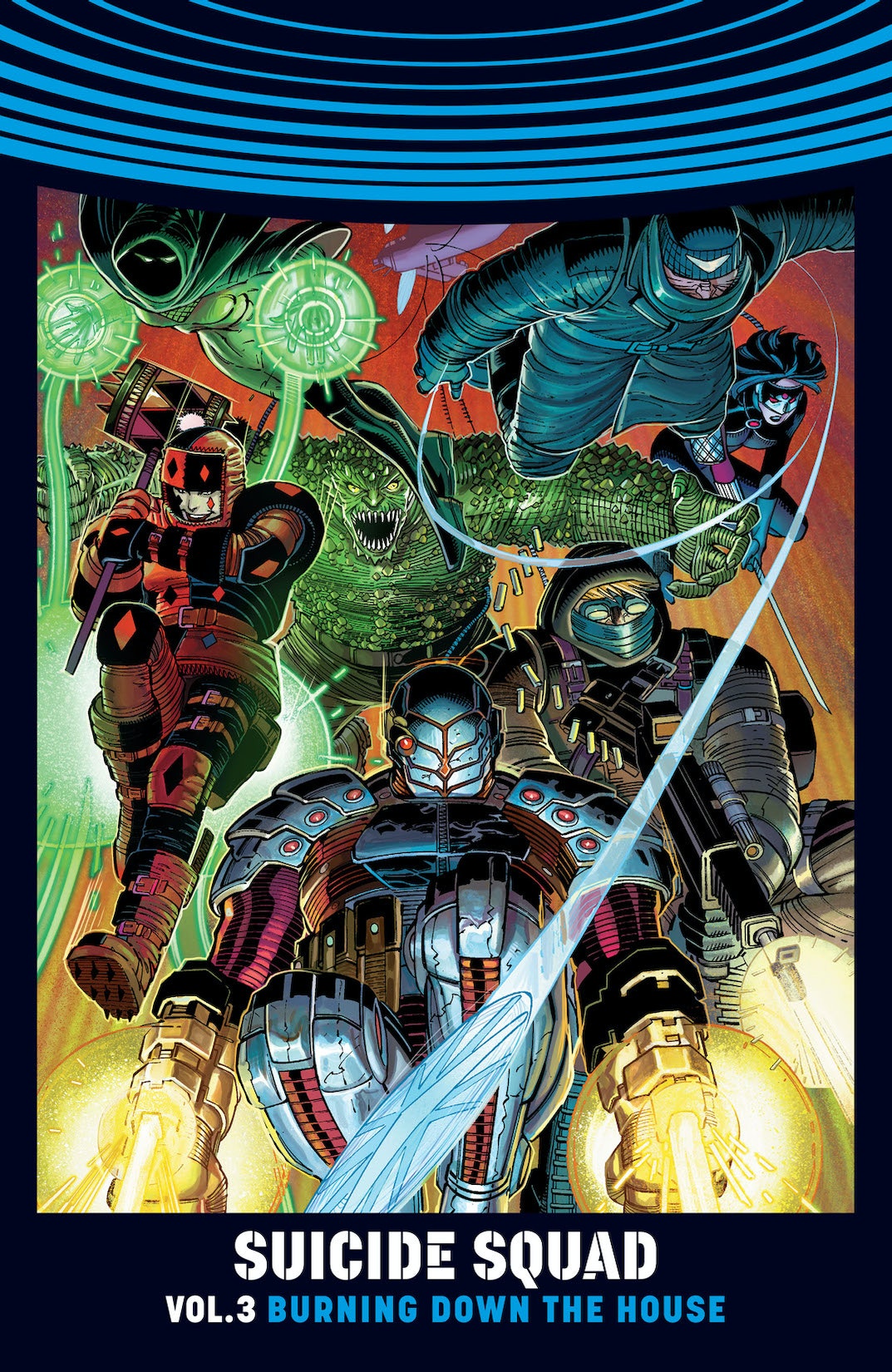 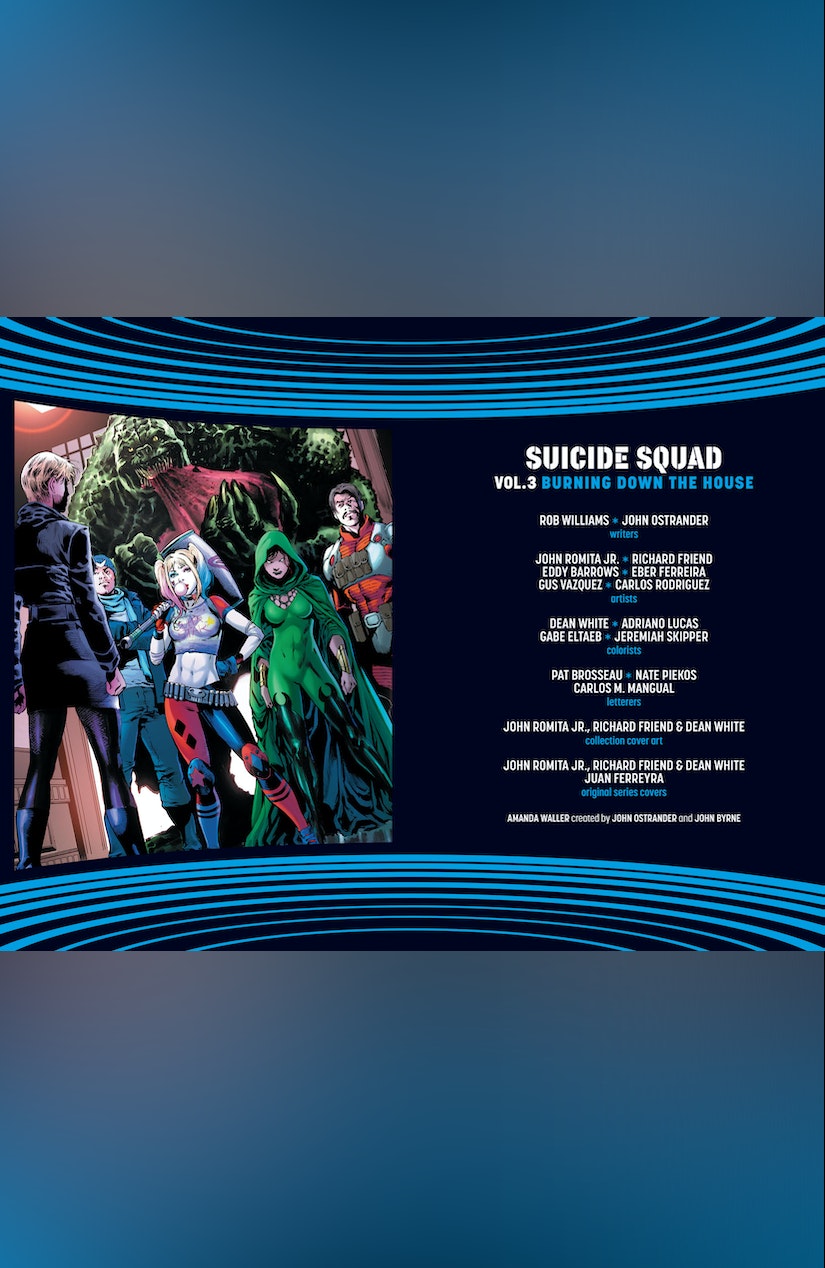 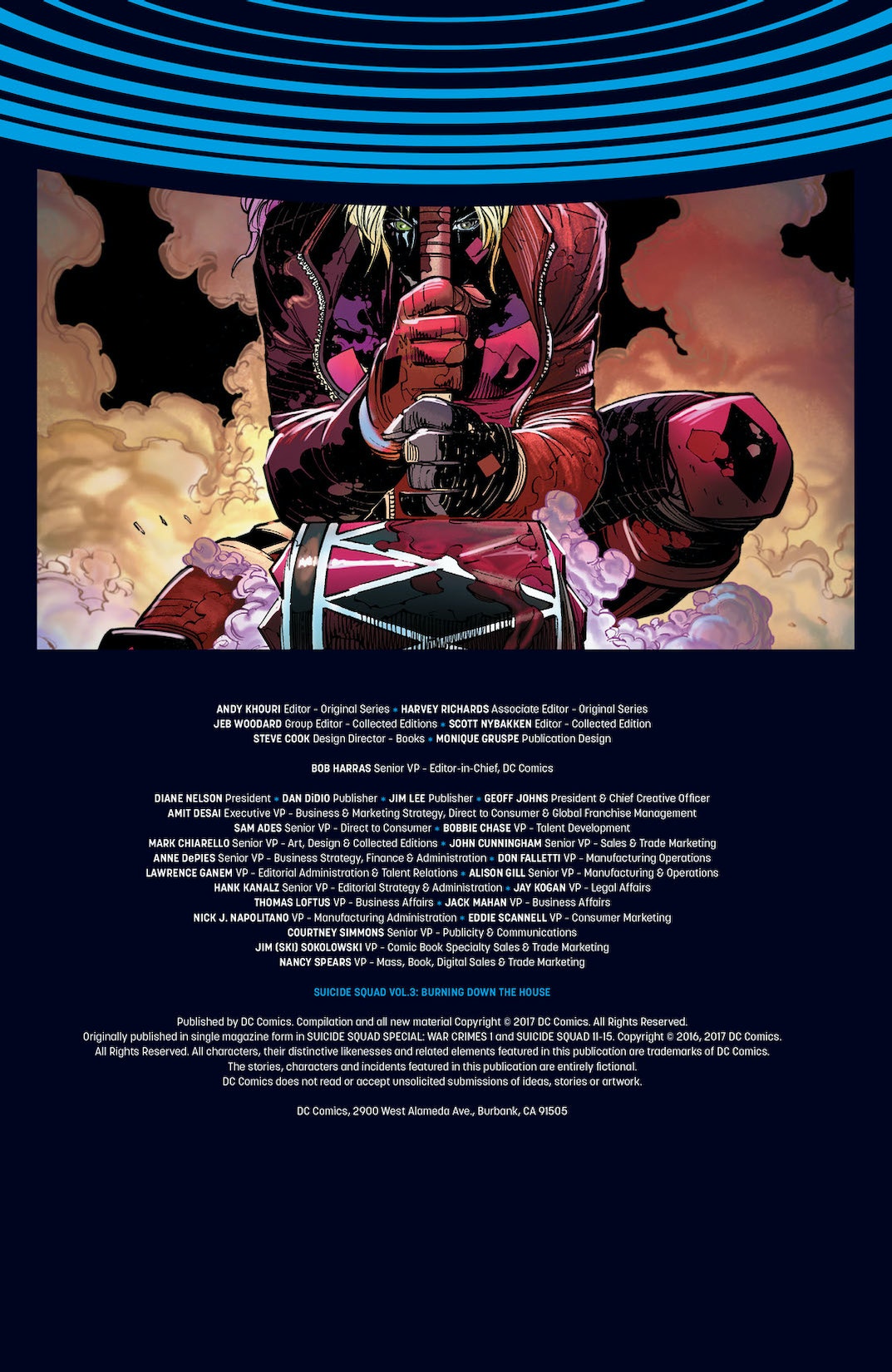 Bursting from DC’s blockbuster Rebirth event, the saga of the world’s most dangerous super-team continues in SUICIDE SQUAD VOL. 3: BURNING DOWN THE HOUSE! Uniting acclaimed writer Rob Williams with superstar artists John Romita Jr. and Eddy Barrows, this volume also includes a bonus tale of international intrigue from legendary SUICIDE SQUAD writer John Ostrander and artist Gus Vazquez! _x000D__x000D_ Deep within the world is a hidden flame—an inferno of hatred and vengeance that consumes everything it touches. In the aftermath of the war between the Suicide Squad and the Justice League, one of Amanda Waller’s greatest foes has seized that flame, and now he’s going to use it to burn down everything she holds dear—starting with her home base, the Belle Reve Penitentiary._x000D__x000D_ The result is one of the Squad’s greatest challenges yet: holding together as a unit while fighting to keep their fellow super-villains behind bars. When faced with the chance to escape Waller’s control, however, one member of the team will seize the opportunity—and launch a bloody betrayal in the process. _x000D__x000D_ Can an enraged Harley Quinn track down the traitor—and take down the mastermind behind the mutiny—before Task Force X is terminally disbanded?_x000D__x000D_ Collects SUICIDE SQUAD #11-15 and the SUICIDE SQUAD SPECIAL: WAR CRIMES #1.