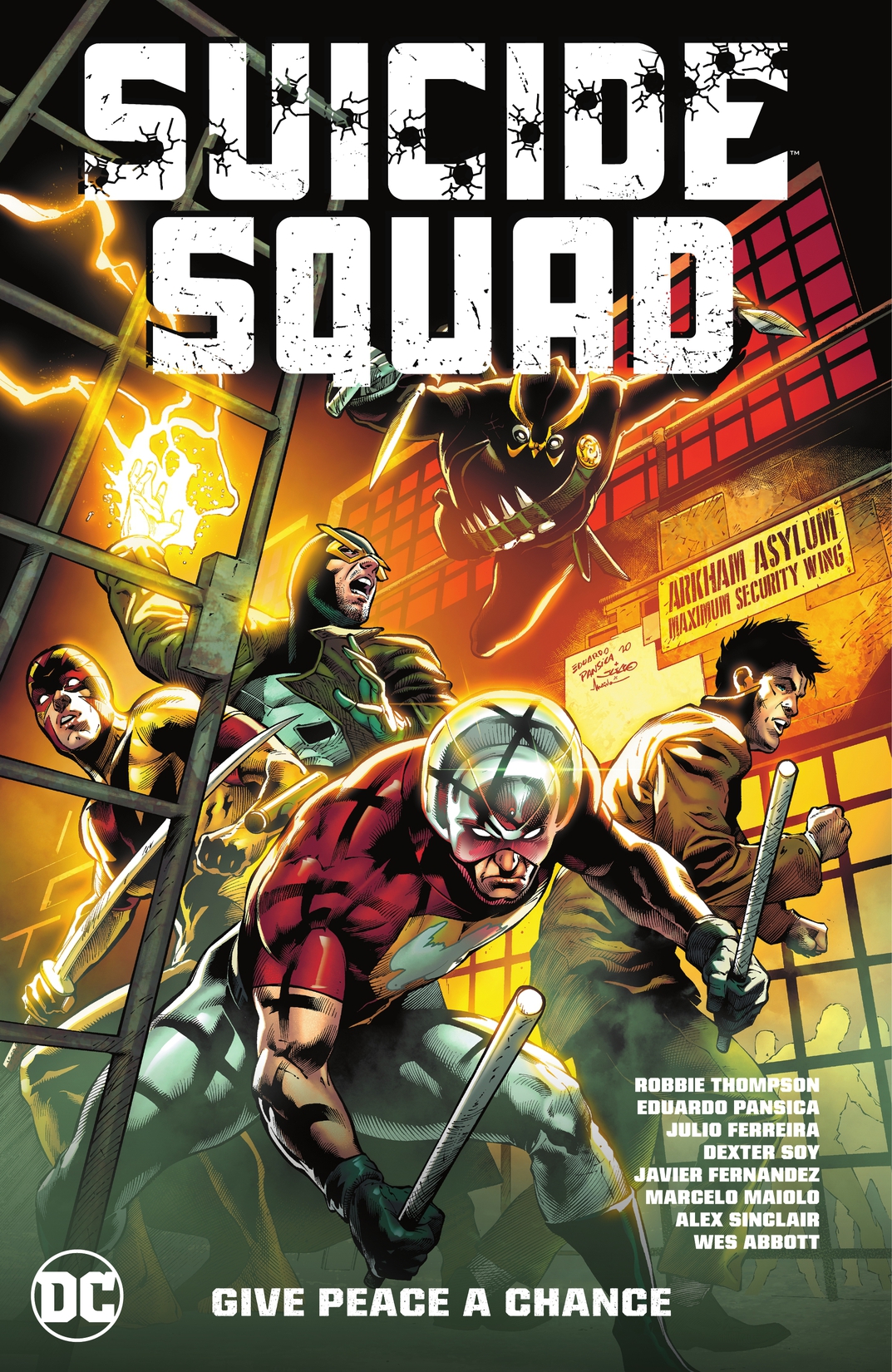 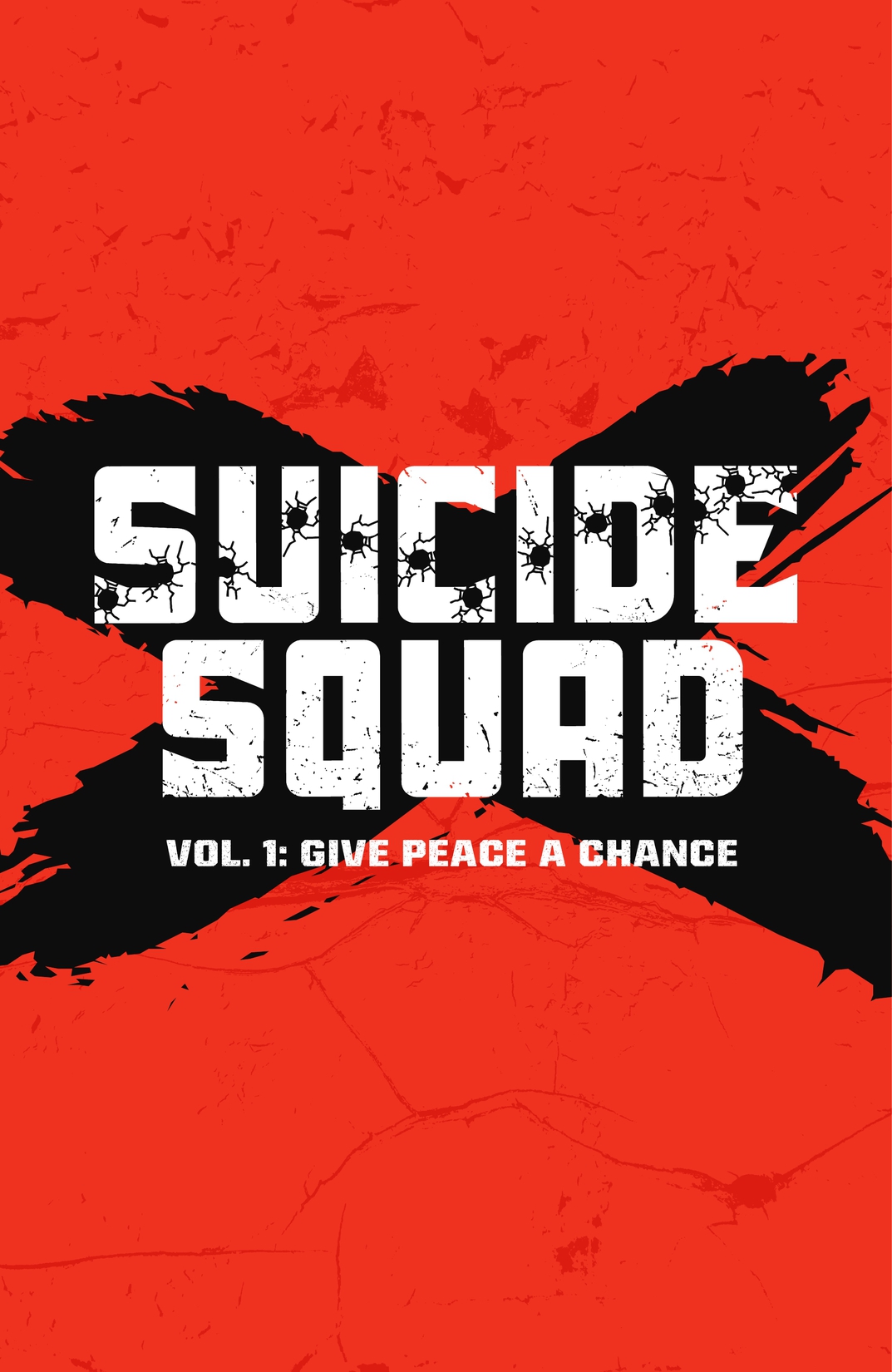 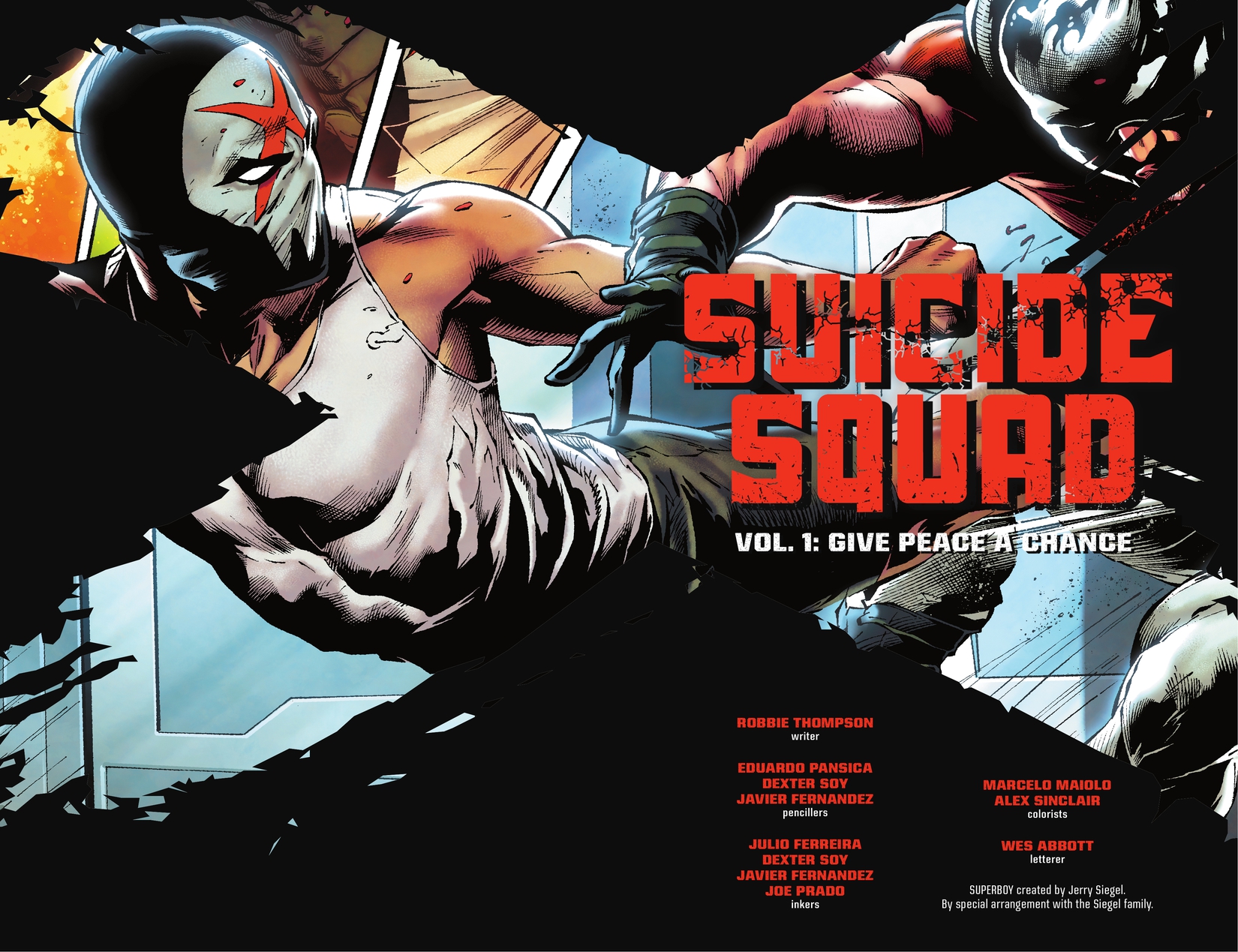 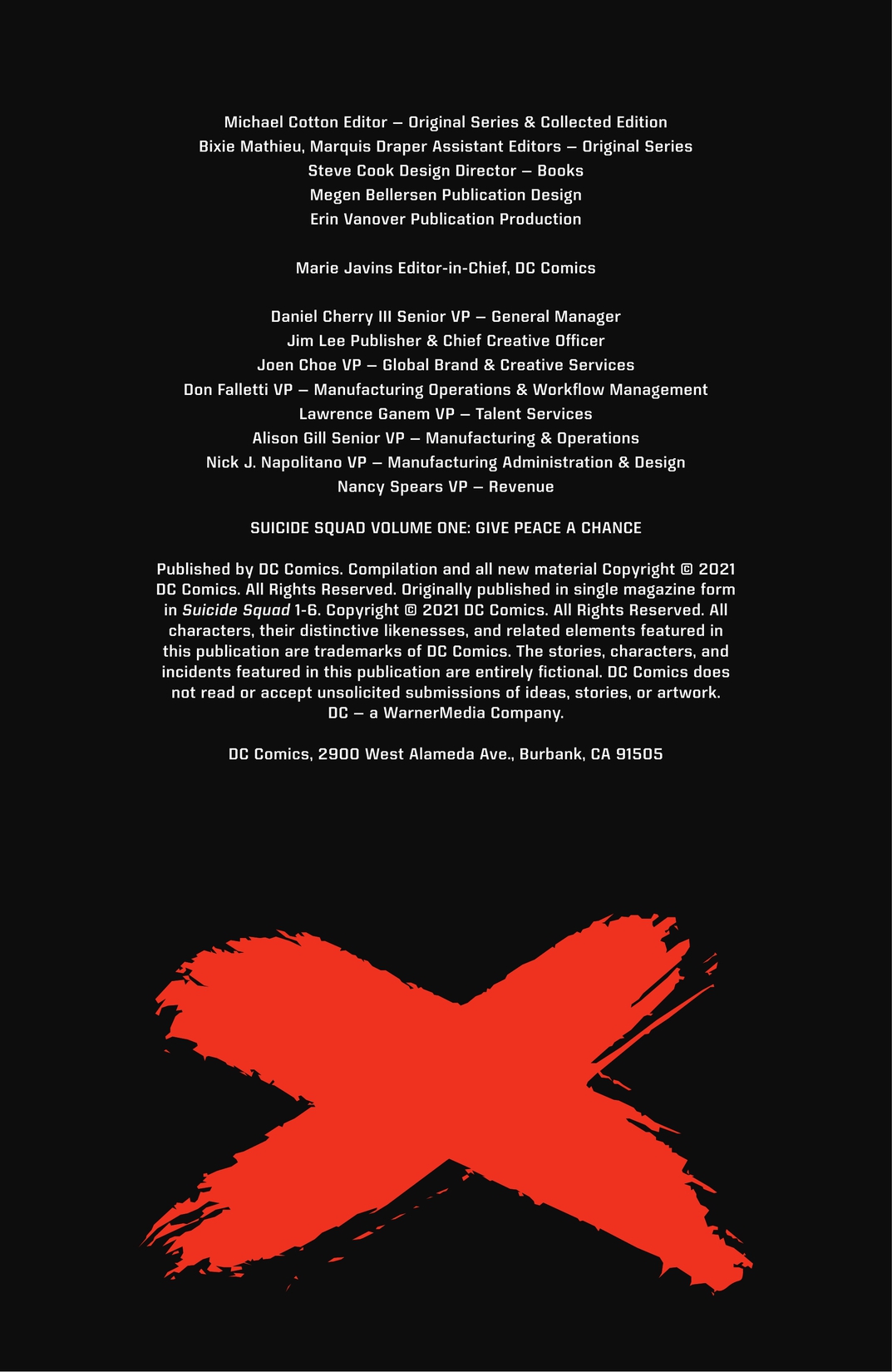 Recruited to lead Task Force X, Peacemaker's first mission forces him into Gotham's Arkham Asylum, where he and his team must free the deadly assassin known as Talon. But forming his team is only one of the peace-loving hero's hurdles as he must also face the threats of Red X from Teen Titans Academy and the perils of Earth-3. Collecting Future State: Suicide Squad #1-2 and Suicide Squad #1-6.