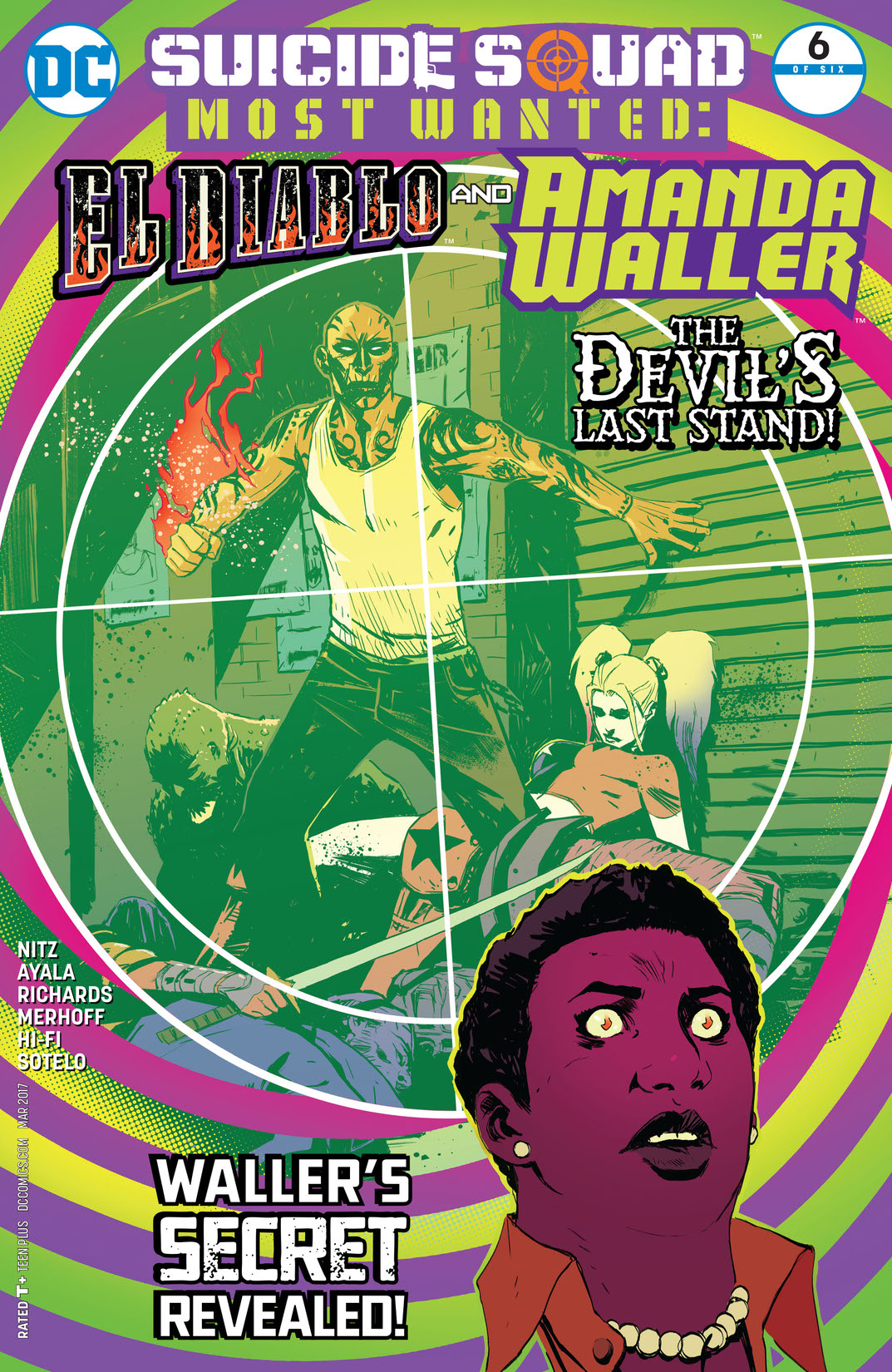 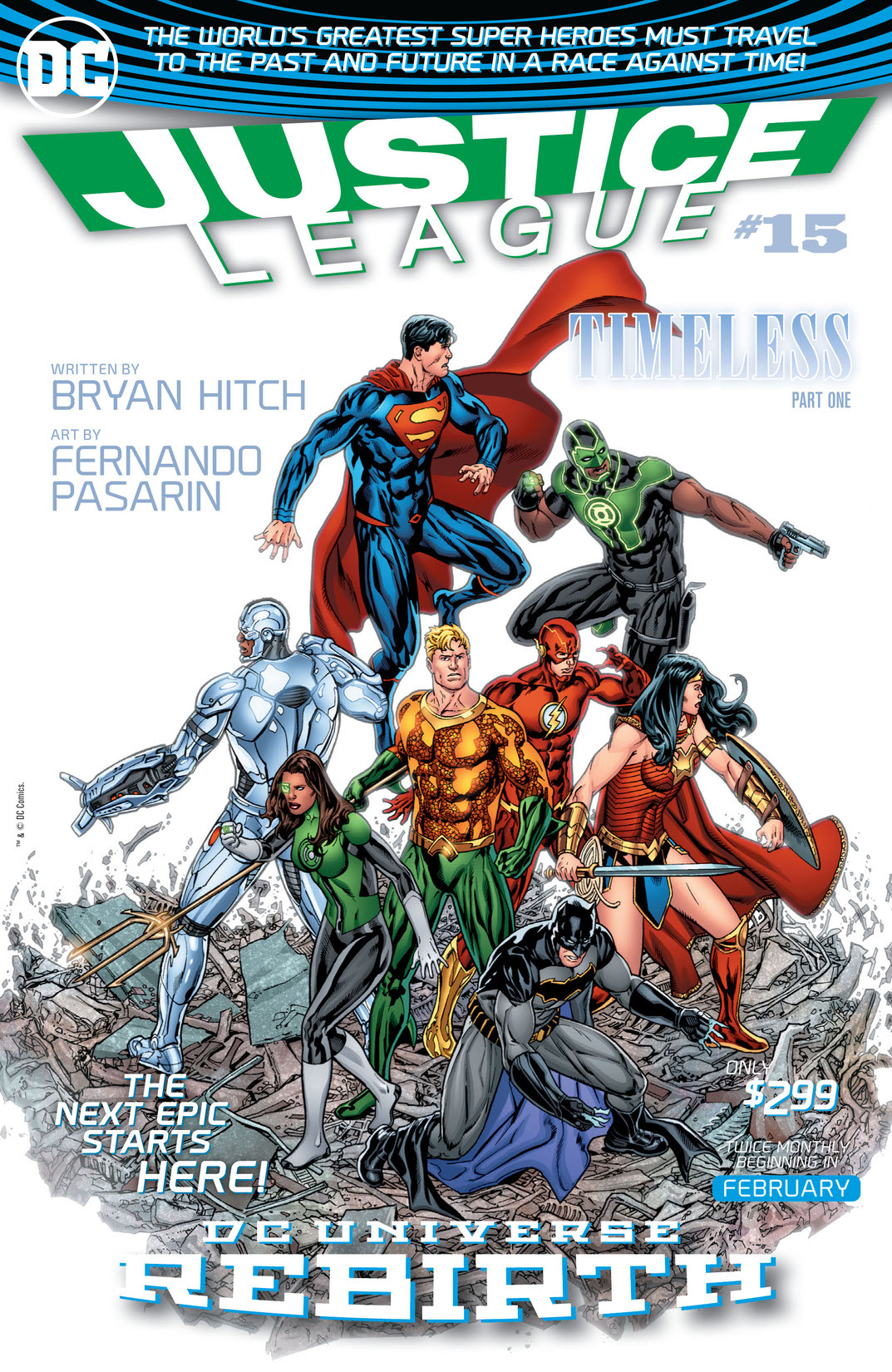 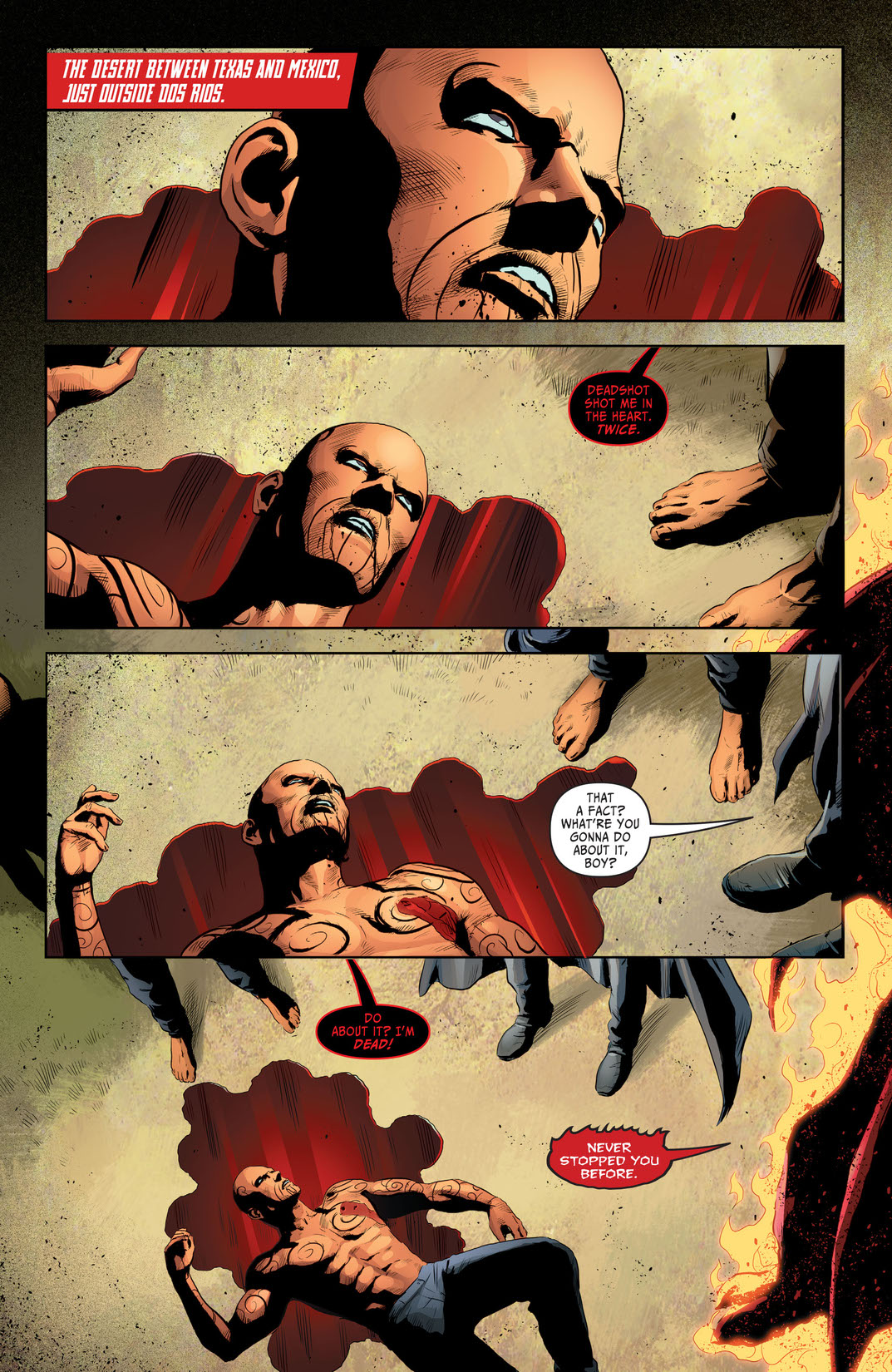 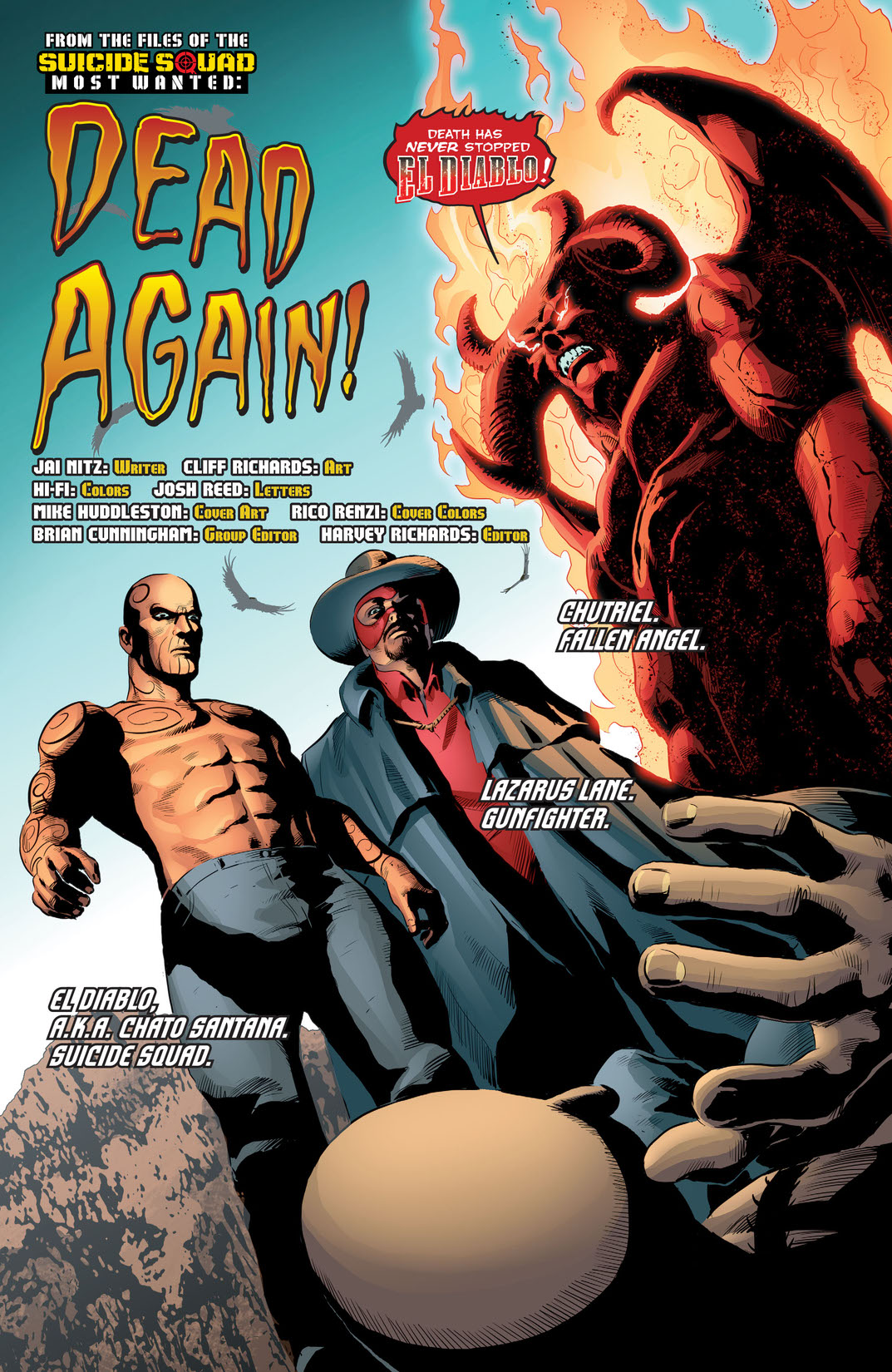 El Diablo is the most wanted man in the world-wanted by Checkmate, the Suicide Squad and now Justicia, the Mexican Justice League. Cornered, beaten and bloody, will Chato choose love, revenge or freedom? Will he sacrifice his freedom to save the woman he loves or kill the man he hates? Or will he die in the desert again? If he dies, he won’t be alone. And in this issue’s second tale, held prisoner in her own mind by a powerful drug, Waller must face the things she’s done to get to where she is, while the Squad struggles to survive being hunted by killers who know their weaknesses!