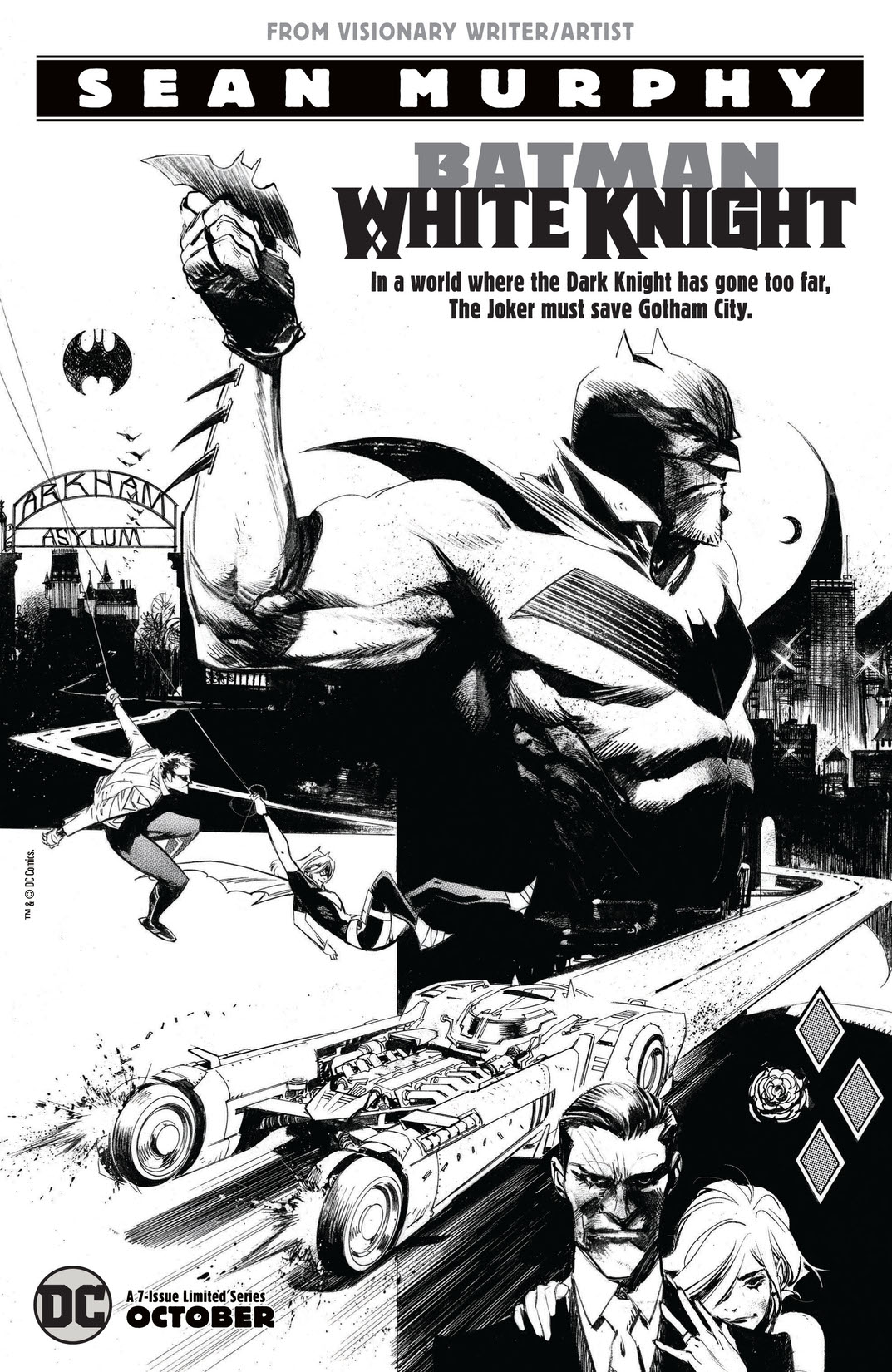 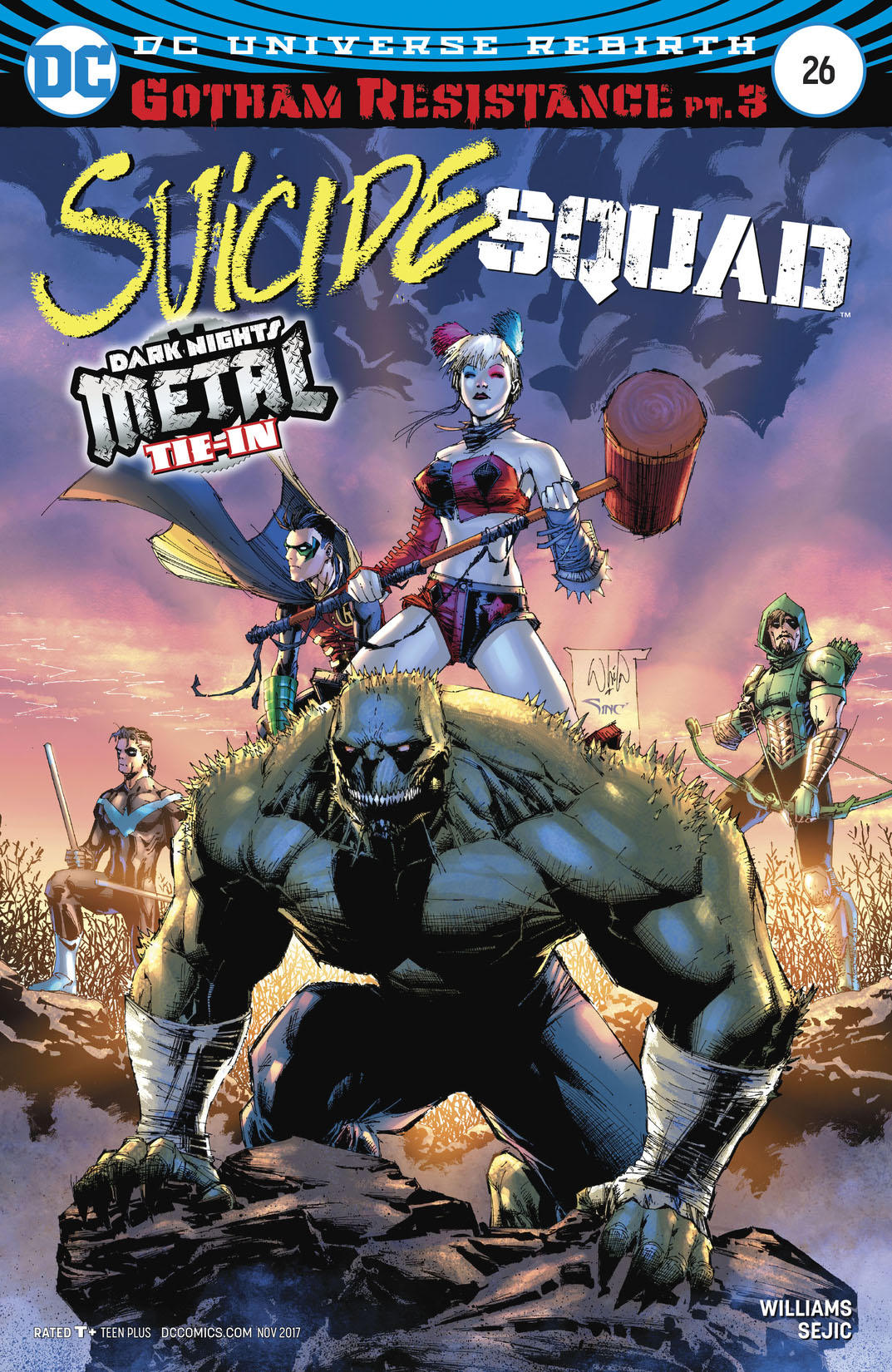 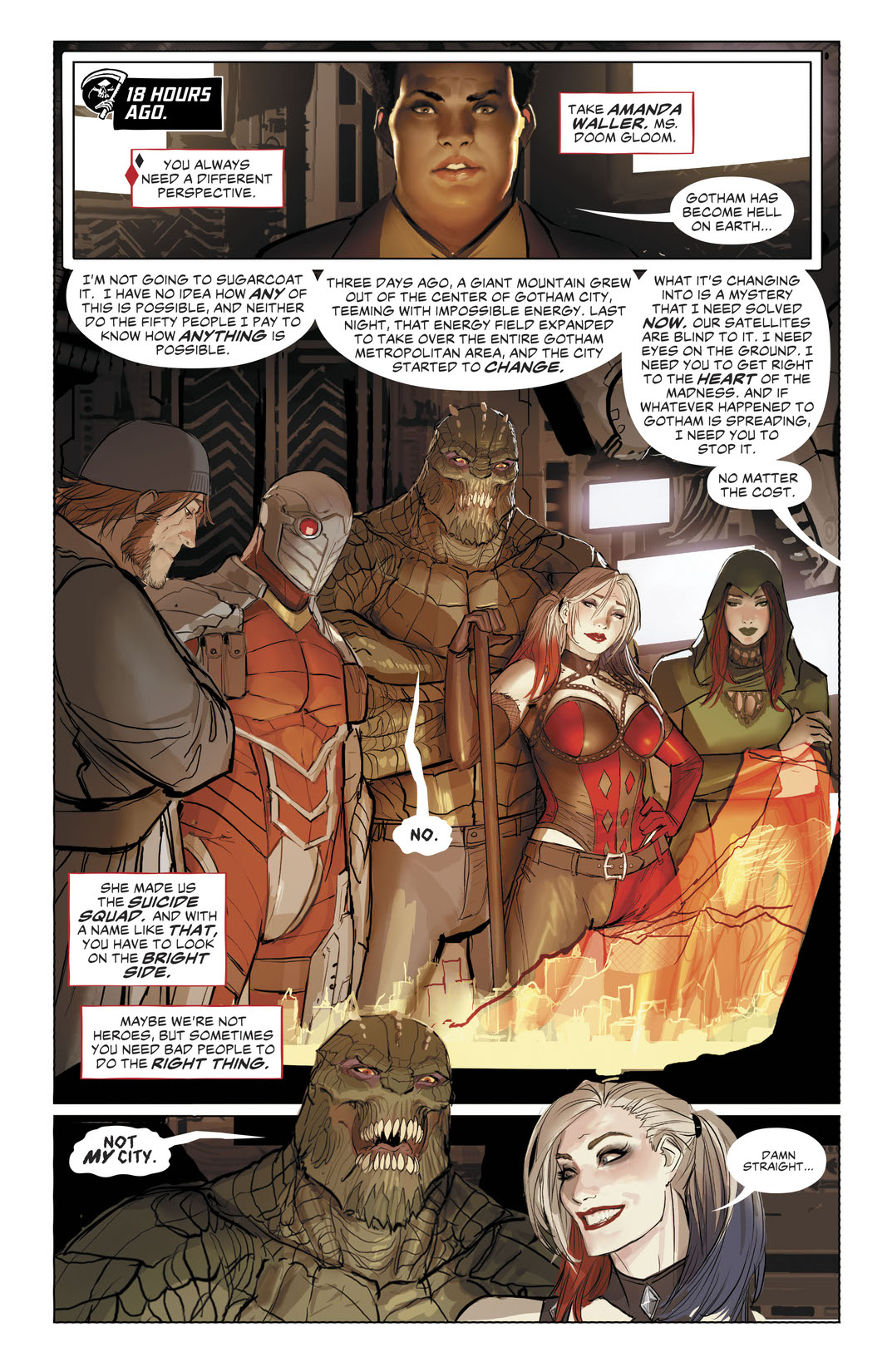 A DARK NIGHTS: METAL tie-in! “GOTHAM RESISTANCE” part three! With realms dominated by twisted visions of Firefly, Poison Ivy, Two-Face, Scarecrow and Bane stretched out as far as the eye can see, the chances of saving Gotham City from the incursion of the Dark Multiverse are next to impossible. Which sounds like a job for the SUICIDE SQUAD! Harley Quinn, the most unlikely of team leaders, must use her special ops experience to command a charge of heavy metal heroes into their deadliest adventure yet!