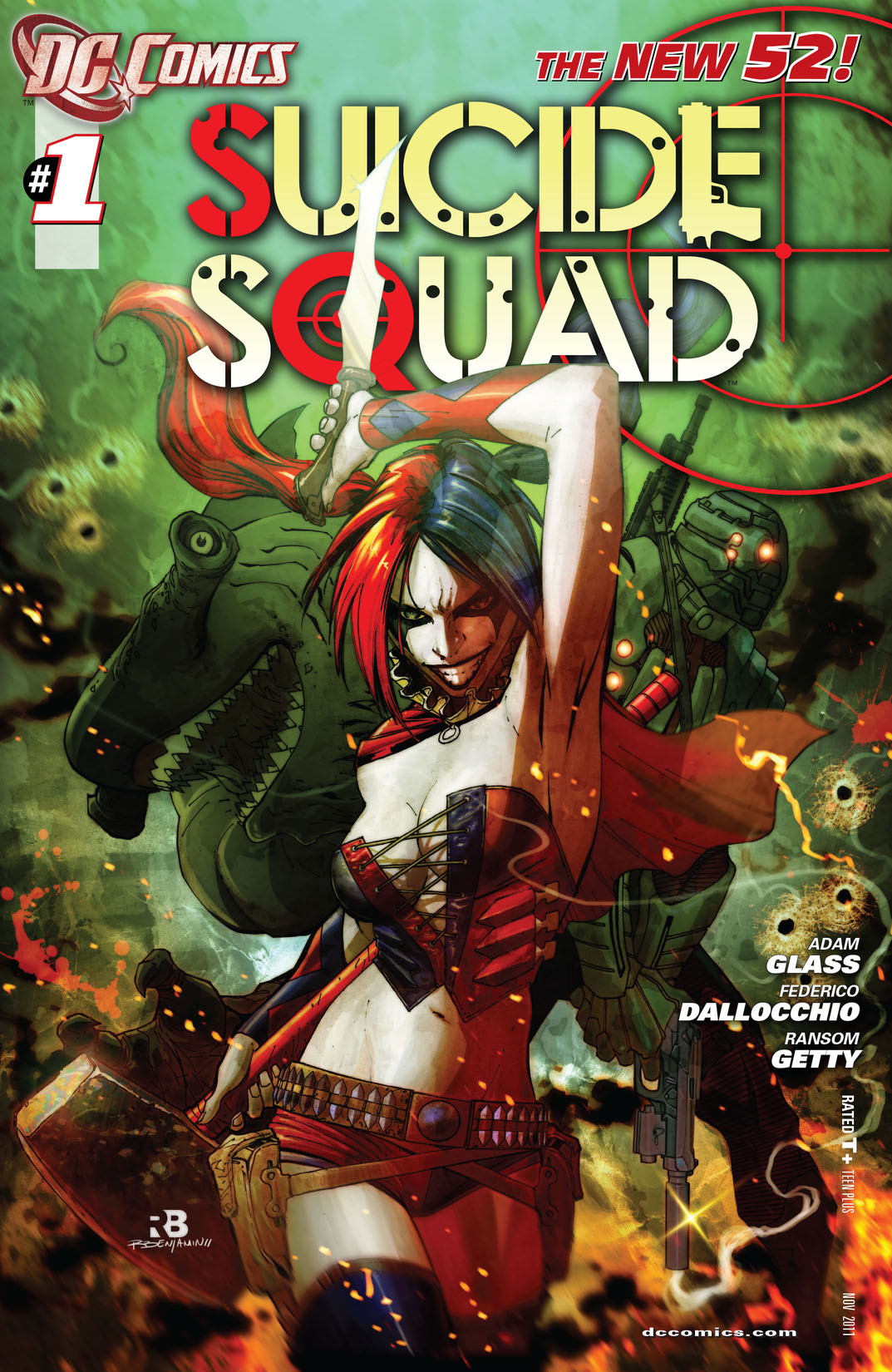 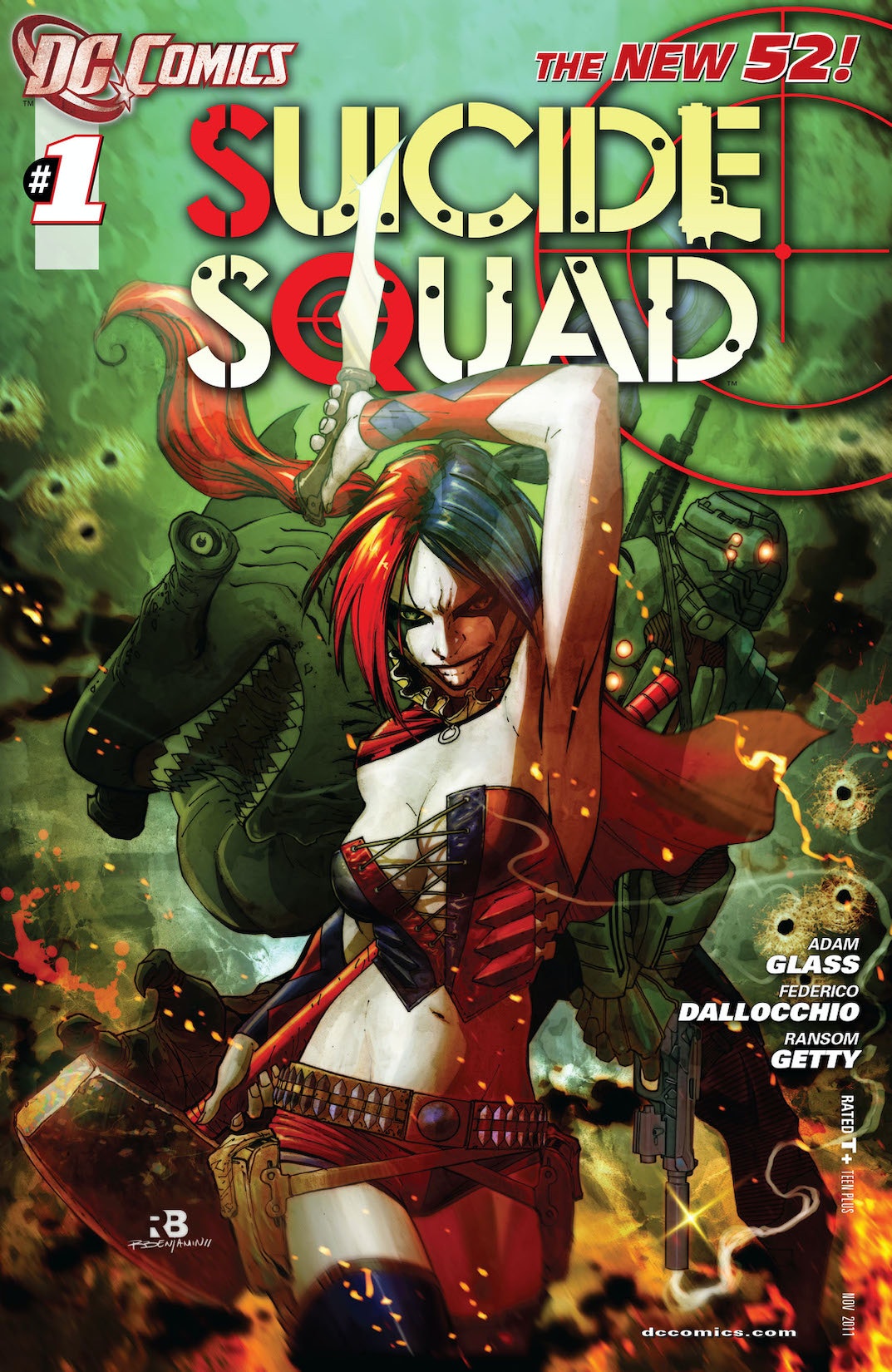 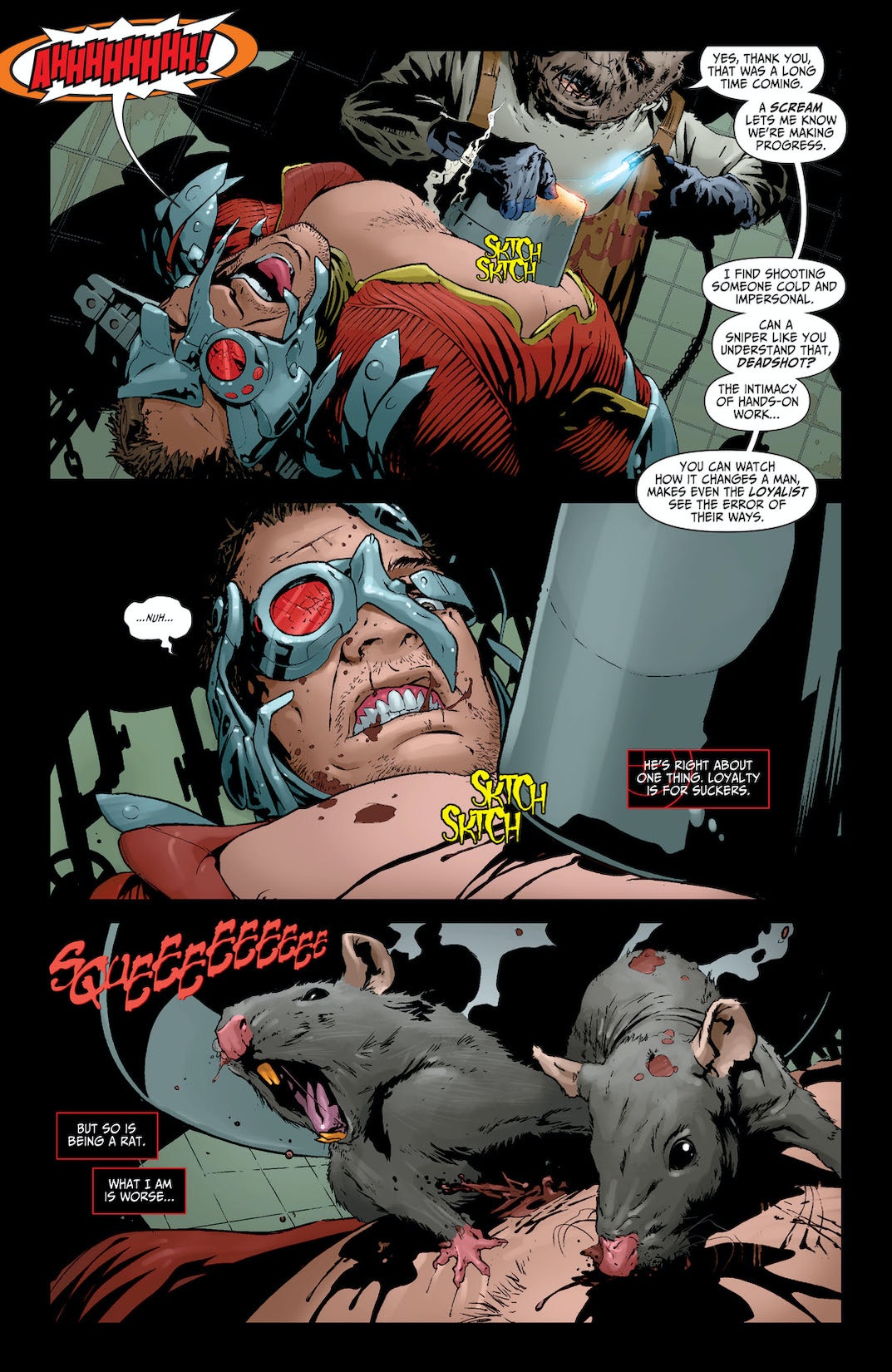 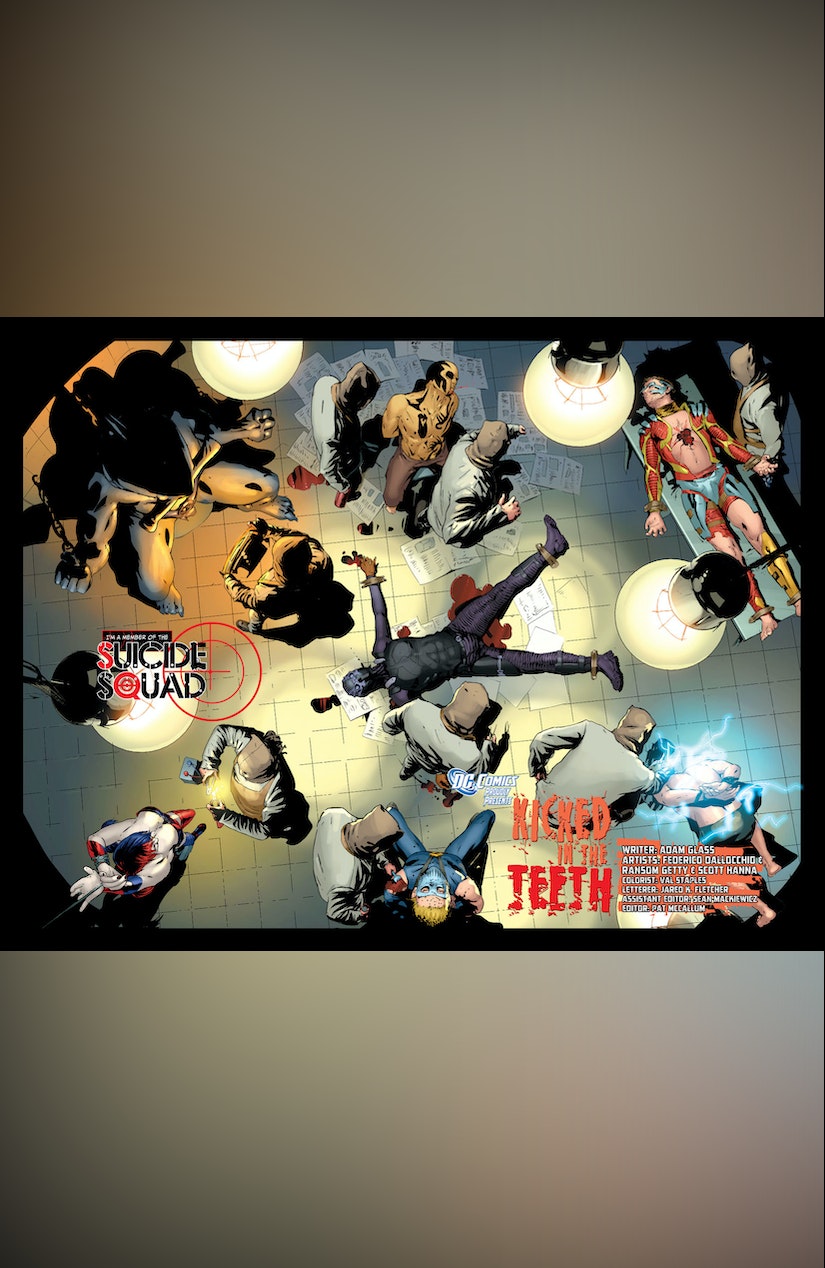 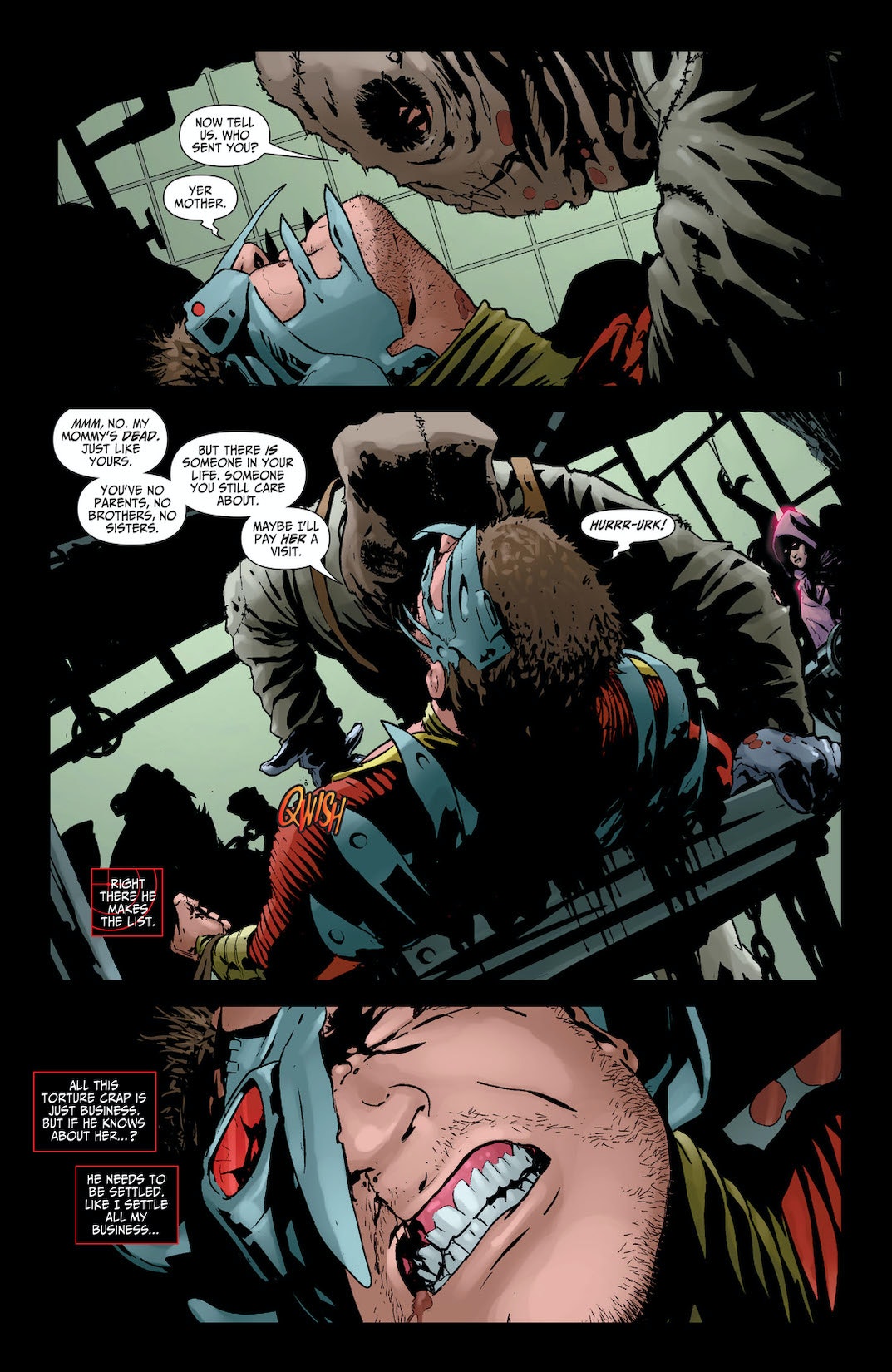 They're a team of death-row super villains recruited by the government to take on missions so dangerous they're sheer suicide! Harley Quinn! Deadshot! King Shark! Defeated and imprisoned, they're being interrogated about their mission—and about who's pulling the strings behind this illegal operation.