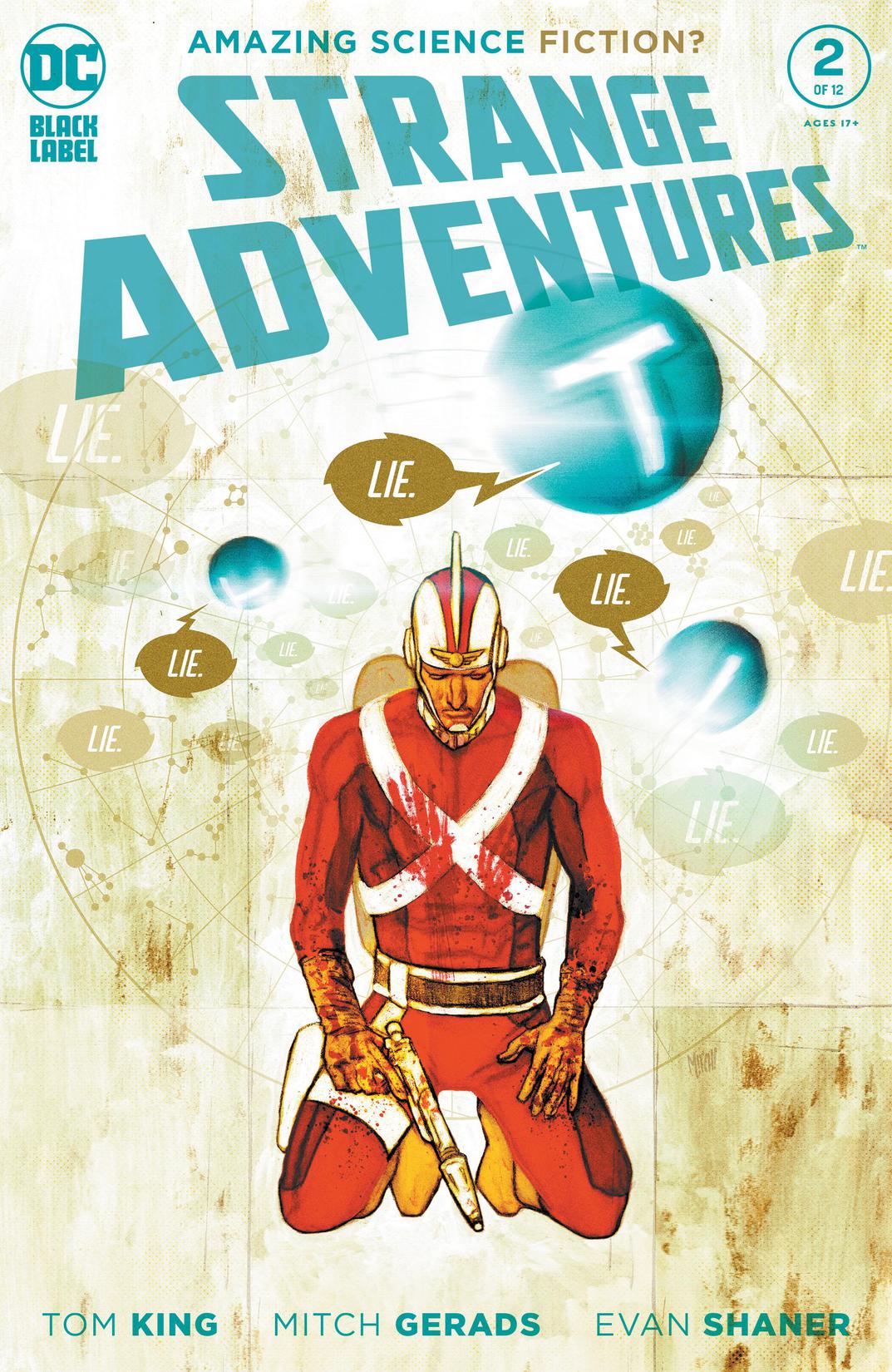 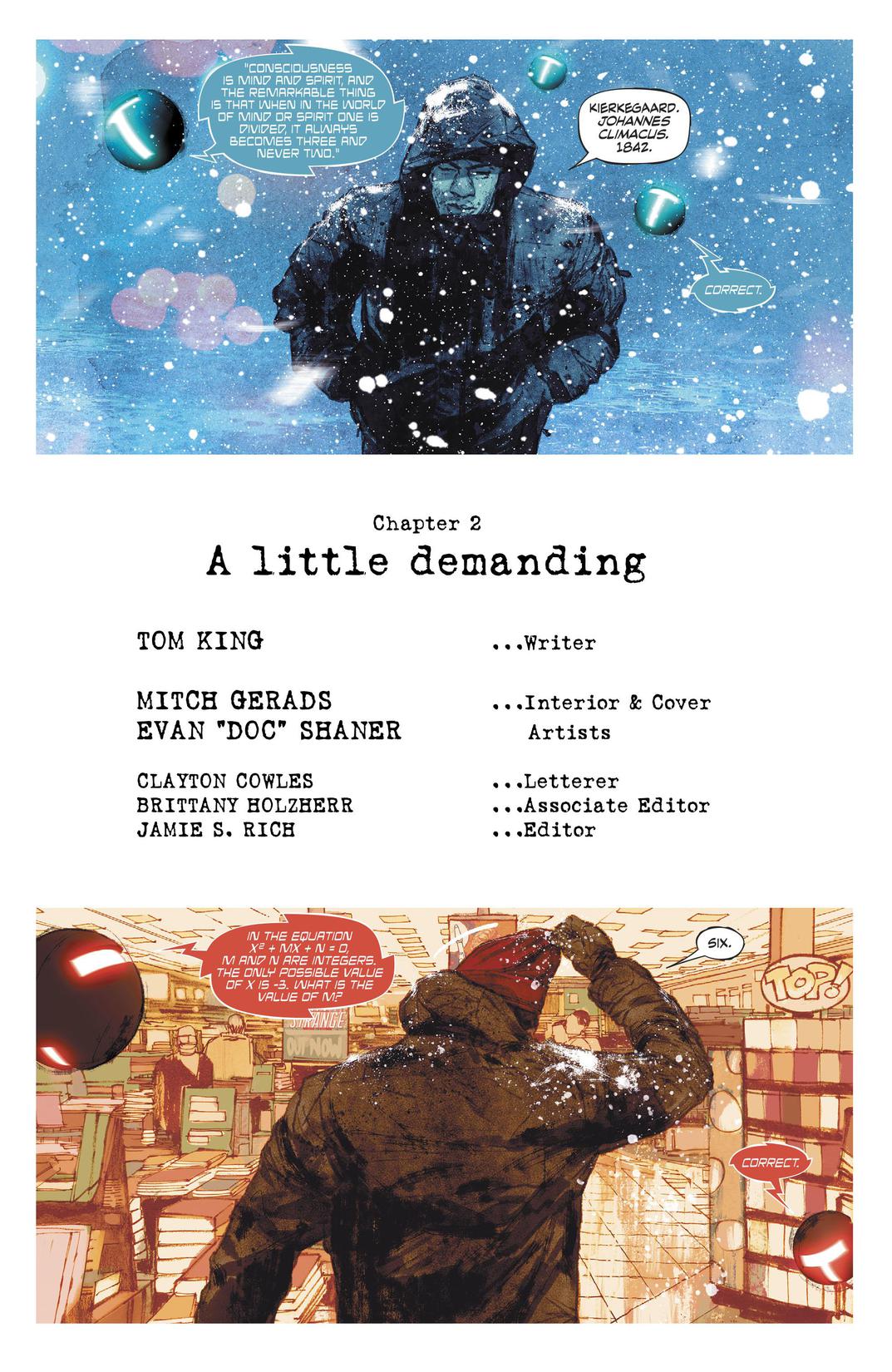 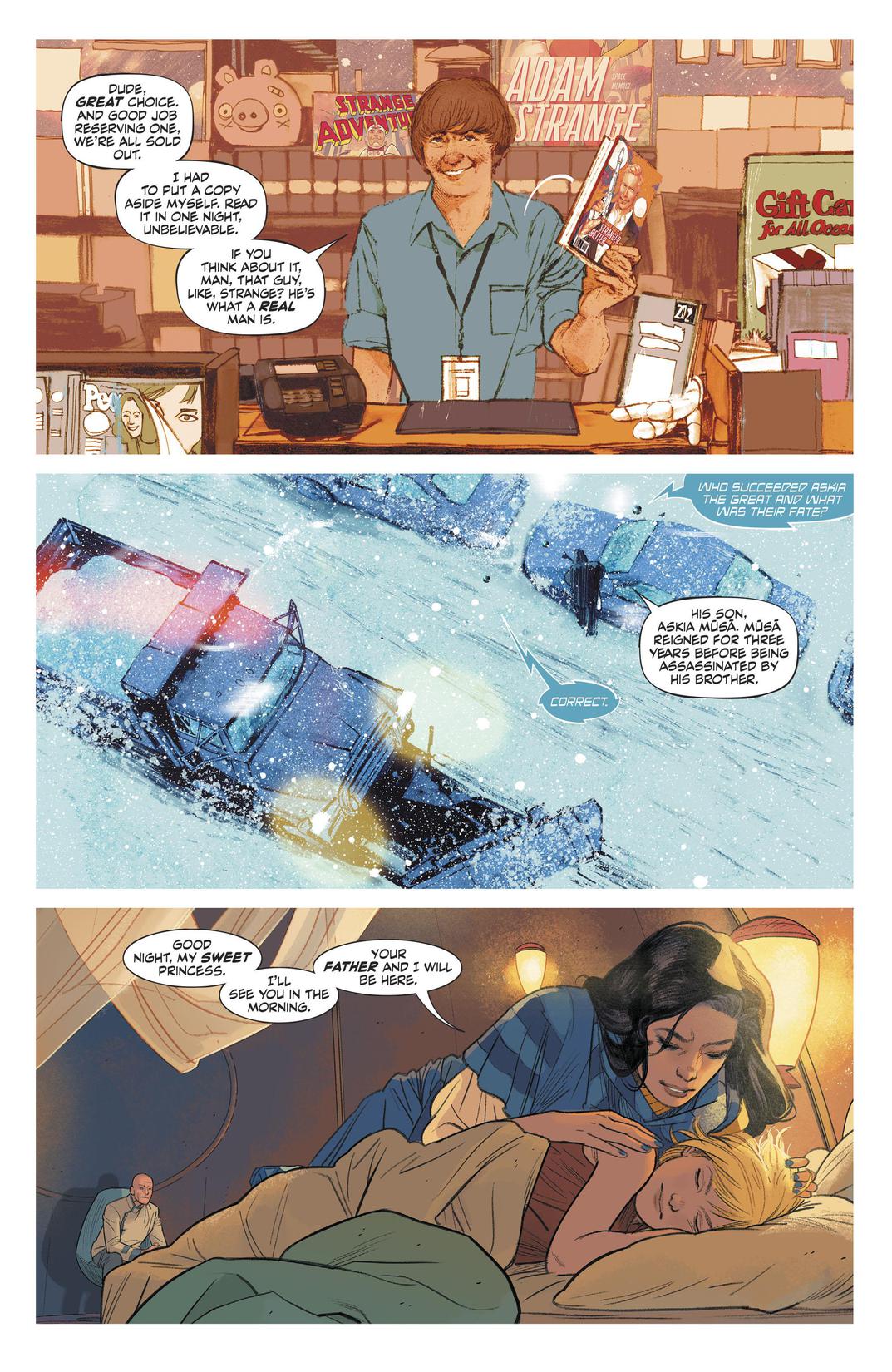 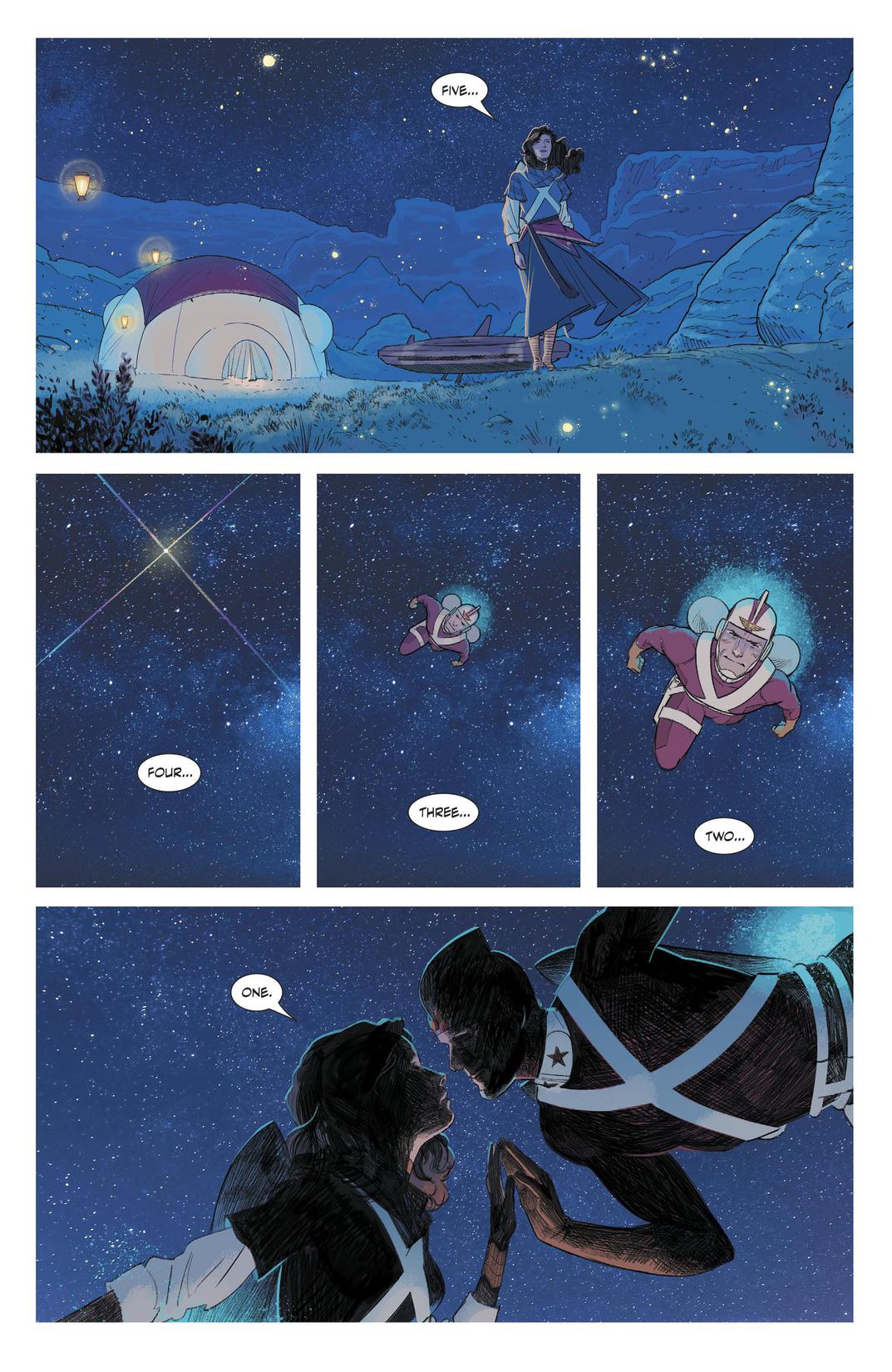 What is the truth about Adam Strange? When an activist who publicly accused him of war crimes ends up dead, the public begins to doubt Strange’s stories about his adventures on the planet Rann-and he’s even starting to doubt himself. It’s going to take a special investigator to get the truth, and he’s going to have to tear apart Adam Strange’s life and reputation to do it. A special miniseries set on two worlds, it takes two artists to bring Strange Adventures to life. Mitch Gerads tackles the earthbound sequences, while Doc Shaner launches us into space. And it’s all written by Tom King, the Eisner Award-winning writer who brought you Mister Miracle, Omega Men, and Sheriff of Babylon.