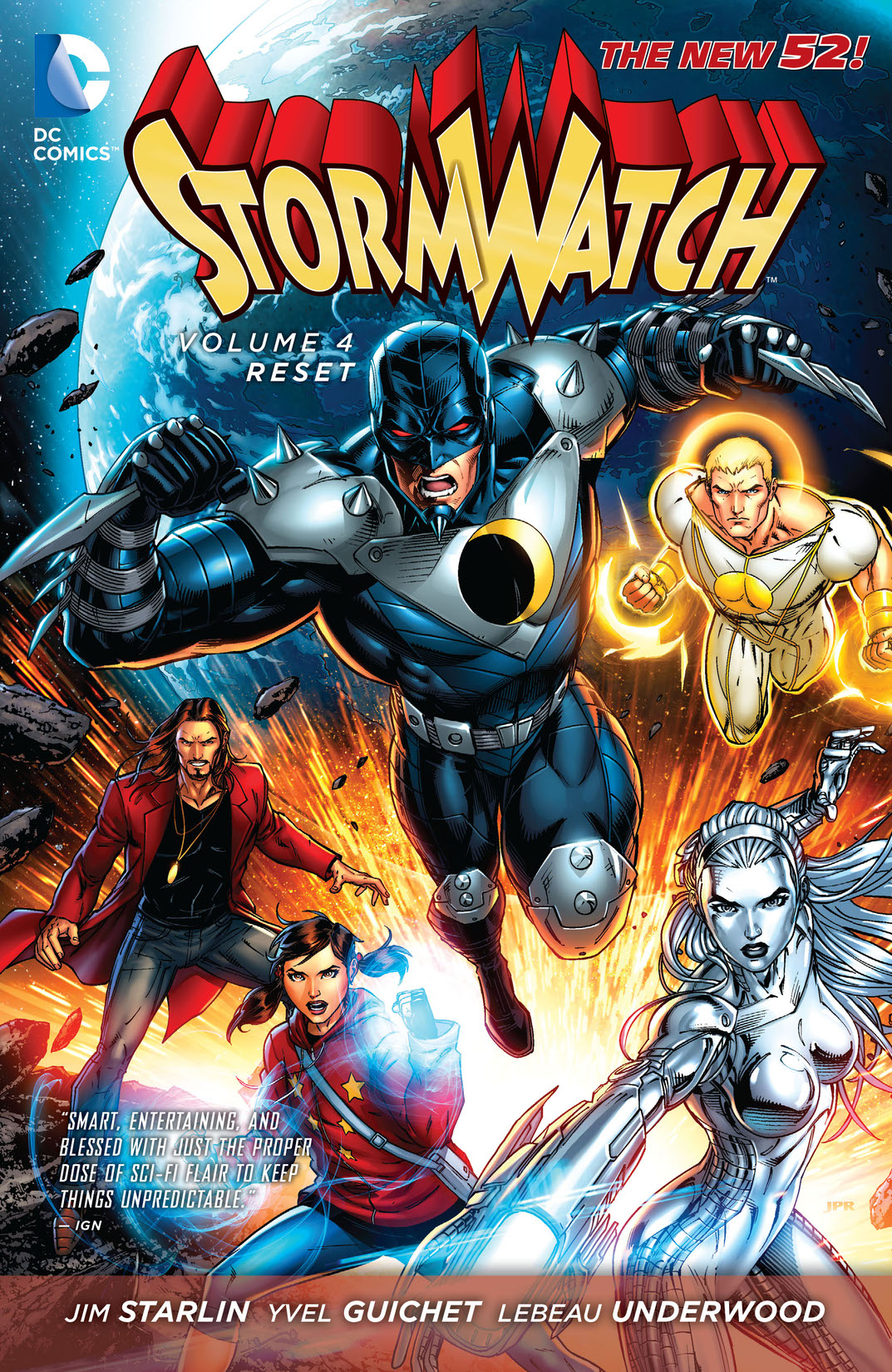 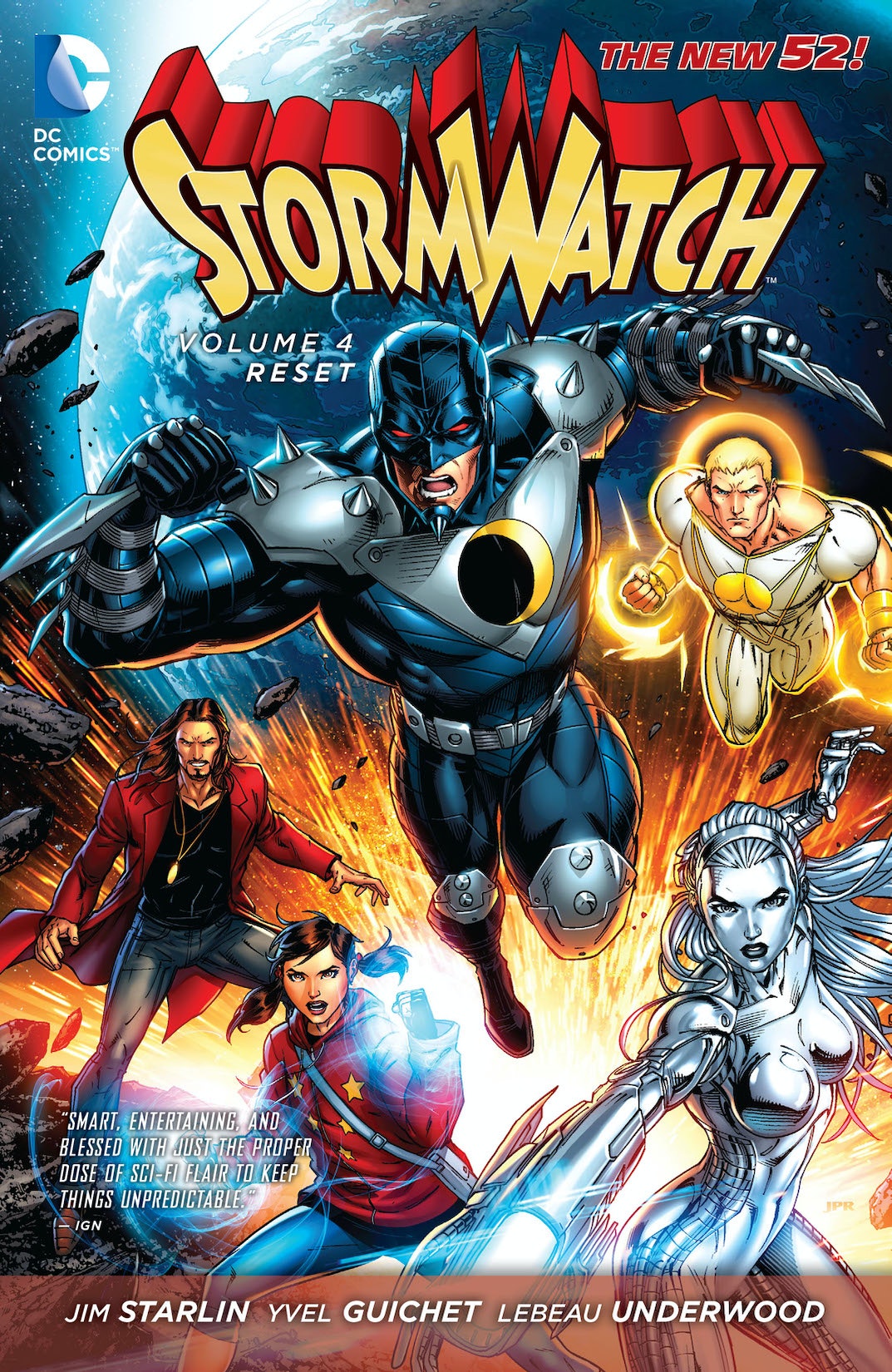 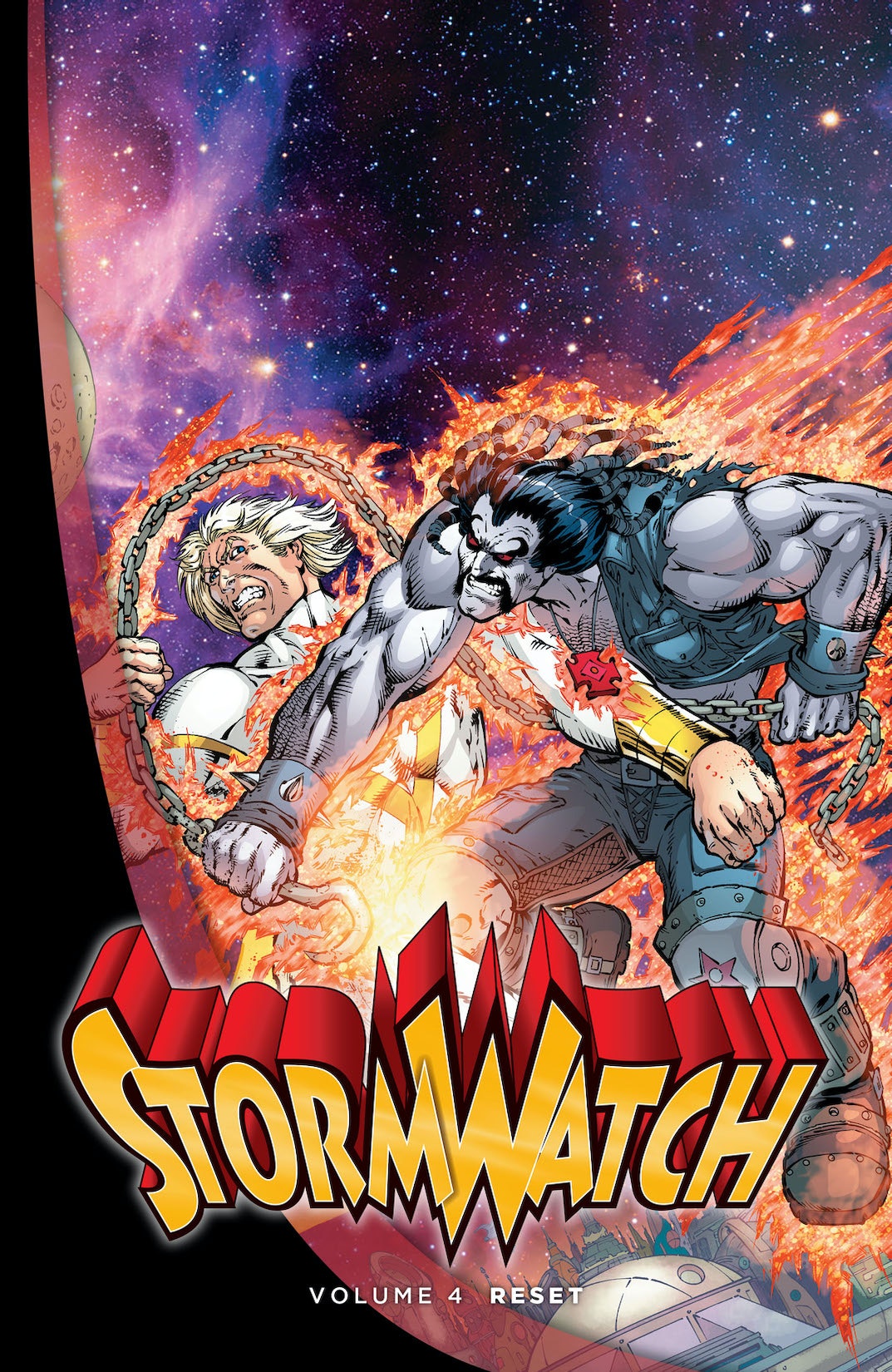 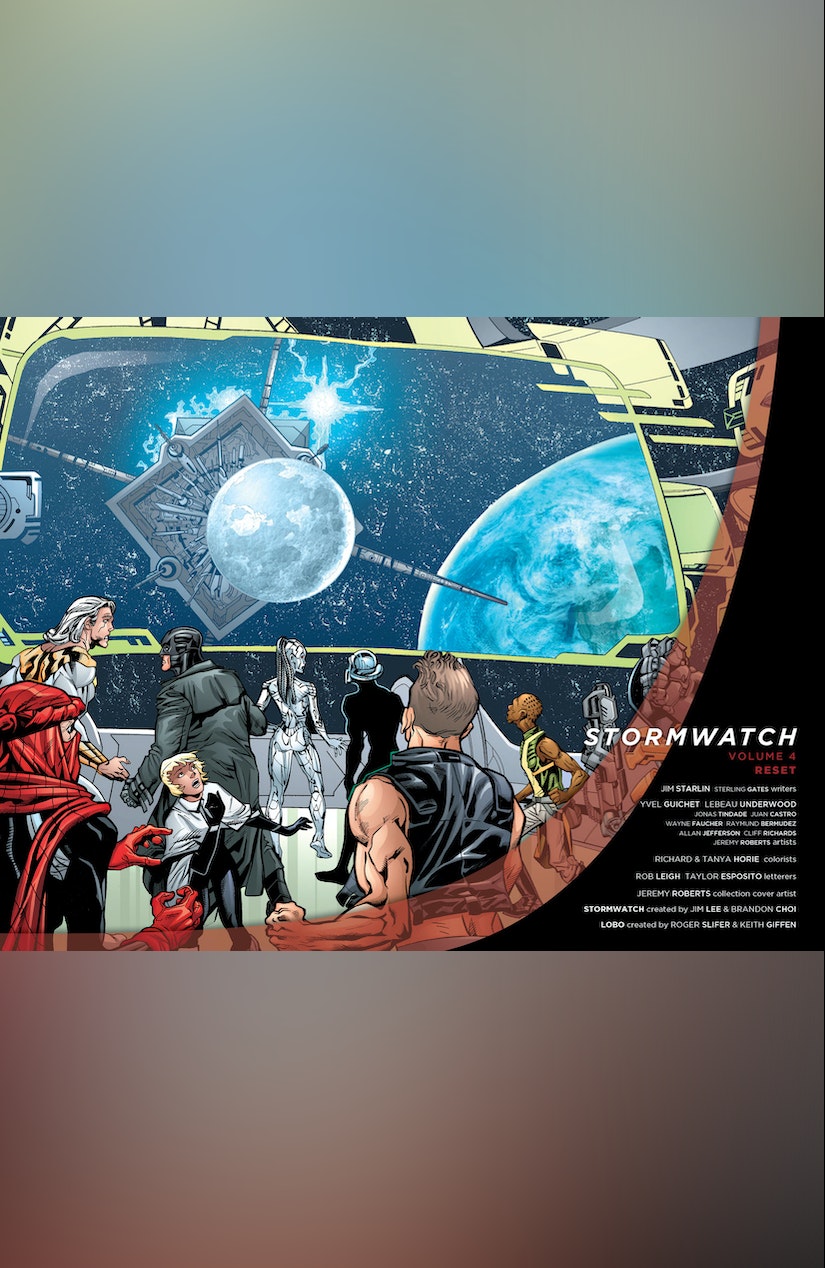 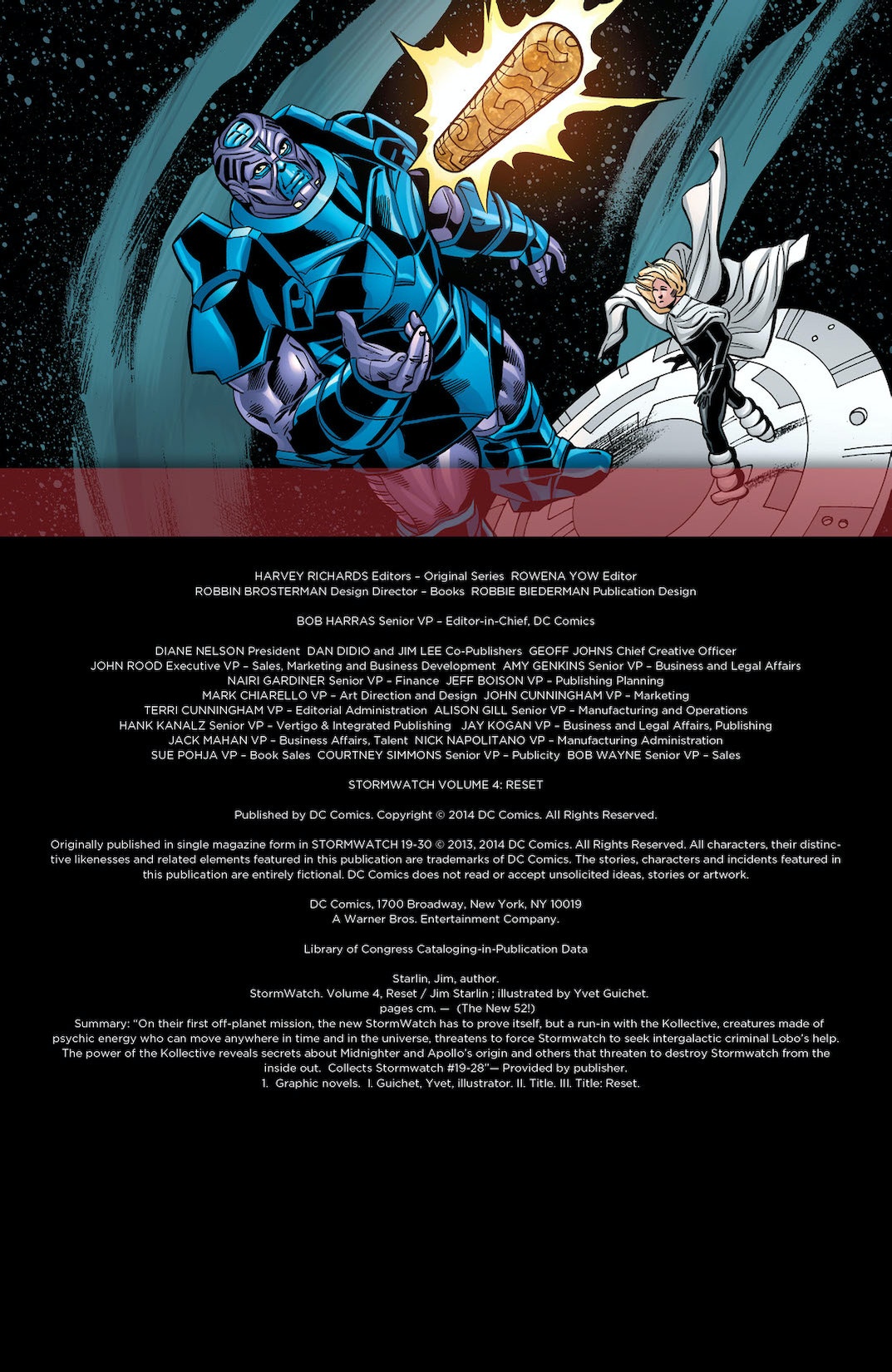 On their first off-planet mission, the new StormWatch has to prove itself, but a run-in with the Kollective, creatures made of psychic energy who can move anywhere in time and in the universe, threatens to force Stormwatch to seek intergalactic criminal Lobo's help. The power of the Kollective reveals secrets about Midnighter and Apollo's origin and others that threaten to destroy Stormwatch from the inside out.