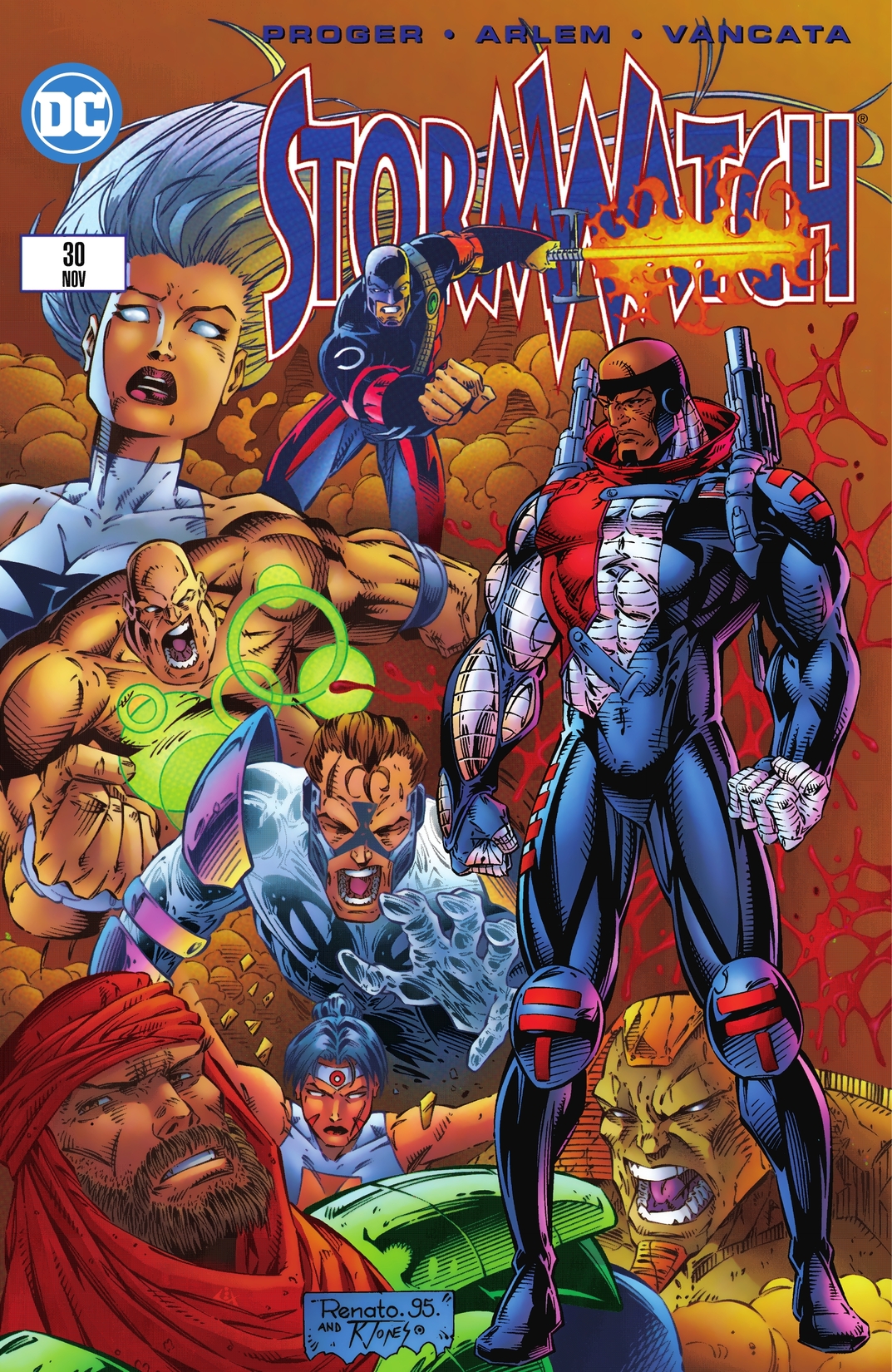 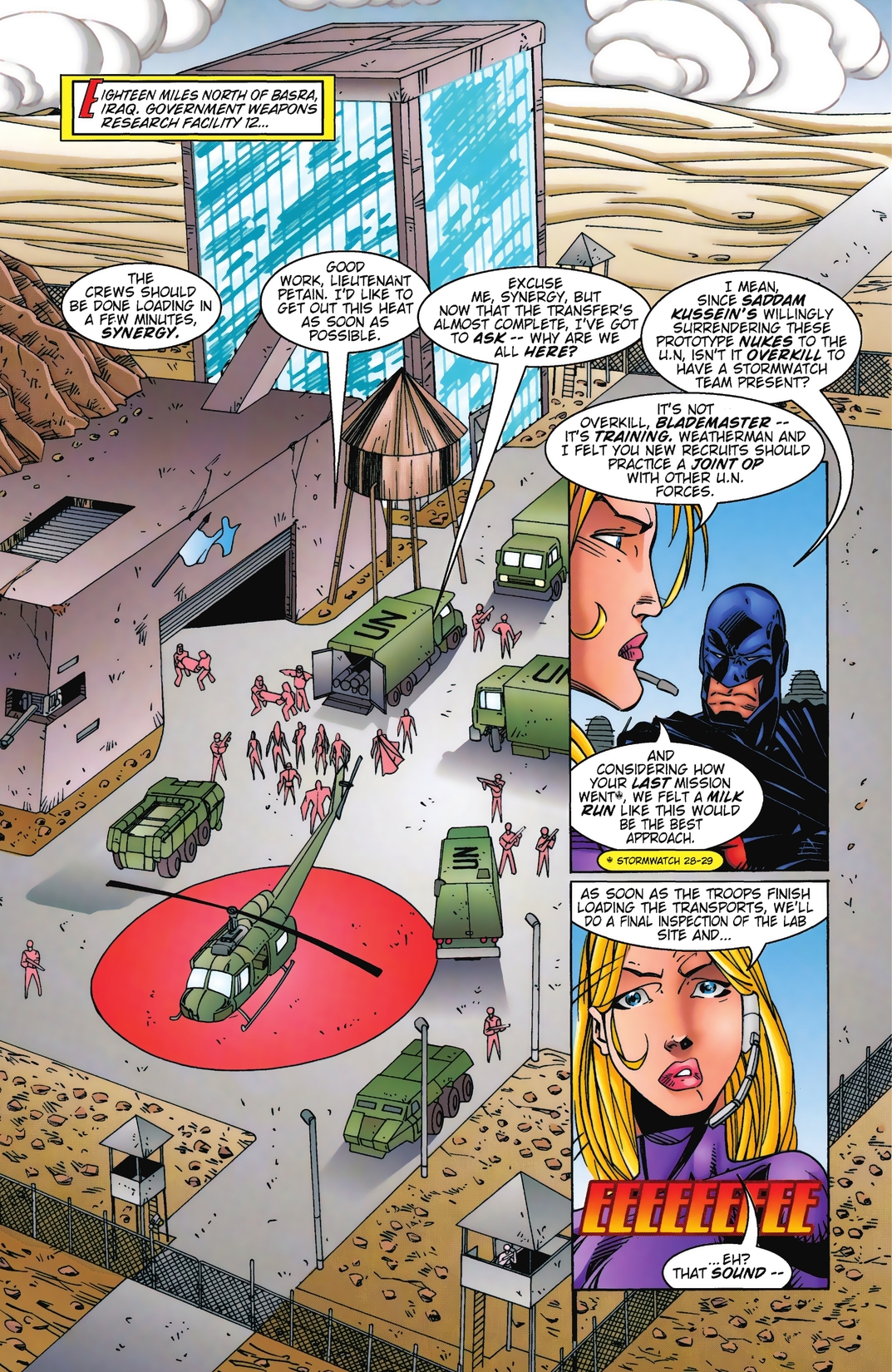 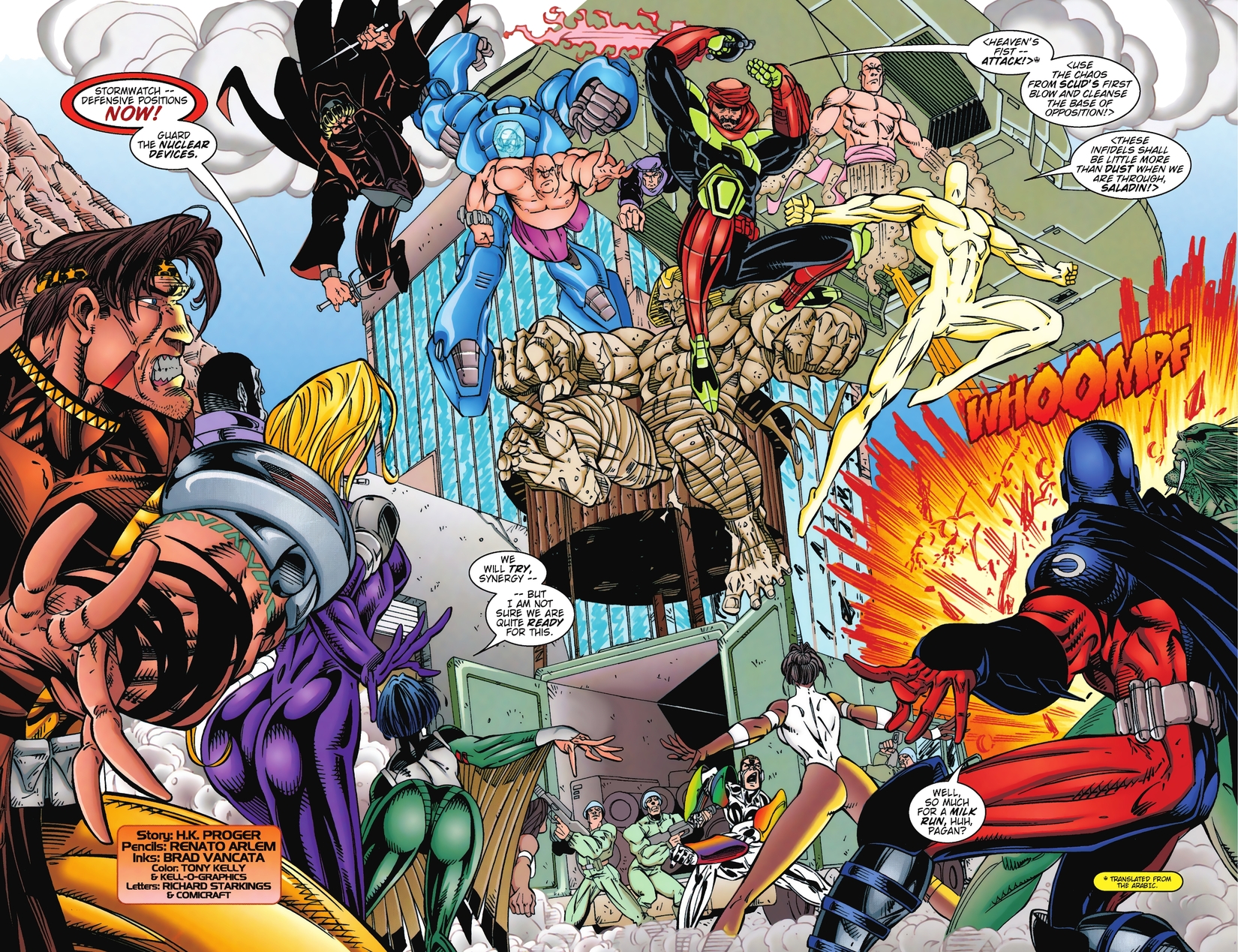 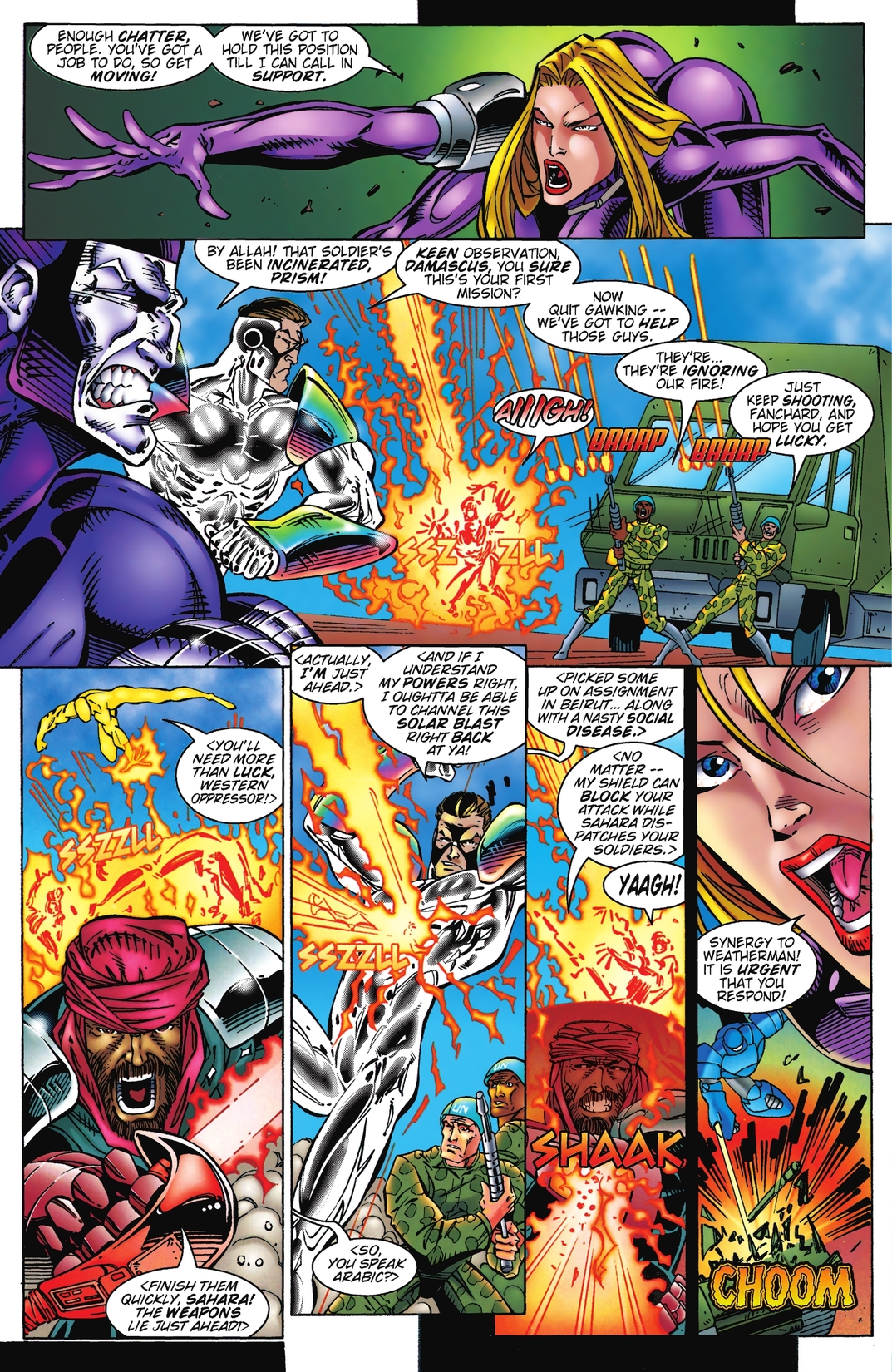 In Iraq, Heaven’s Fist, a super-powered terrorist group, is determined to steal a shipment of nuclear devices being surrendered to the U.N. With the relatively inexperienced new members of Stormwatch being hopelessly outgunned trying to guard the transport, Weatherman decides it’s time to get the old band back together.