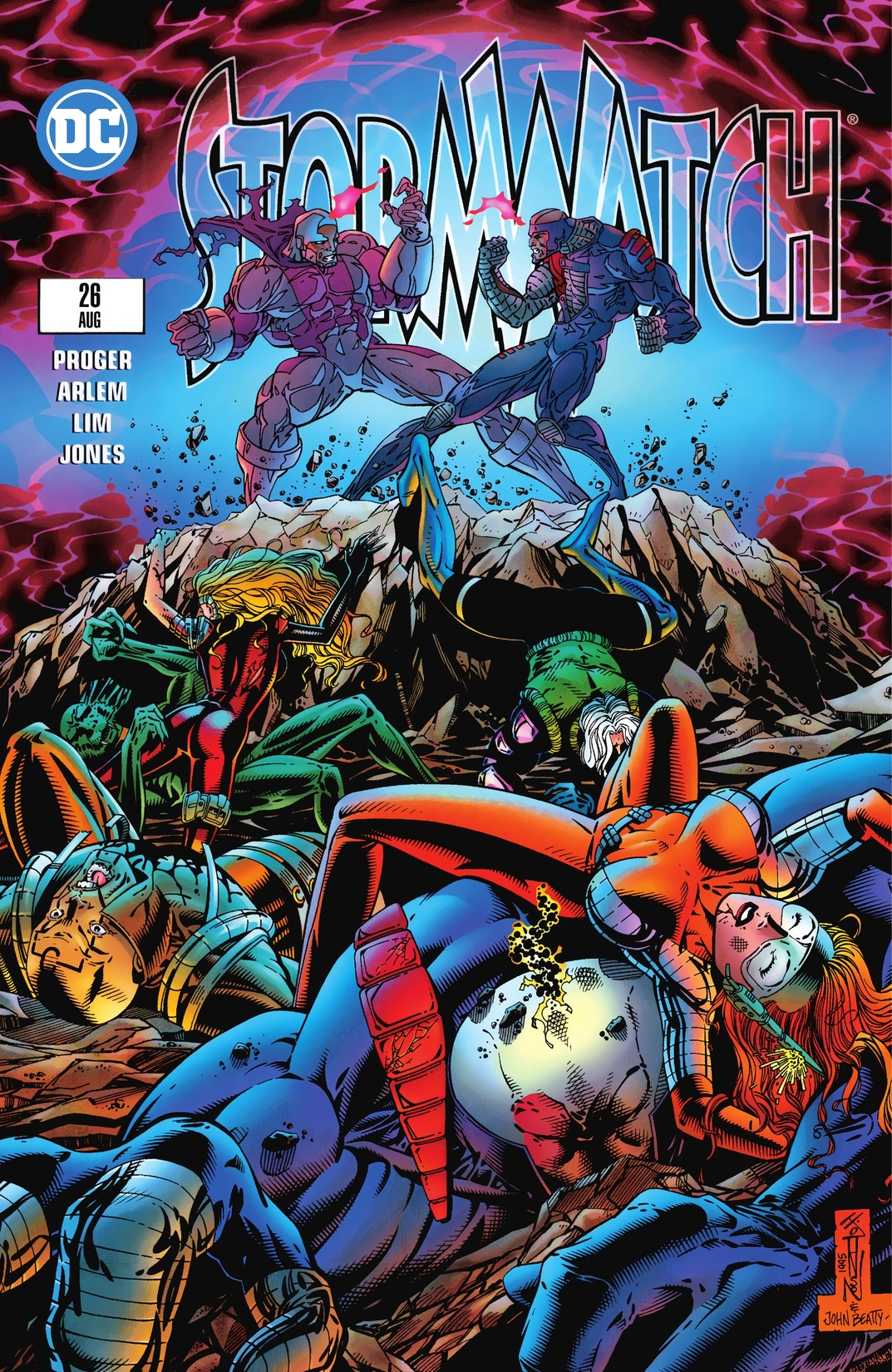 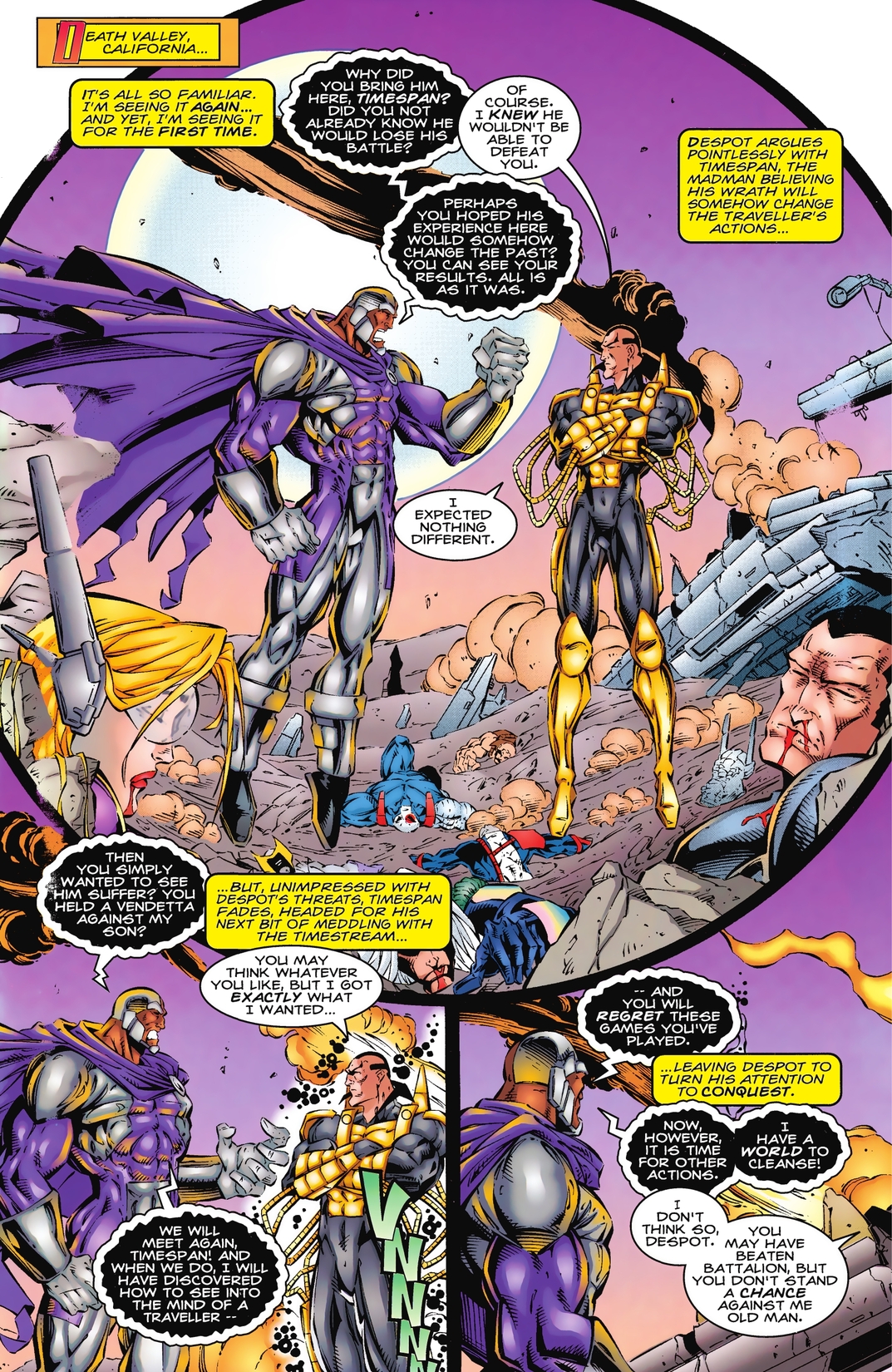 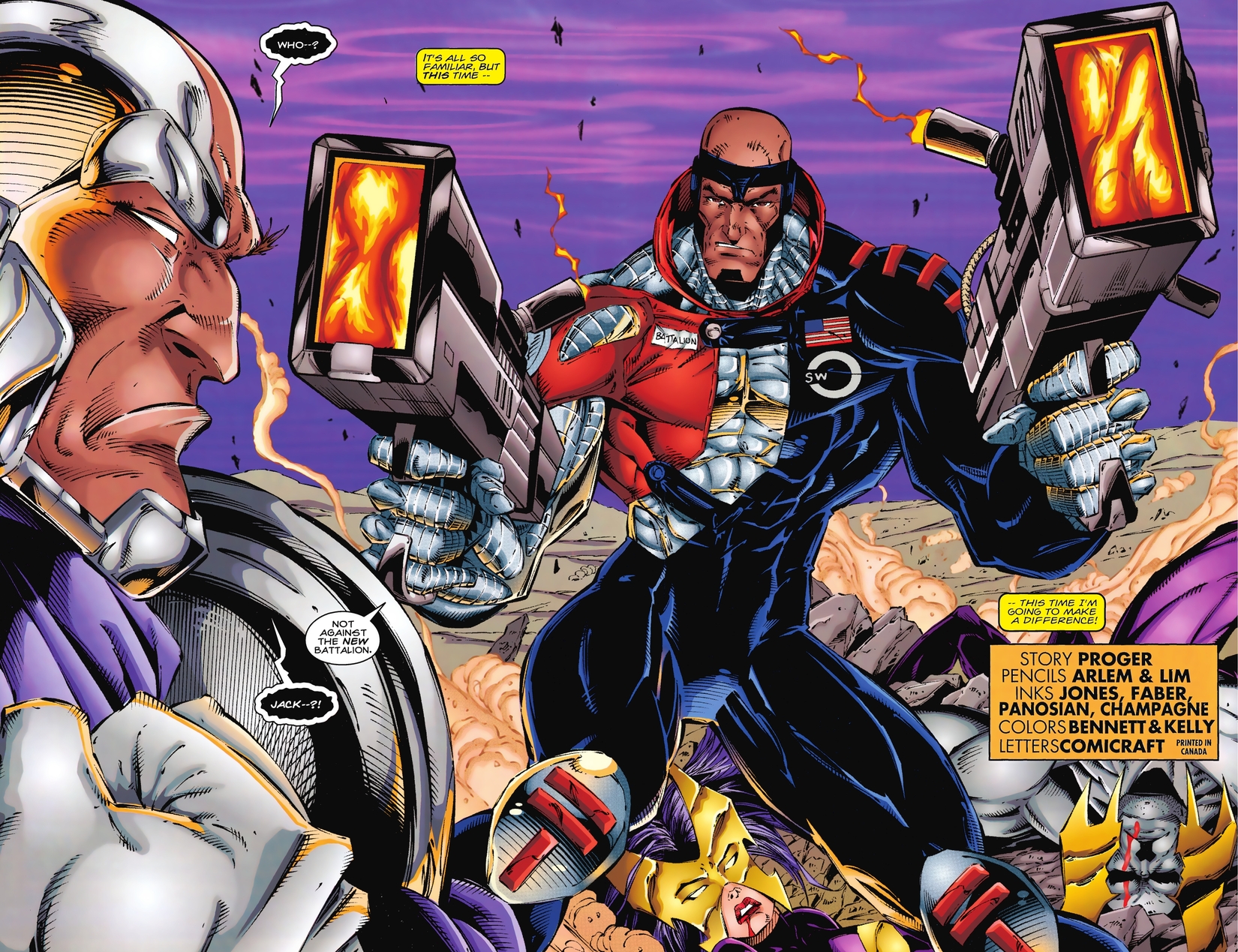 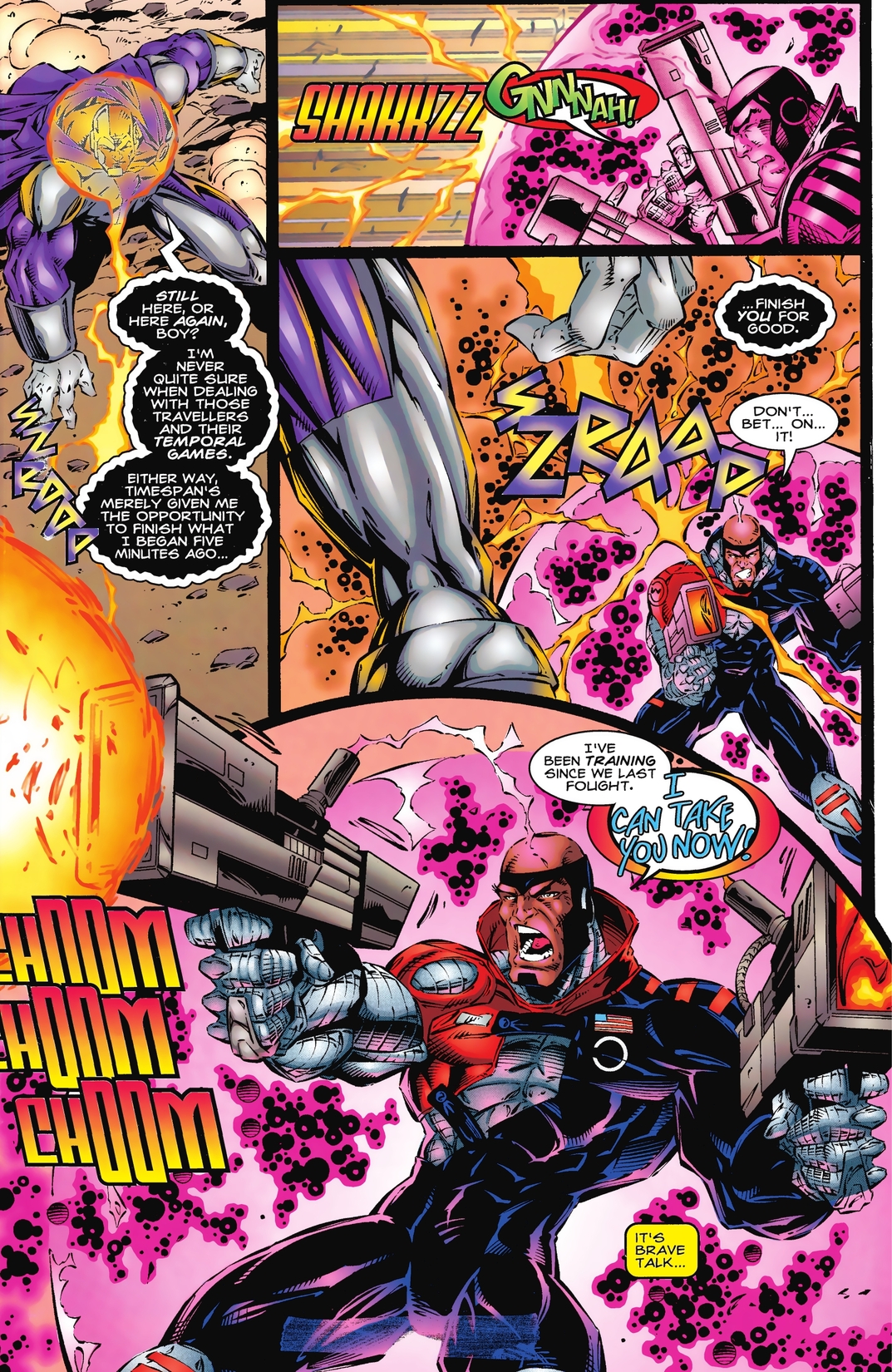 In the wake of Battalion’s return to the past, only one hero remains to stand up to Despot-the new and improved Battalion? The truth behind Battalion’s “death” is revealed as Jackson King must take down the combined forces of a mind-controlled Stormwatch and WarGuard to force a final confrontation with the monster his father has become!