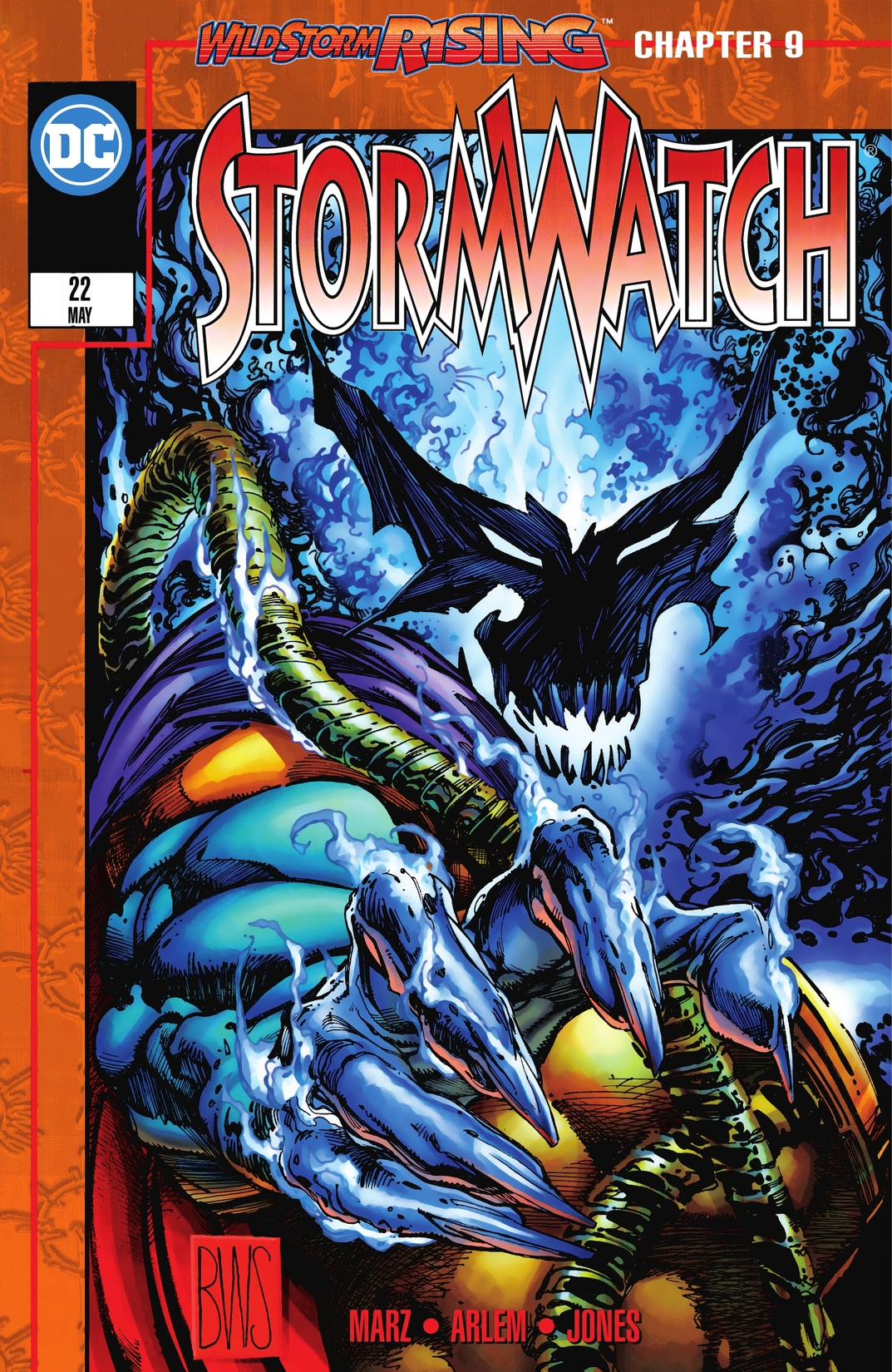 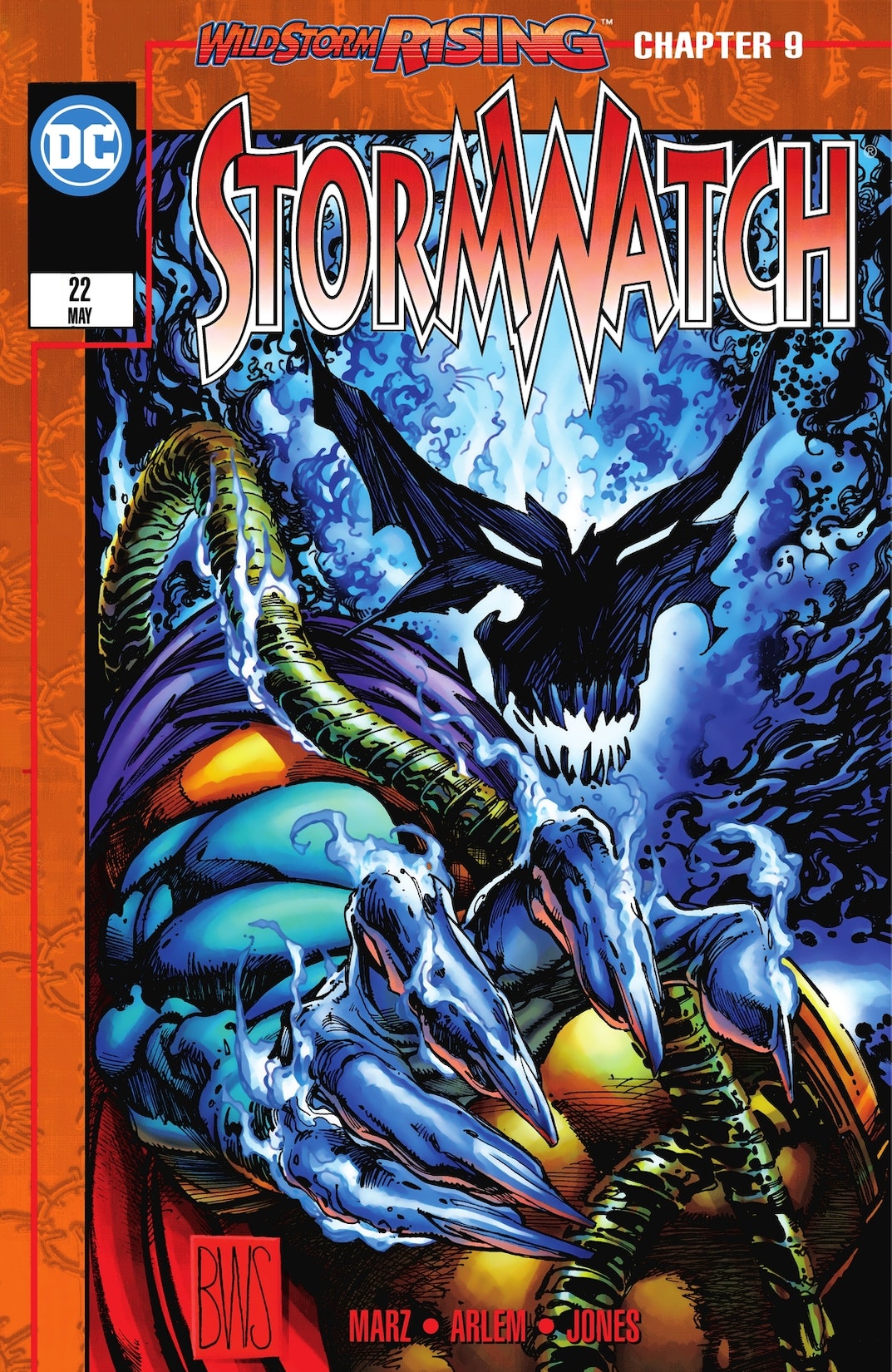 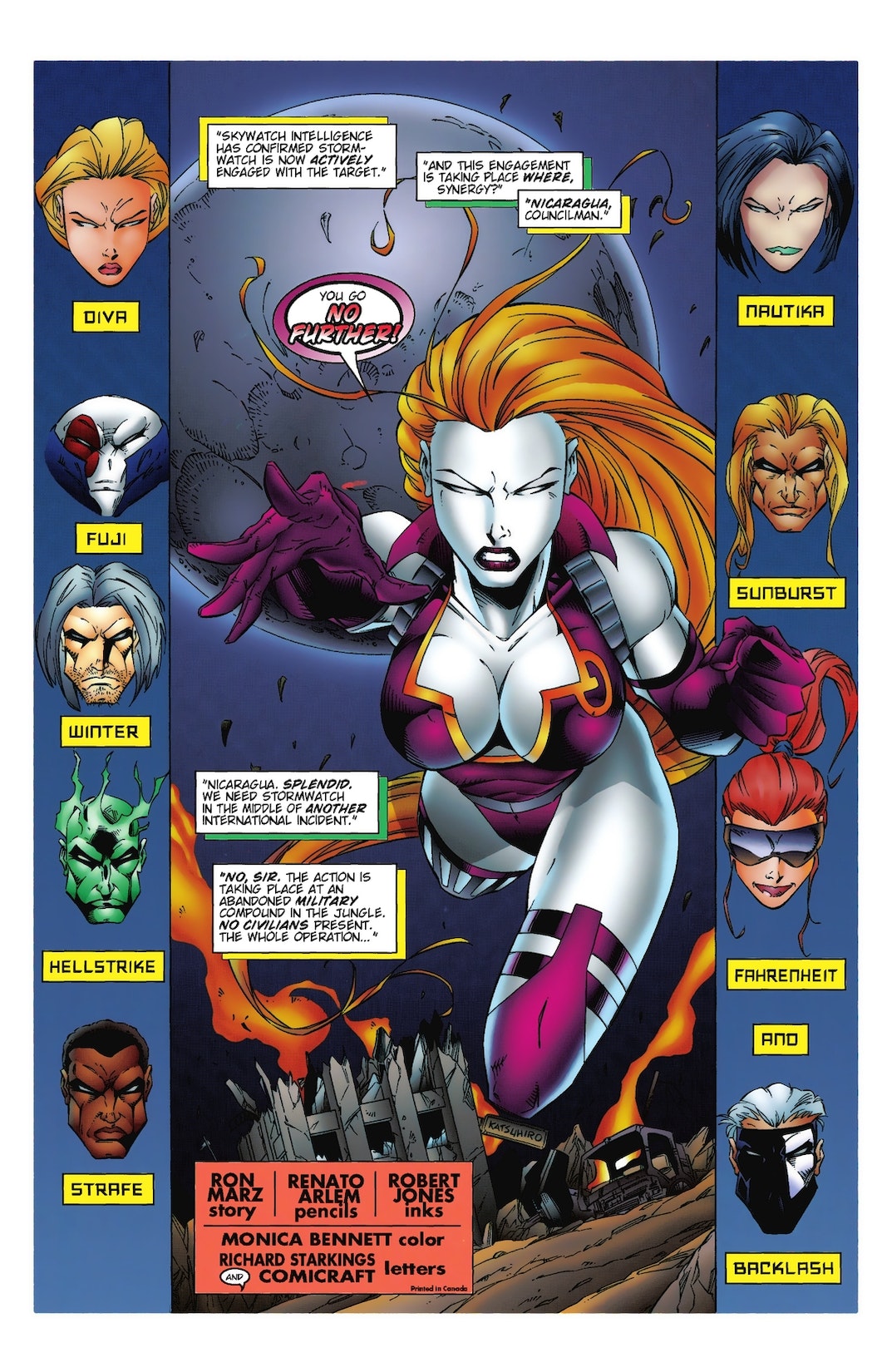 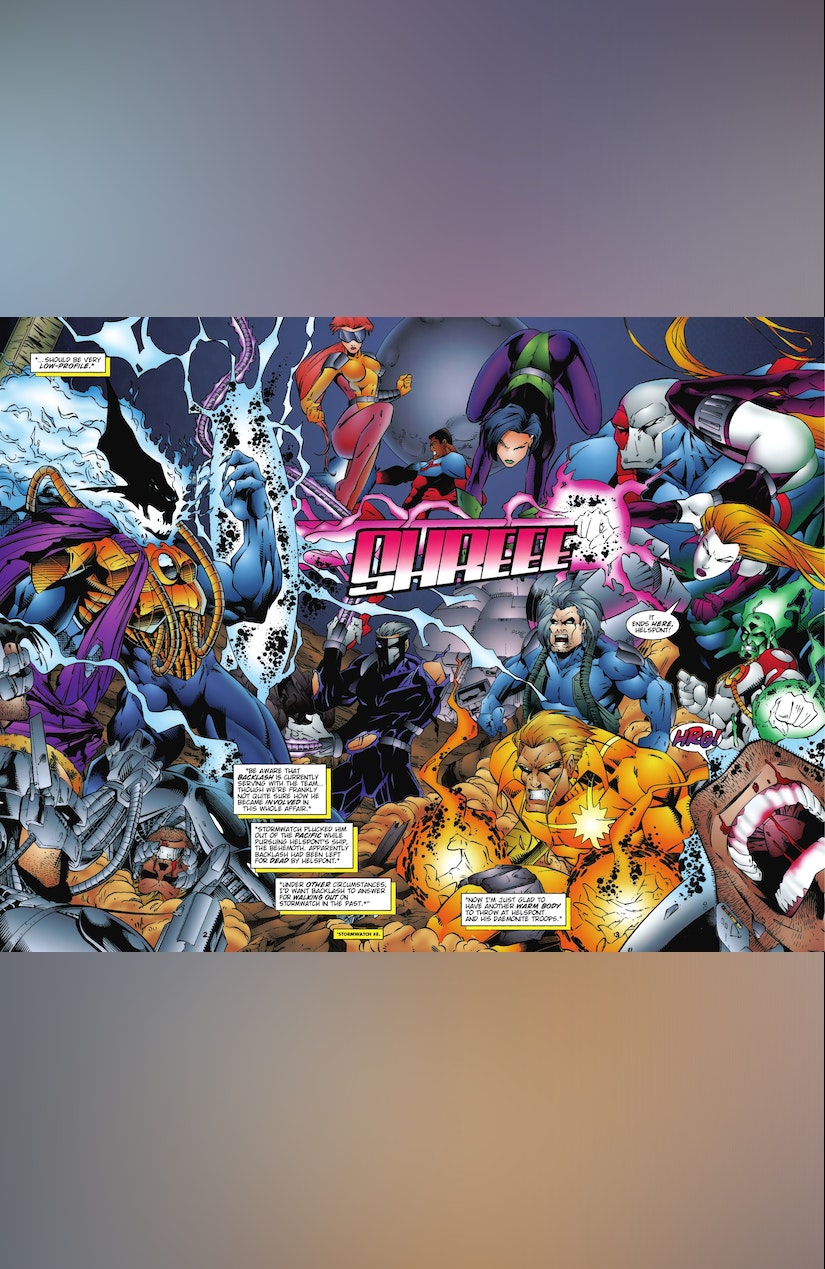 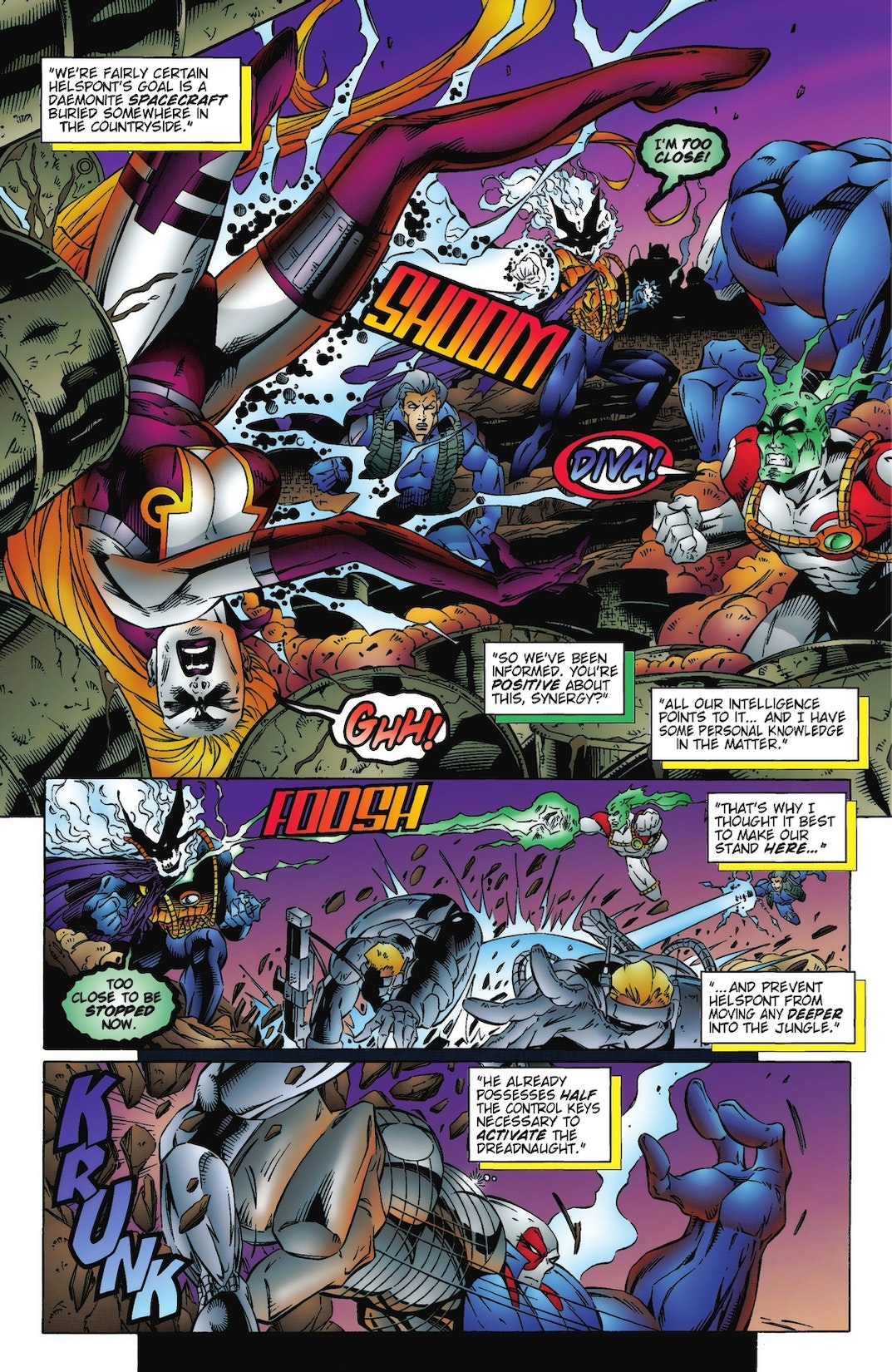 WildStorm Rising: Part 9.” In the jungles of Nicaragua, Stormwatch makes its stand against the revived Helspont as he and his forces seek to reclaim the Dreadnaught-a centuries-lost Daemonite warship capable of destroying the planet! Even with the combined might of the WildC.A.T.s, Wetworks, Mr. Majestic, Union, Savant, and Backlash on their side, the U.N. Security Council feels victory is by no means assured-and unleashes what they hope is the lesser of two evils.