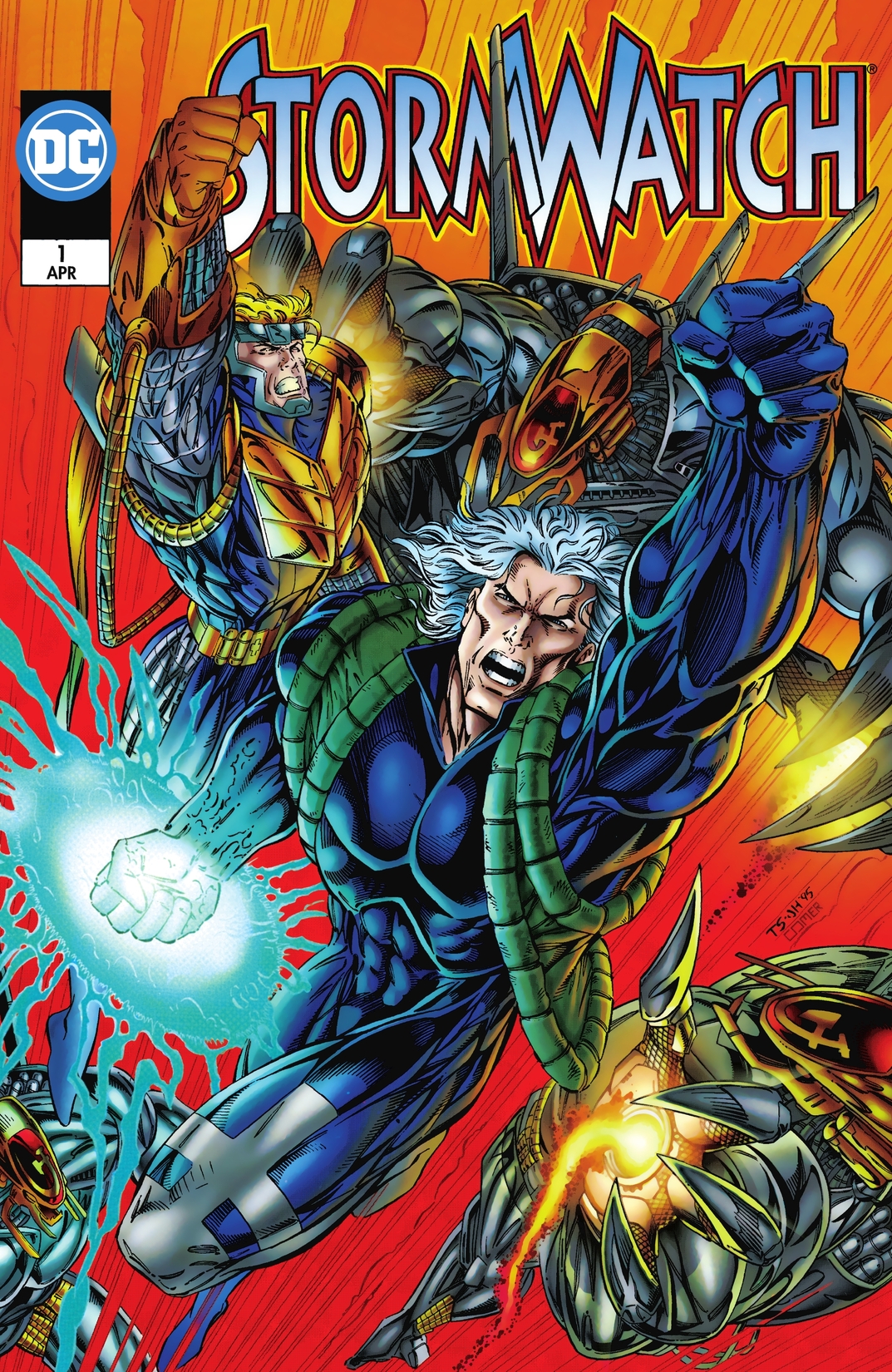 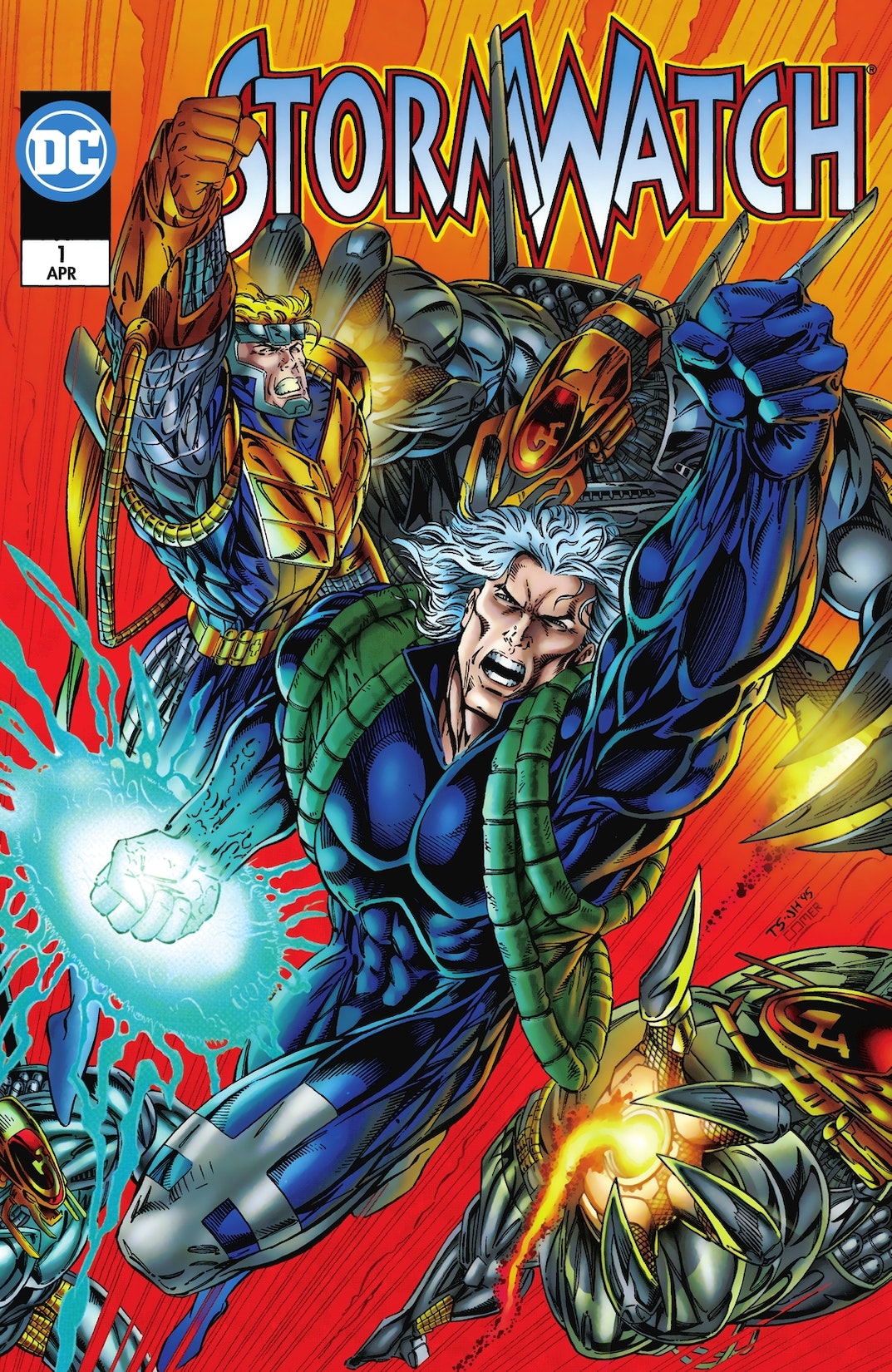 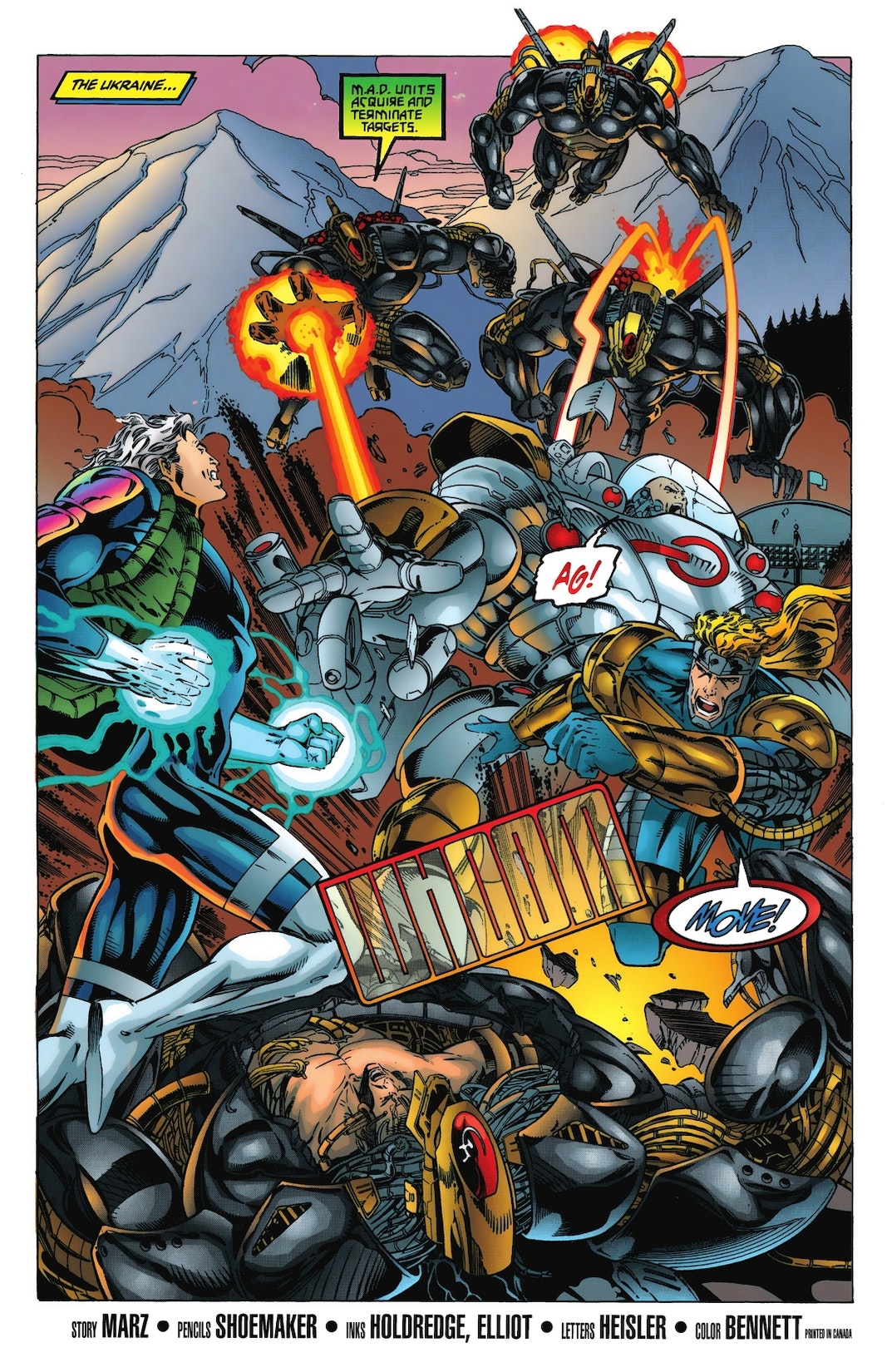 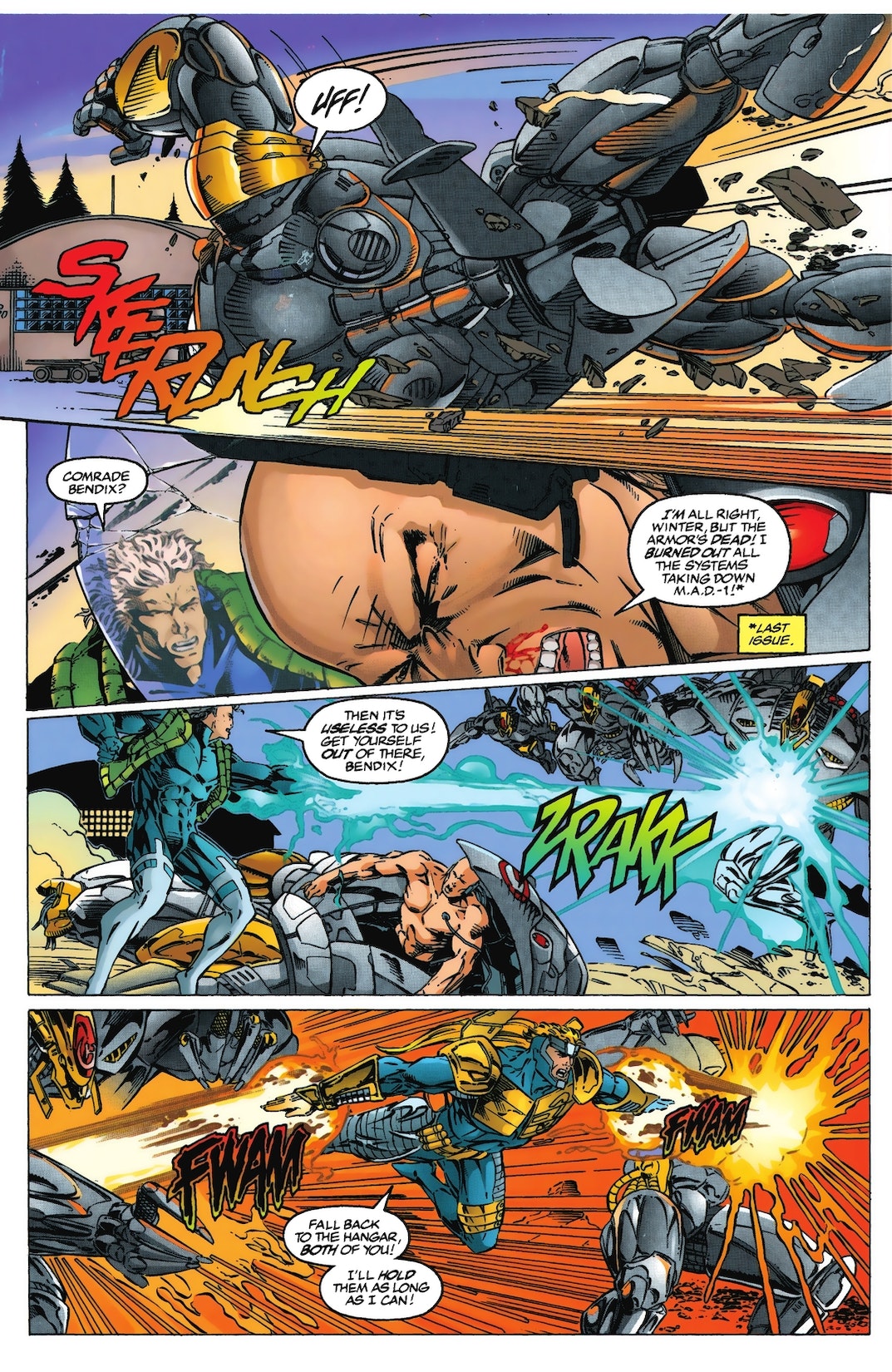 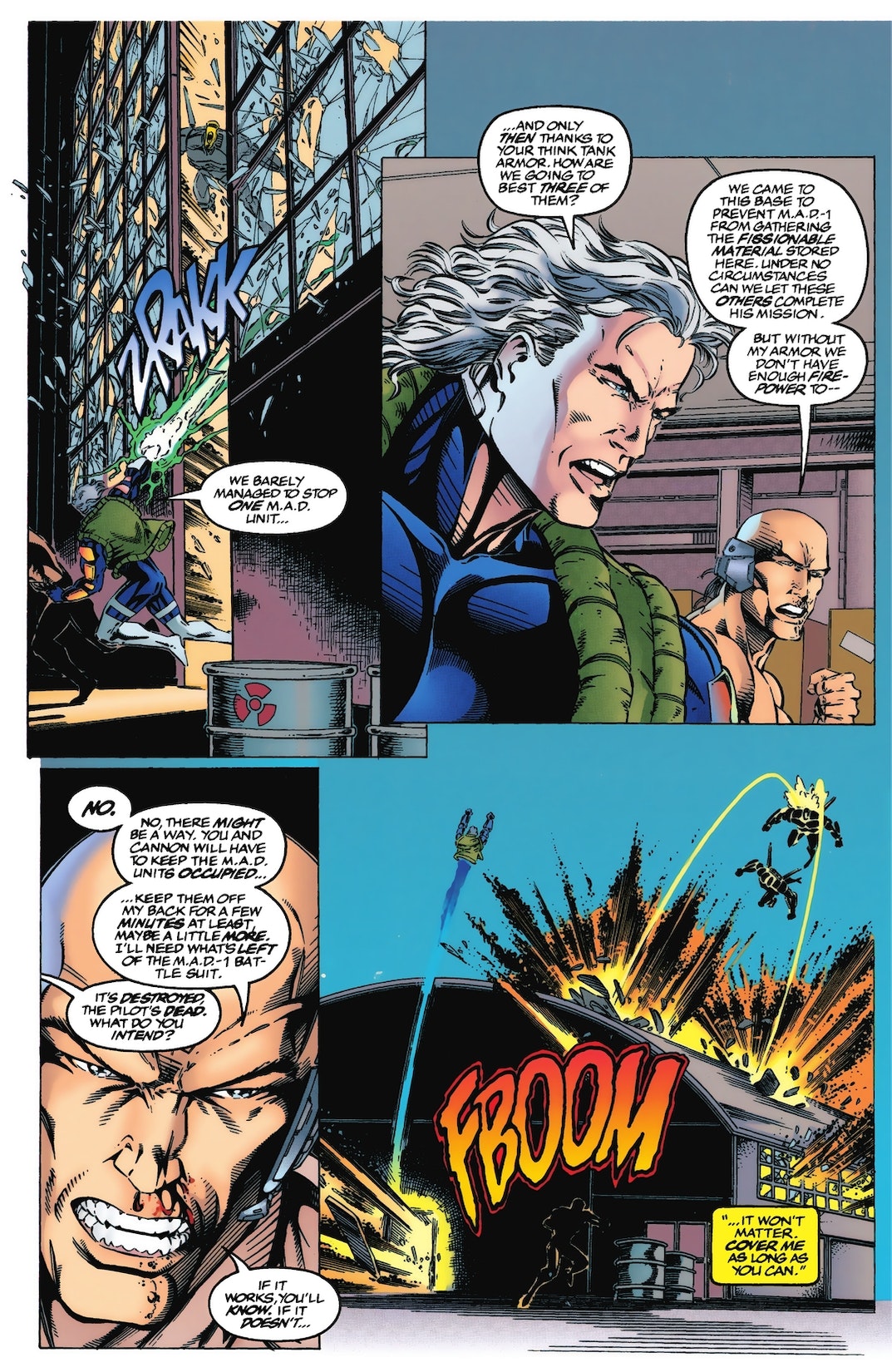 M.A.D.-1 has finally been taken down by our rogue Stormwatch (and former Stormwatch) agents-too bad M.A.D.-2, -3, and -4 are right behind him and ready to avenge their fallen comrade! Even if Winter can lead Bendix and Cannon to neutralize the unthinkable threat of an entire M.A.D. armory, he’ll still have to help confront the group believed responsible for Battalion’s death-the WildC.A.T.s!