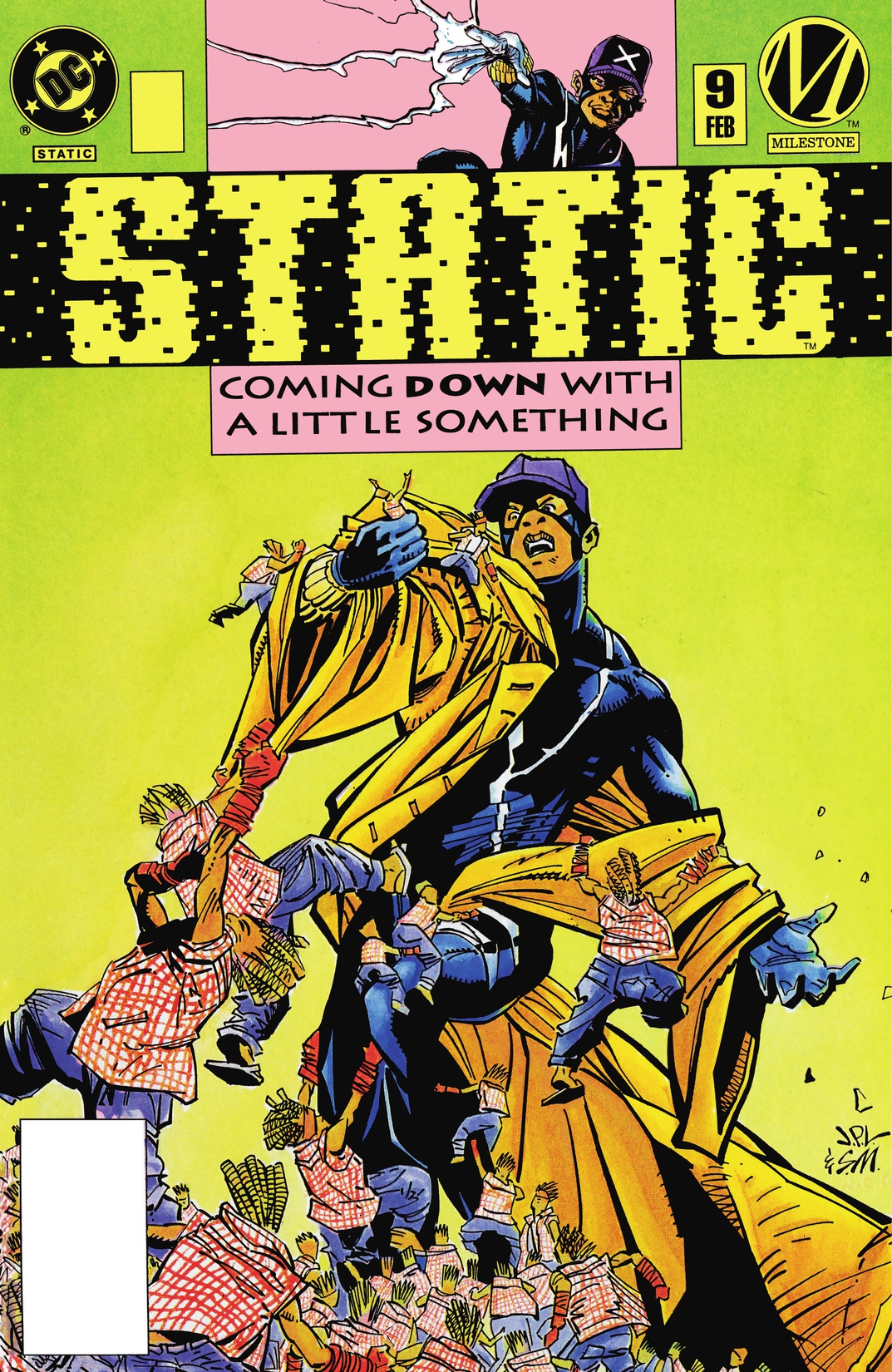 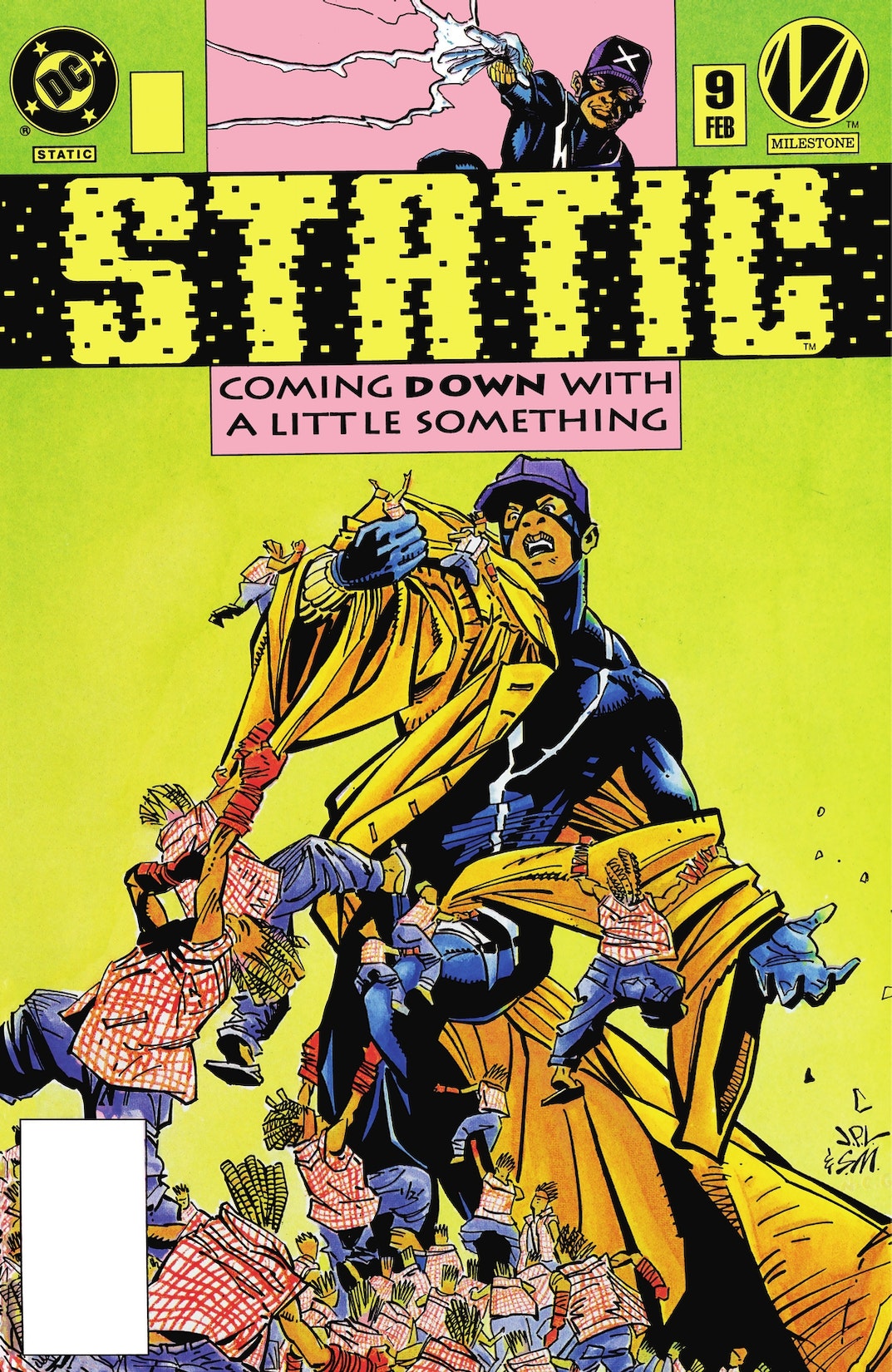 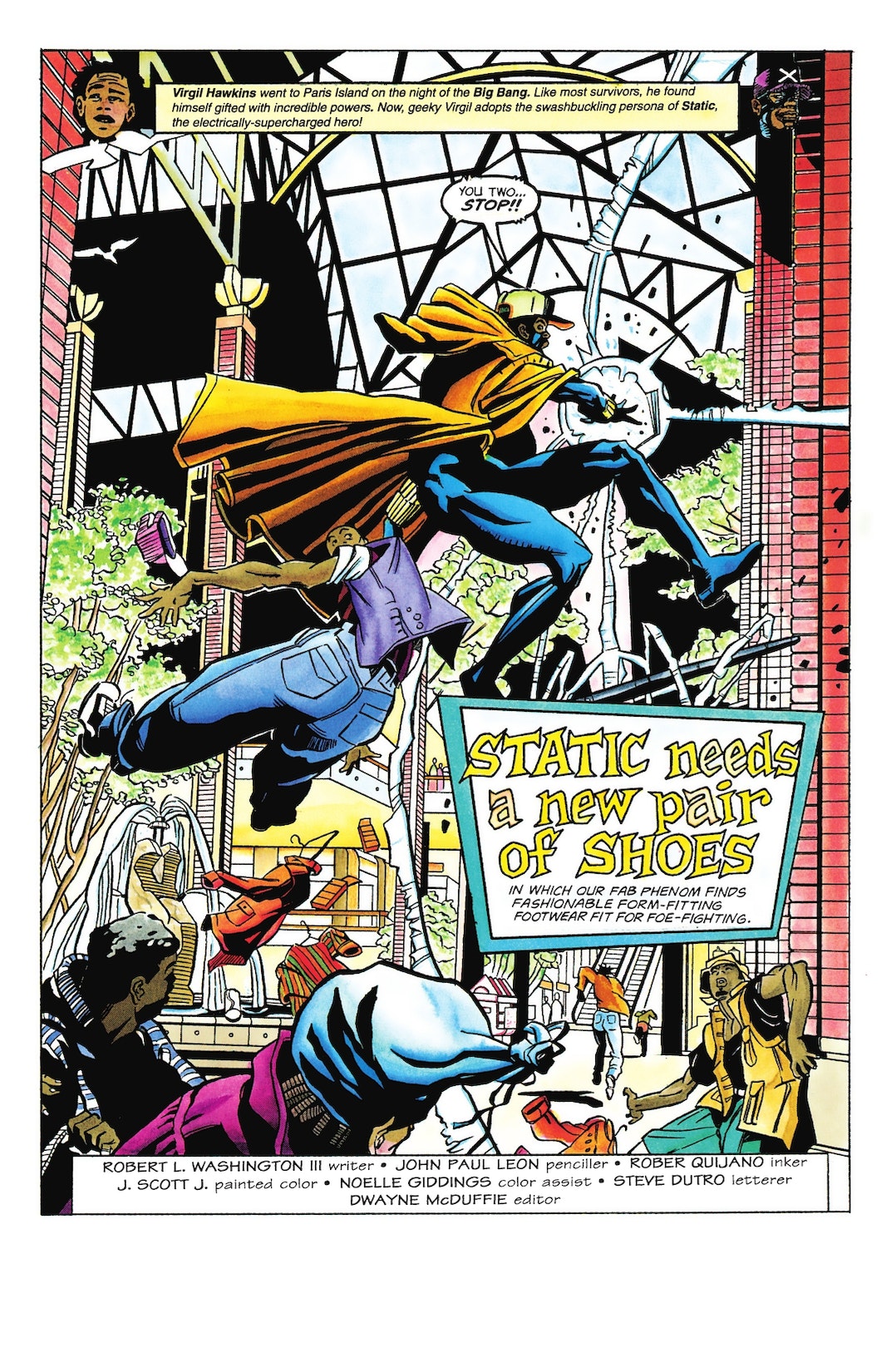 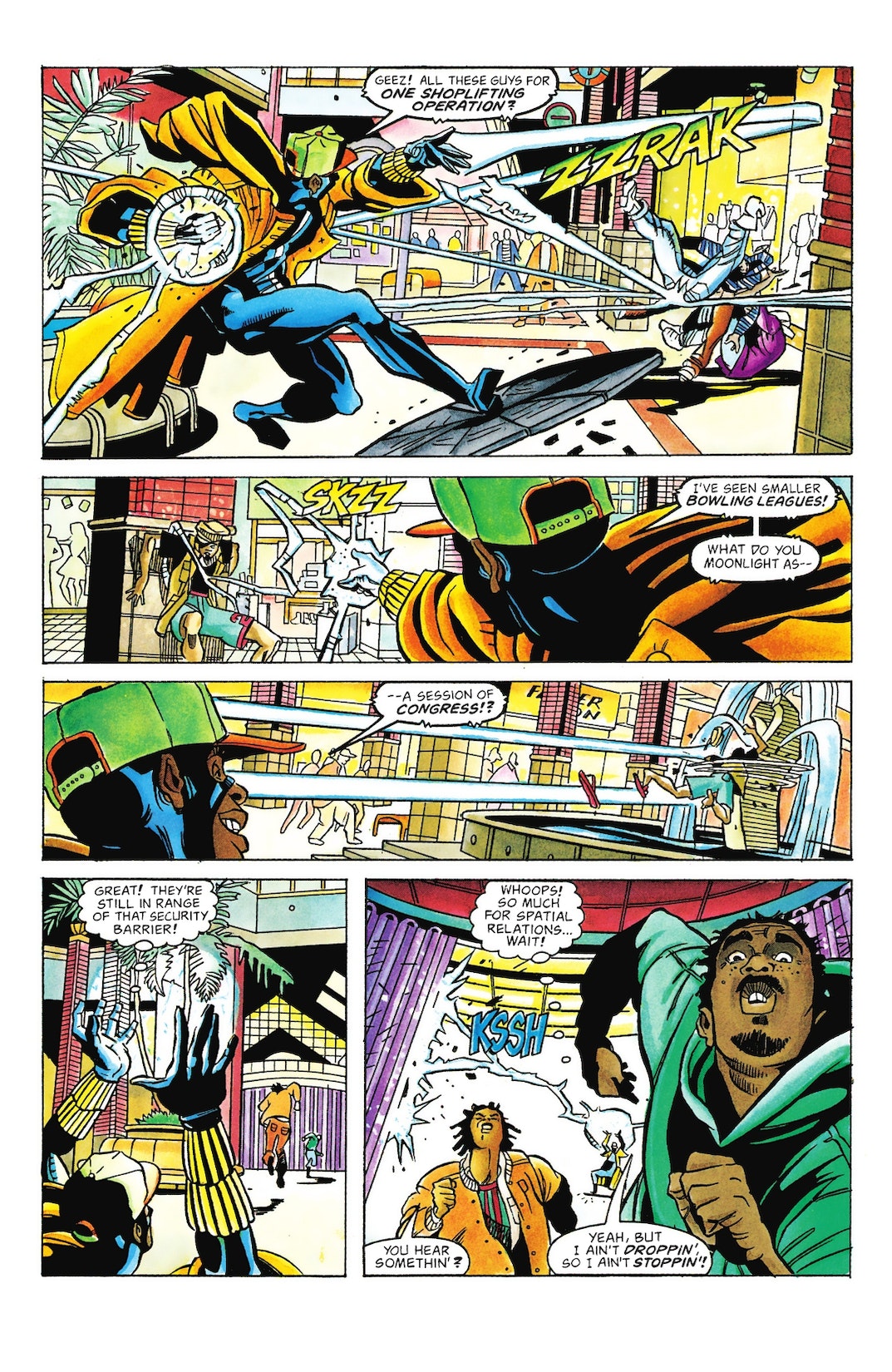 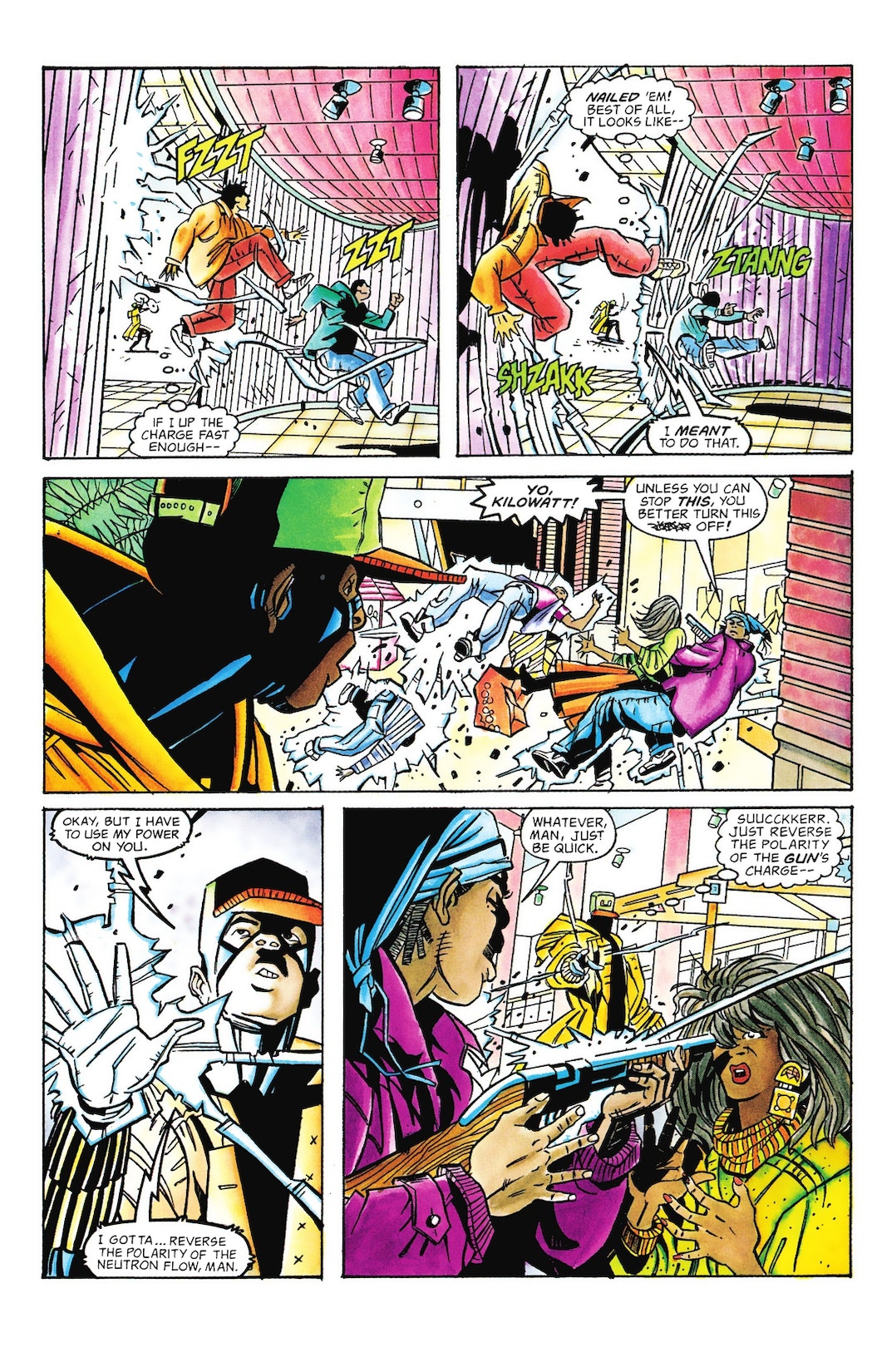 While on a quest for cool shoes, Static encounters a big guy stealing jewelry. Or is it a bunch of little guys? The real answer lies with Virus, a villain with a very disquieting past. Written by Robert L. Washington III, with art by John Paul Leon and Robert Quijano. Cover by Leon and Steve Mitchell.