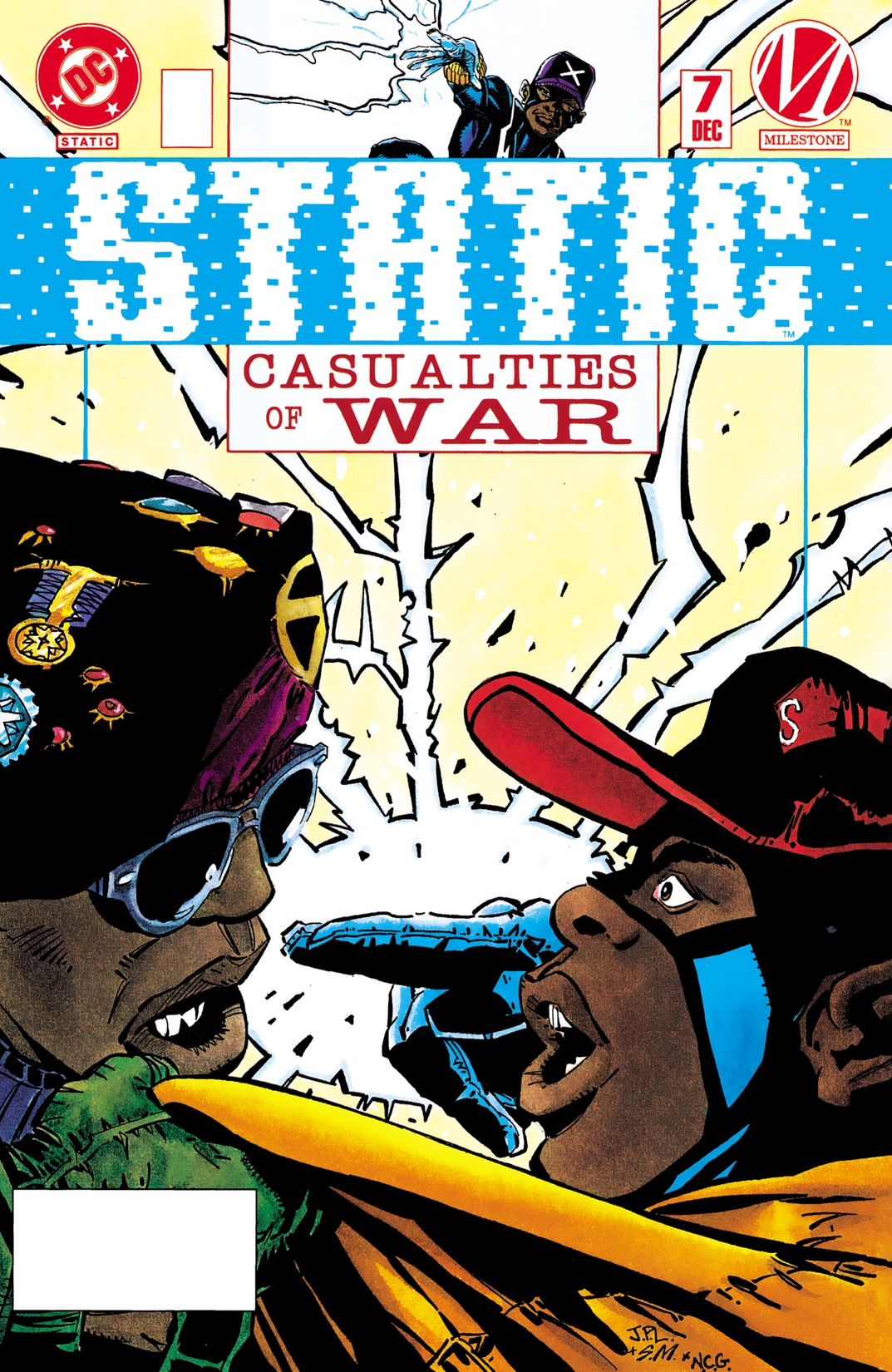 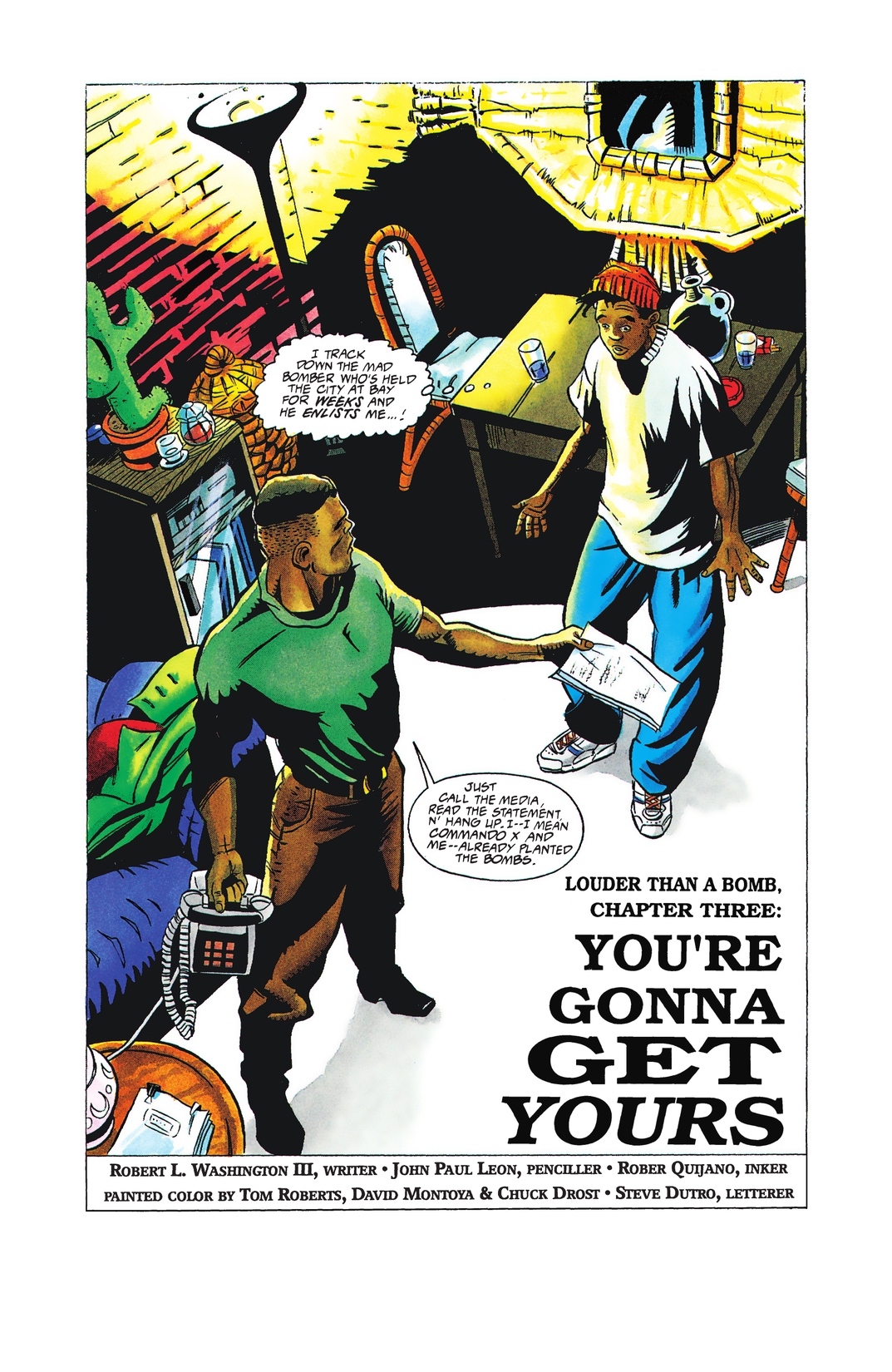 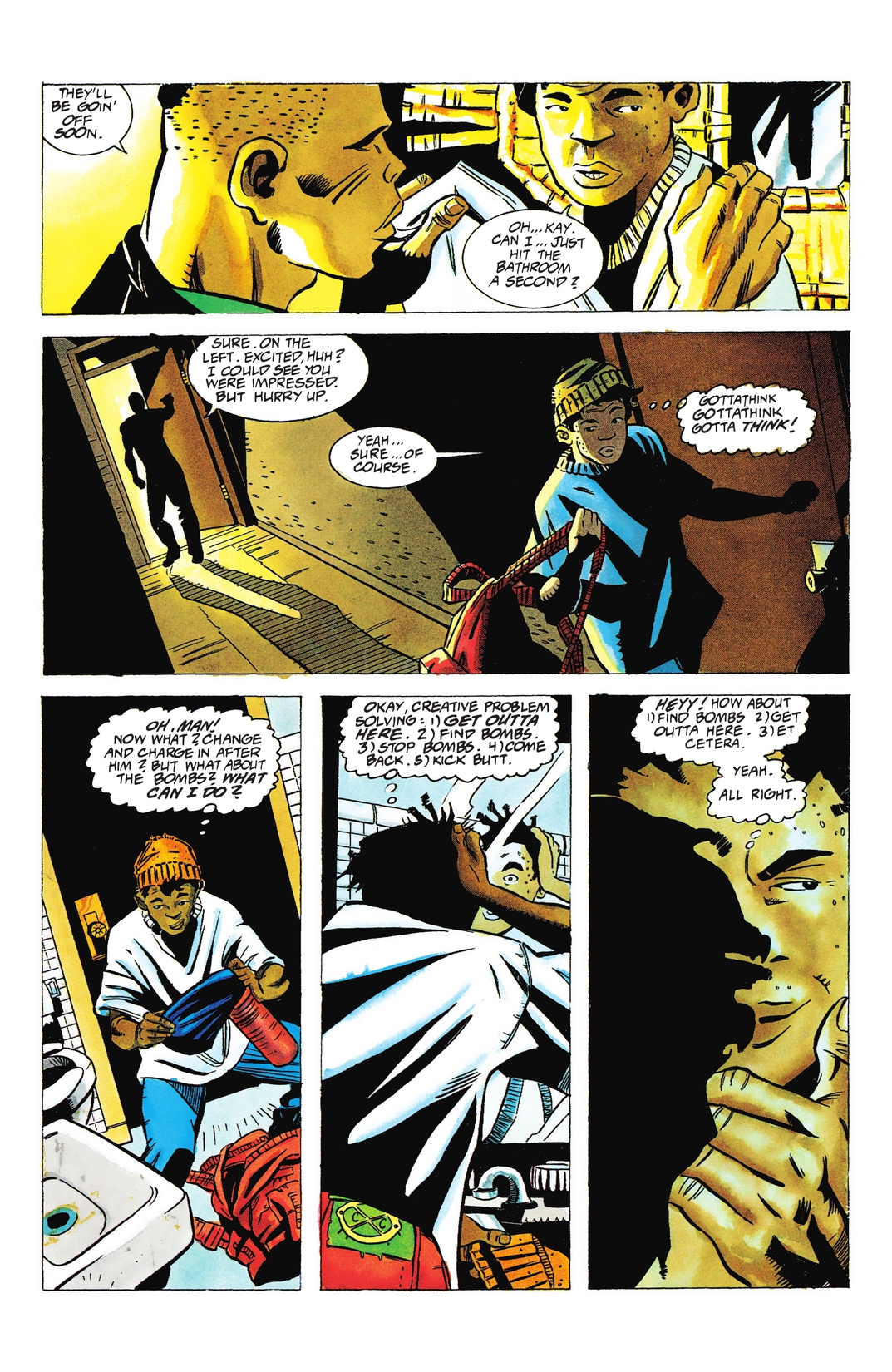 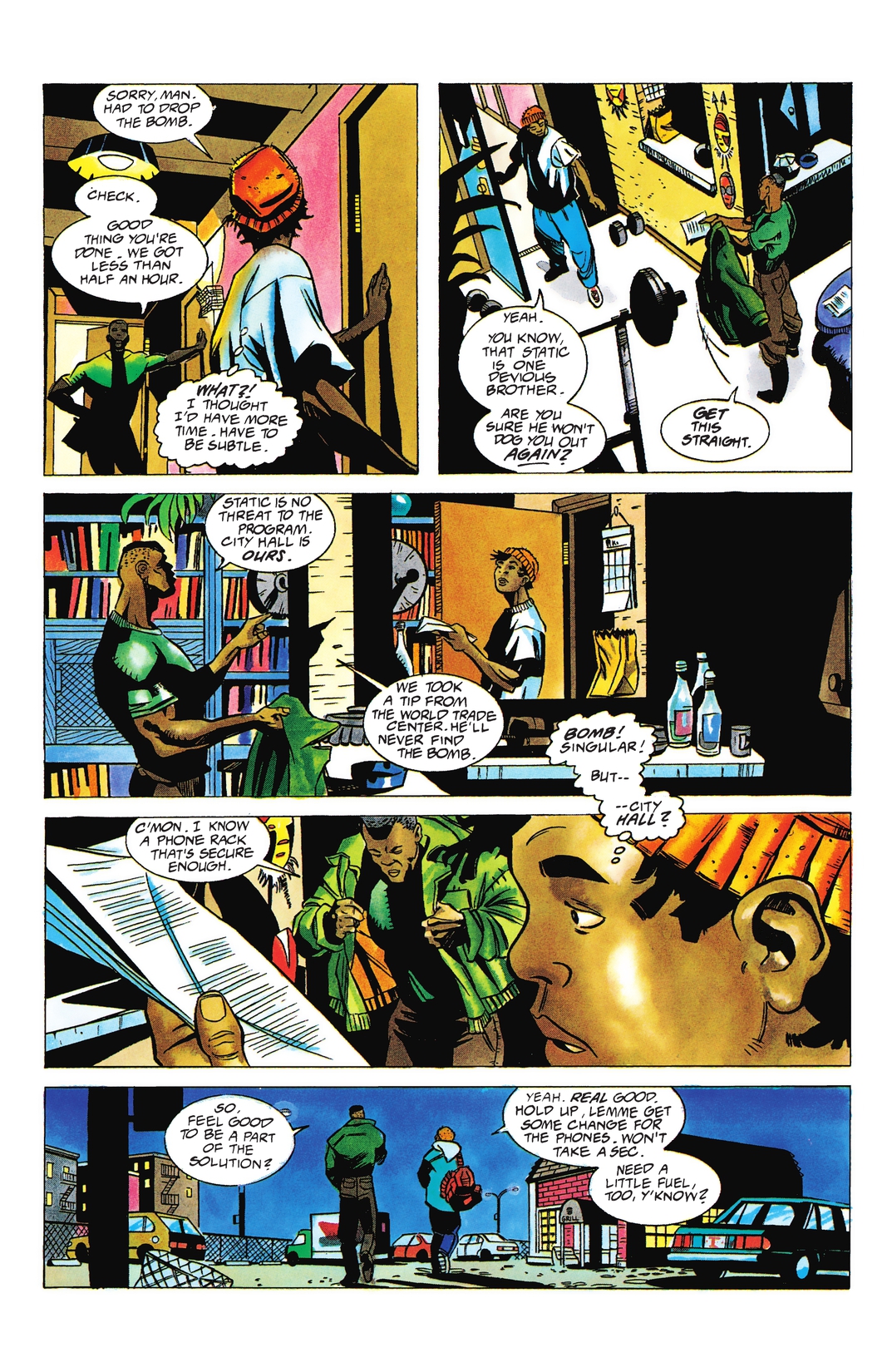 Virgil and Frieda must reconcile their differences in order to hatch an ingenious plan to stop Commando X before he carries out his next explosive scheme. This issue leads into “Shadow War,” the first Milestone crossover event. Written by Robert Washington III, with art and cover by John Paul Leon.