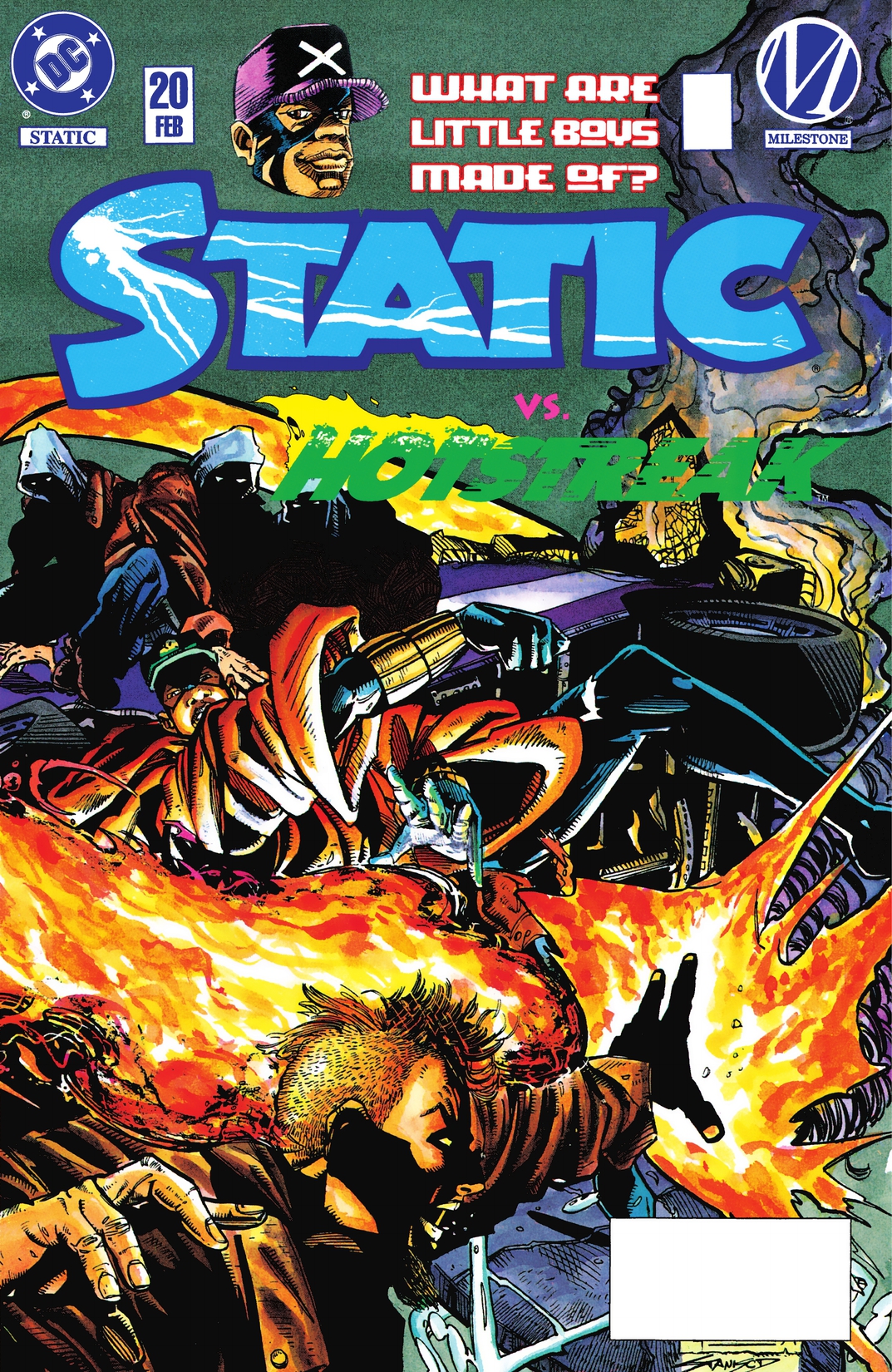 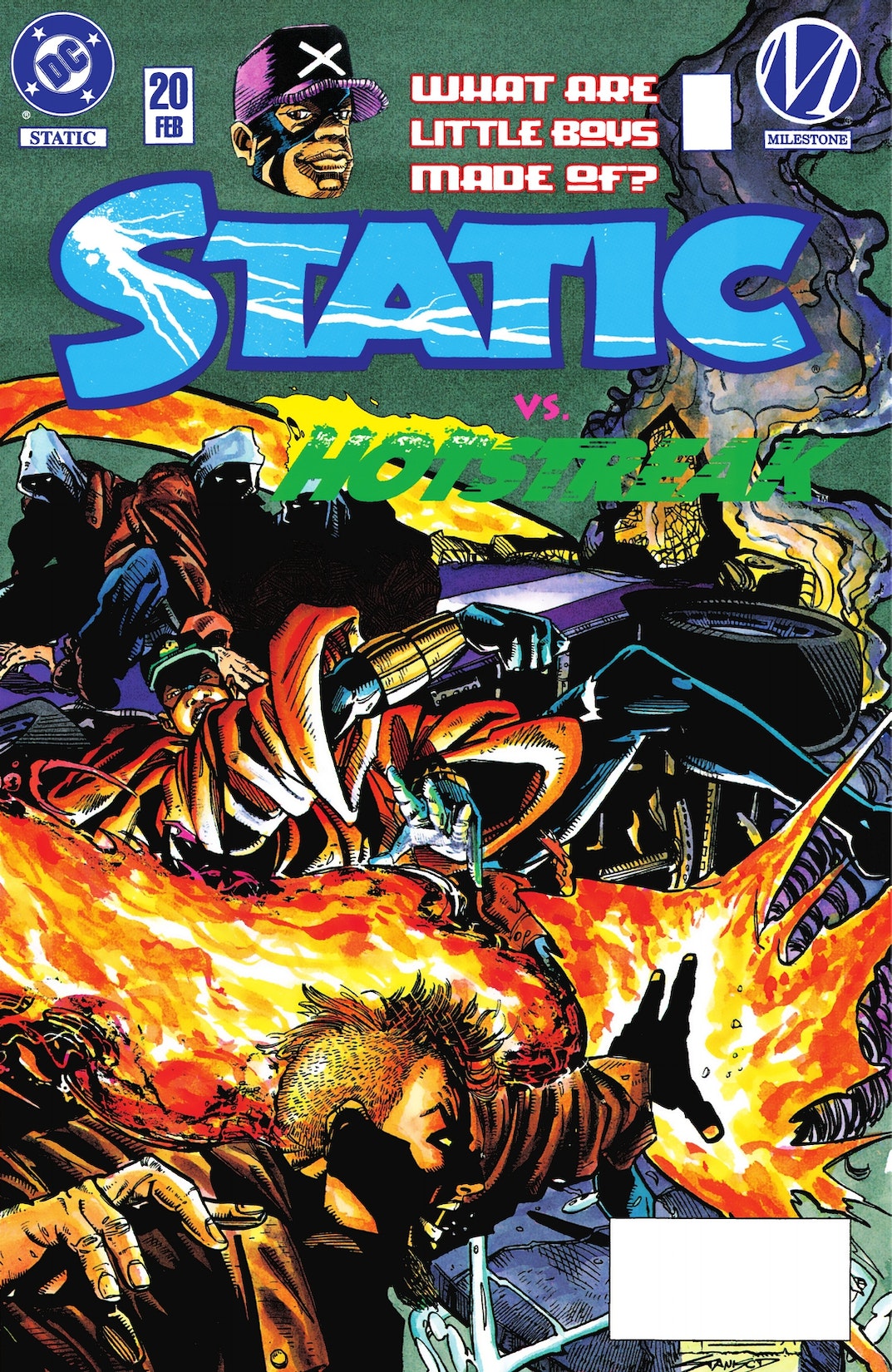 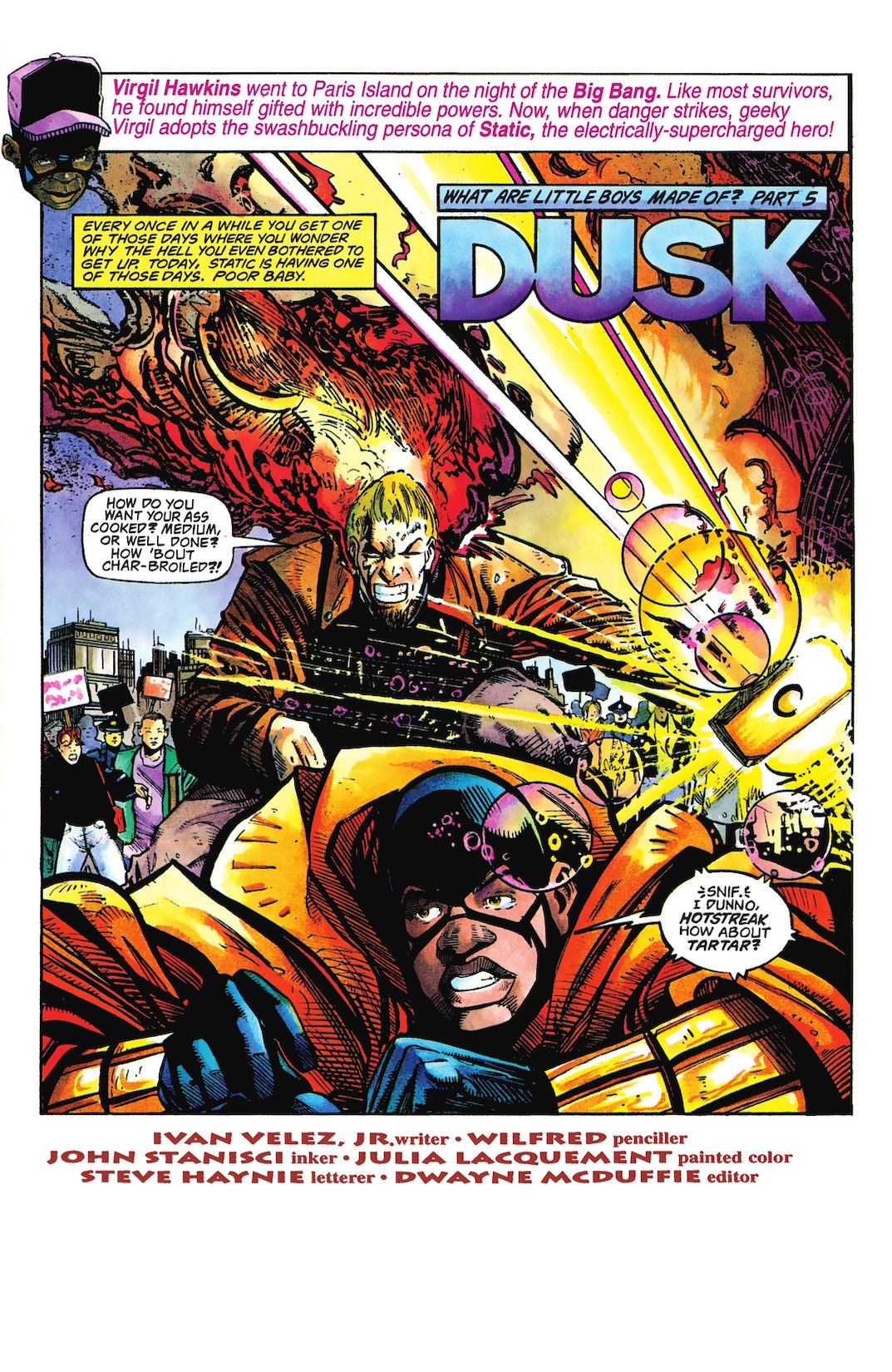 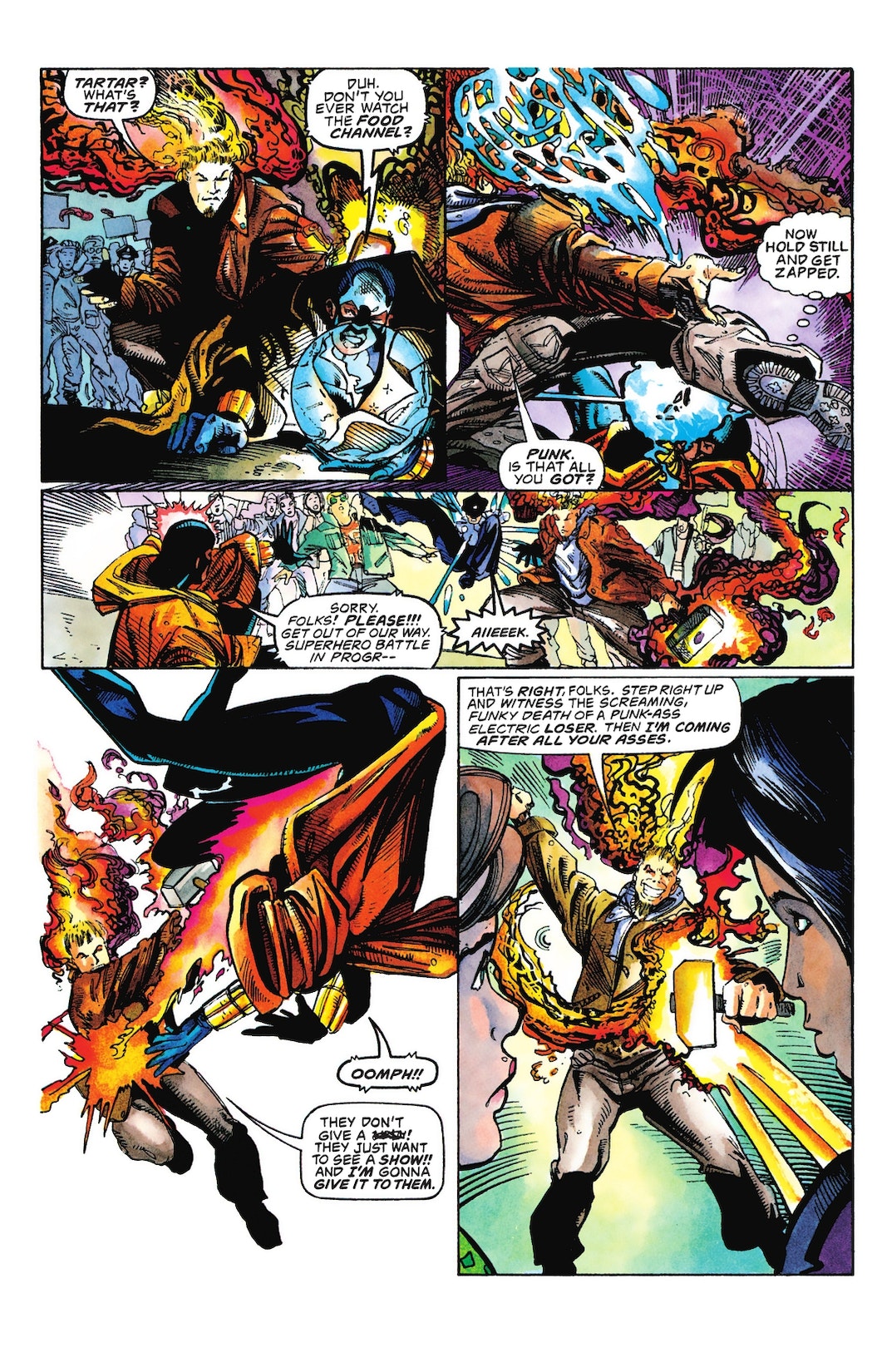 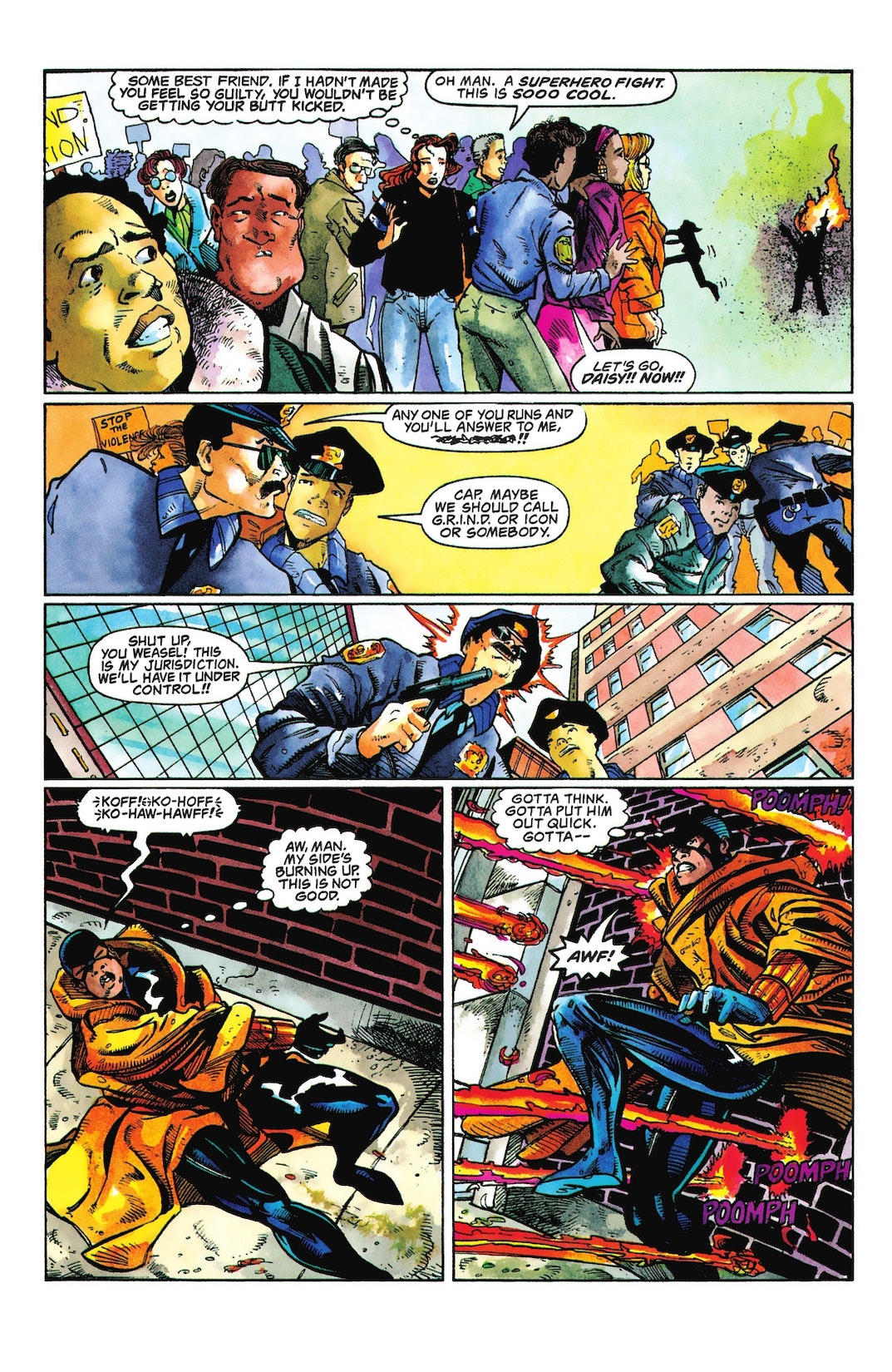 Part five of the five-part “What Are Little Boys Made Of?”: Static’s intervention in a clash between gay rights activists and the Sons of Odin forces him into personal combat with an old, embittered enemy: Hotstreak! Written by Ivan Velez Jr., with art by Wilfred and John Stanisci.