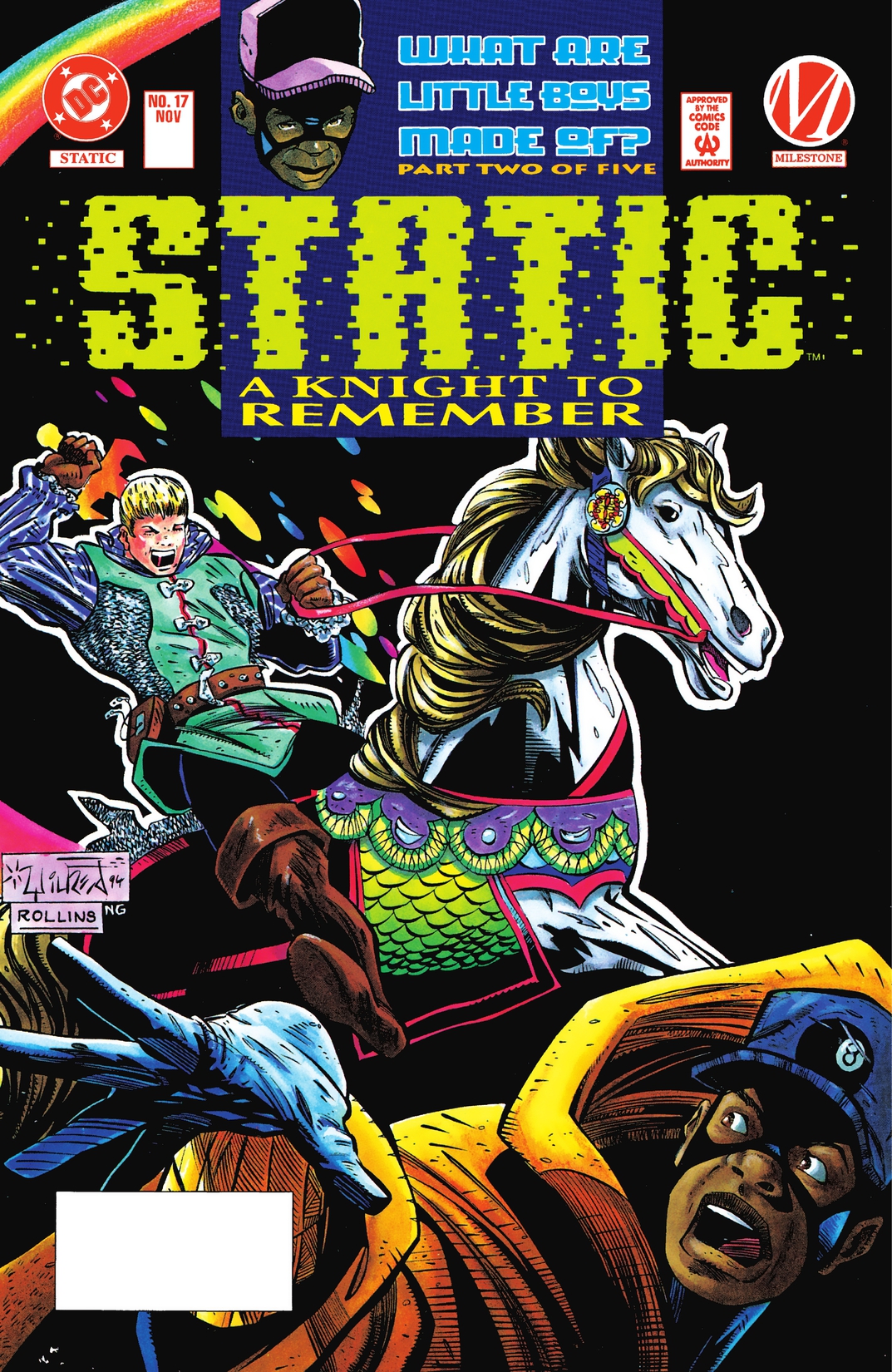 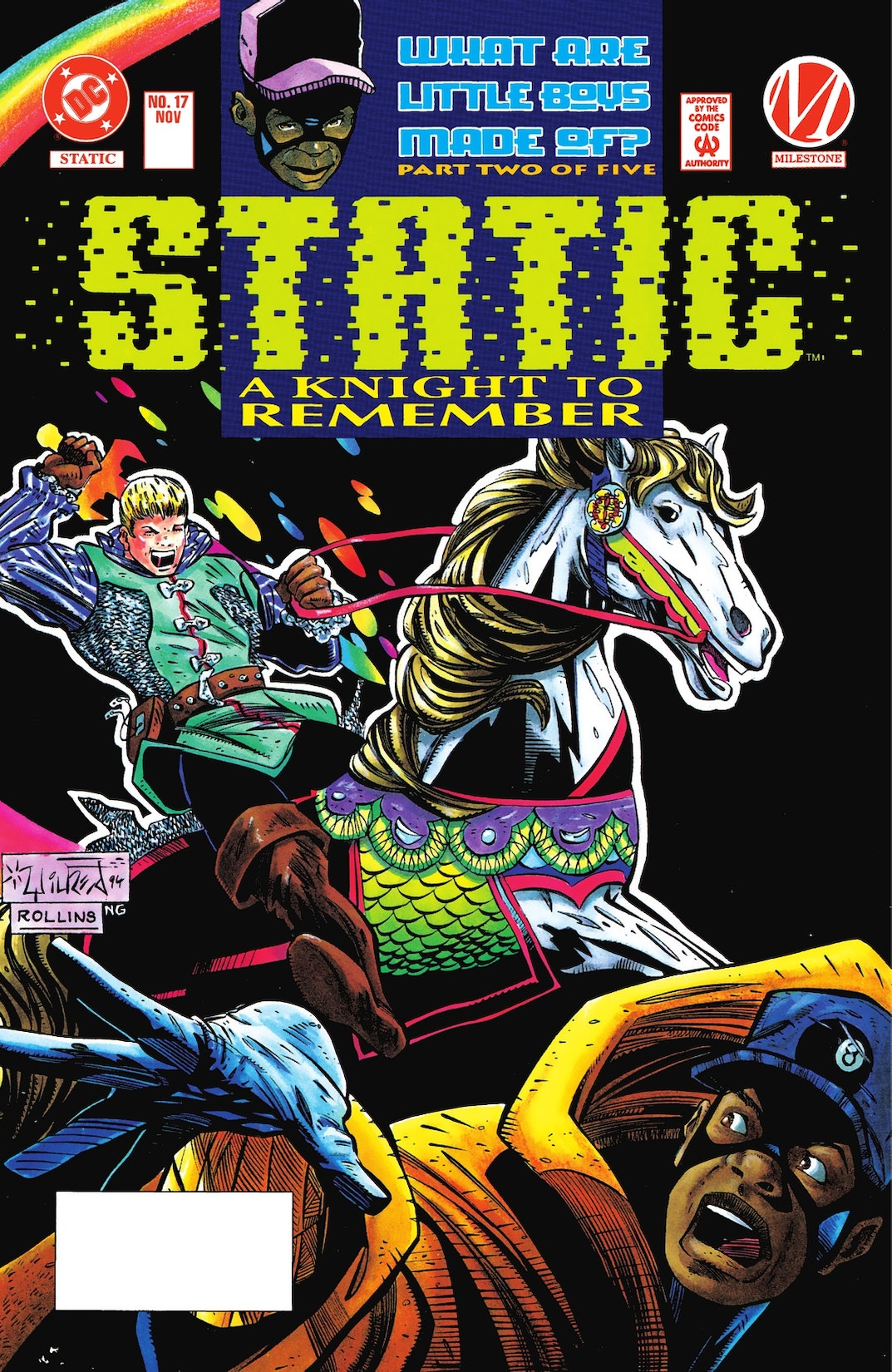 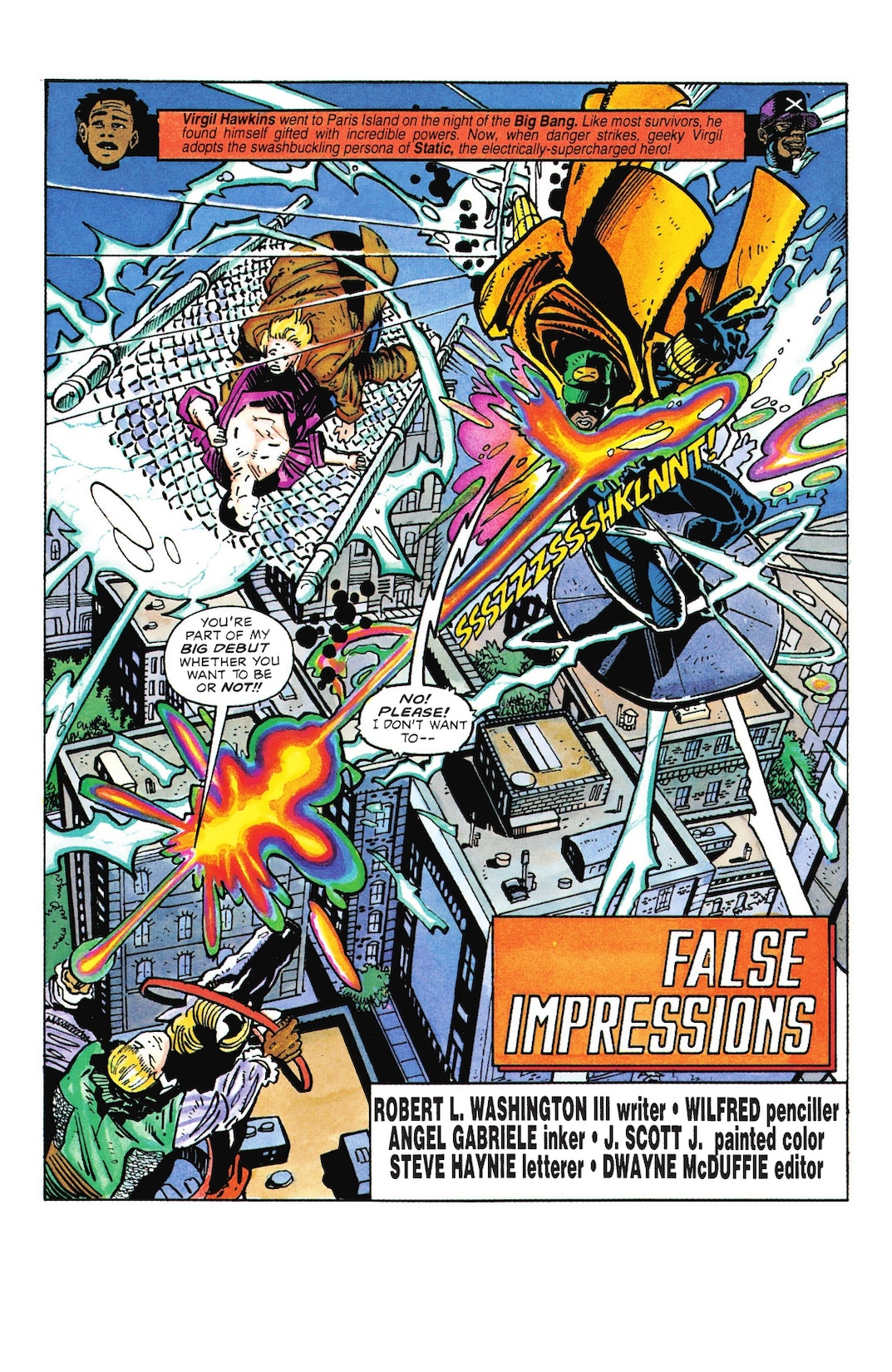 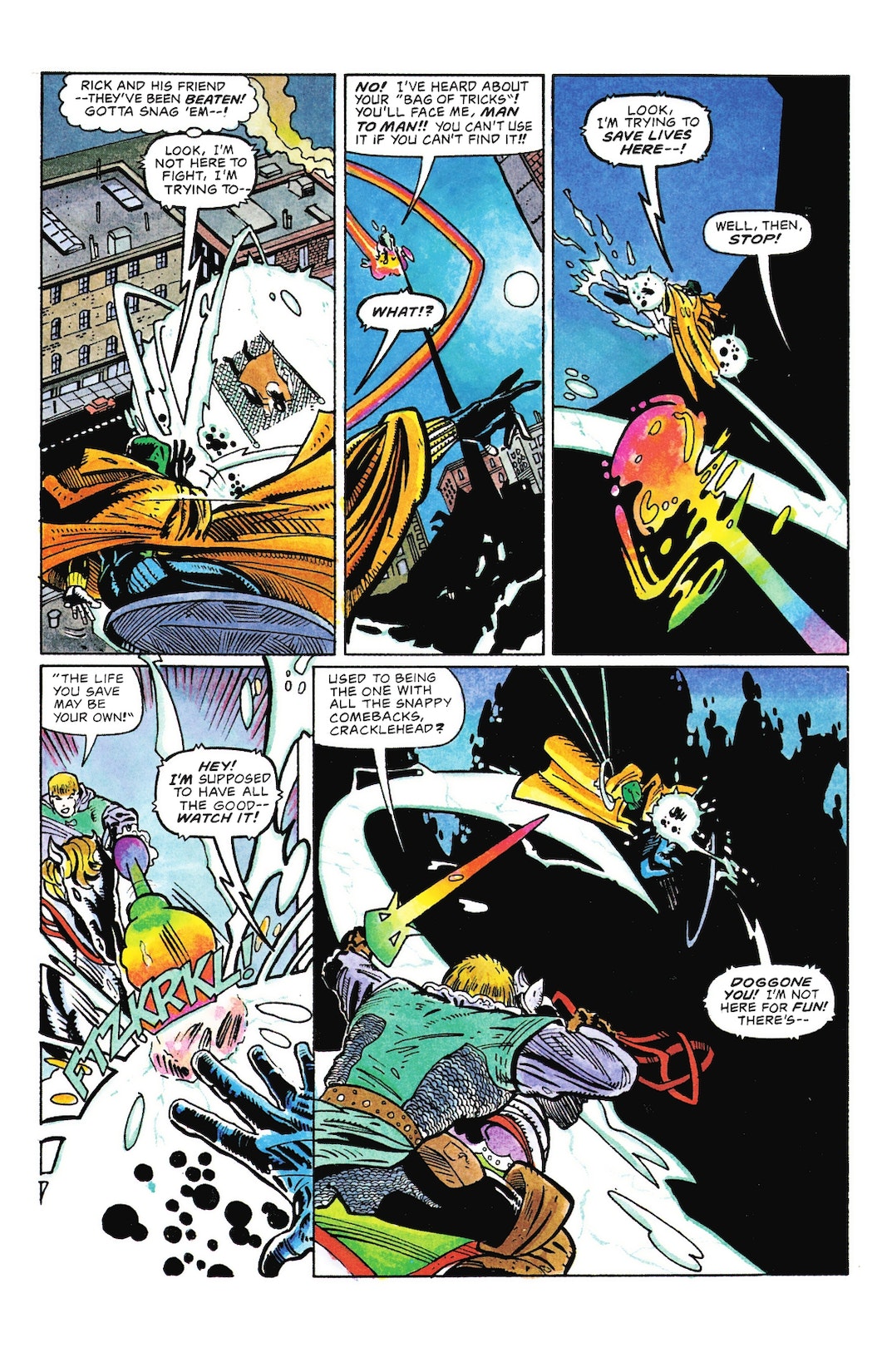 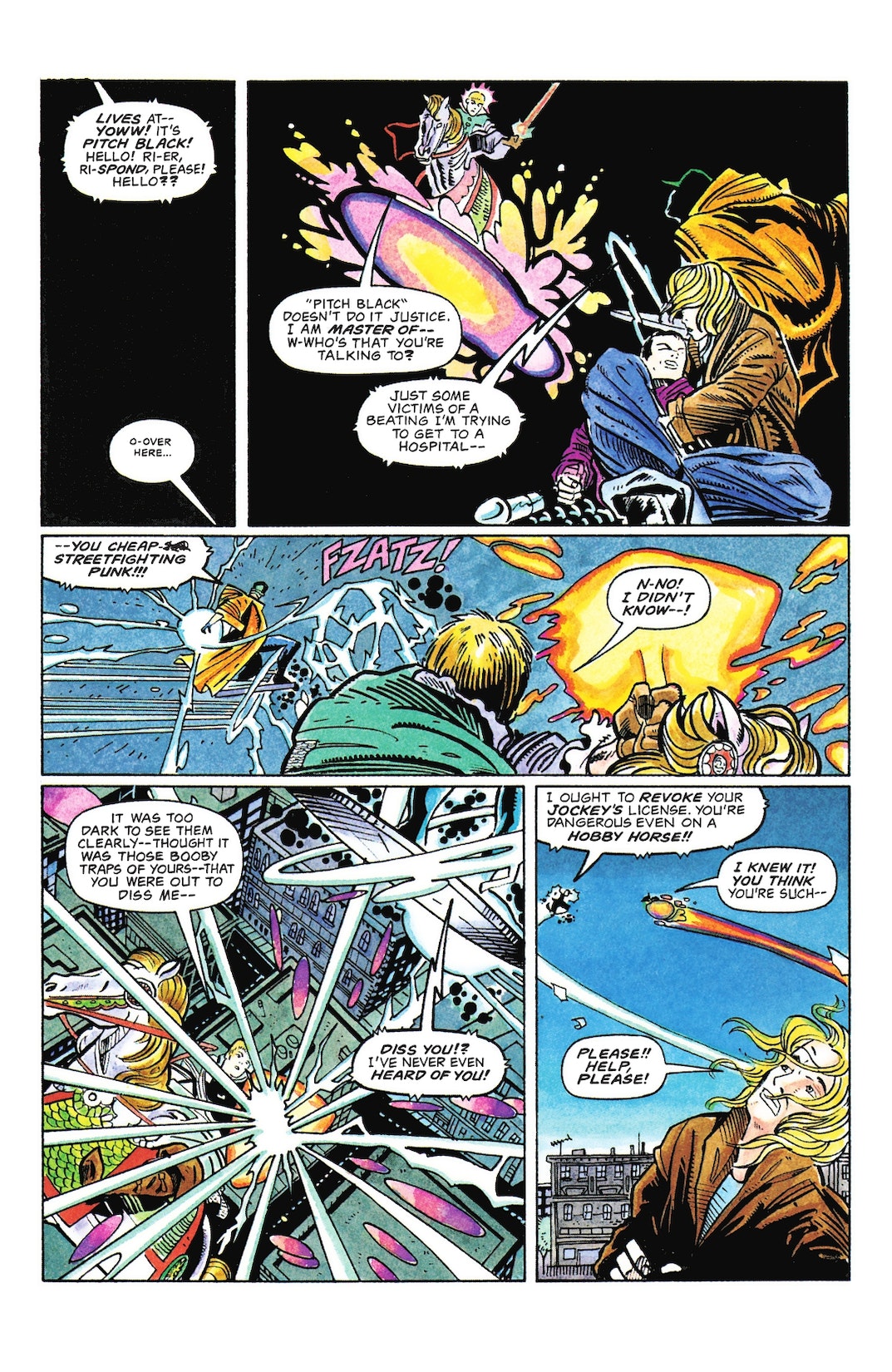 Part two of the five-part “What Are Little Boys Made Of?” Static faces would-be hero Palisade, an armored knight who leaves darkness in his path. But Palisade is convinced that he and Static are at cross-purposes and winds up endangering Rick, Rick’s injured friend, and Frieda. Written by Robert L. Washington III, with art by Wilfred and Pat Gabriele. Cover by Wilfred and Prentis Rollins.