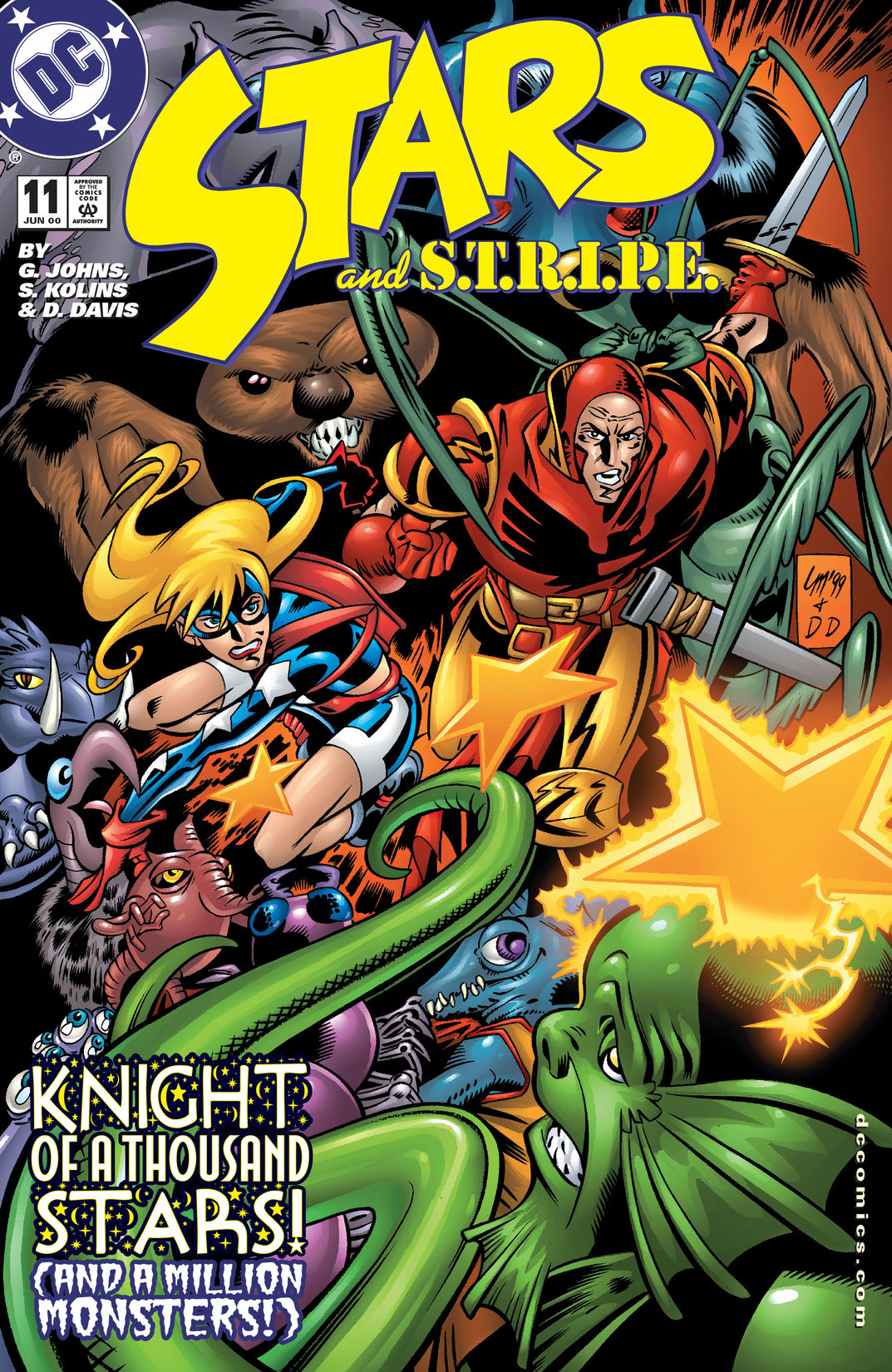 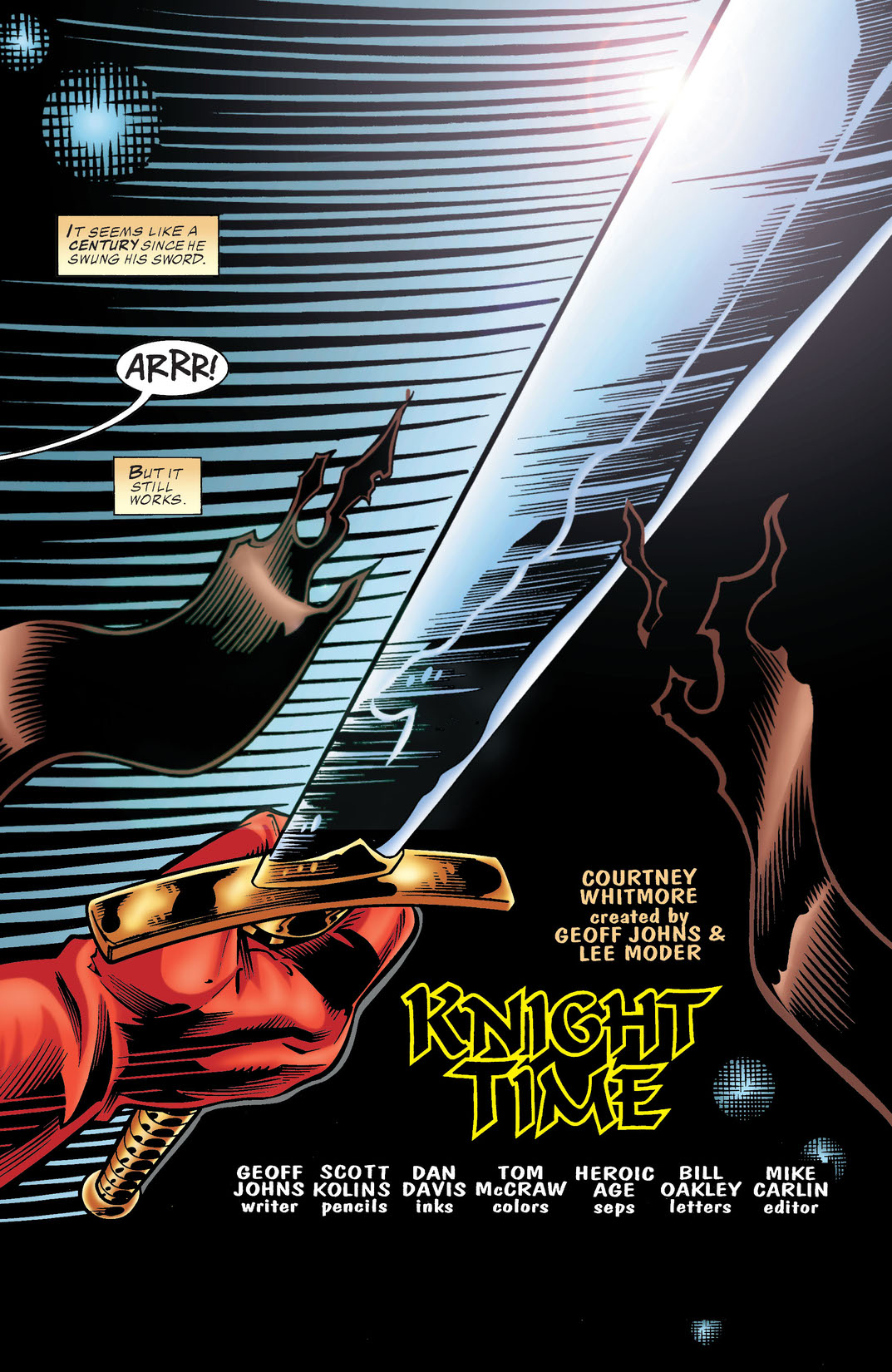 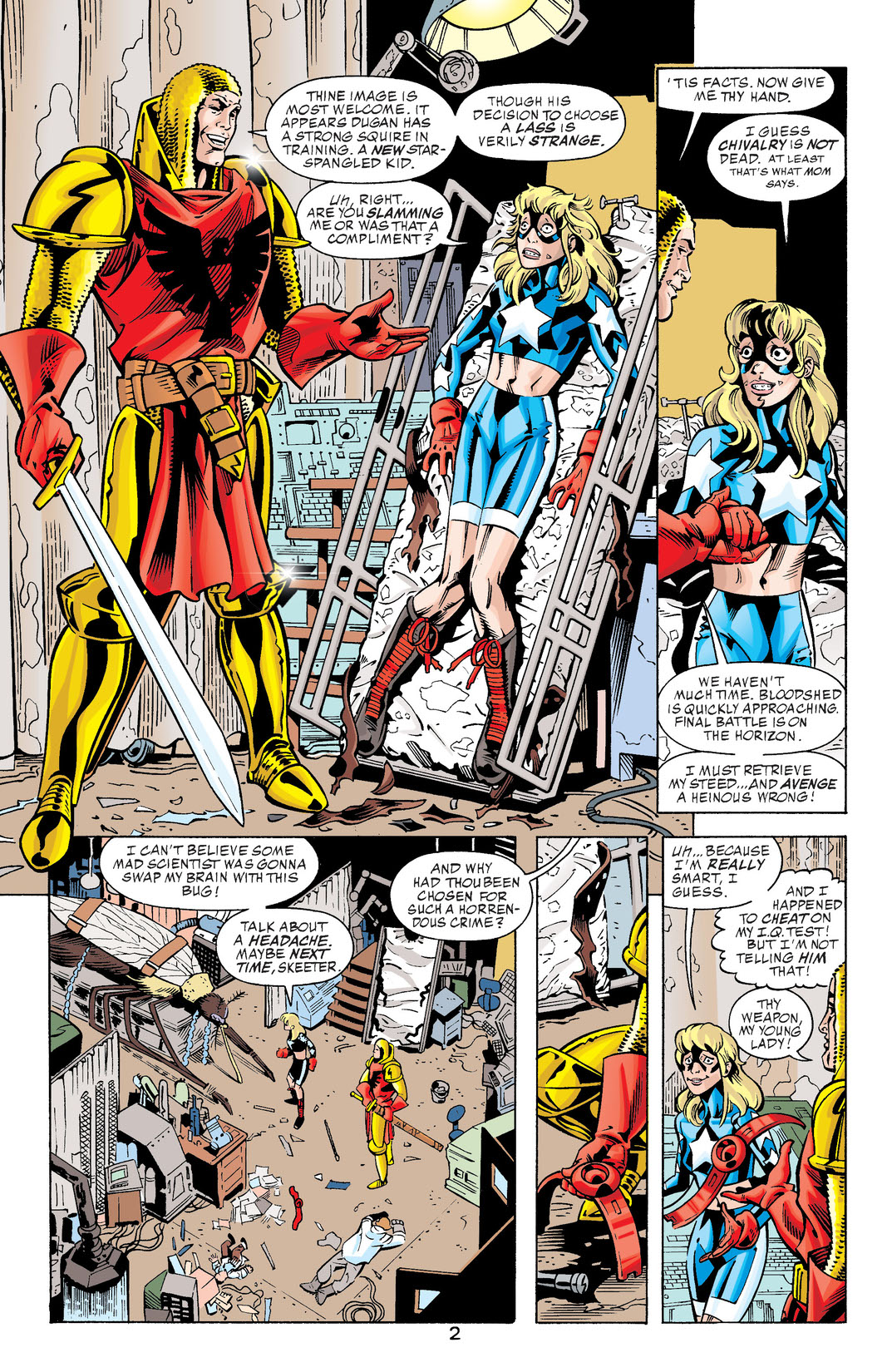 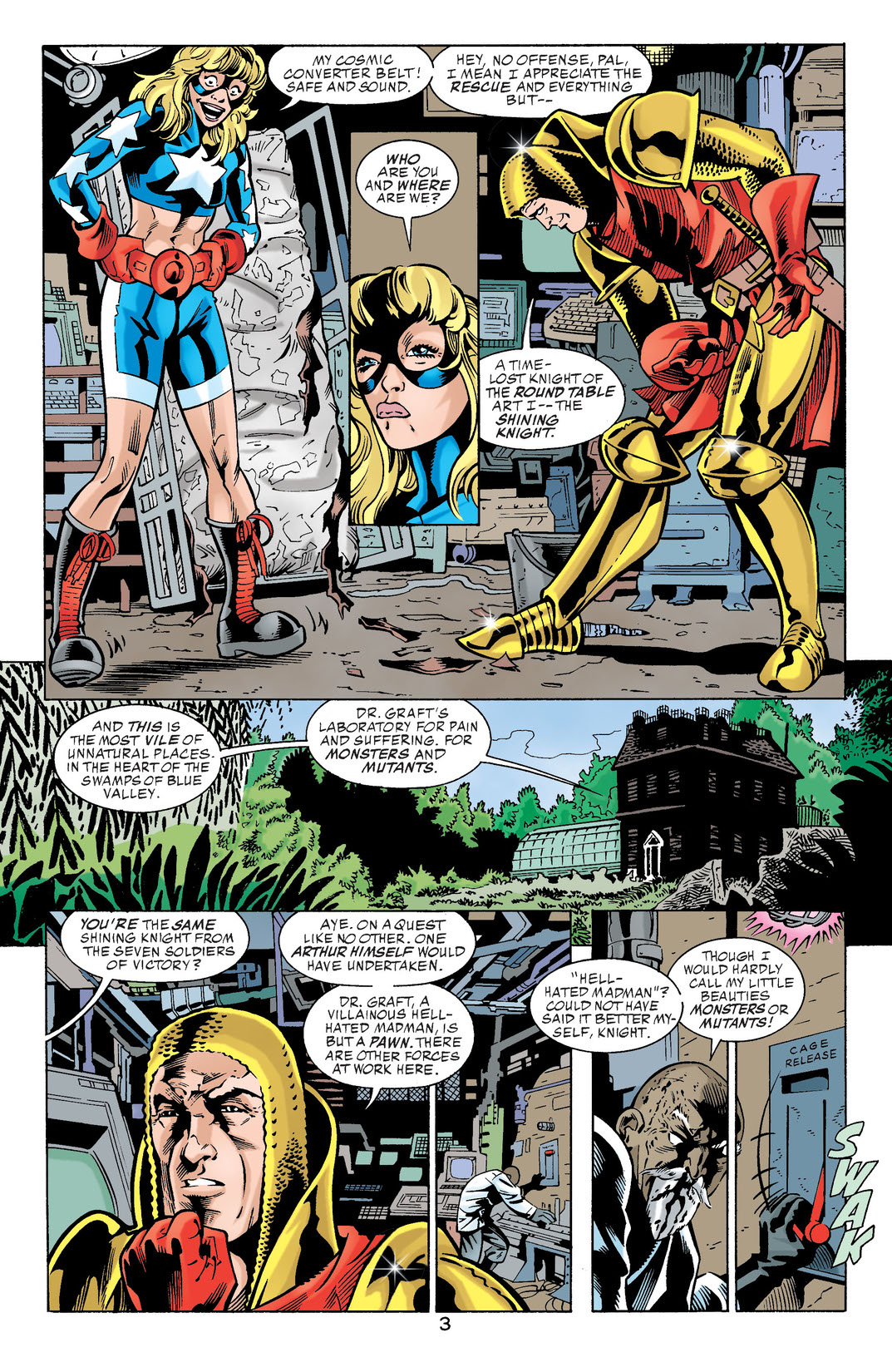 The Shining Knight and the Star-Spangled Kid take some Graft-Dr. Graft that is-as the nefarious Dragon King makes his move! The King's daughter, Shiv, attacks S.T.R.I.P.E. and the Kid where they live-literally-as Pat's Pit Stop is besieged! Plus, Courtney and her stepbrother, Mike, fight over the Star-Spangled Kid's Cosmic Converter Belt. Sibling rivalry is one thing, but this could be explosive!