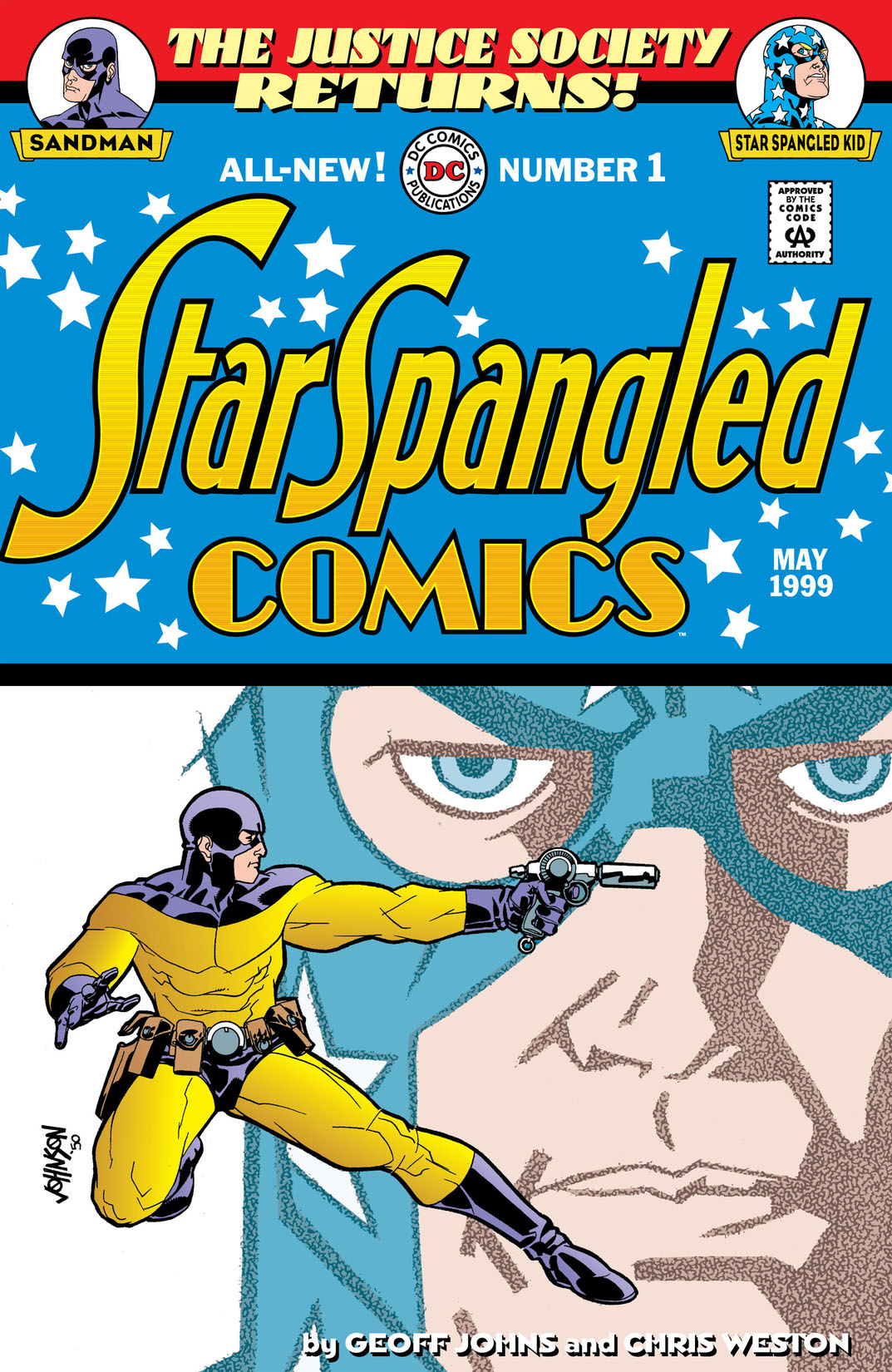 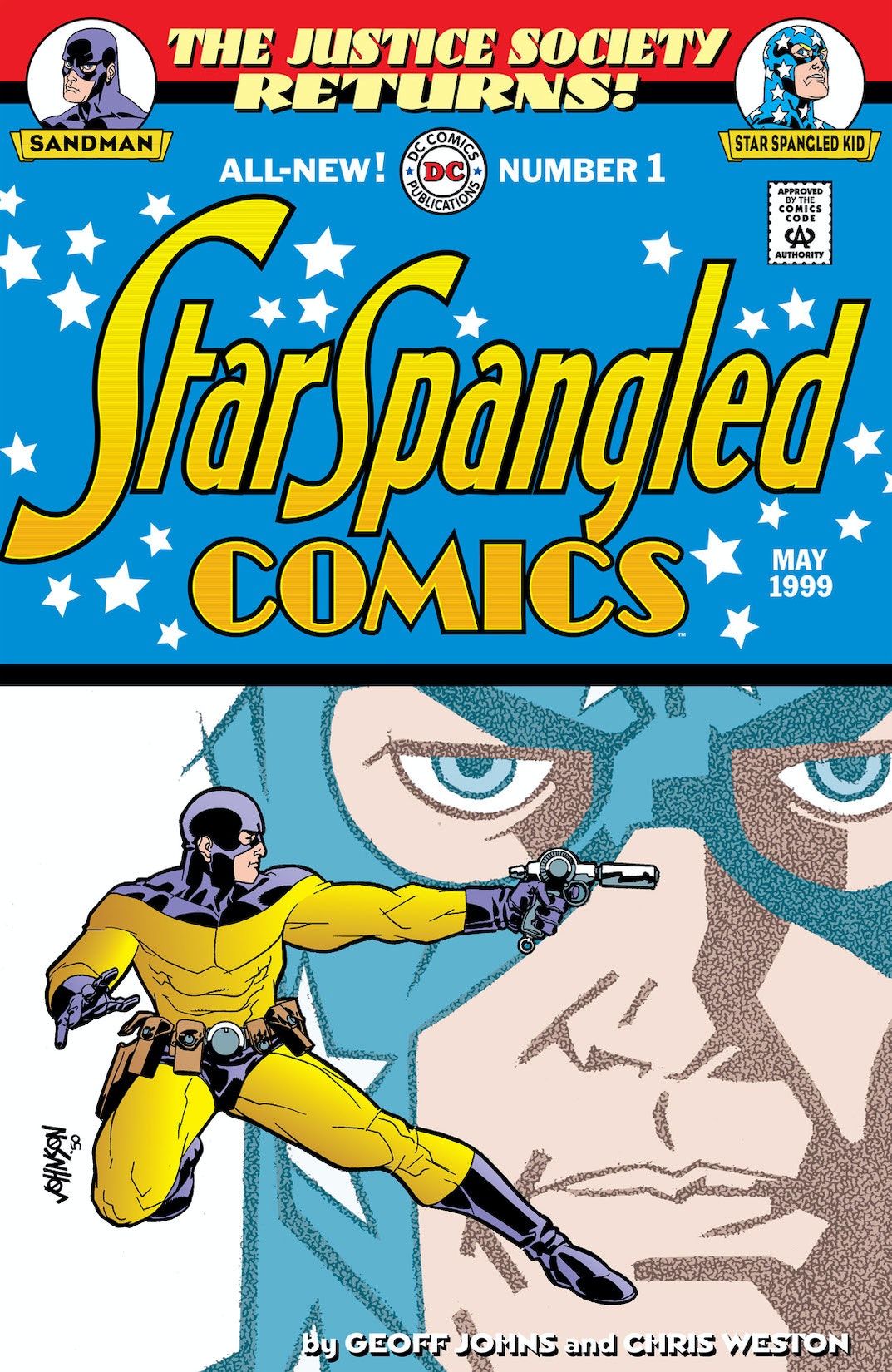 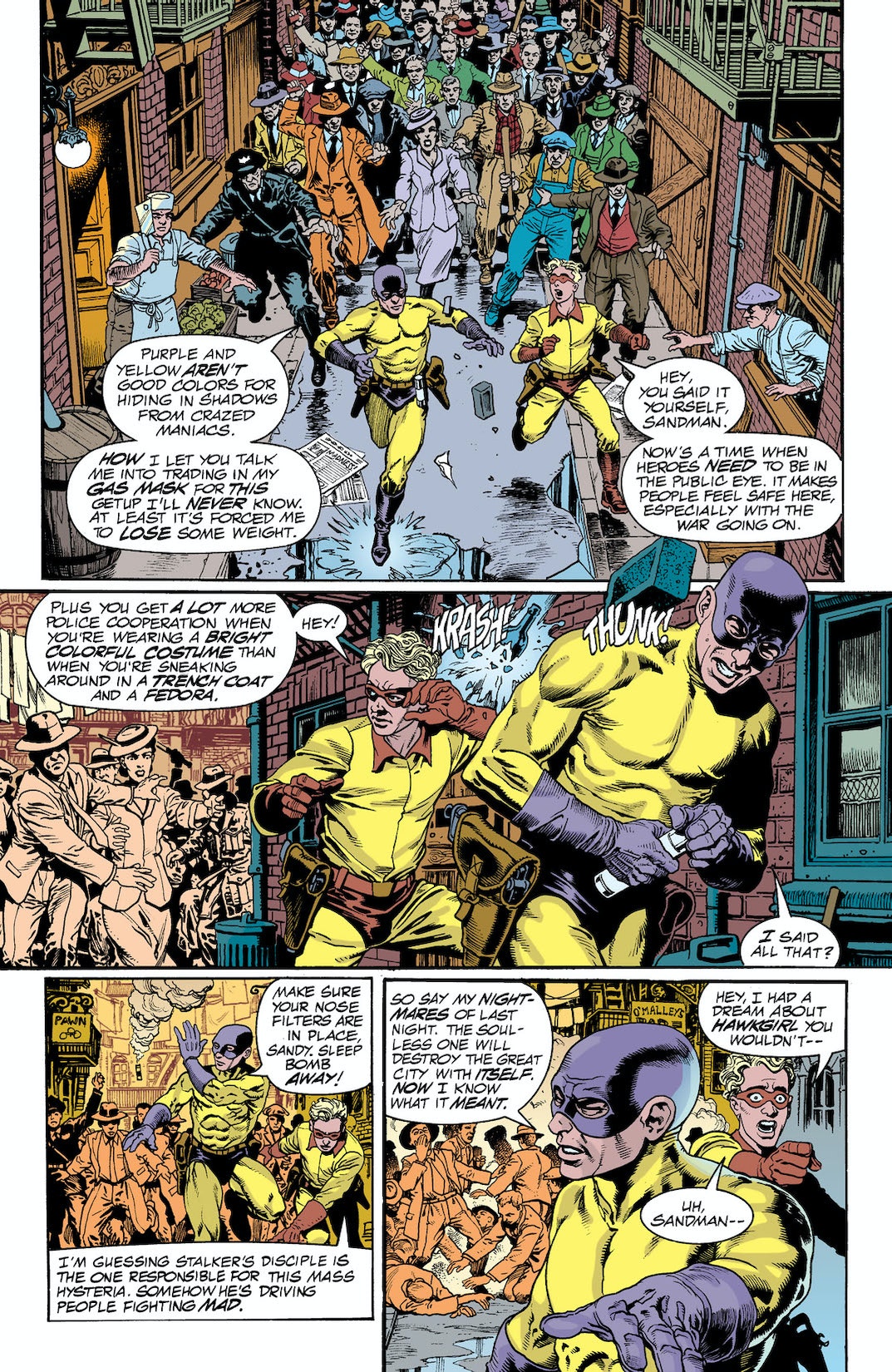 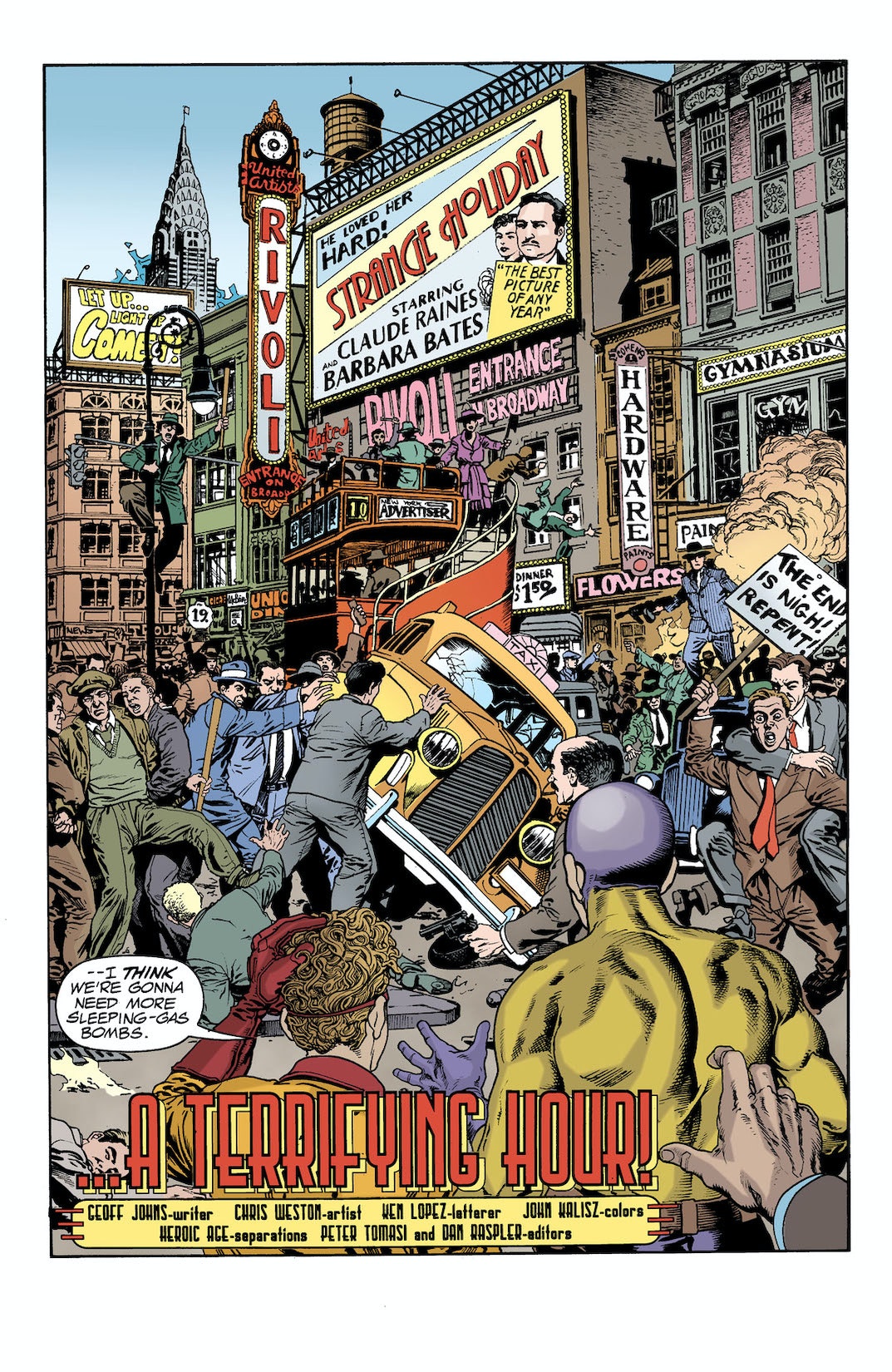 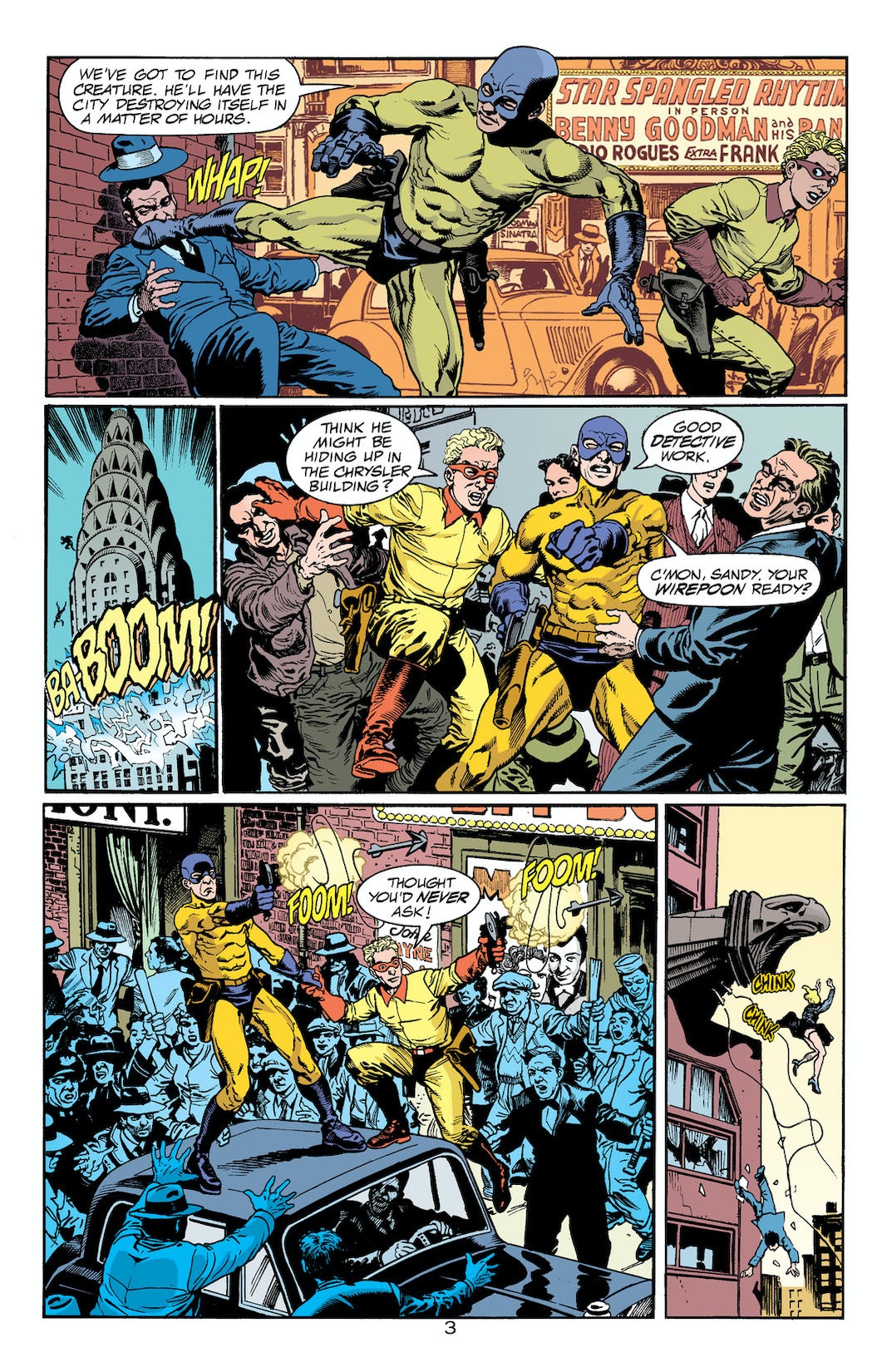 The Sandman and his sidekick, Sandy, join forces with the Star-Spangled Kid and Stripesy to take on one of Stalker's Seven who is destroying New York City by driving everyone in town stark raving mad! Up against powers beyond their reckoning, it falls to the lowly sidekicks to somehow save the greatest city on the planet.