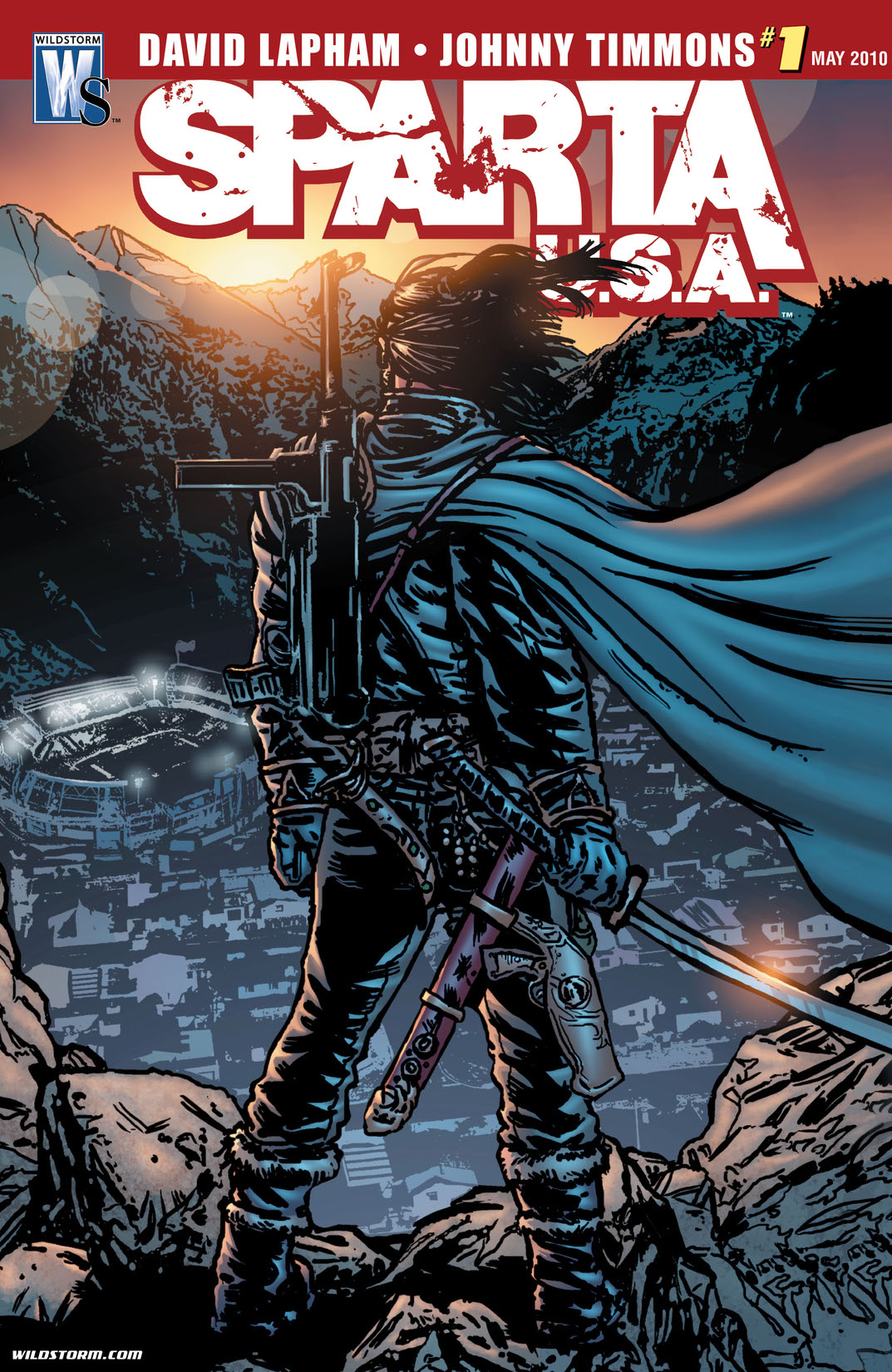 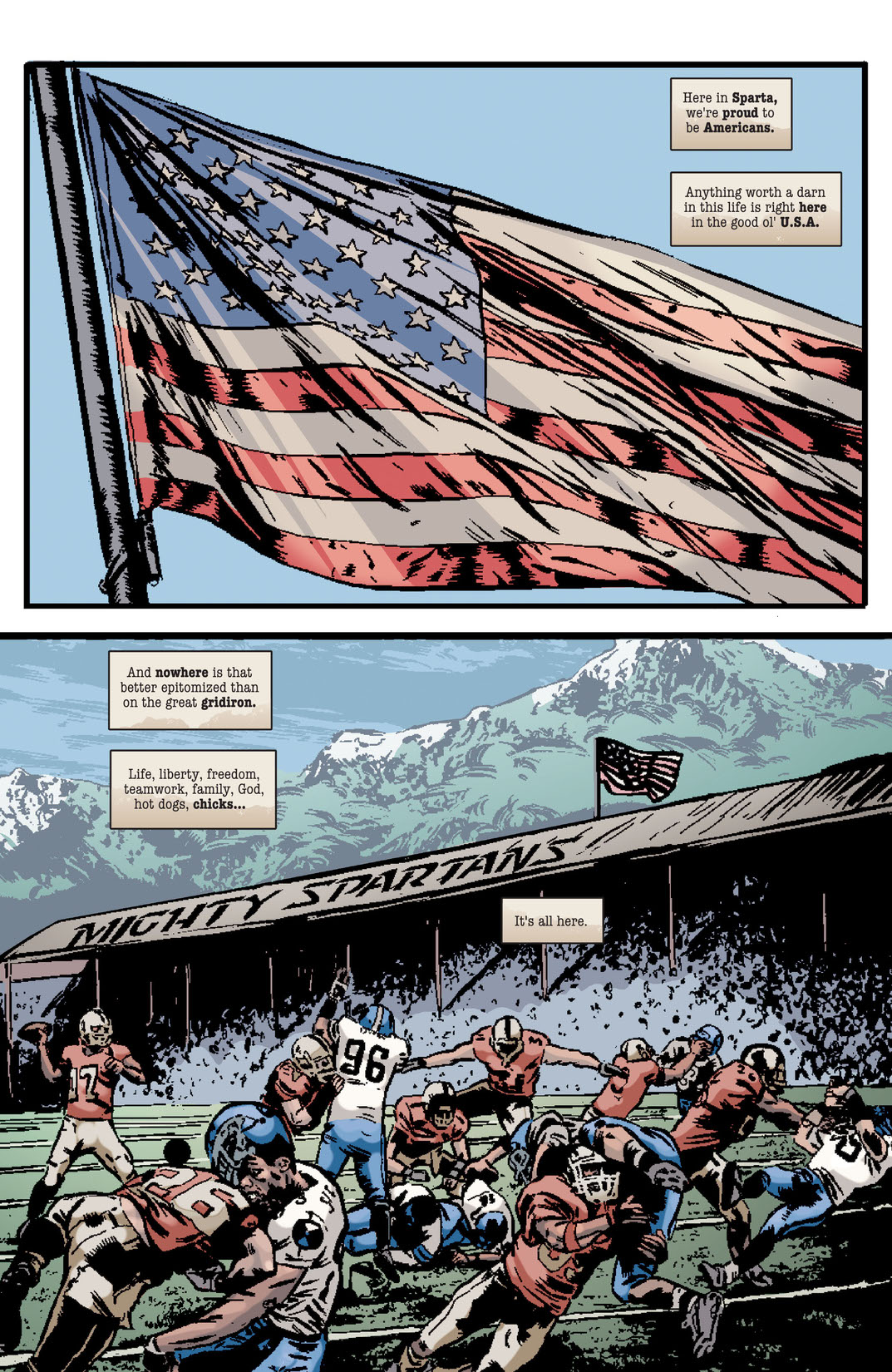 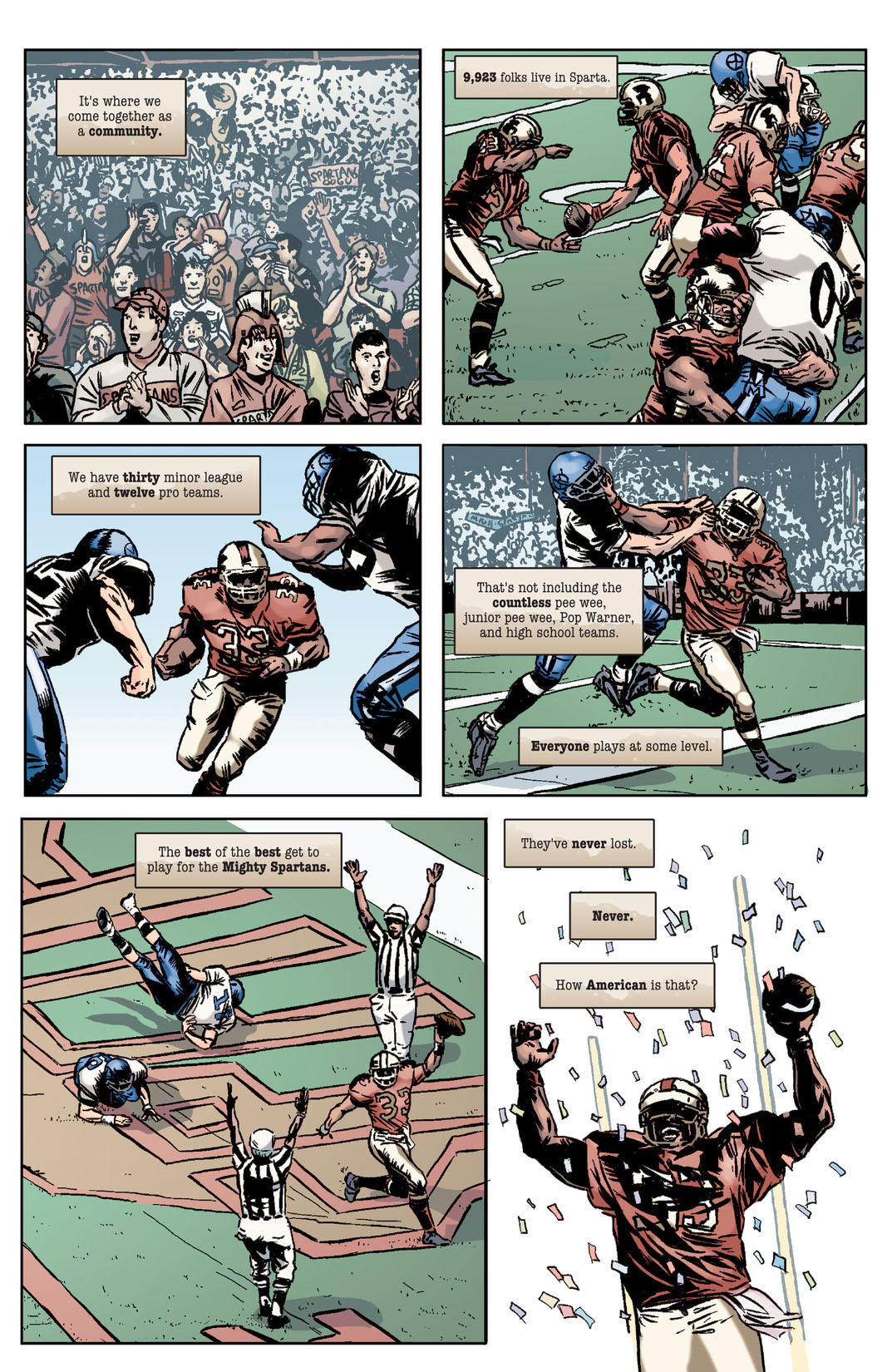 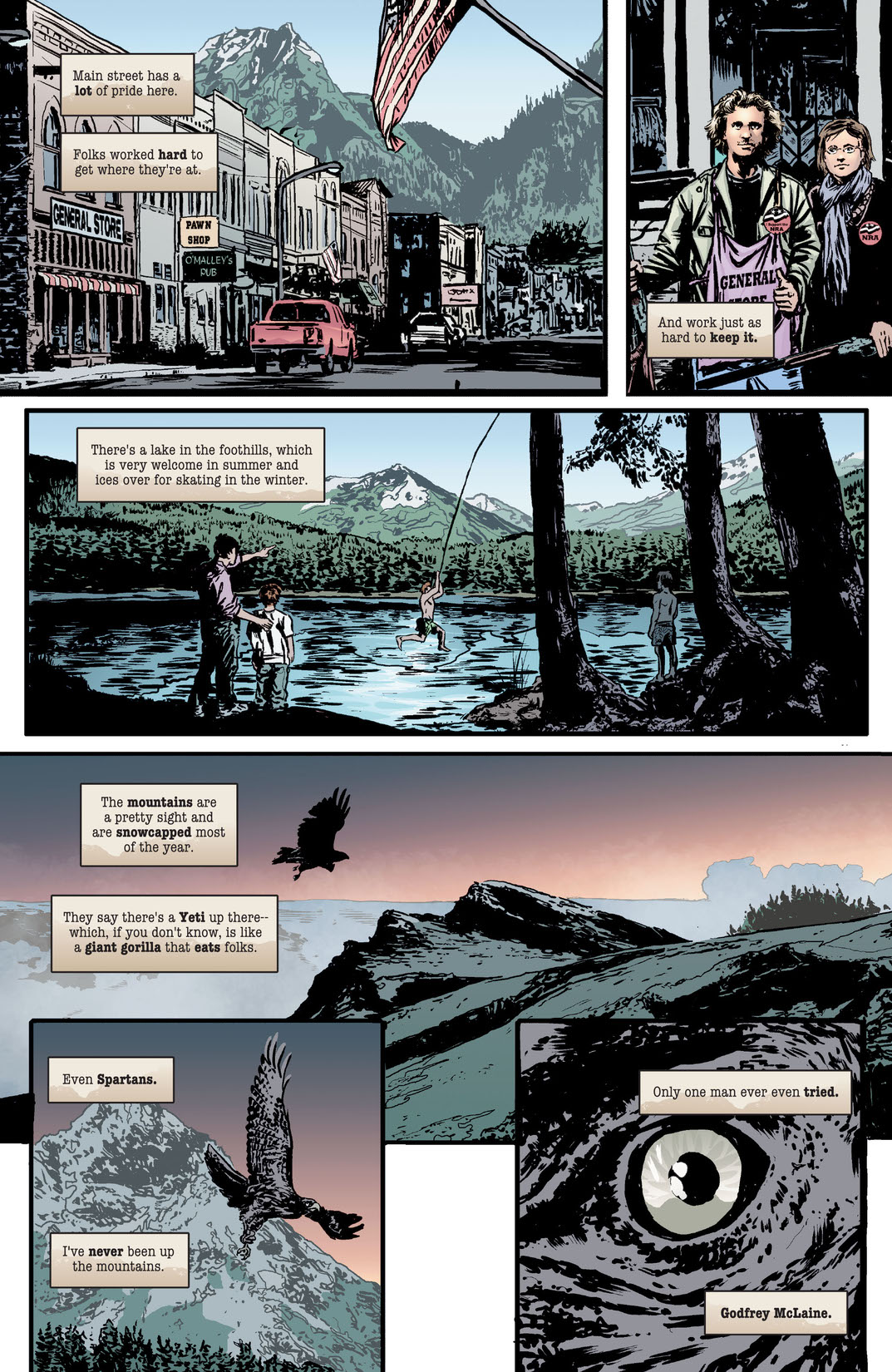 There's never been a more American town than Sparta. In Sparta they believe in life, liberty and the pursuit of happiness through treachery, blackmail and murder—just like the Maestro taught them as he learned it from the U.S. President. Sparta is such a great place that no one ever thinks of leaving. It's been three years since anyone's tried, and he was never heard from again...until today. Today, Godfrey McLaine, the greatest quarterback in Sparta's history, has returned—bigger, taller and redder than when he left. He's also armed with a secret that will expose the rotten core of the American Dream. Award-winning writer David Lapham (YOUNG LIARS, STRAY BULLETS) and artist Johnny Timmons (Wolverine) deliver a unique take on what it means to be an American!