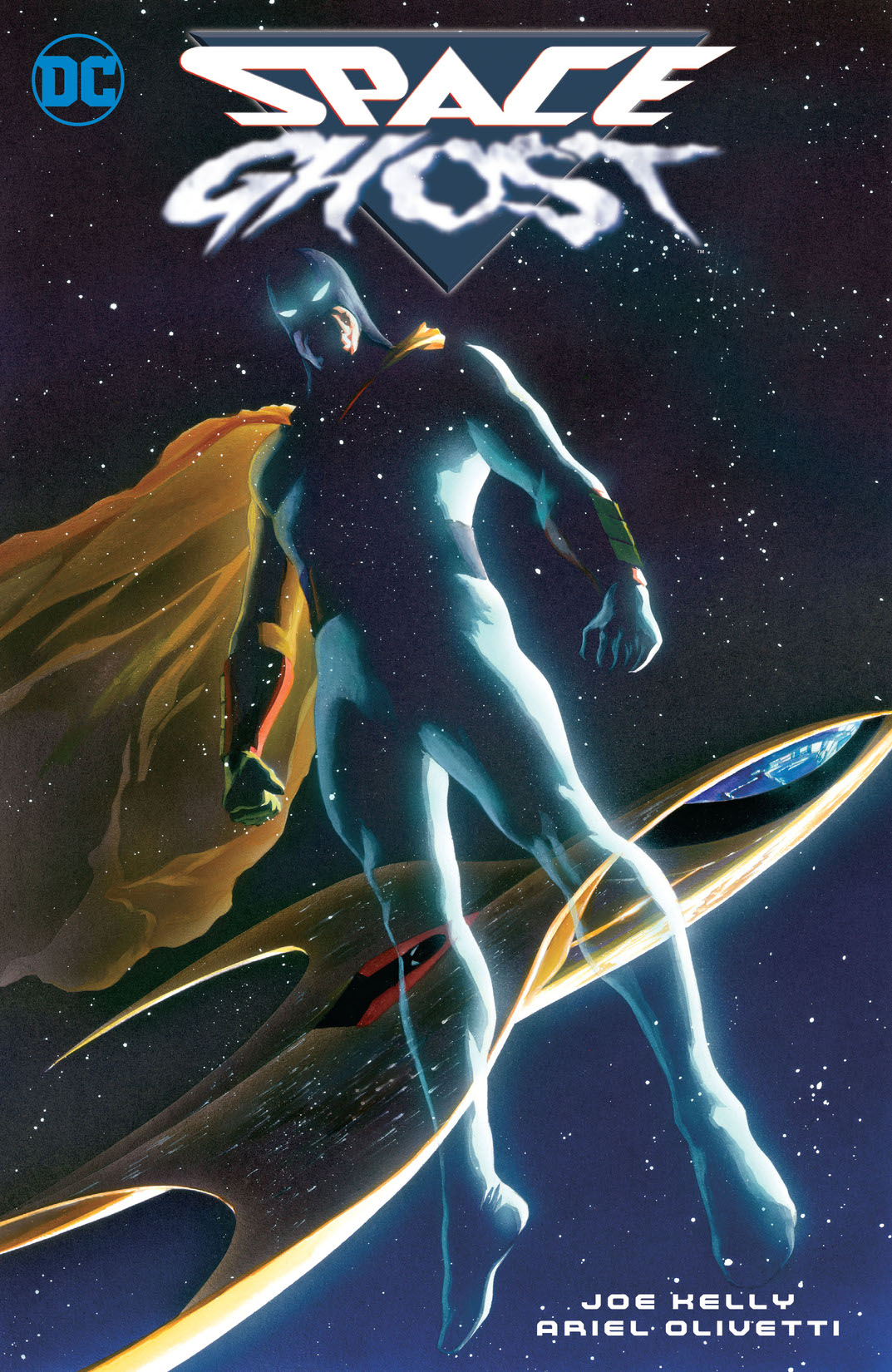 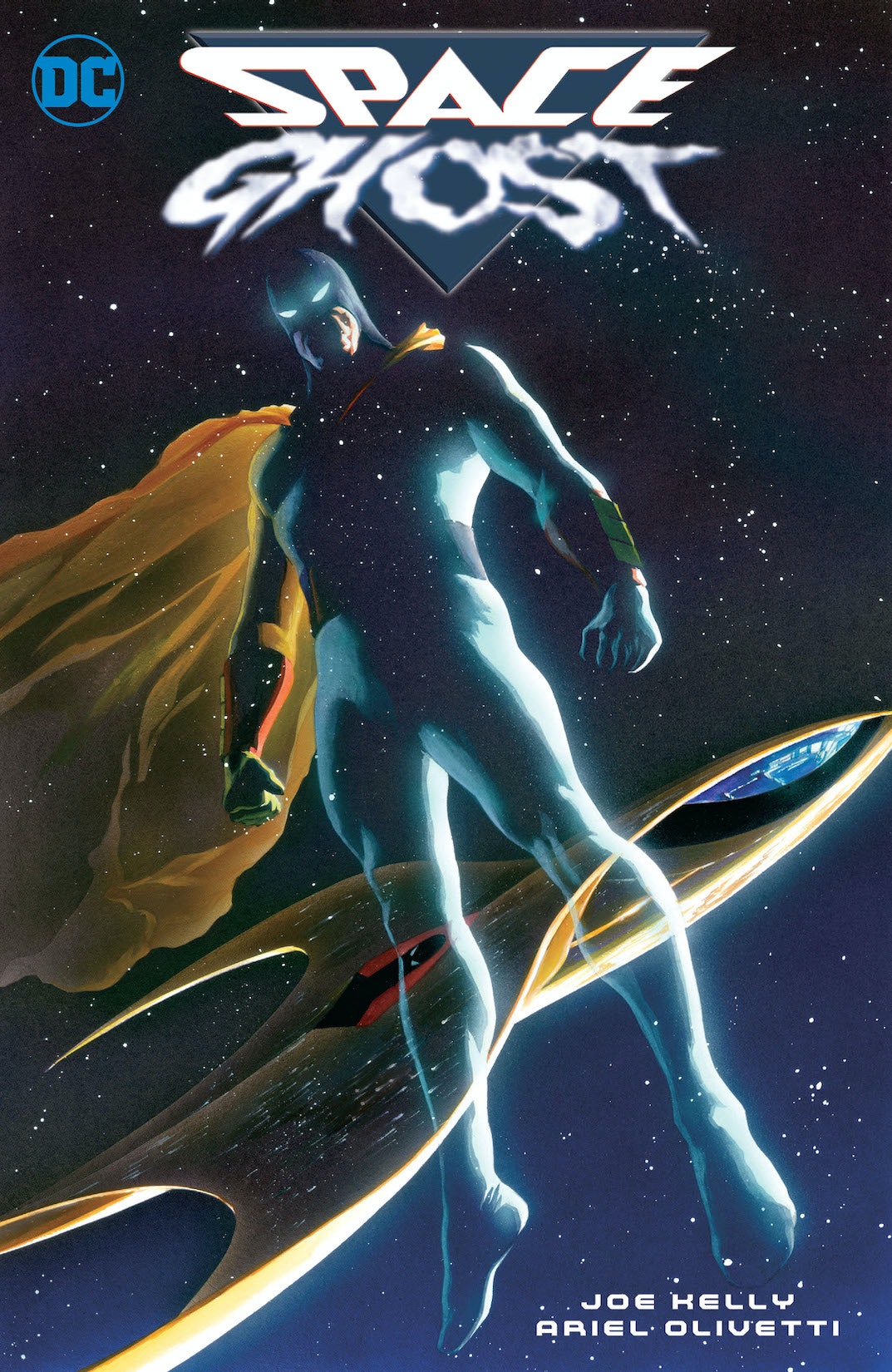 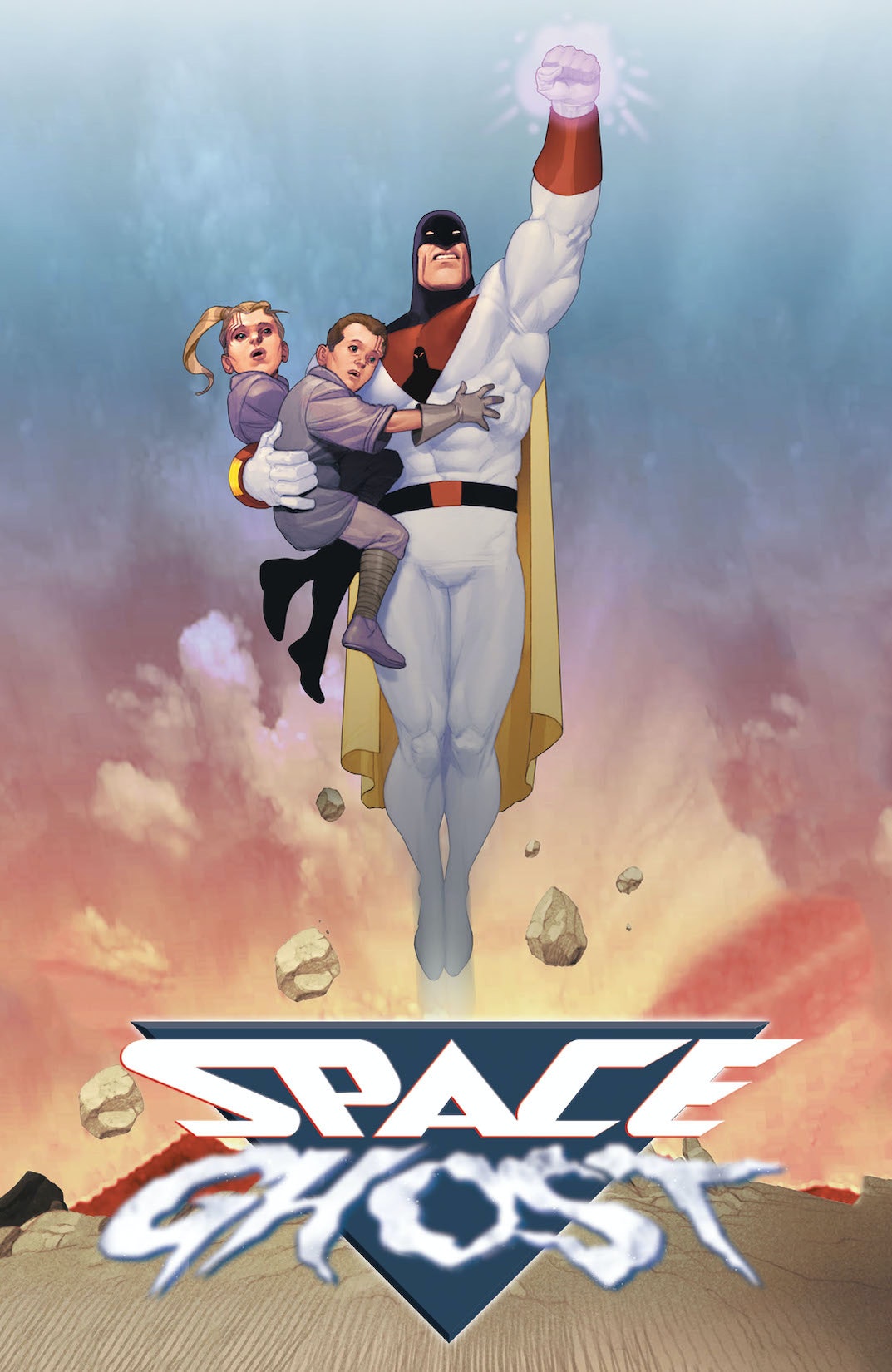 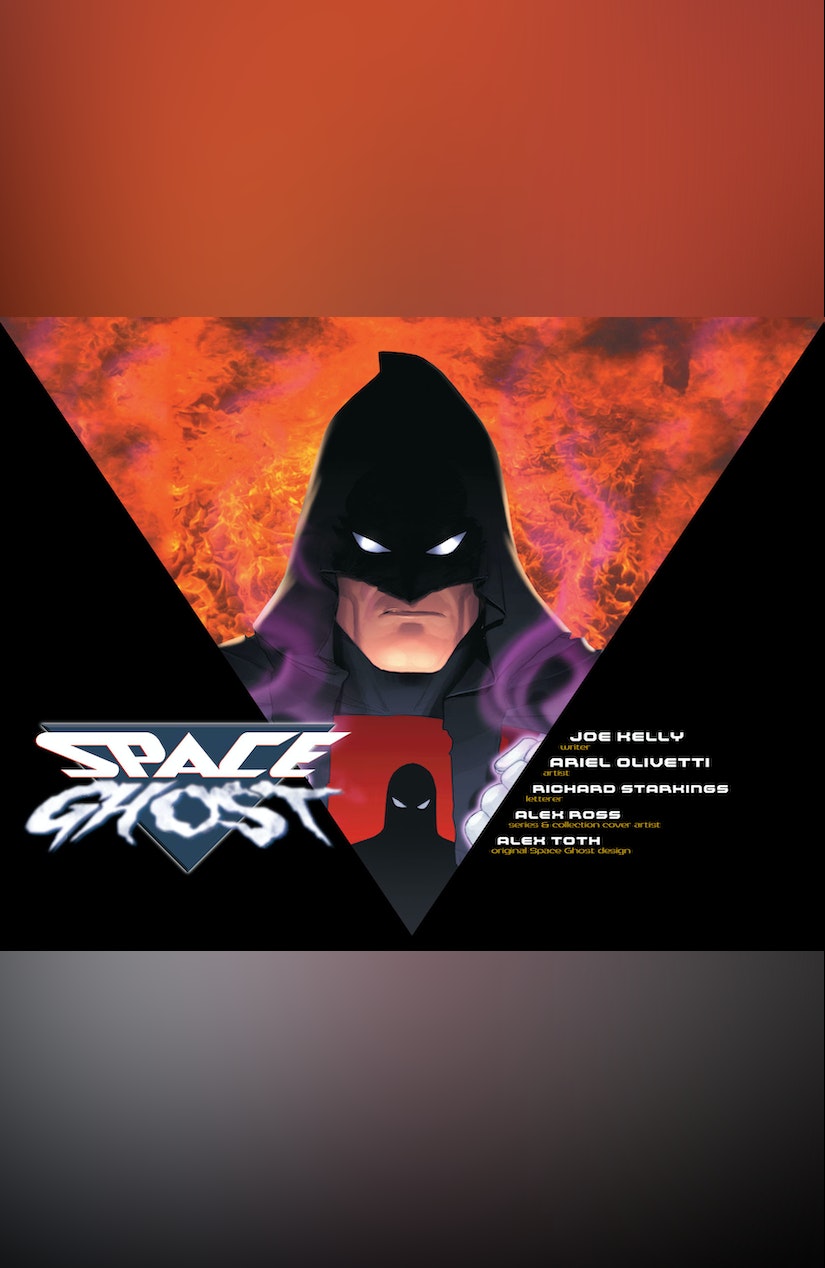 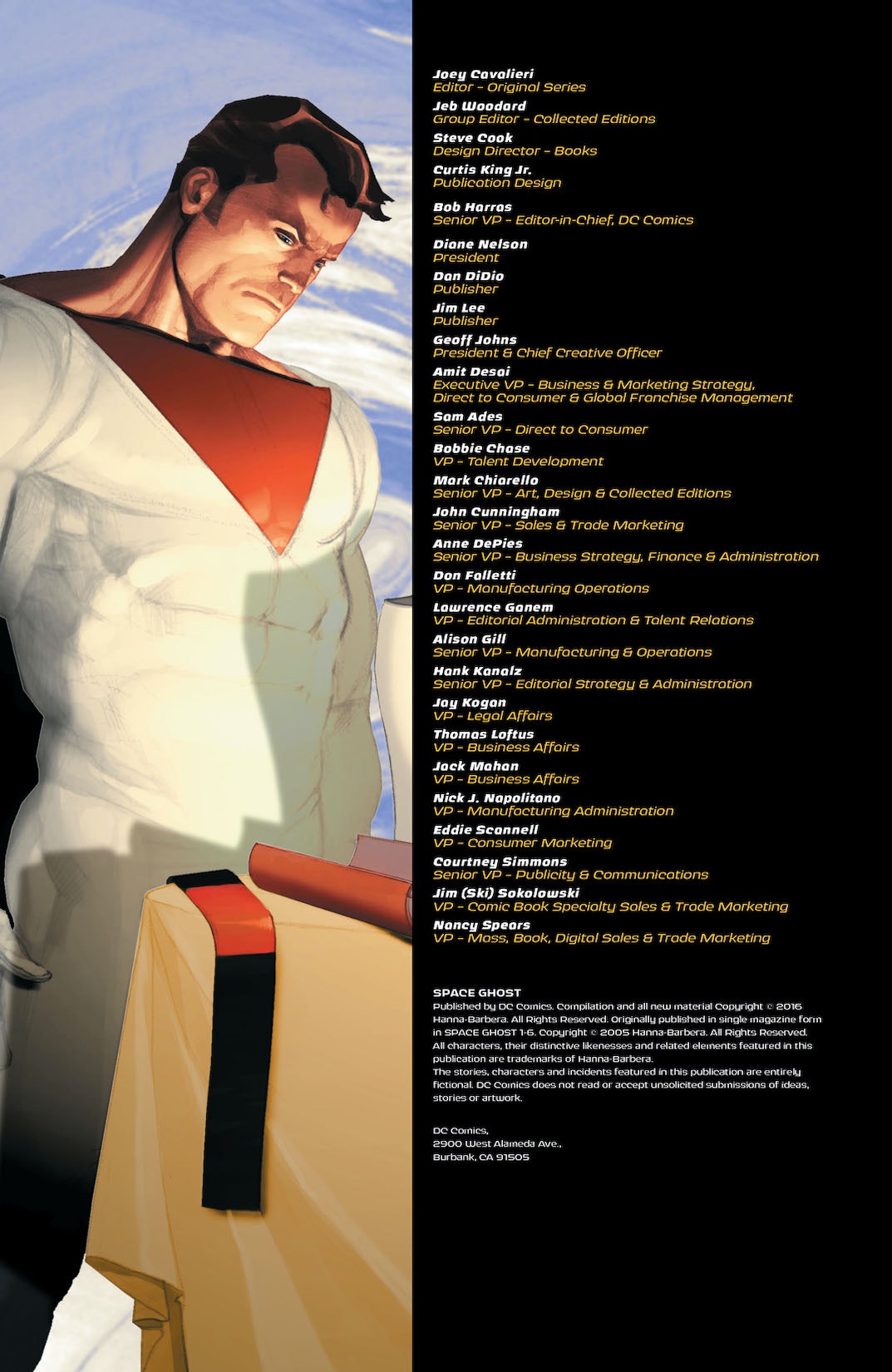 THE TRUE ORIGIN OF THE ANIMATED STAR! After his debut in 1966, Space Ghost was immediately established as a premier hero. His exploits have been on network television and cable ever since, and he remains one of the most recognized adventurers in all of animation. But WHO is Space Ghost? A young policeman joins an elite space force that turns out to be horribly corrupt. When his moral standards don’t permit him to live a lie, our hero attempts to stop the grift…at the cost of his own family-and his soul! Witness the beginnings for the first time anywhere! The entire hit miniseries is collected here, written by JOE KELLY (JLA, SUPERGIRL) with art by ARIEL OLIVETTI (JLA: HAVEN, G.I. COMBAT) and painted covers by ALEX ROSS (THE WORLD’S GREATEST SUPER-HEROES)!