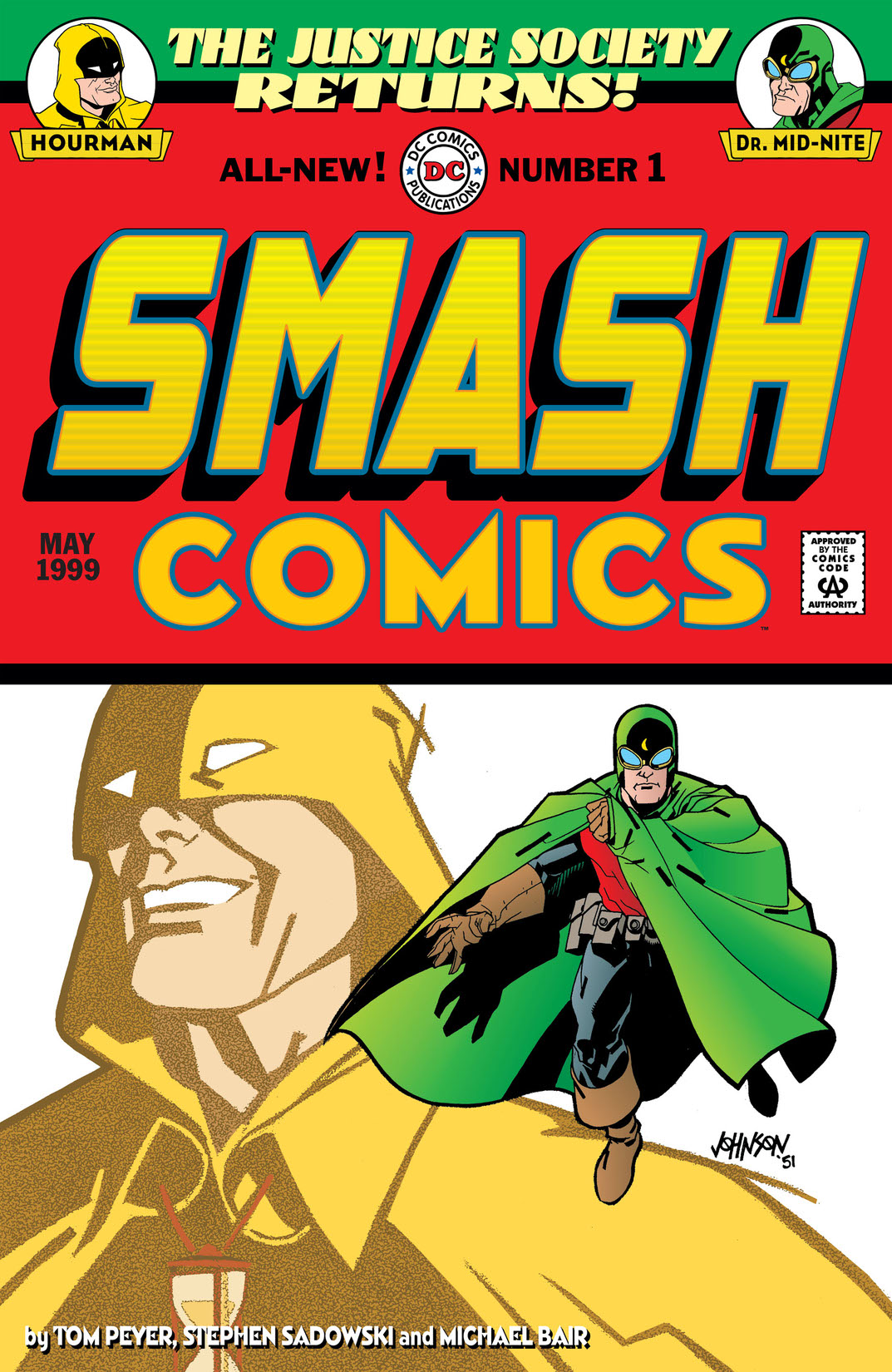 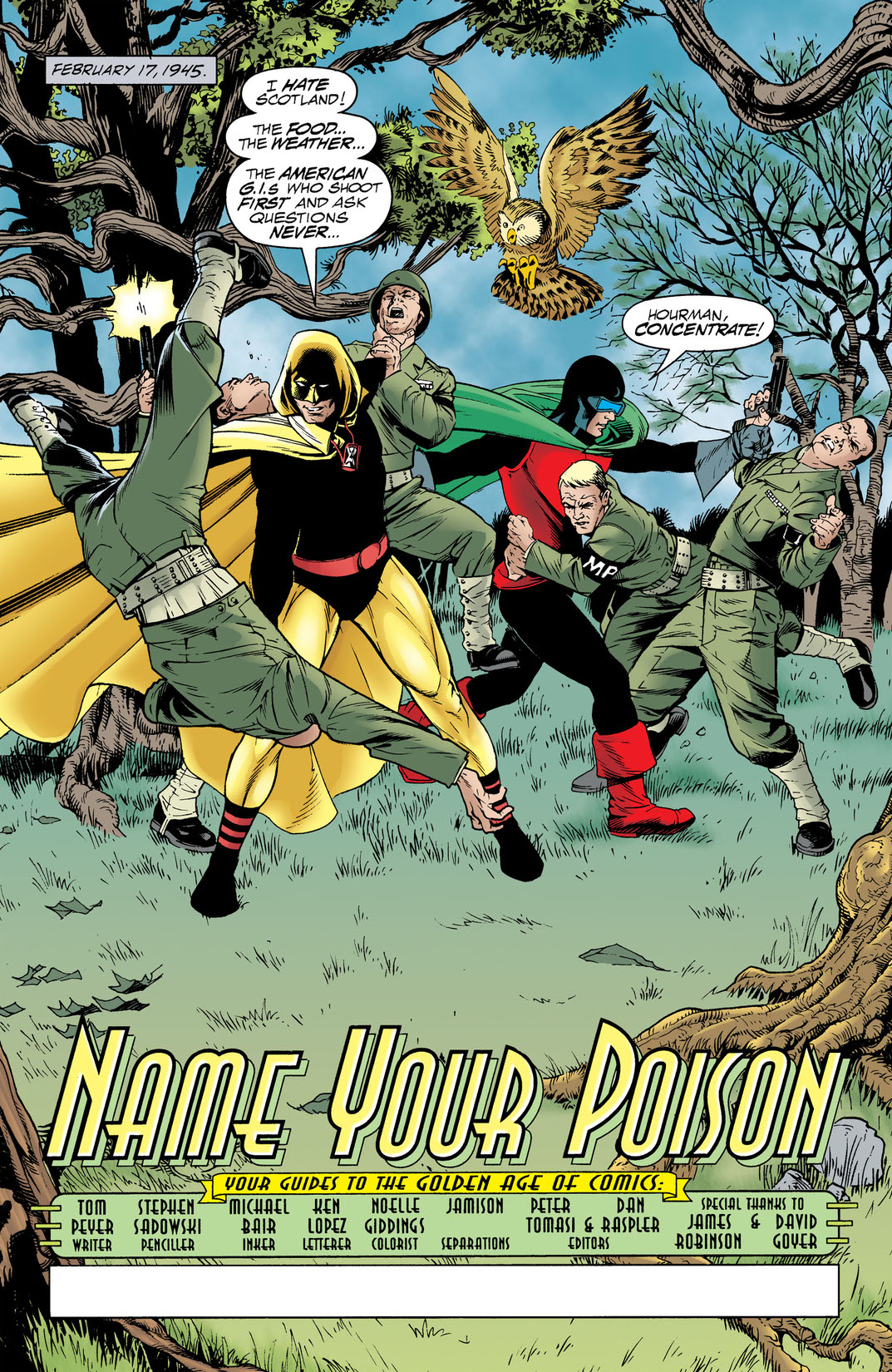 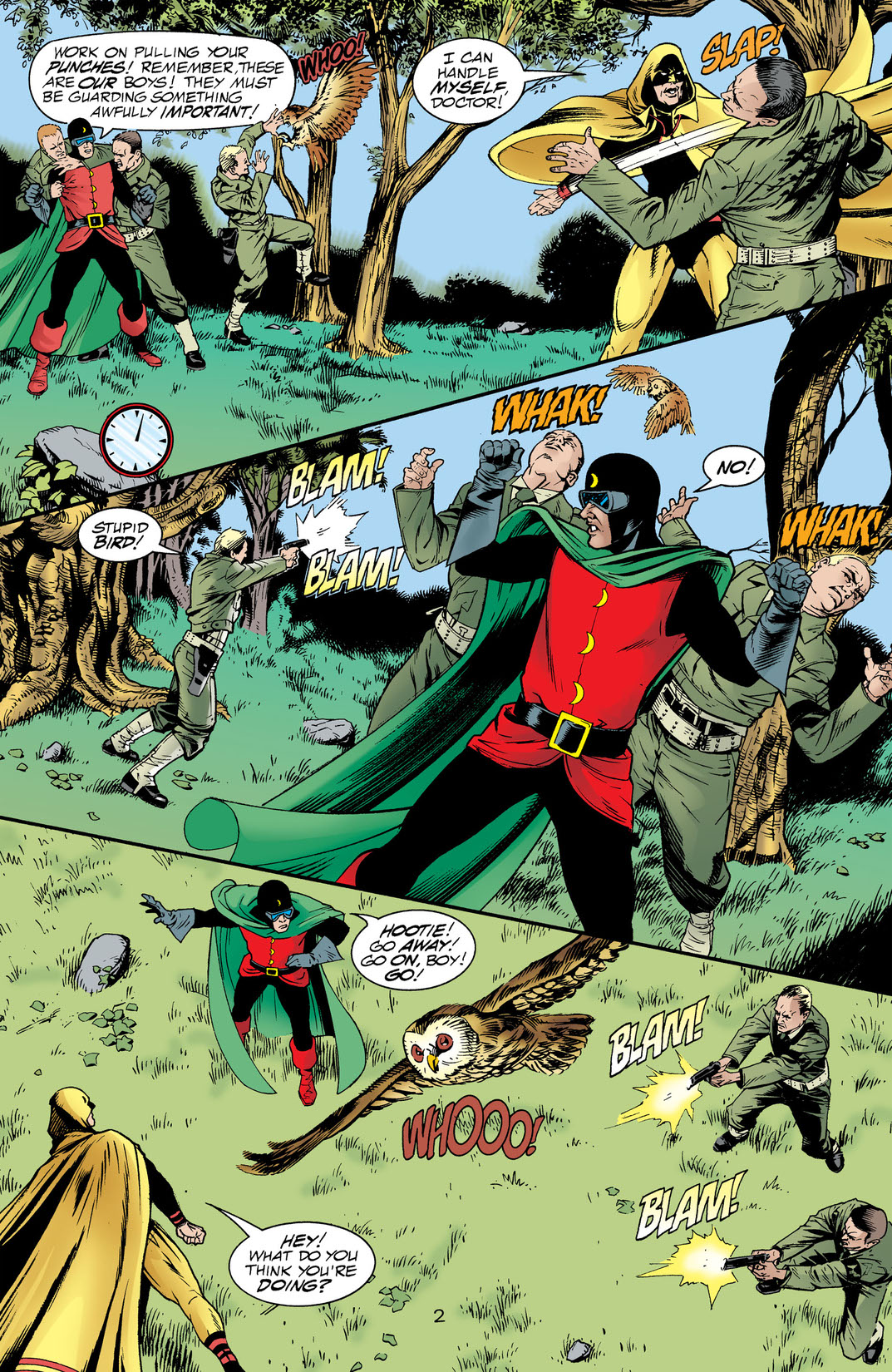 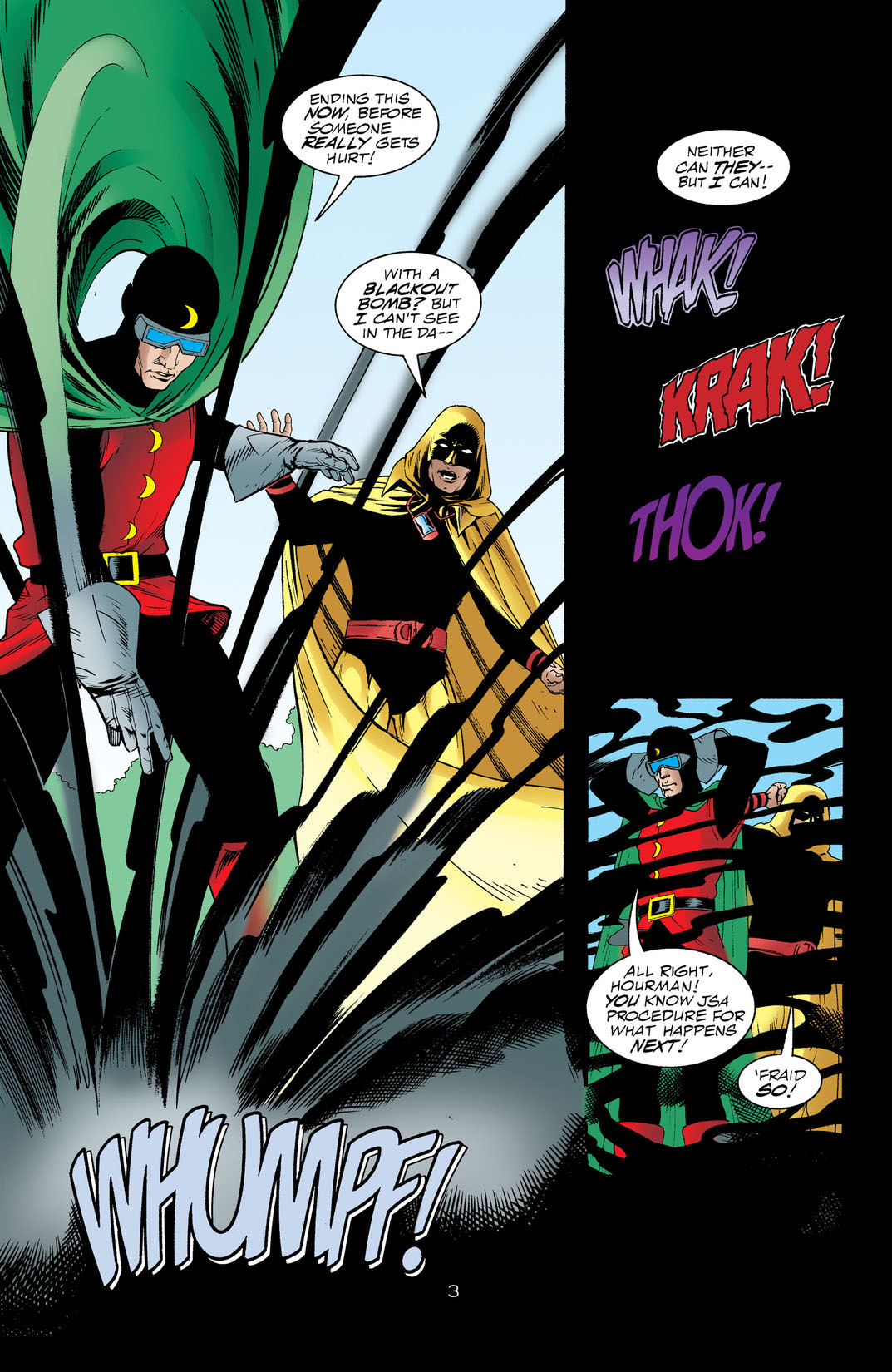 Hourman (Rex Tyler) and Dr. Mid-Nite travel to a remote Scottish island where the Allies are conducting top-secret germ warfare experiments. There, Tyler's rival, Jensen, now one of Stalker's Seven, has come to make sure the Allies reap the worst reward for their bioweapons folly. Can Hourman and Dr. Mid-Nite win the trust of the paranoid American troops in time to avert Jensen's plans, or will man-made pestilence be Stalker's deadliest weapon?