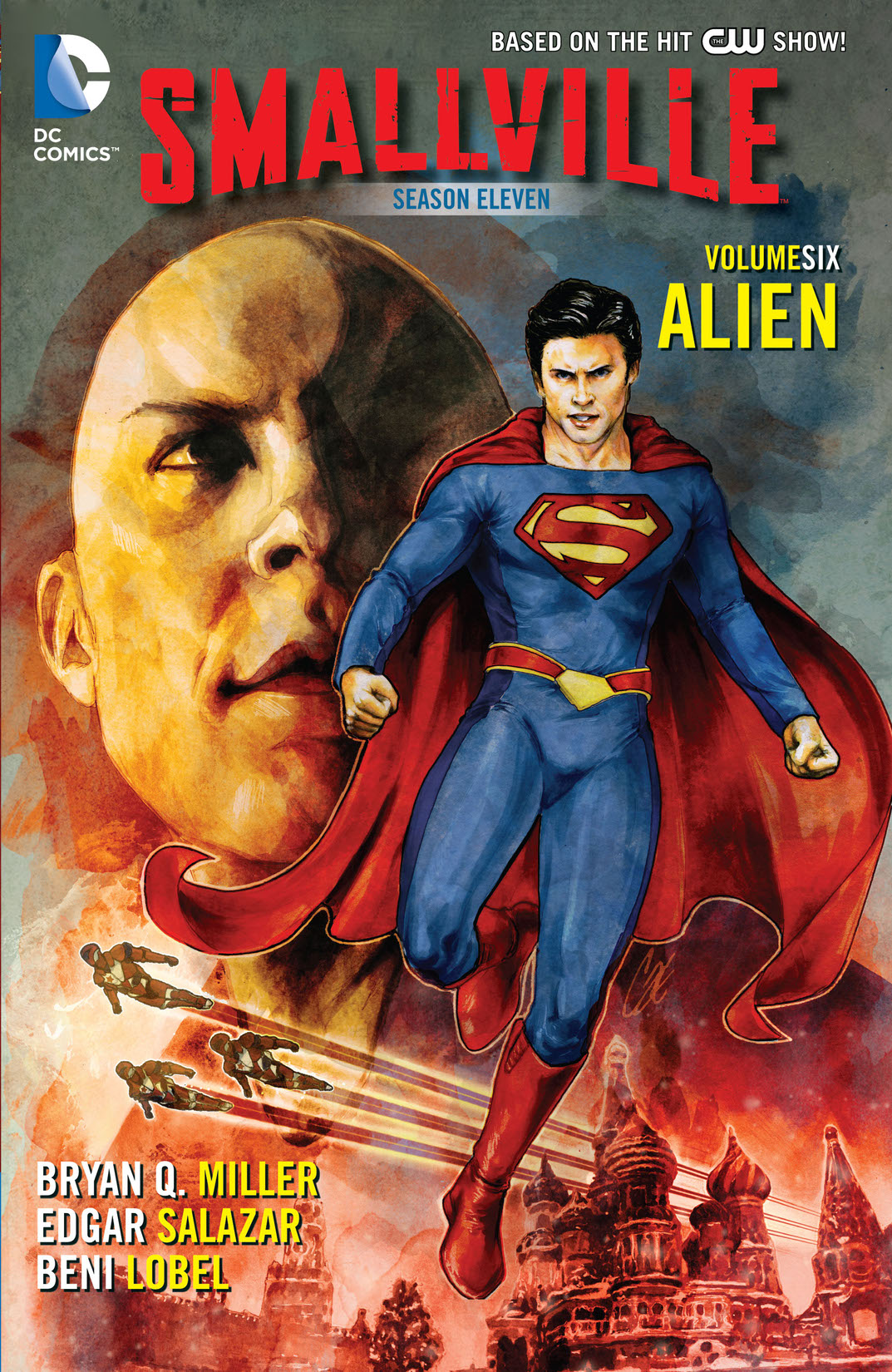 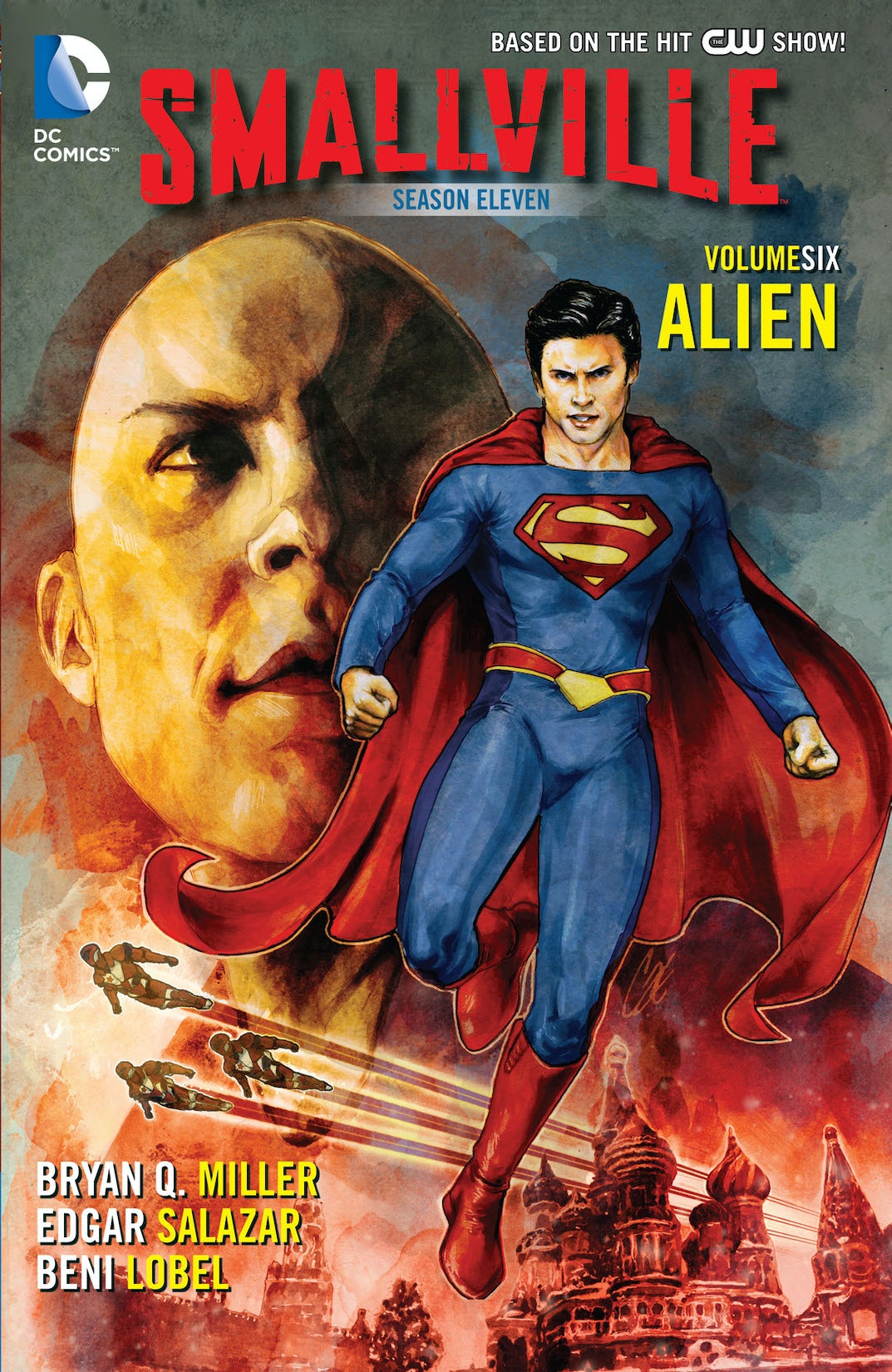 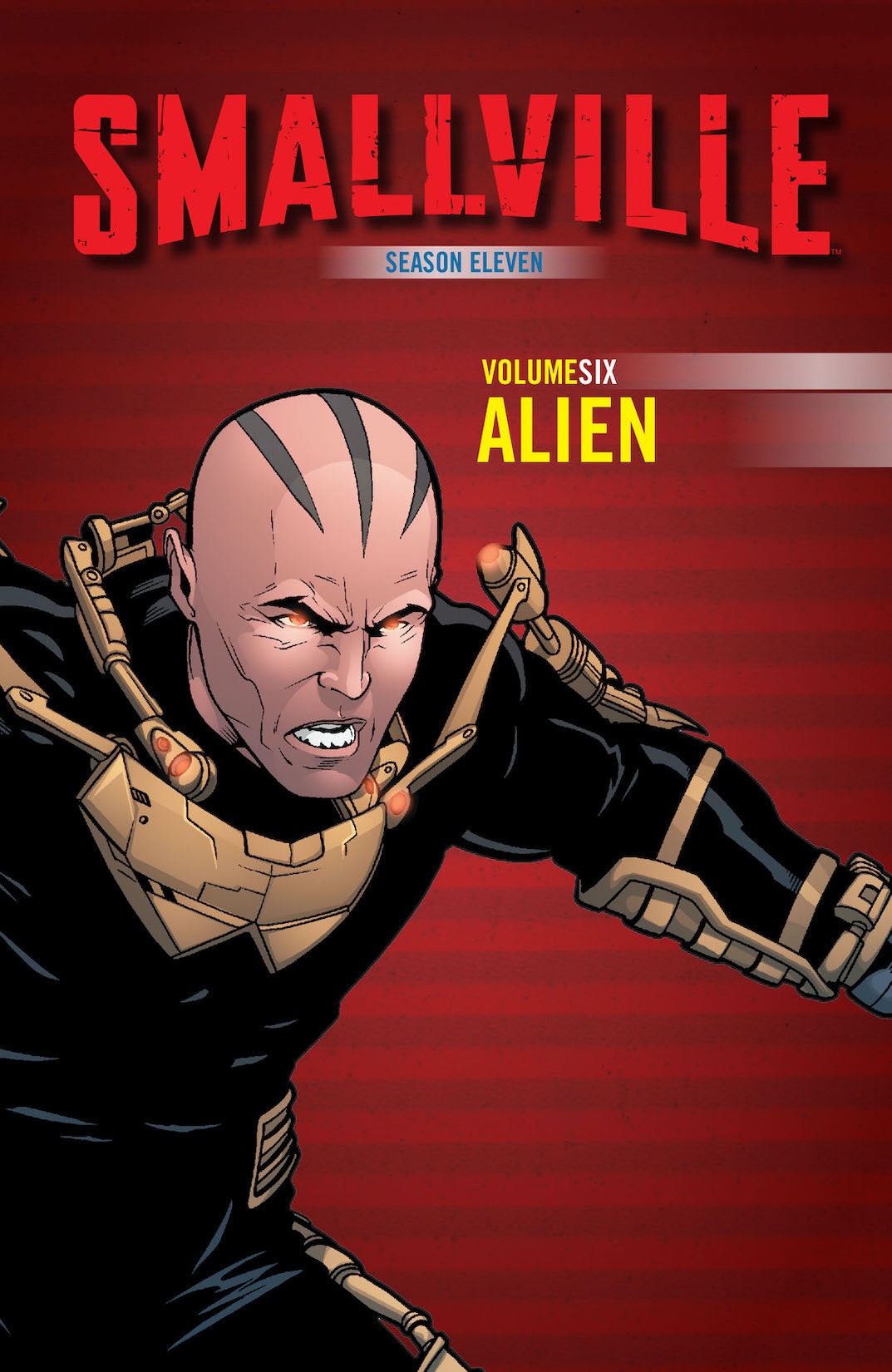 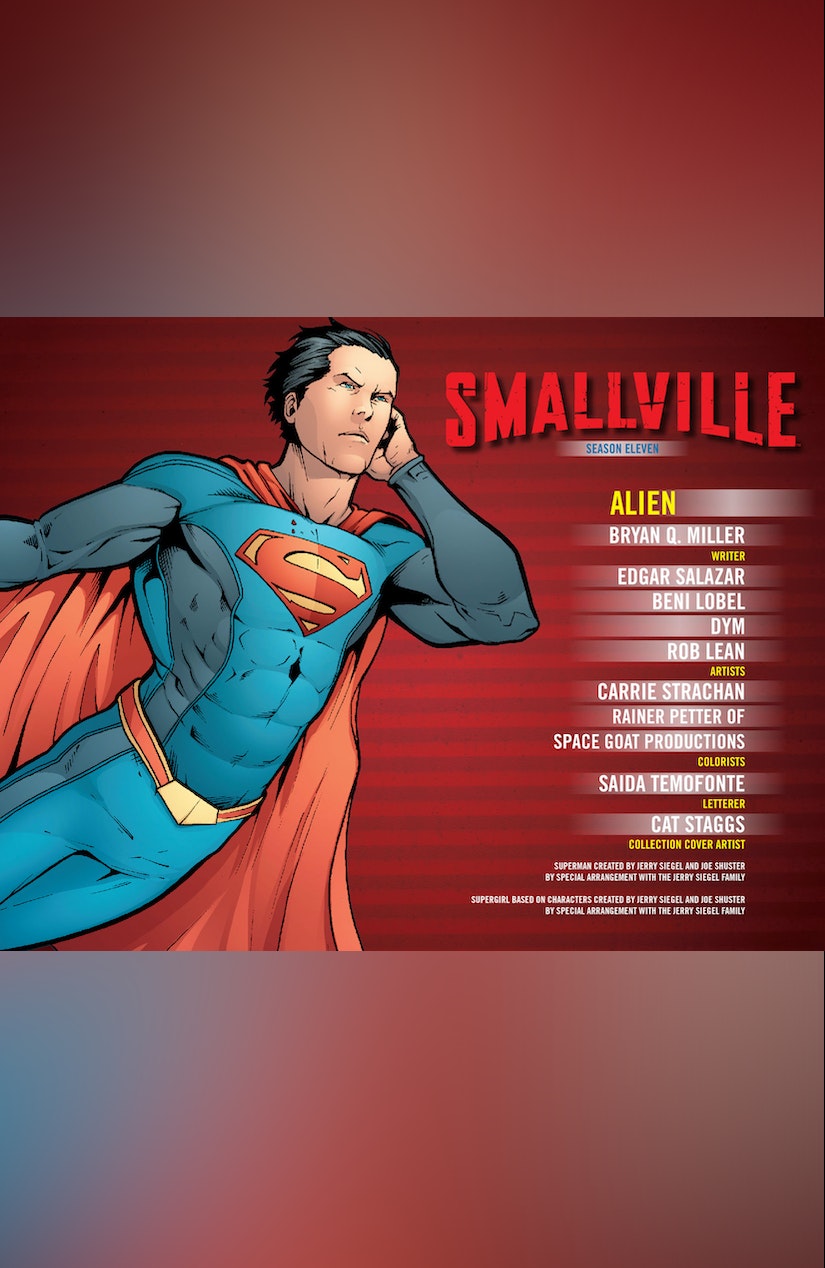 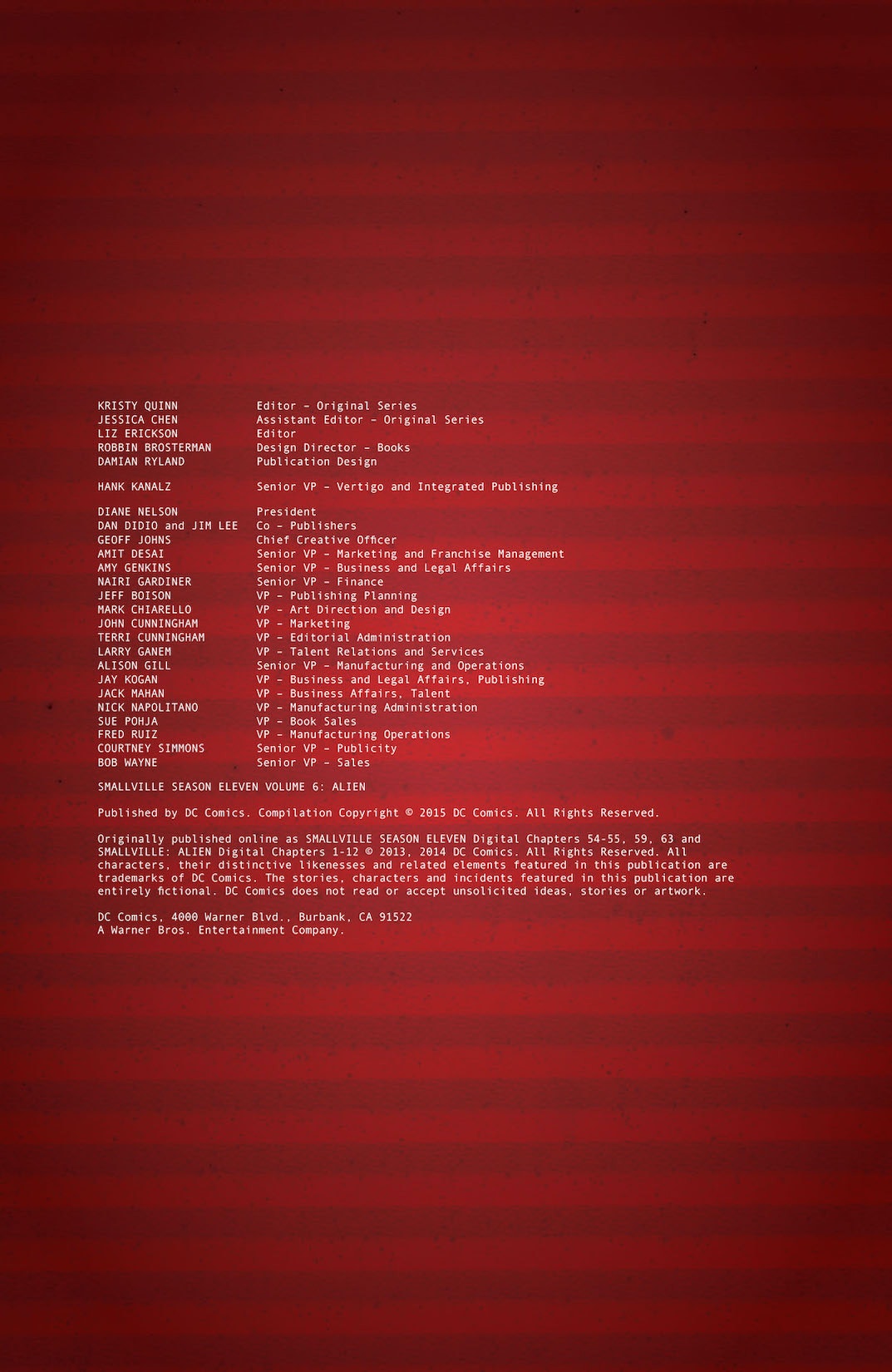 Superman’s secret is out. The world now knows that their greatest hero is not of this Earth. What they don’t know is that there are other beings out there who hail from parts unknown-universes unknown. And one of these outsiders has just crash-landed in the Russian wilderness. While Lex Luthor and Clark Kent head to Russia to investigate the appearance of this new Monitor, Superman’s allies join Batman and Nightwing as they investigate the death of a man found in a Gotham alley…a man who bears a striking resemblance to Clark! With more Earth-2 refugees popping up and the Monitors’ ability to make Superman bleed, one thing is becoming frighteningly clear: The Crisis is coming, and Superman alone may not be powerful enough to stop it! The SMALLVILLE universe continues to expand as TV series writer BRYAN Q. MILLER (BATGIRL) and artist EDGAR SALAZAR (DEATHSTROKE) bring you SMALLVILLE SEASON 11: ALIEN!