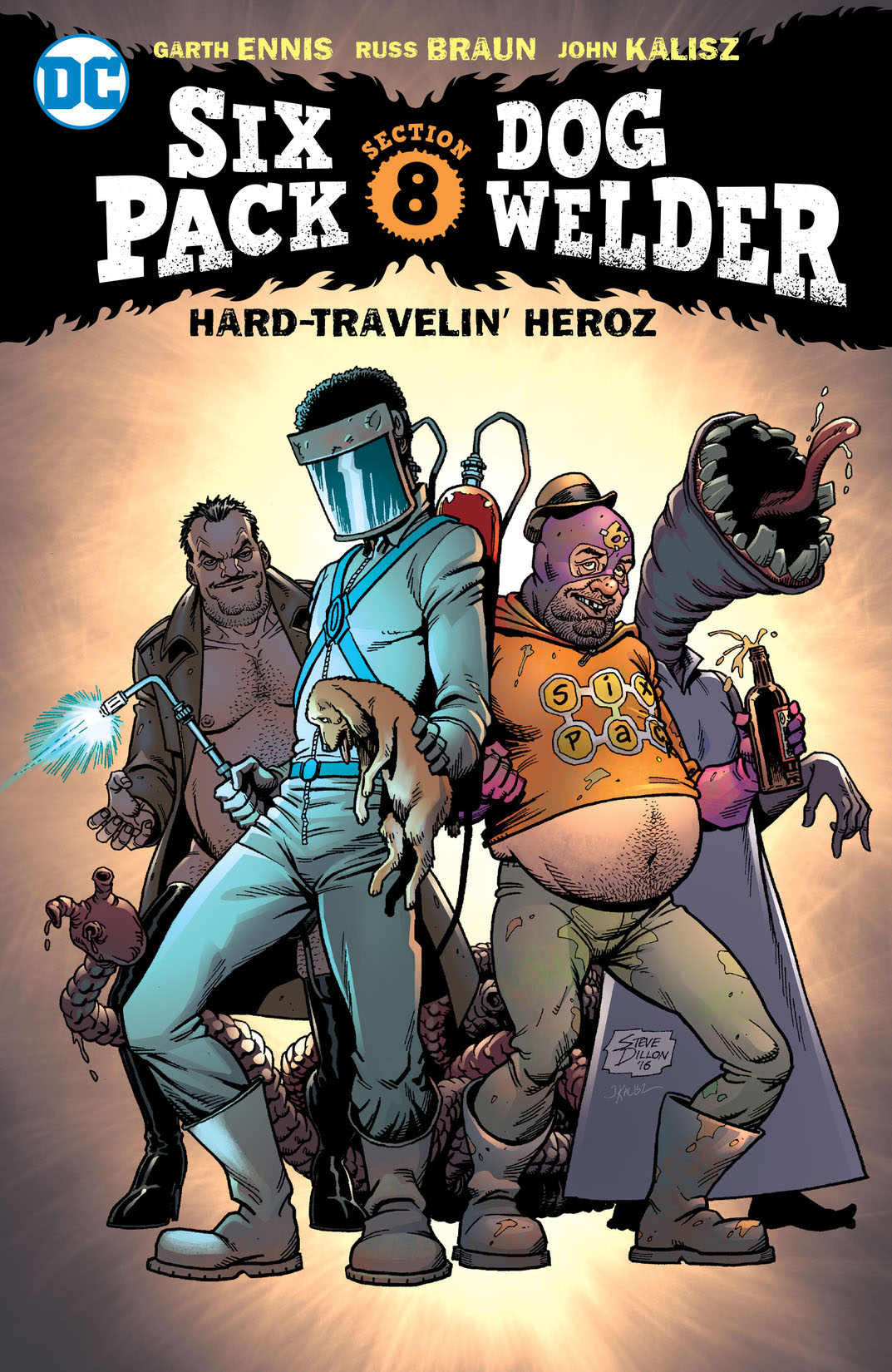 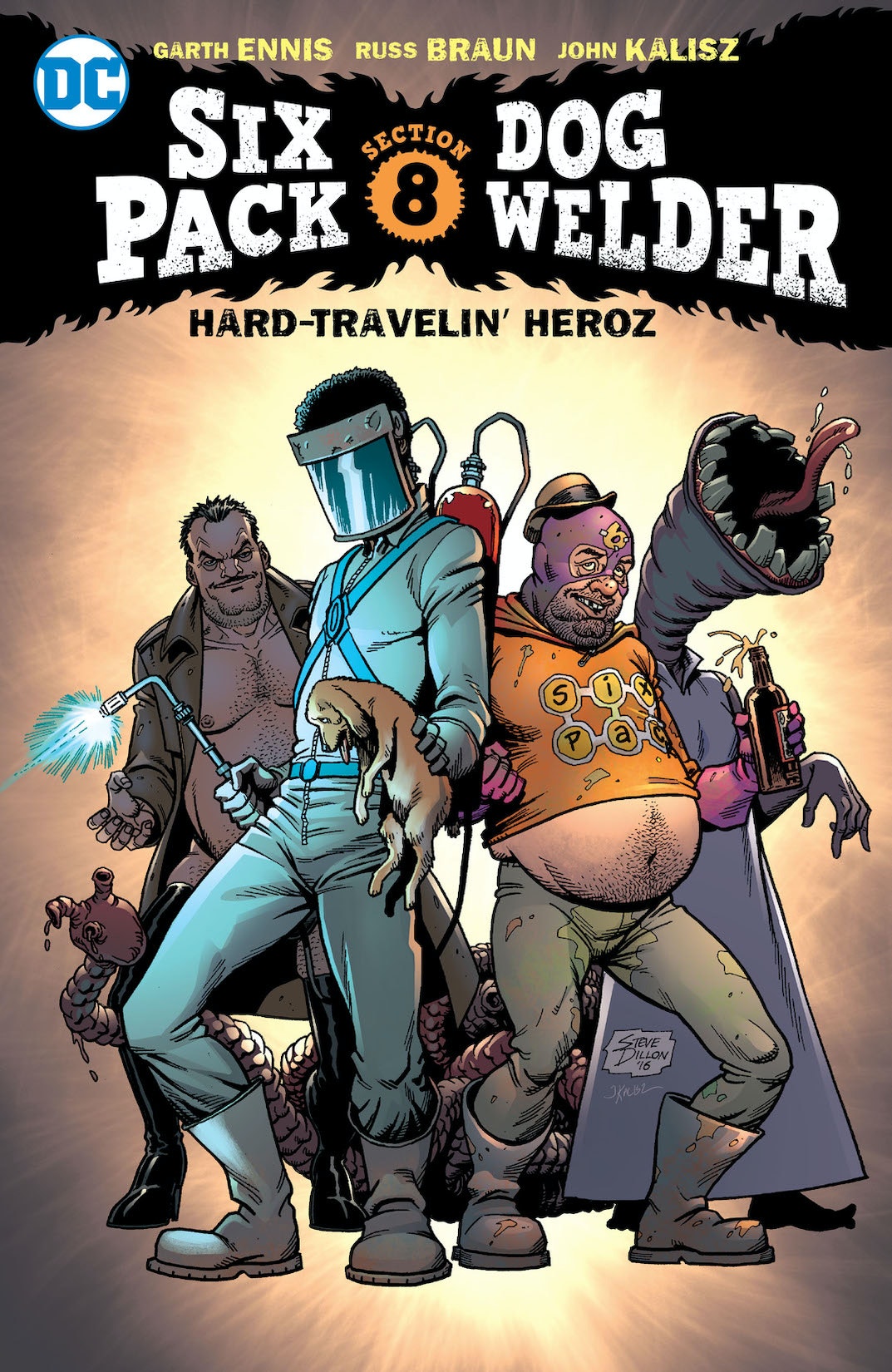 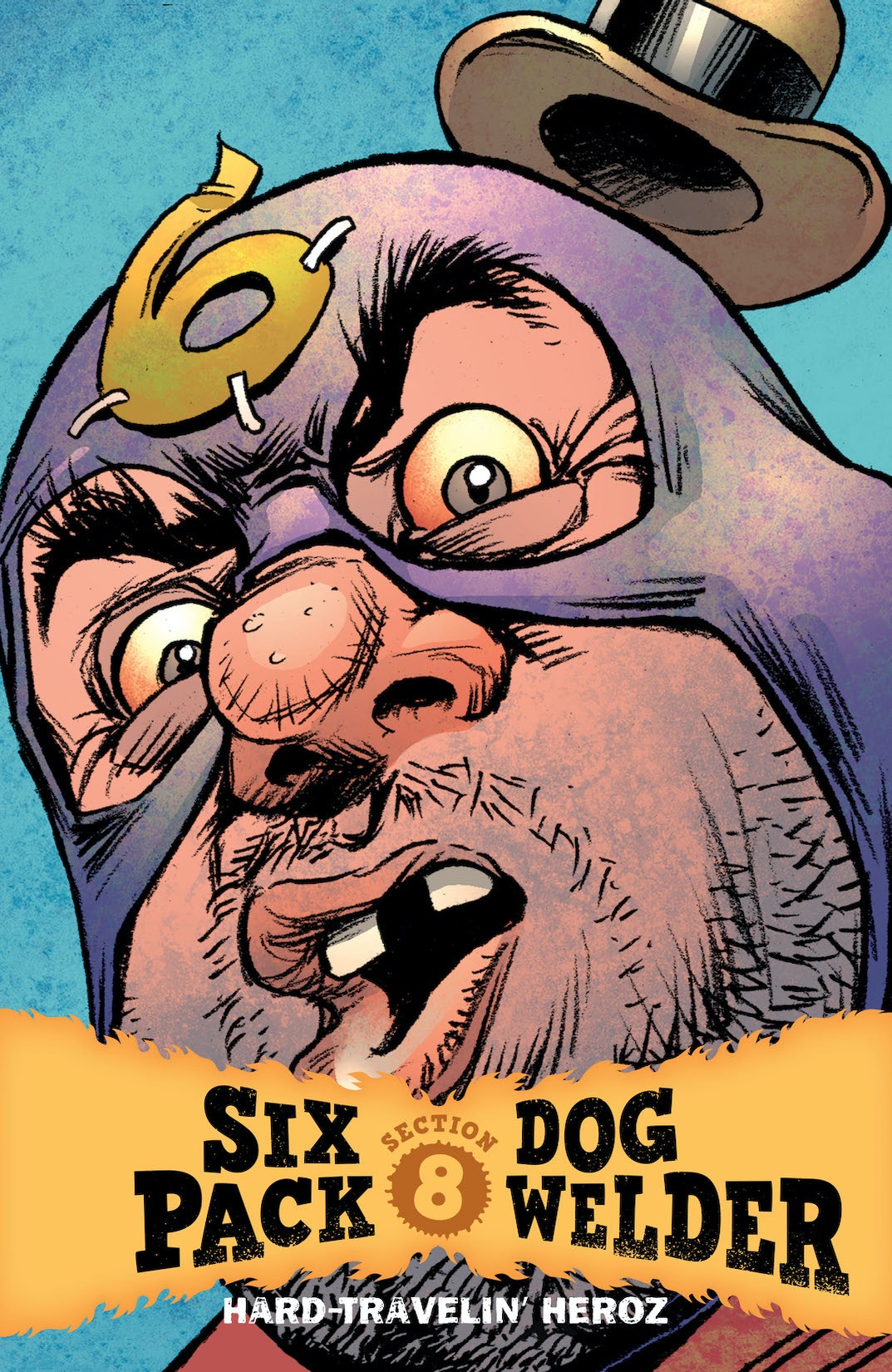 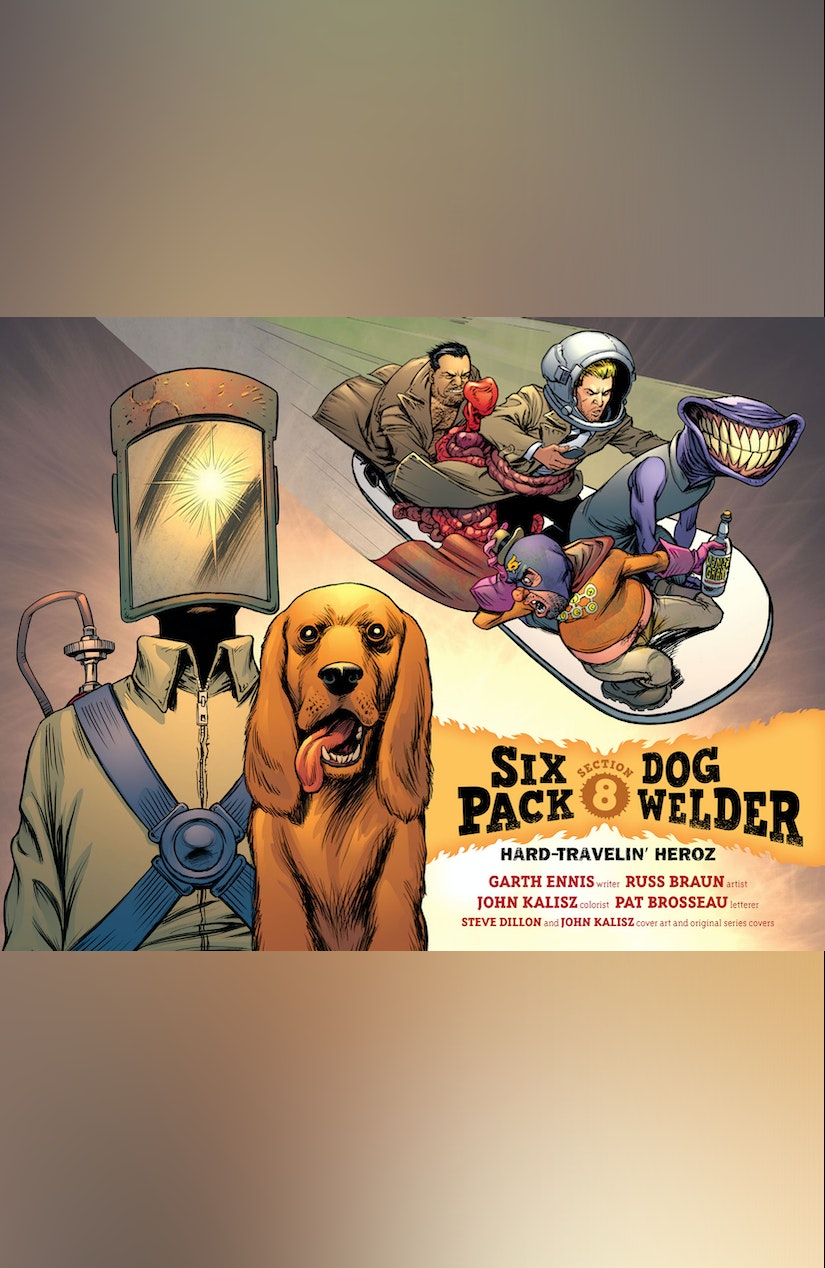 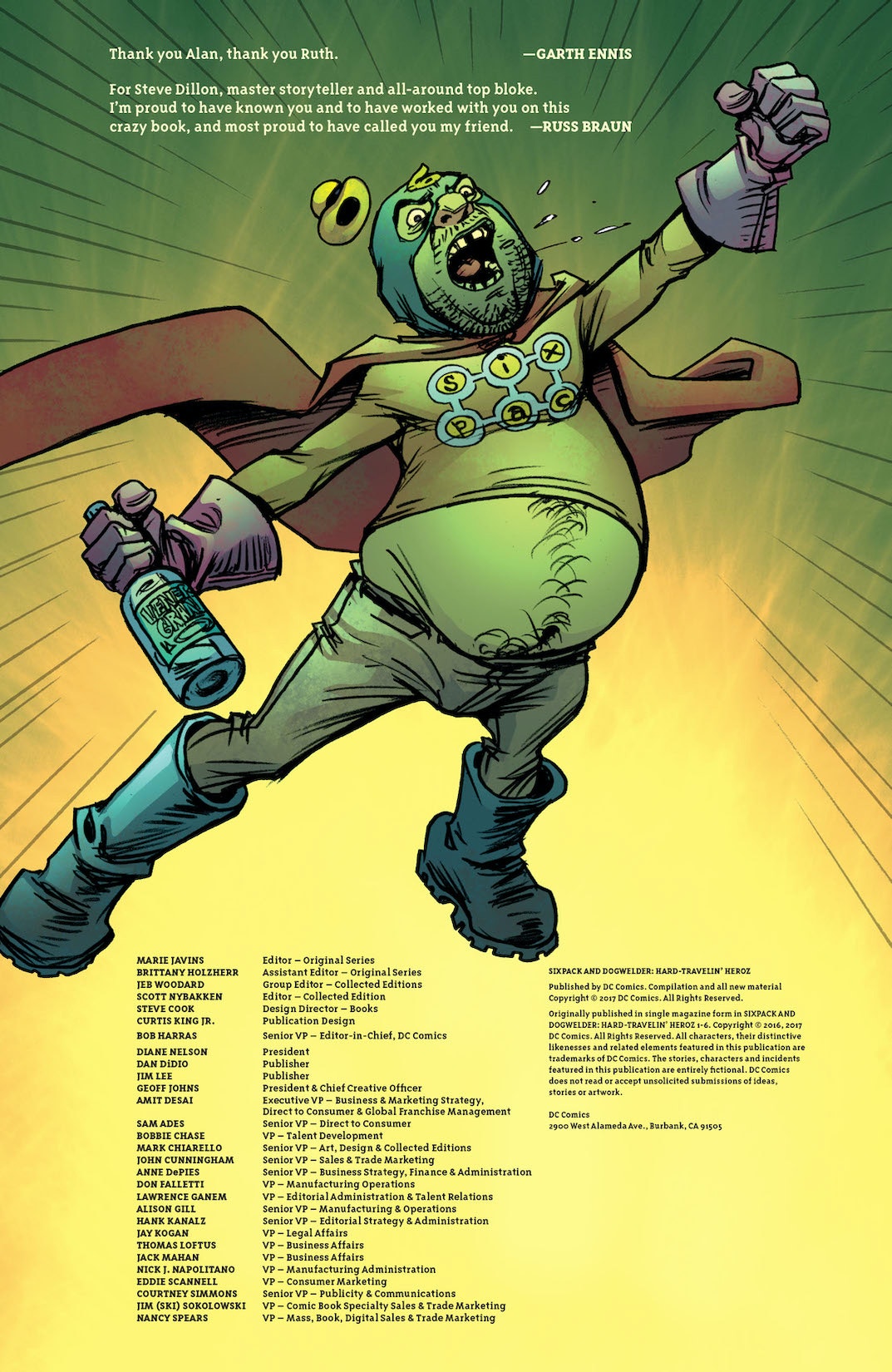 A beer-gutted brawler whose powers increase as he drinks—but only in his imagination—and a masked, mute maniac with the uncanny ability to, uh, weld dead dogs to people, Sixpack and Dogwelder head up the world’s strangest superhero team: Section Eight. But with the Justice League hogging all the action, how can our heroes climb out of the gutter and reach the top of the super-heap—where Sixpack is sure they belong? When space hyper-hero John Constantine comes calling, Dogwelder finds himself face to face with destiny, as the truth about his peculiar powers and mysterious origin suddenly seem to lie within his grasp. Could his journey of discovery be what Sixpack needs to snap Section Eight out of its funk? Now the pair are off on the road trip from hell, leaving a trail of mayhem (and empty bottles and canine corpses) from Gotham to Egypt to outer space. But as real heavyweights like Power Girl and the Spectre come calling, the true nature of the quest becomes clear. There is a price to be paid for truth—and with the fate of the world at stake, one of our heroes will find himself facing a terrible choice. Collects SIXPACK AND DOGWELDER: HARD-TRAVELIN’ HEROZ #1-6.