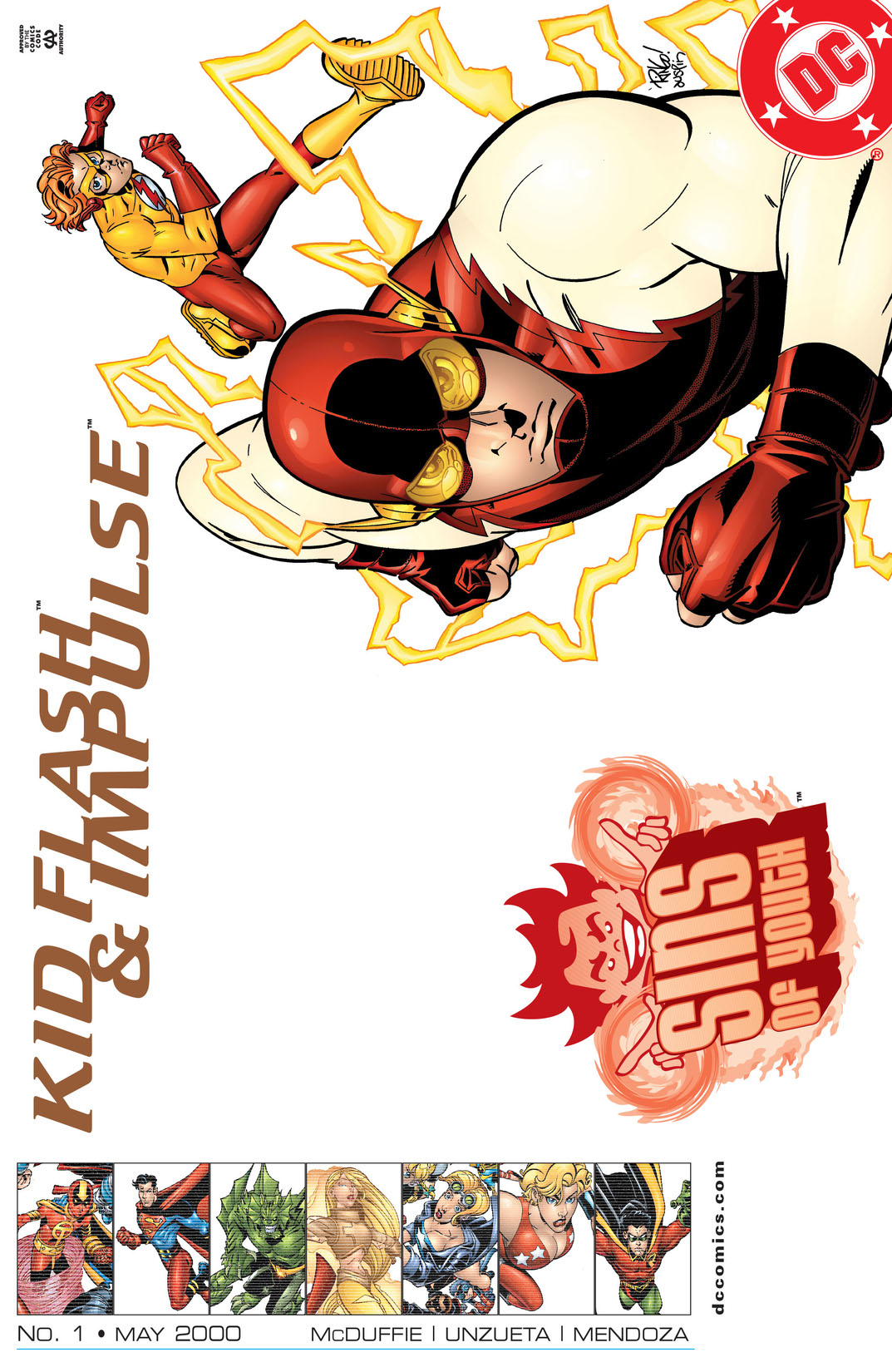 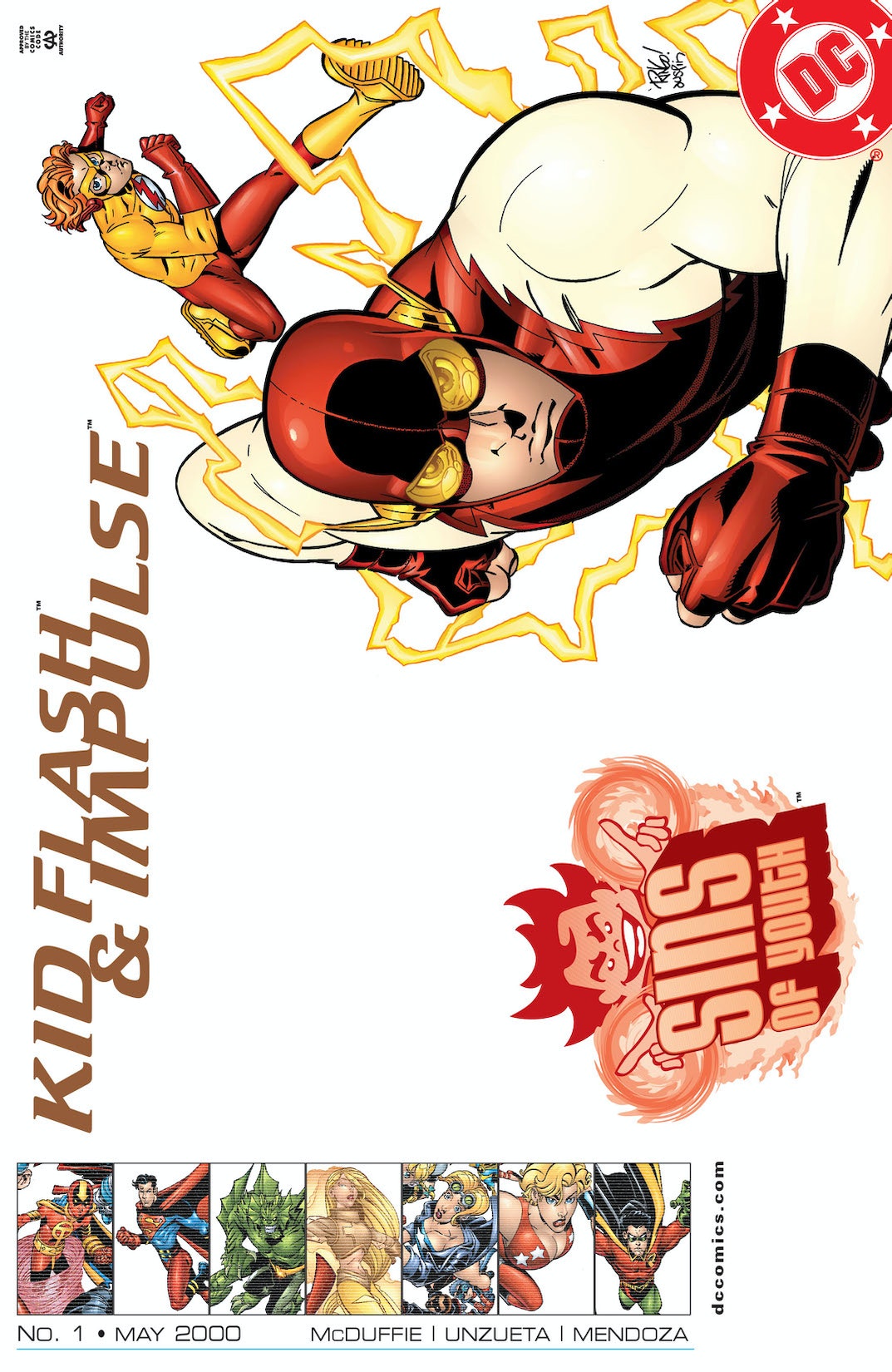 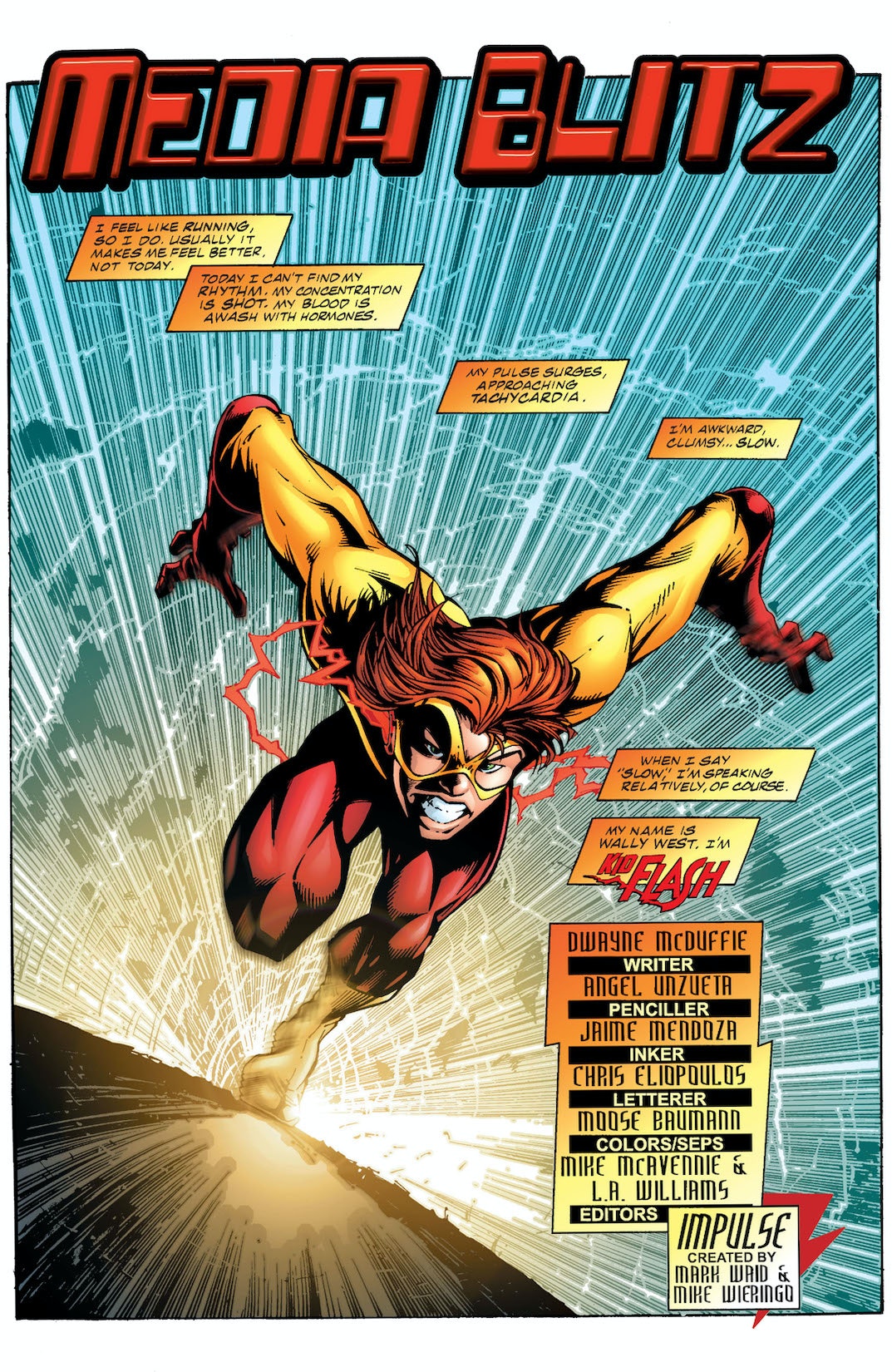 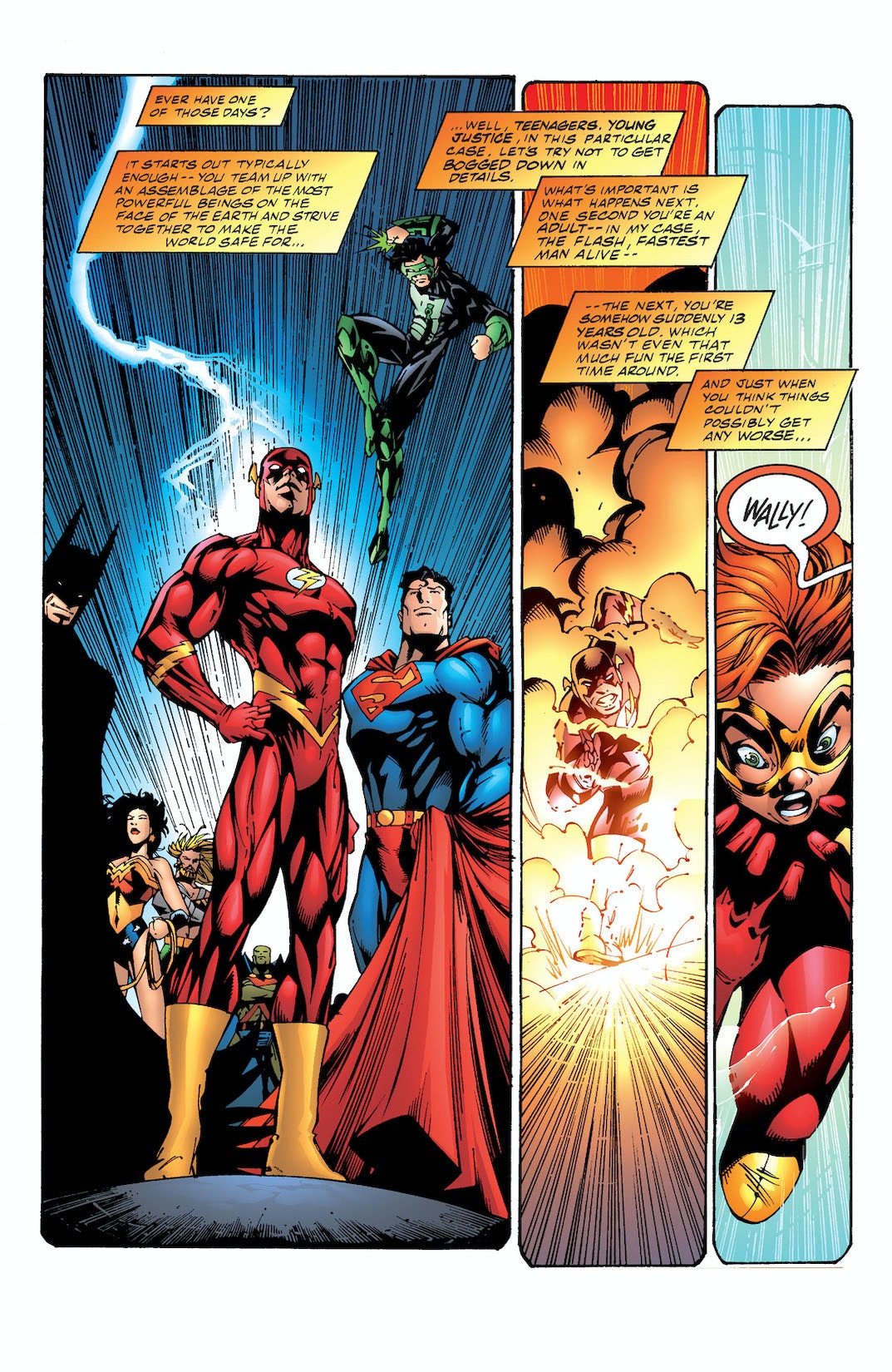 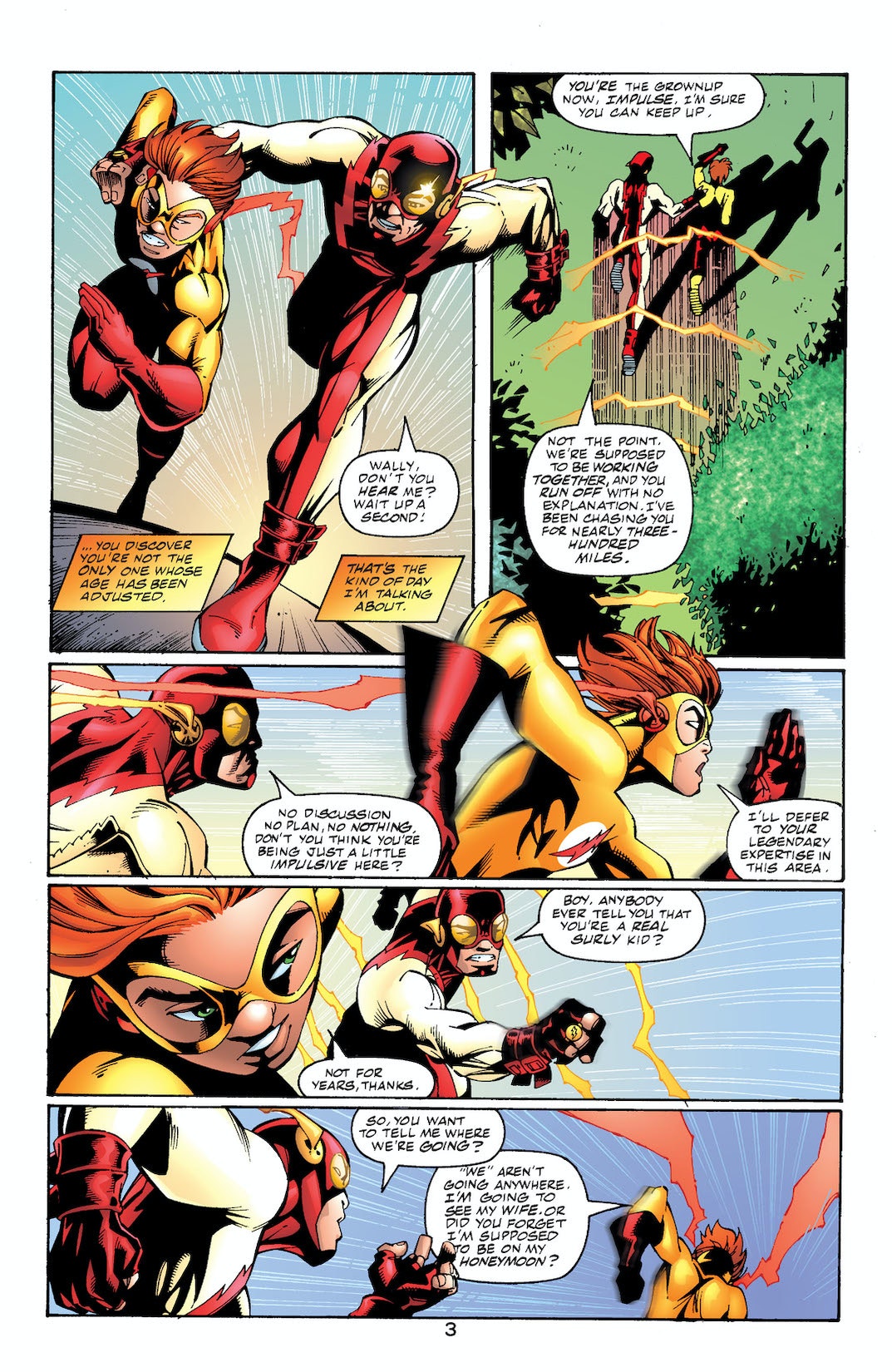 Sins of Youth' part 7 of 12, continued from SINS OF YOUTH: BATBOY AND ROBIN. The Flashes have been assigned to spin-doctor Young Justice's bad press by conducting the fastest media junket ever, but when crisis after crisis keeps them from clearing their names, it only makes matters worse! Continued in SINS OF YOUTH: STARWOMAN AND THE JSA.