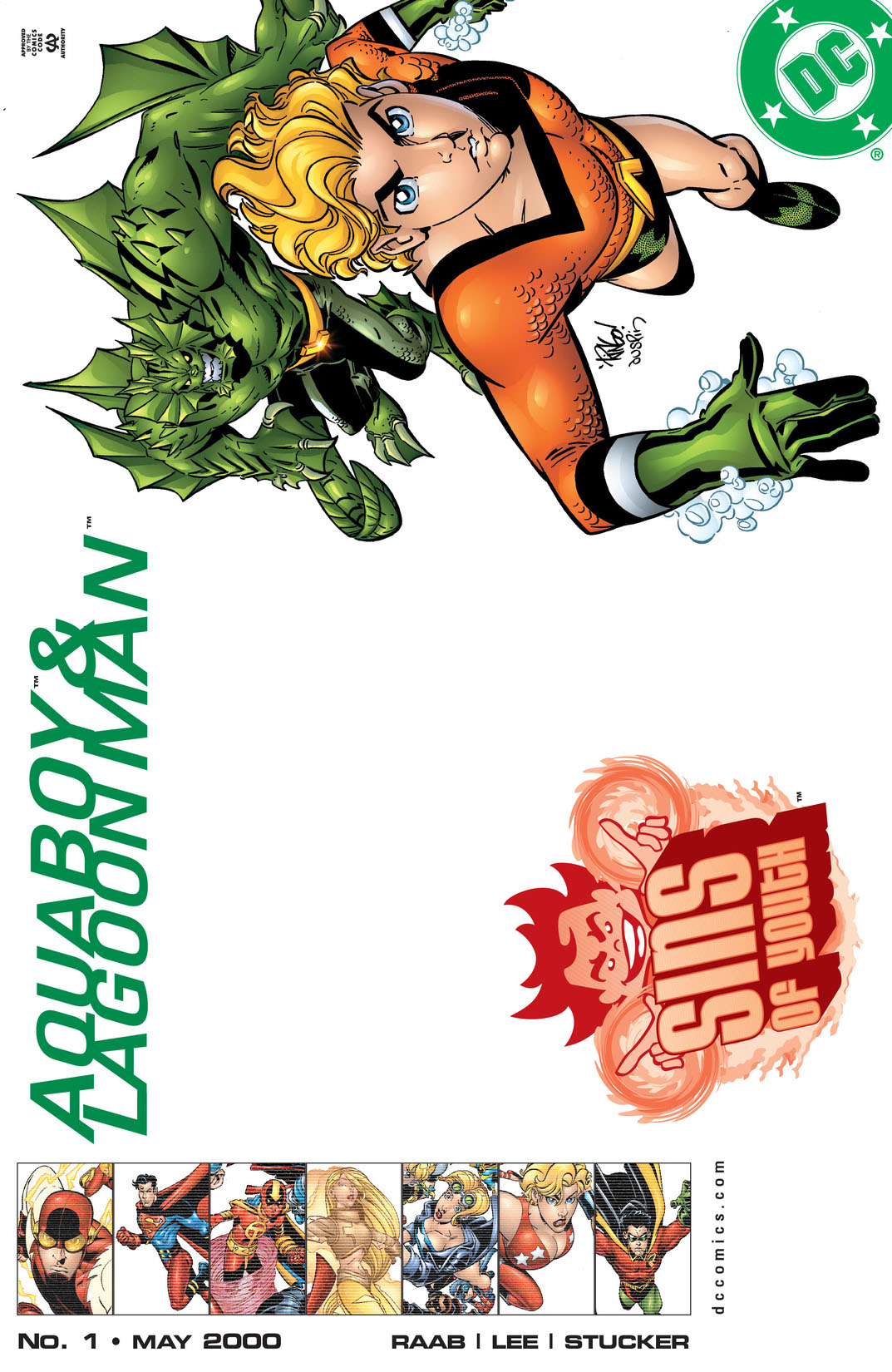 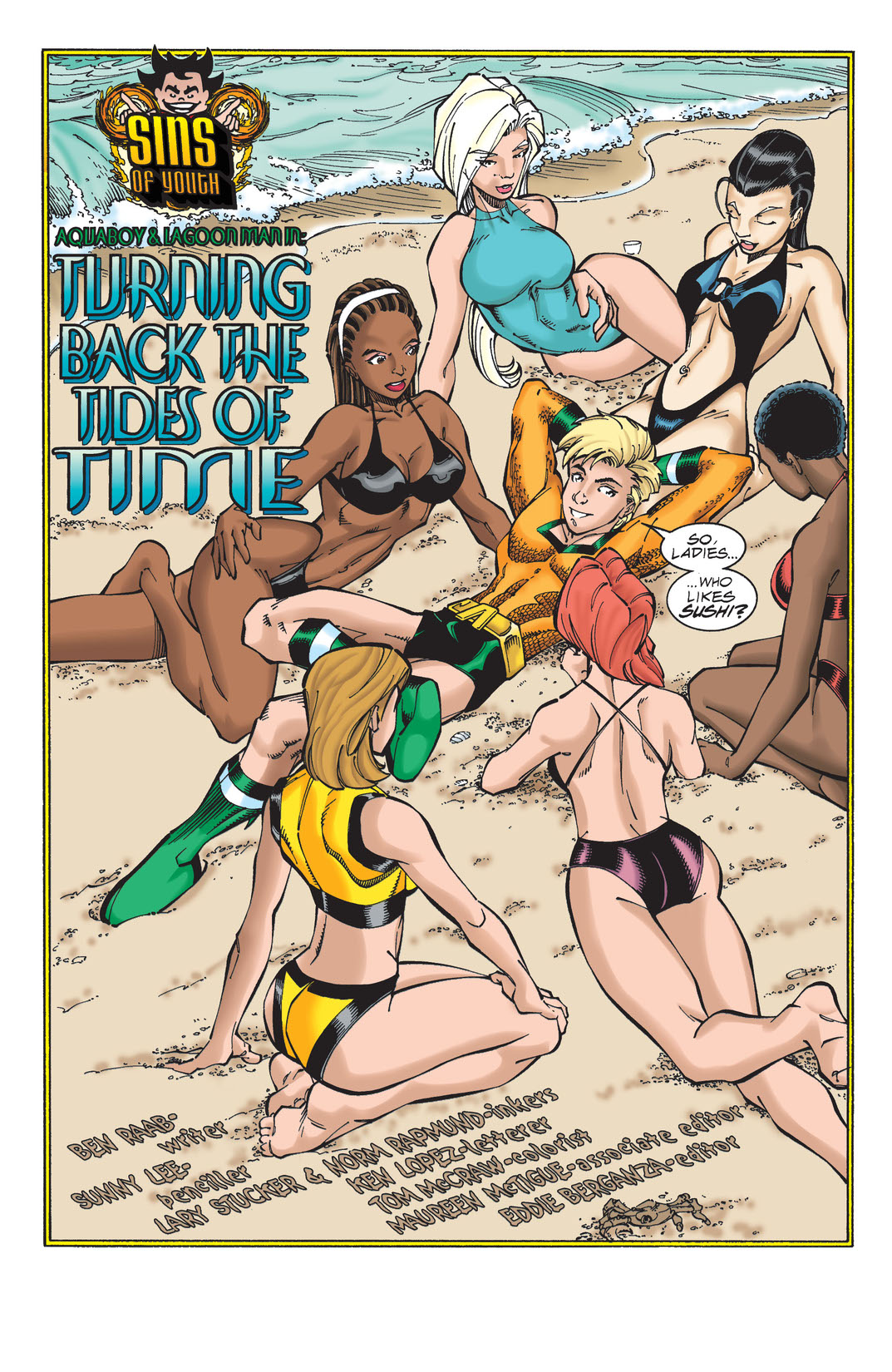 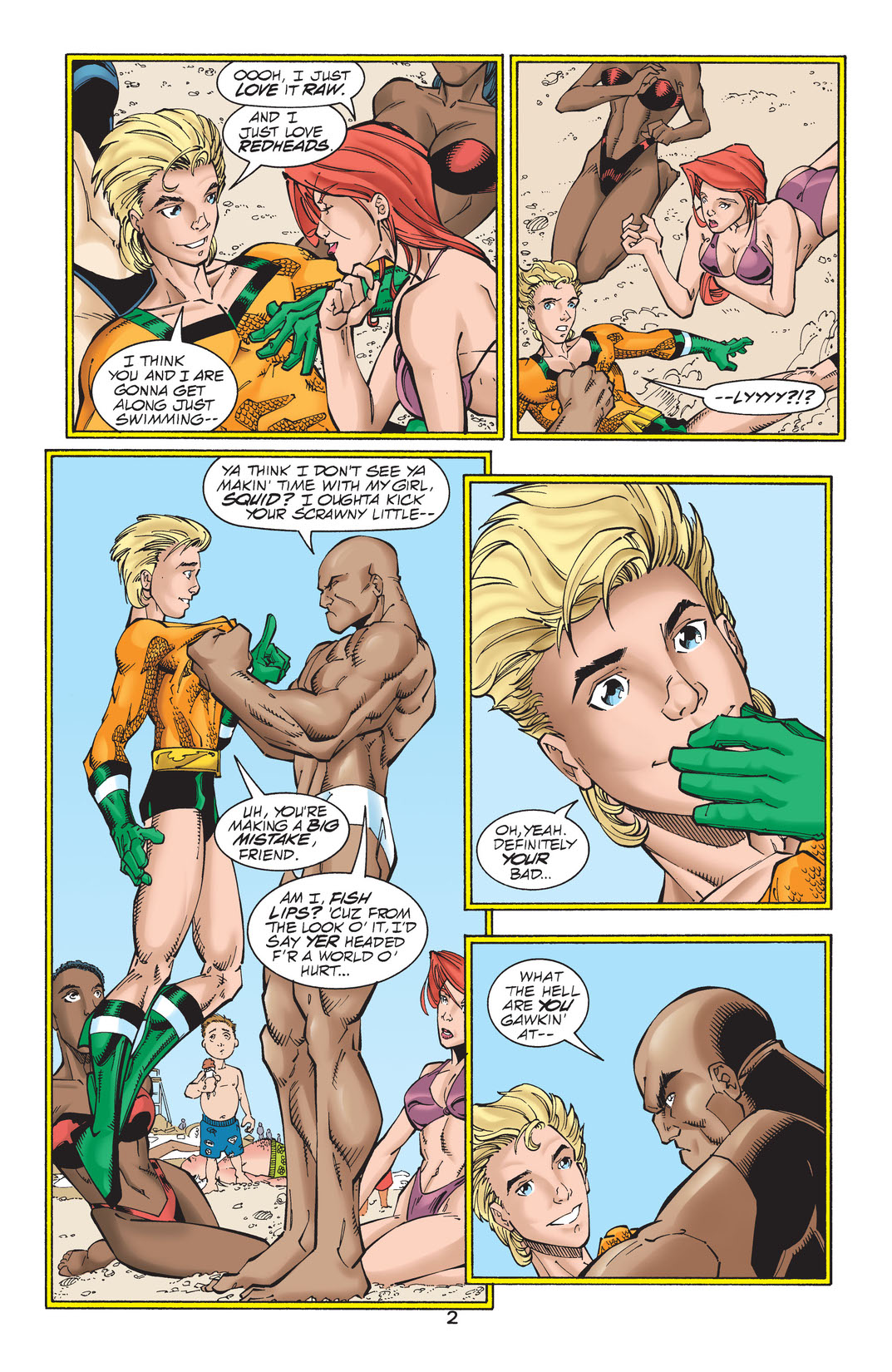 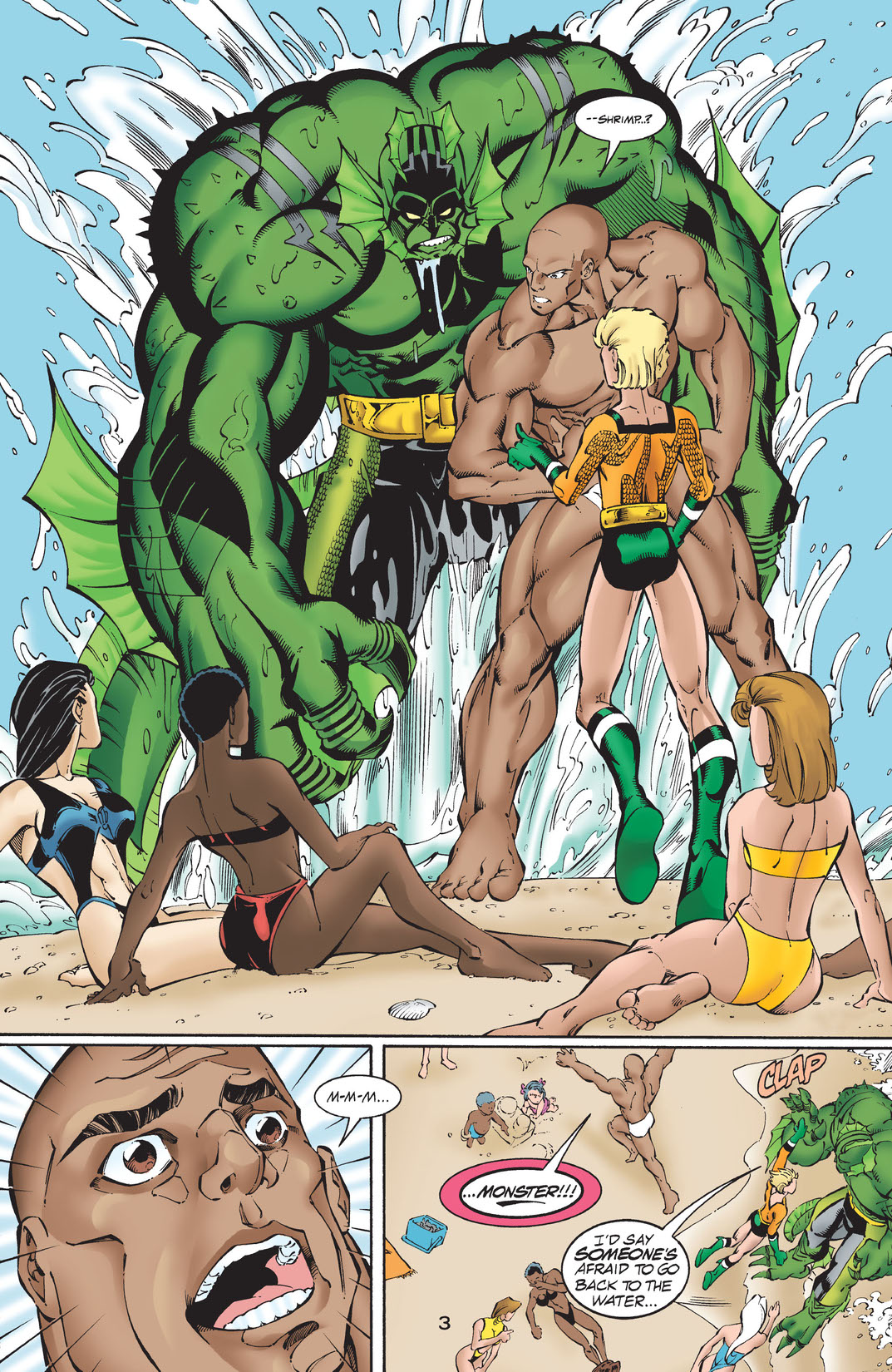 Sins of Youth' part 4 of 12, continued from SINS OF YOUTH SECRET FILES. Heavy is the head that wears the crown of the King—unless he gets de-aged, forgets all his responsibilities, and parties on with the monstrous Lagoon Man! Continued in SINS OF YOUTH: JLA JR.