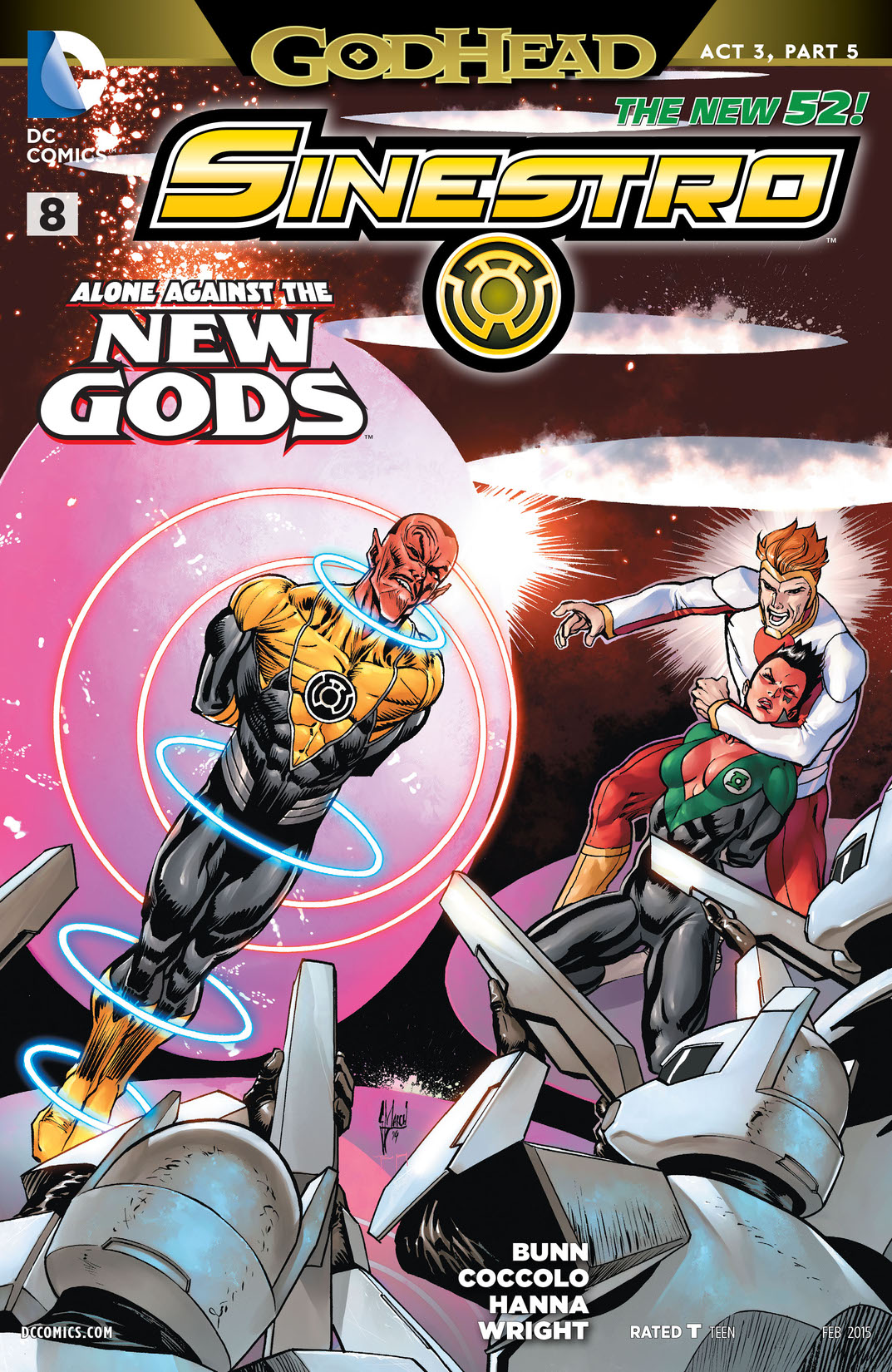 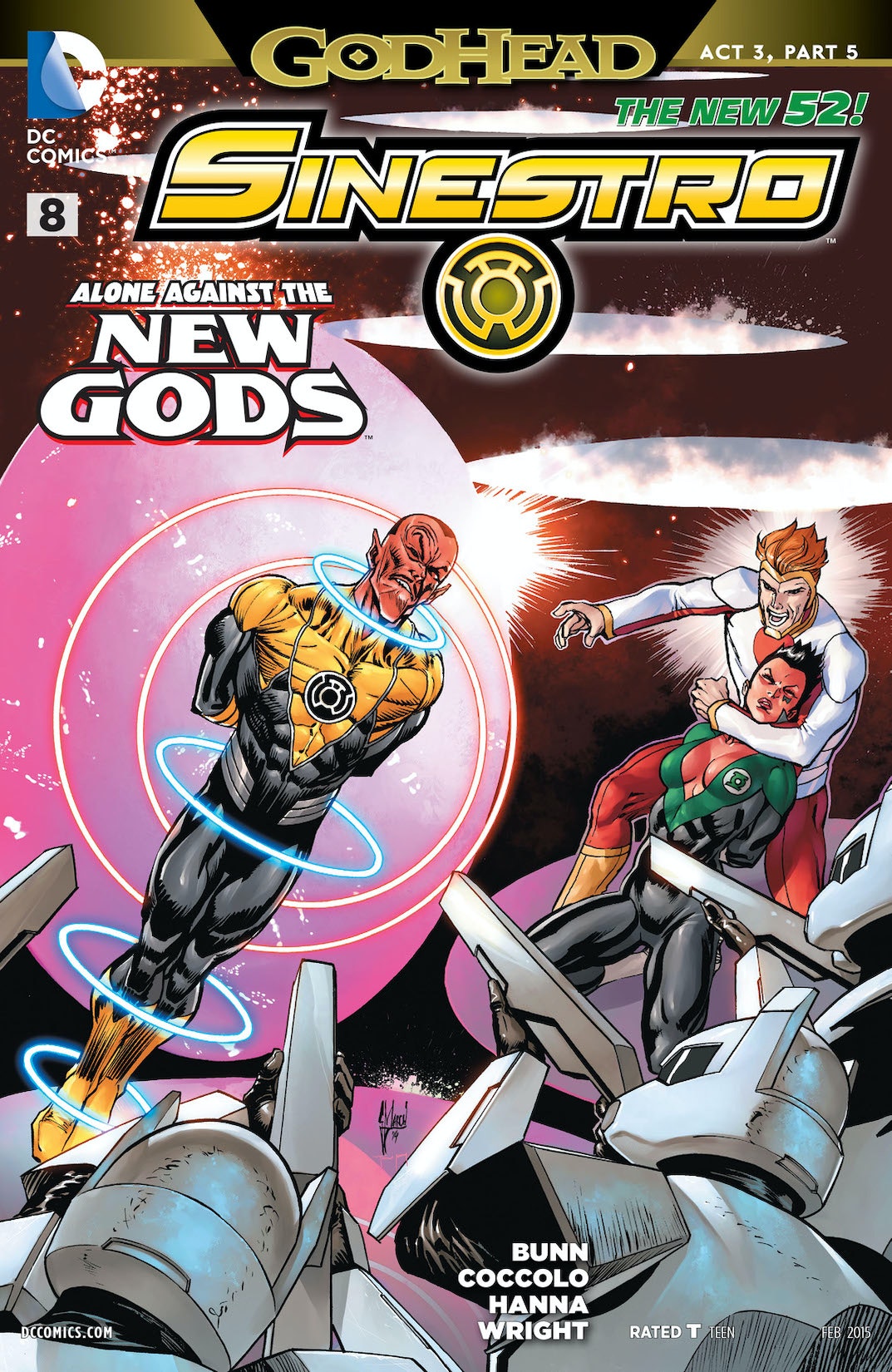 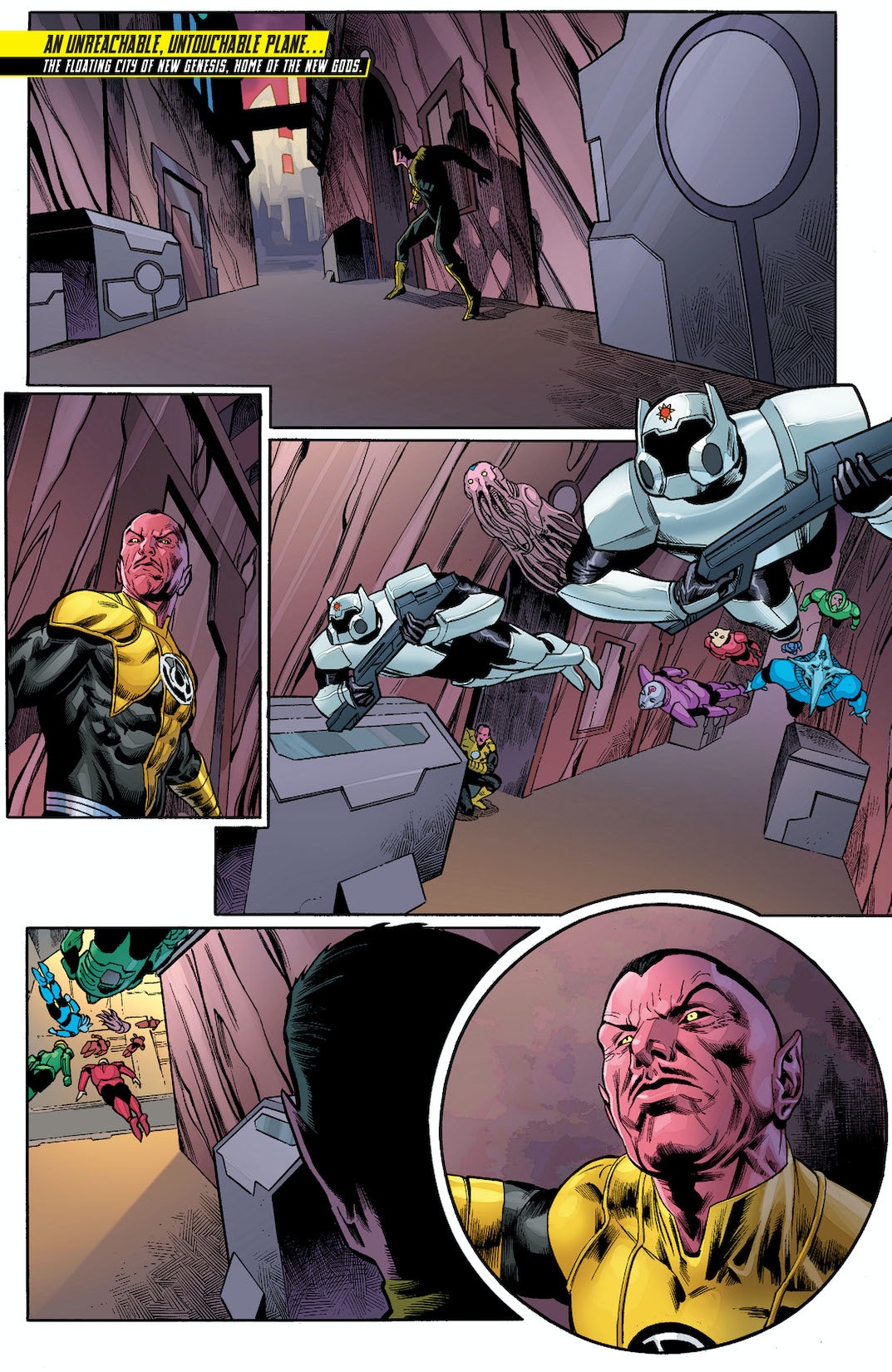 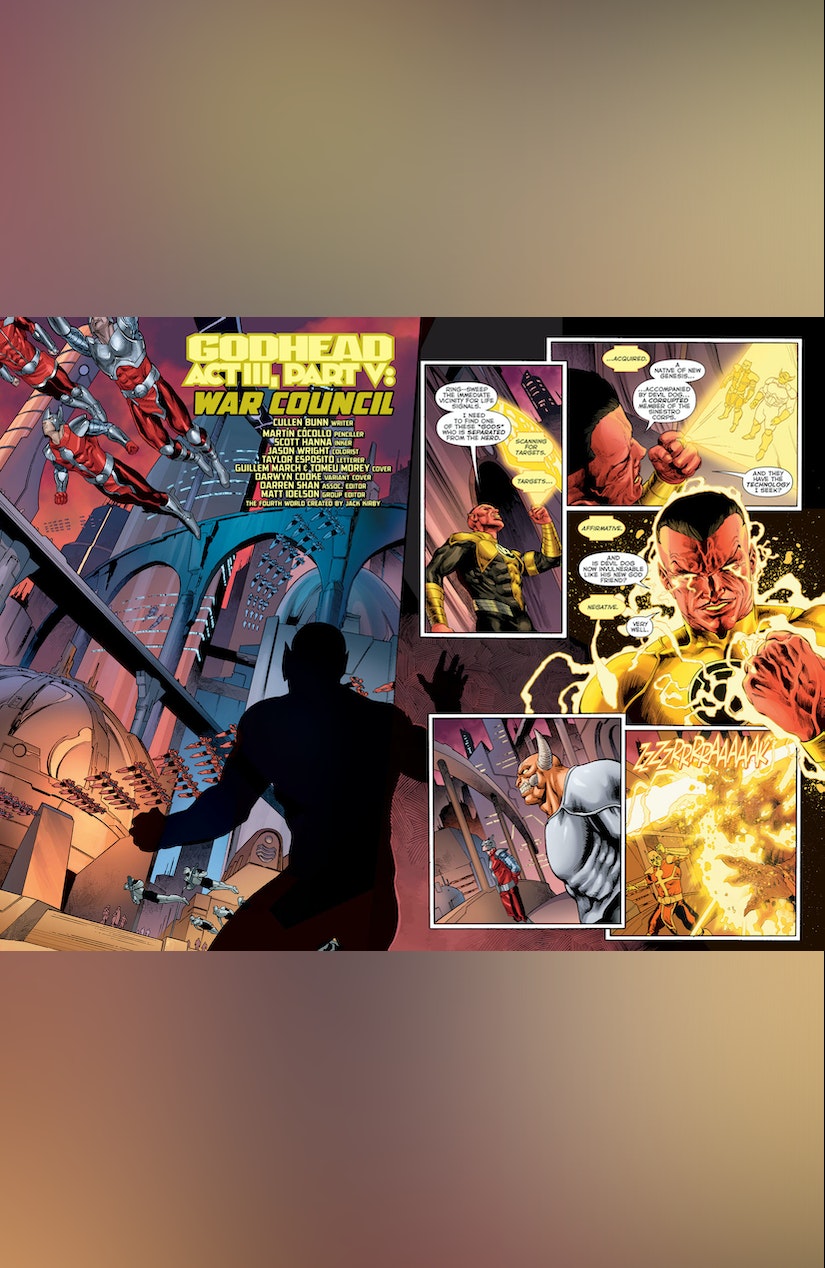 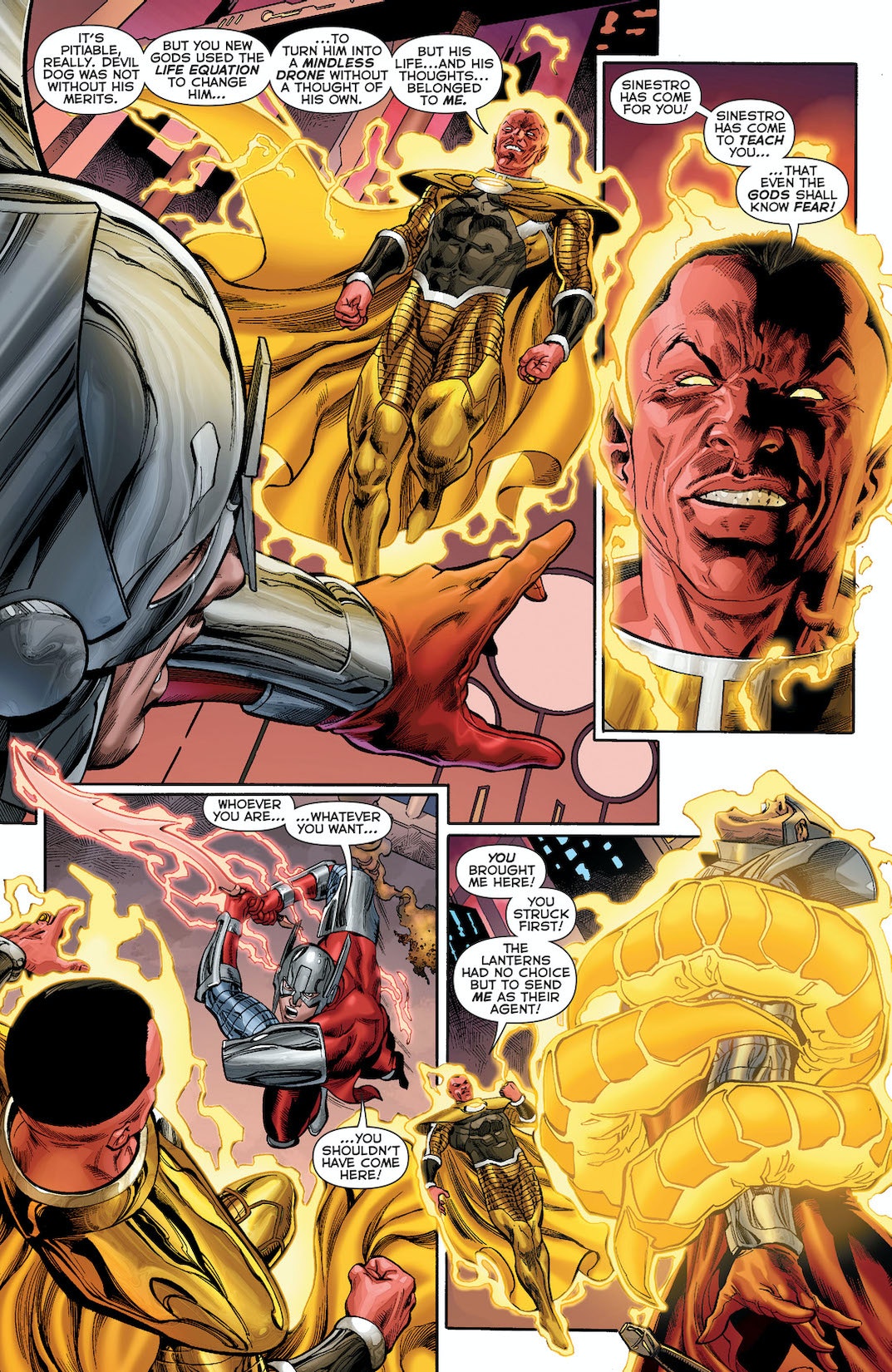 "Godhead" Part 16! Continued from RED LANTERNS #37! Sinestro knows the only thing standing between the New Gods and universal domination is bringing Hal Jordan into the fight on New Genesis! But Sinestro always has more than one plan: the one you know about and the one you don’t. Continued in GREEN LANTERN ANNUAL #3!