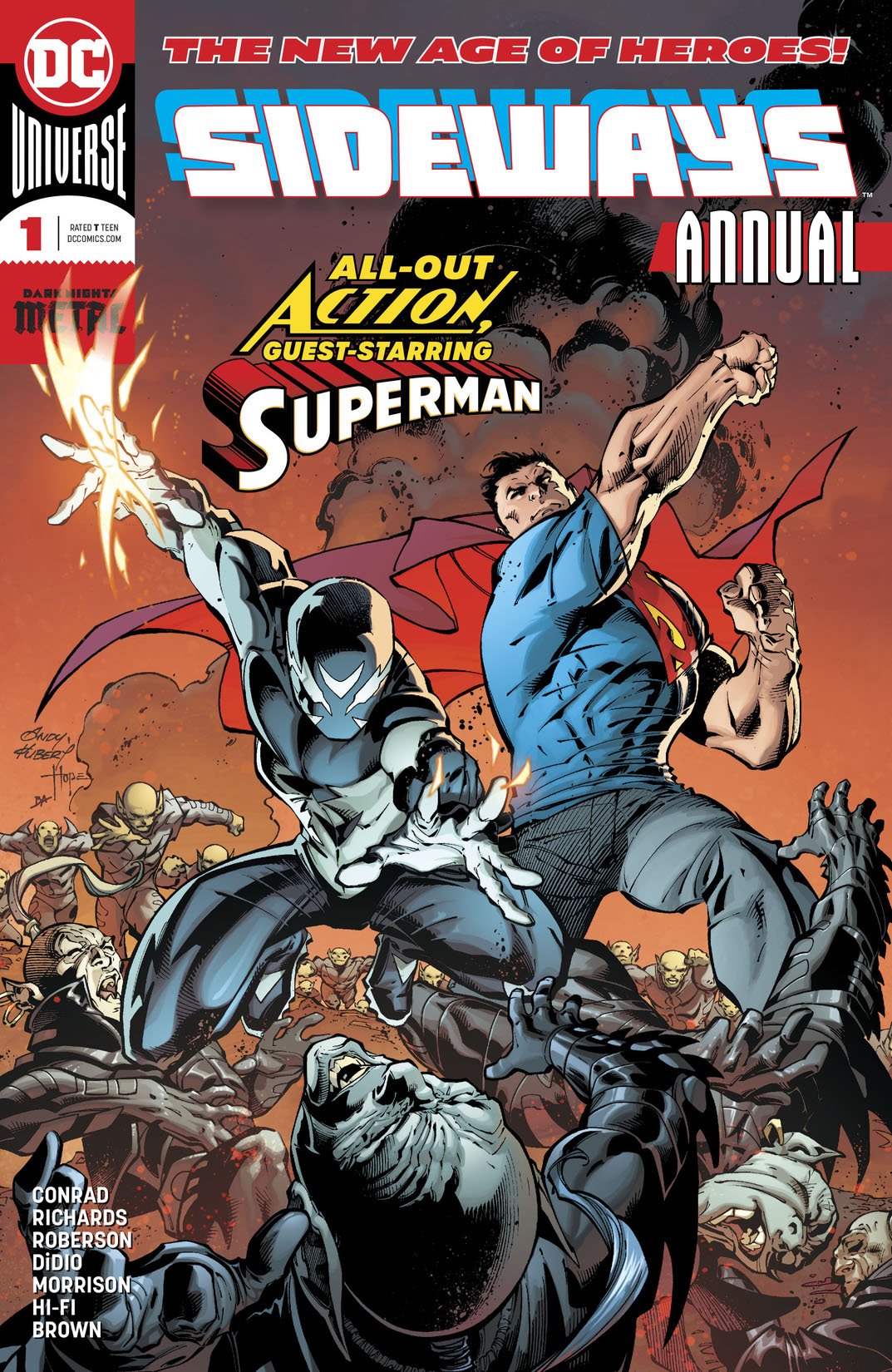 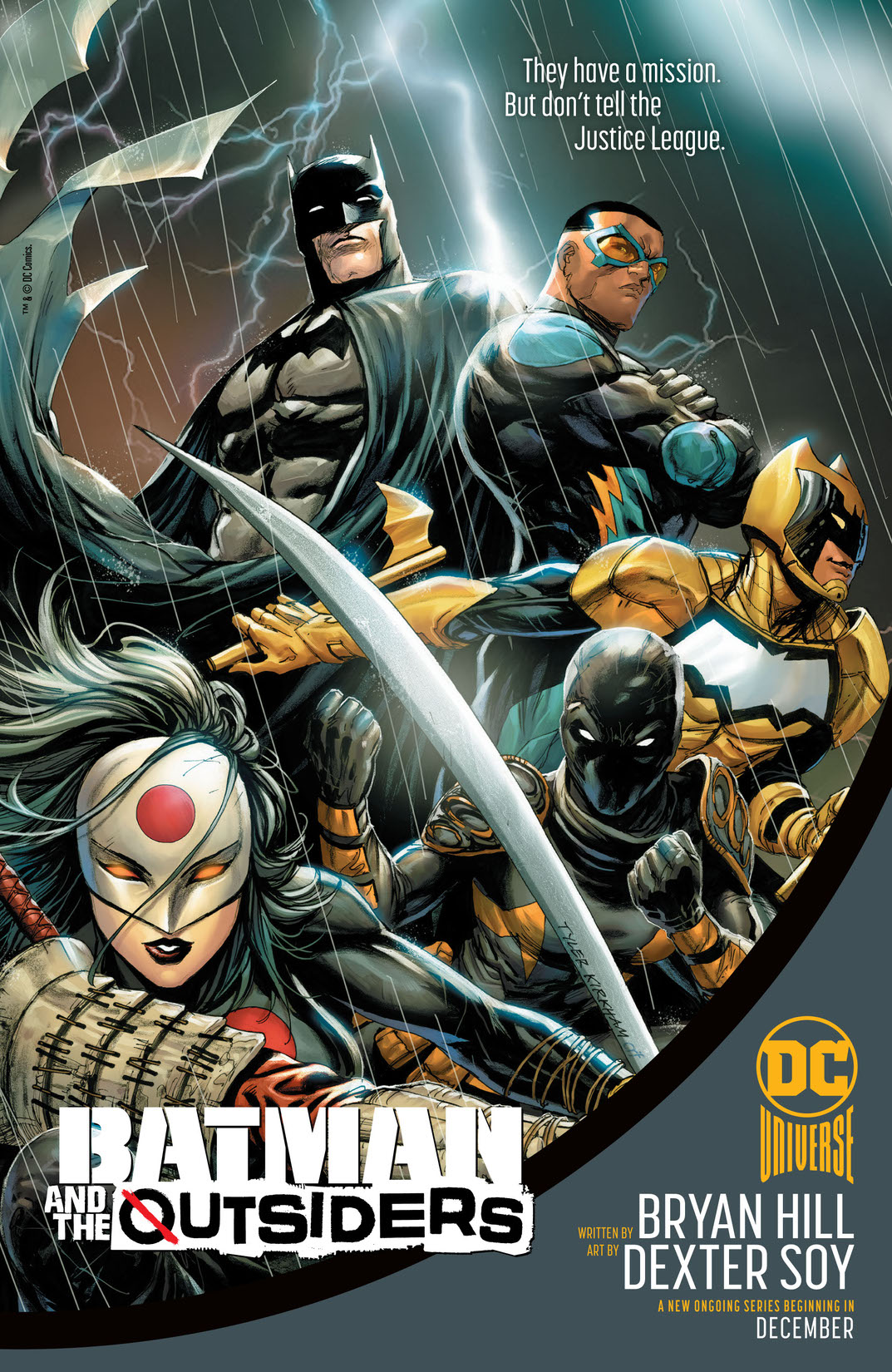 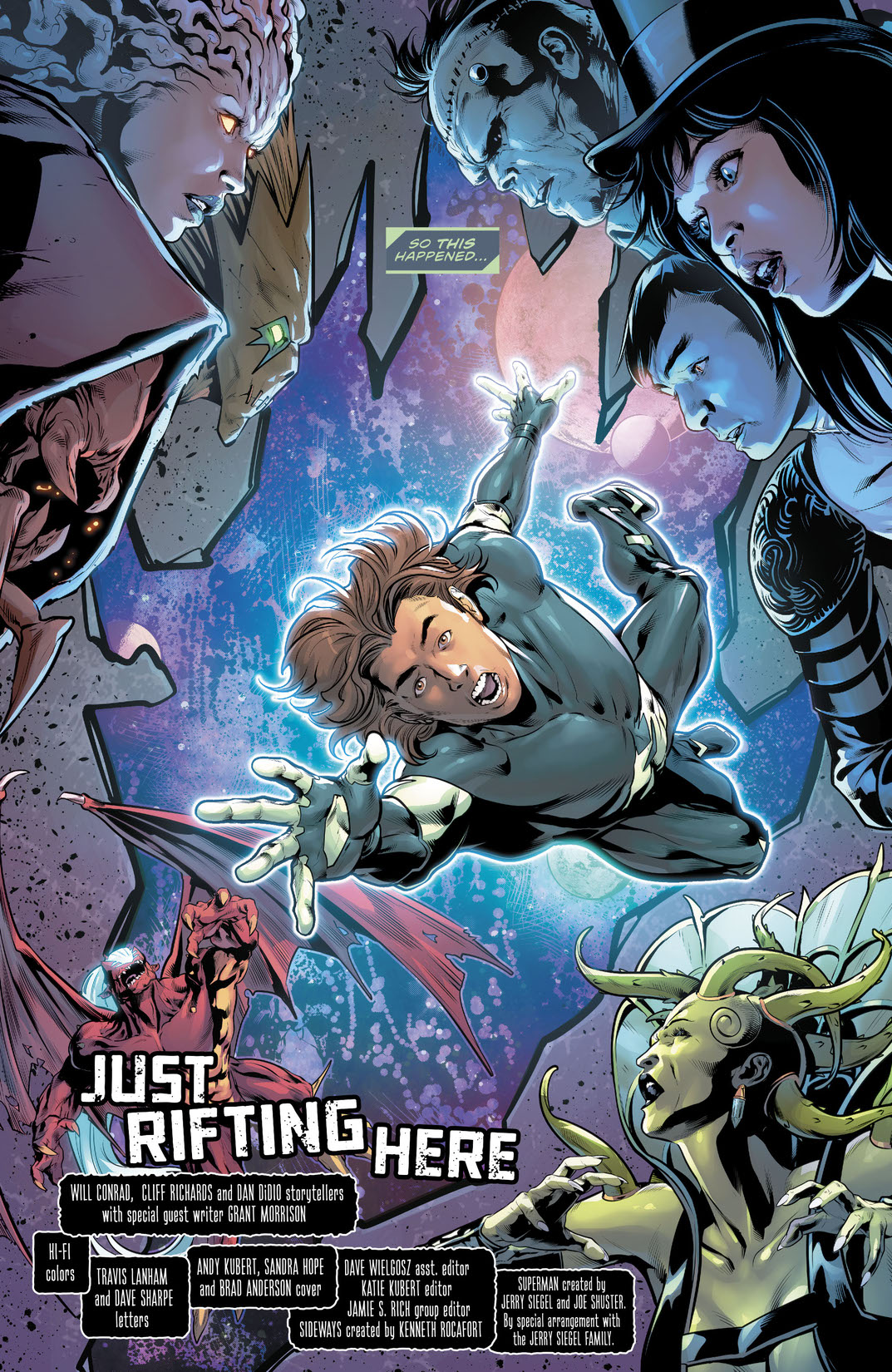 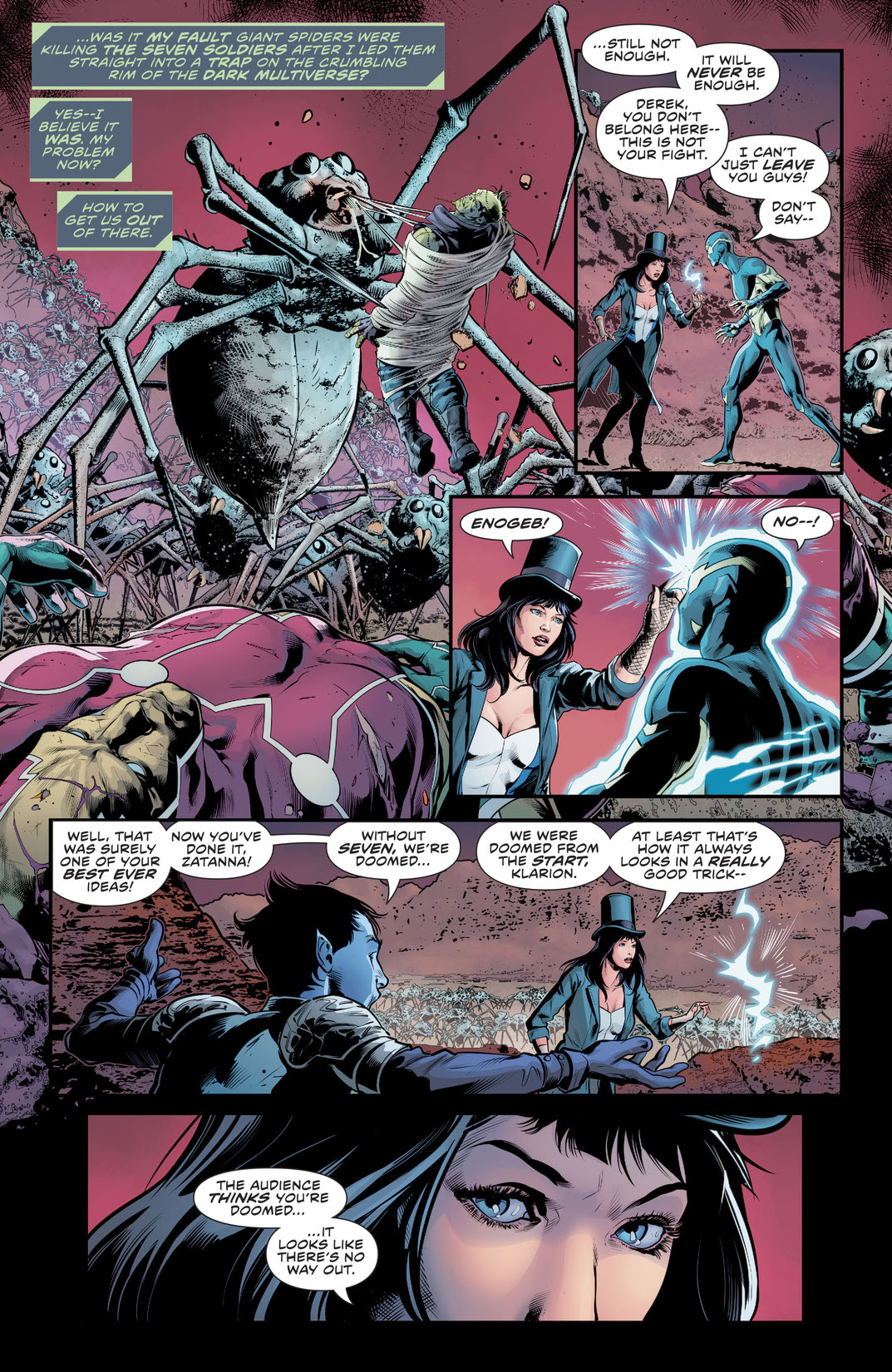 Sideways unleashes his “super” secret weapon against Perrus in an effort to free the oppressed people and escape to his home dimension. He’ll get some additional help from the newly discovered Seven Soldiers, but only if someone makes a heroic ultimate sacrifice. Plus, a bonus backup story in which Sideways meets the Unseen!!