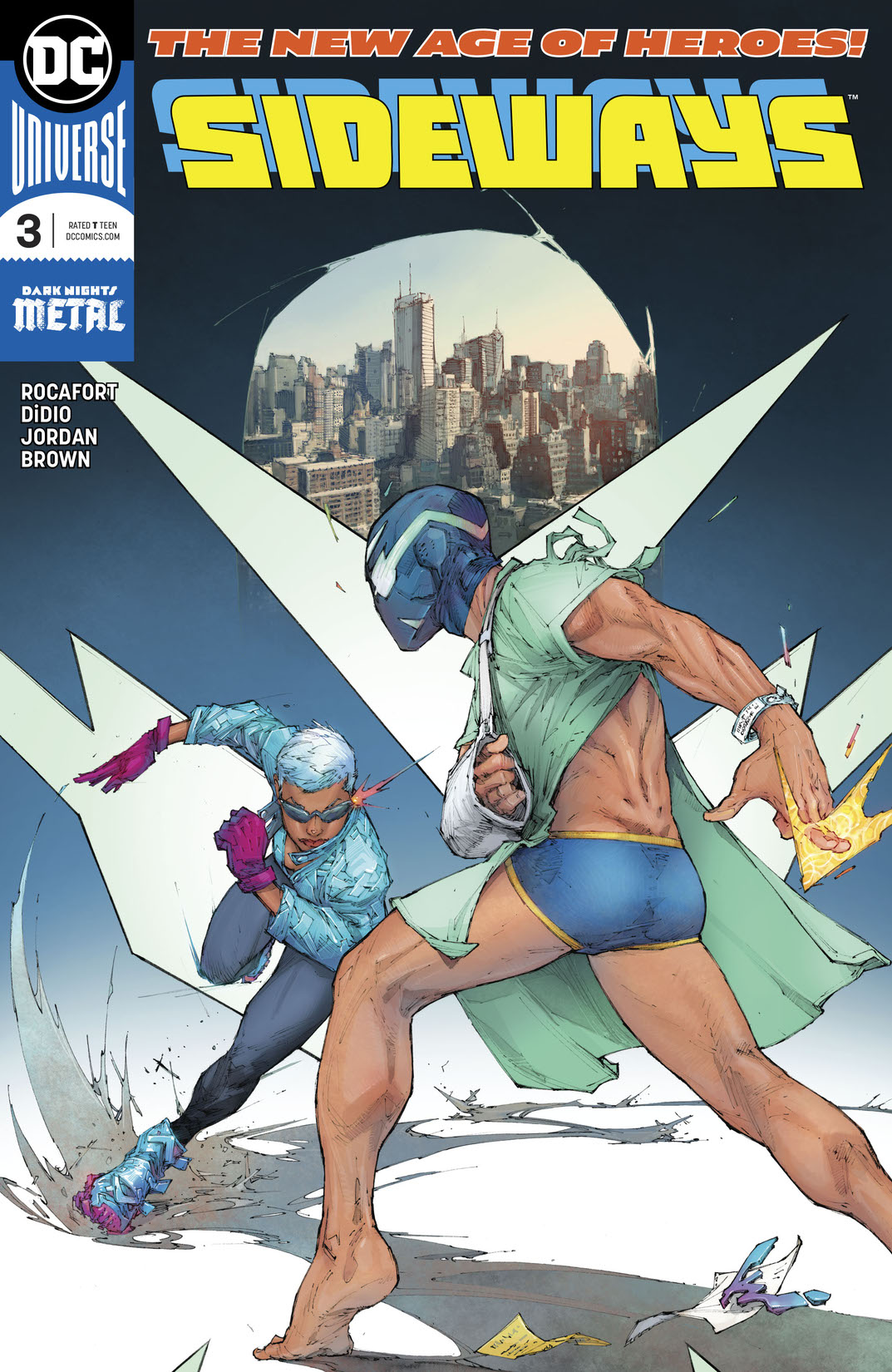 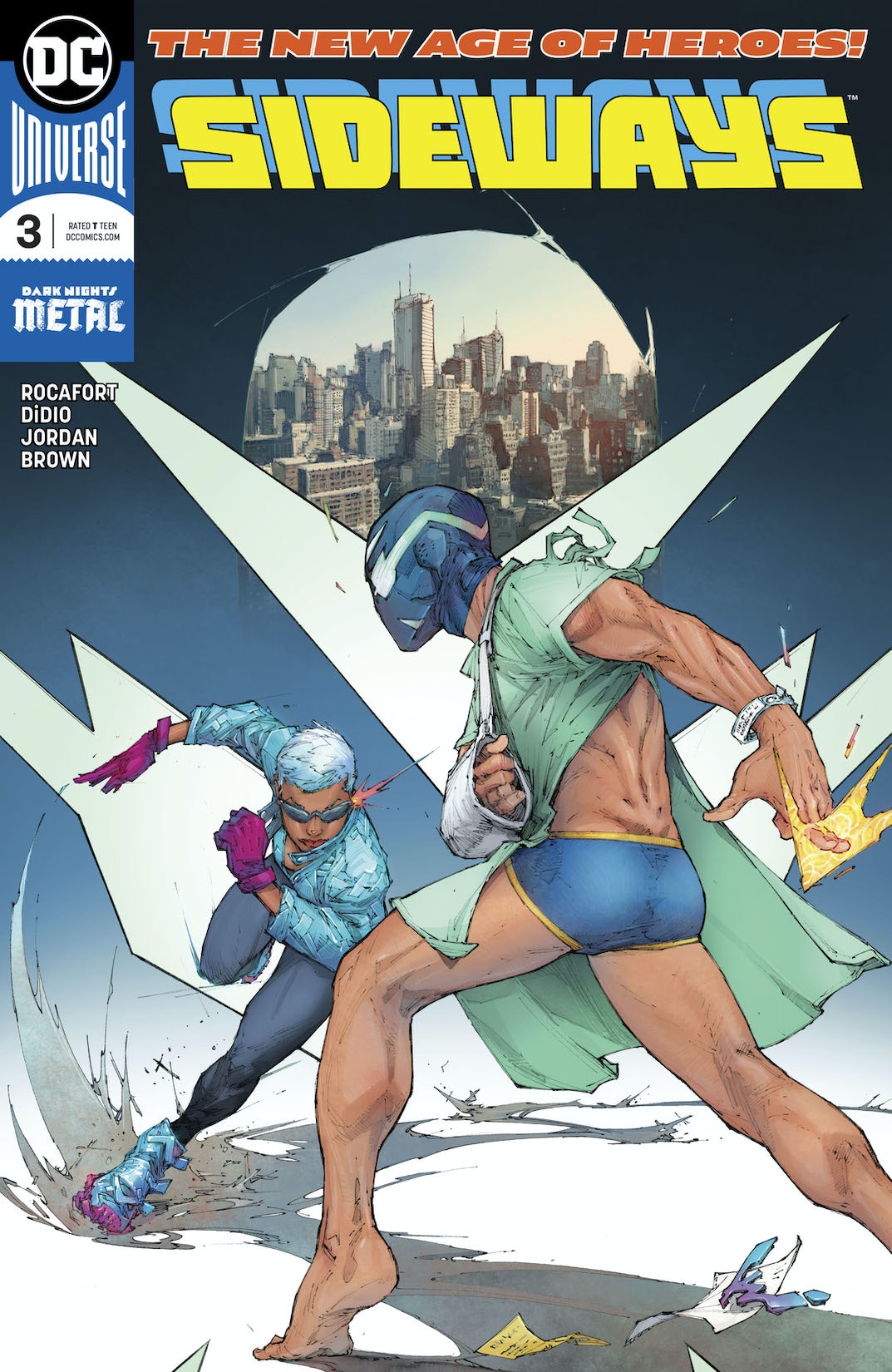 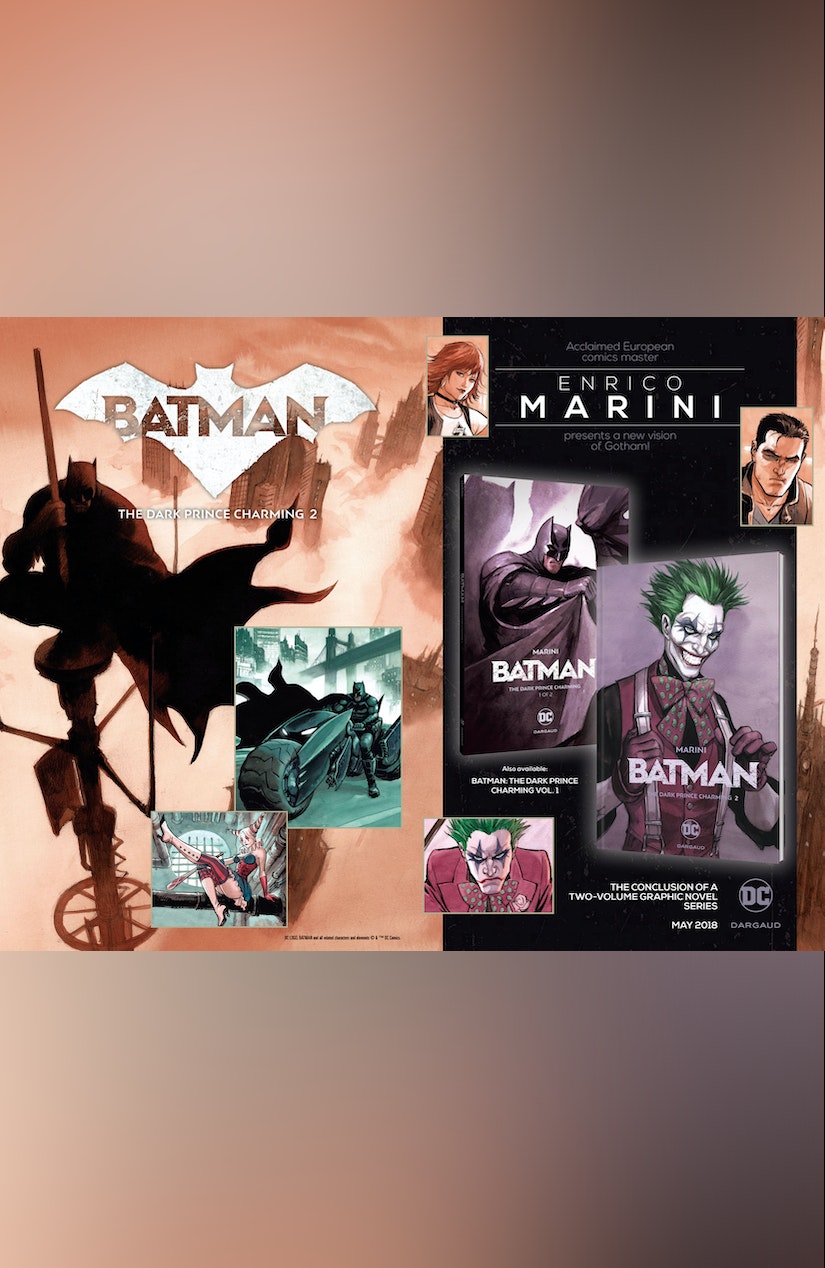 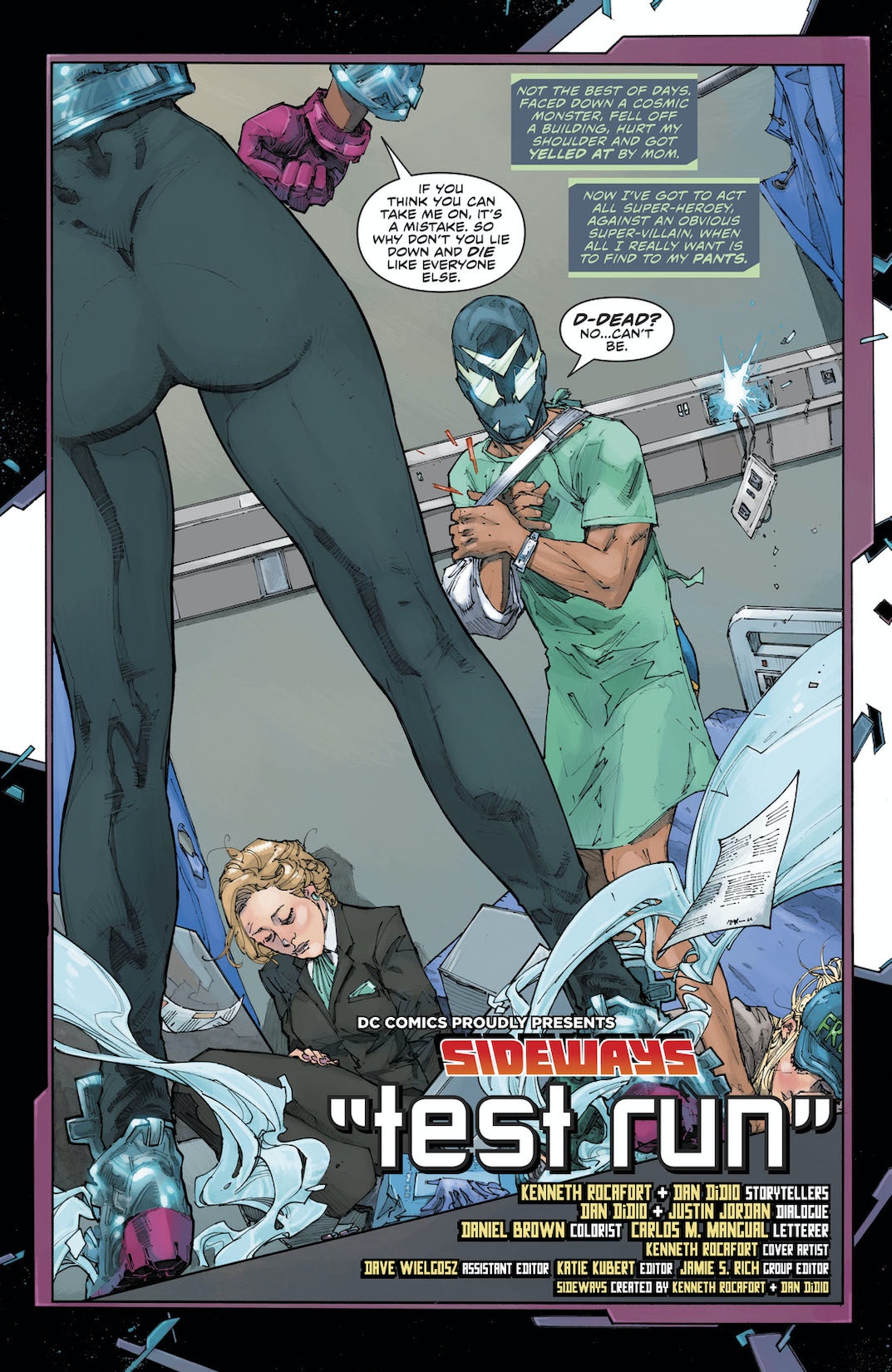 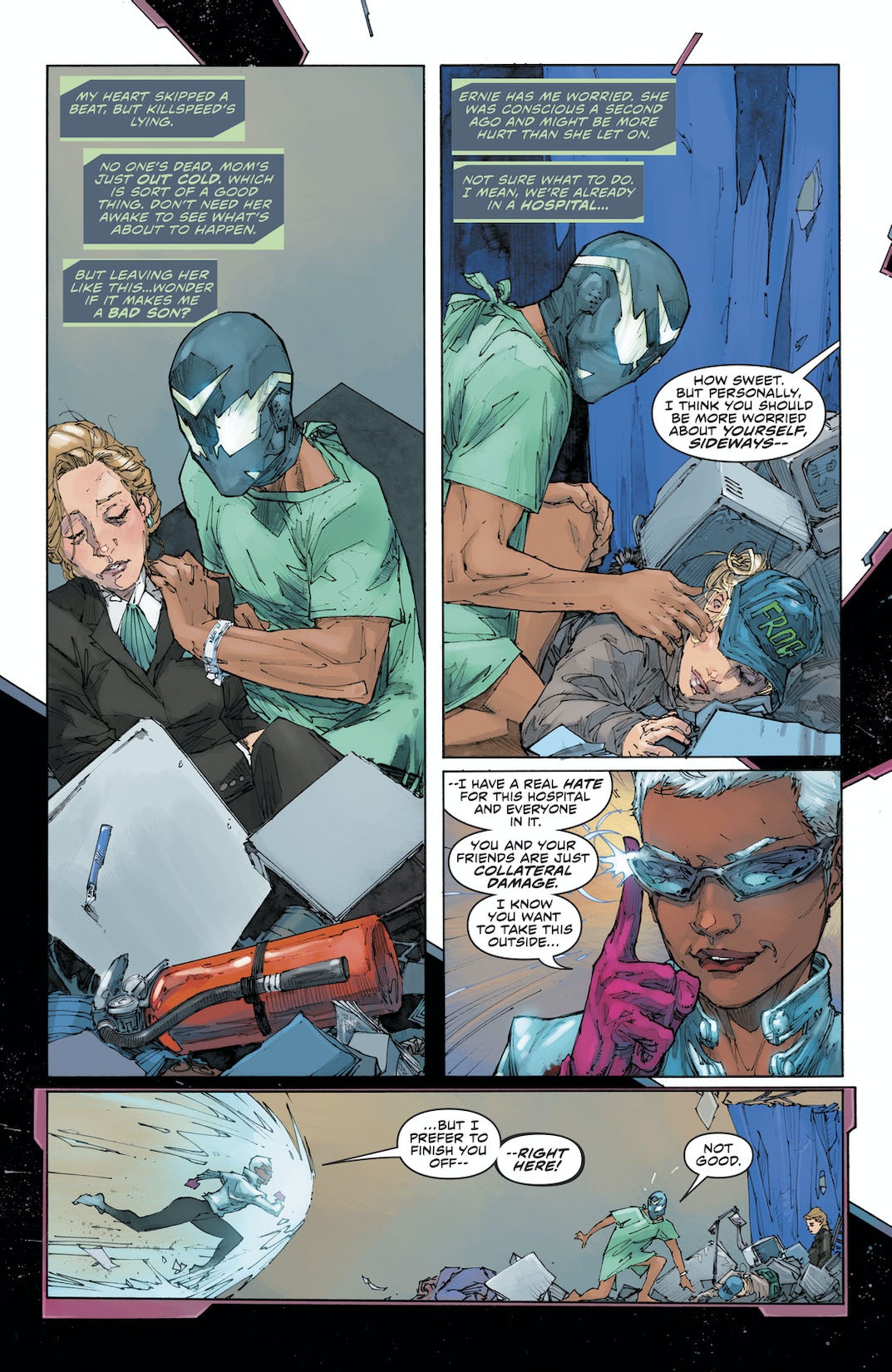 Life is moving pretty fast for Derek James…and unfortunately, things are about to get even faster as he is forced to fight a super-speedster hell-bent on destruction—all while wearing no pants! Can Sideways move through space and time quick enough to stop a new villain born out of the recent Speed Force Storm: Killspeed? Also, what better way to learn about Derek’s powers than right from the horse’s mouth—featuring a backup story hosted by Sideways himself!