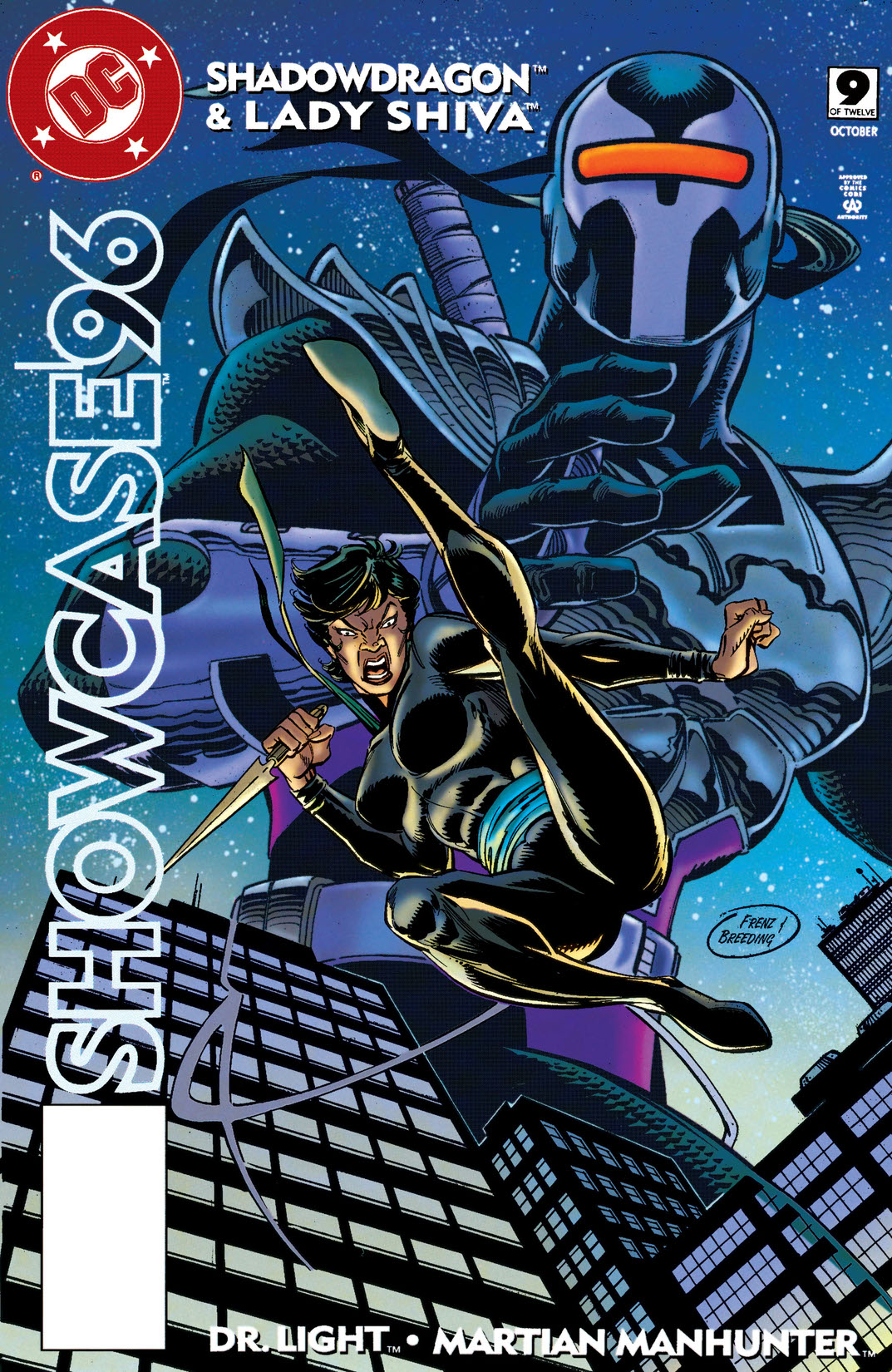 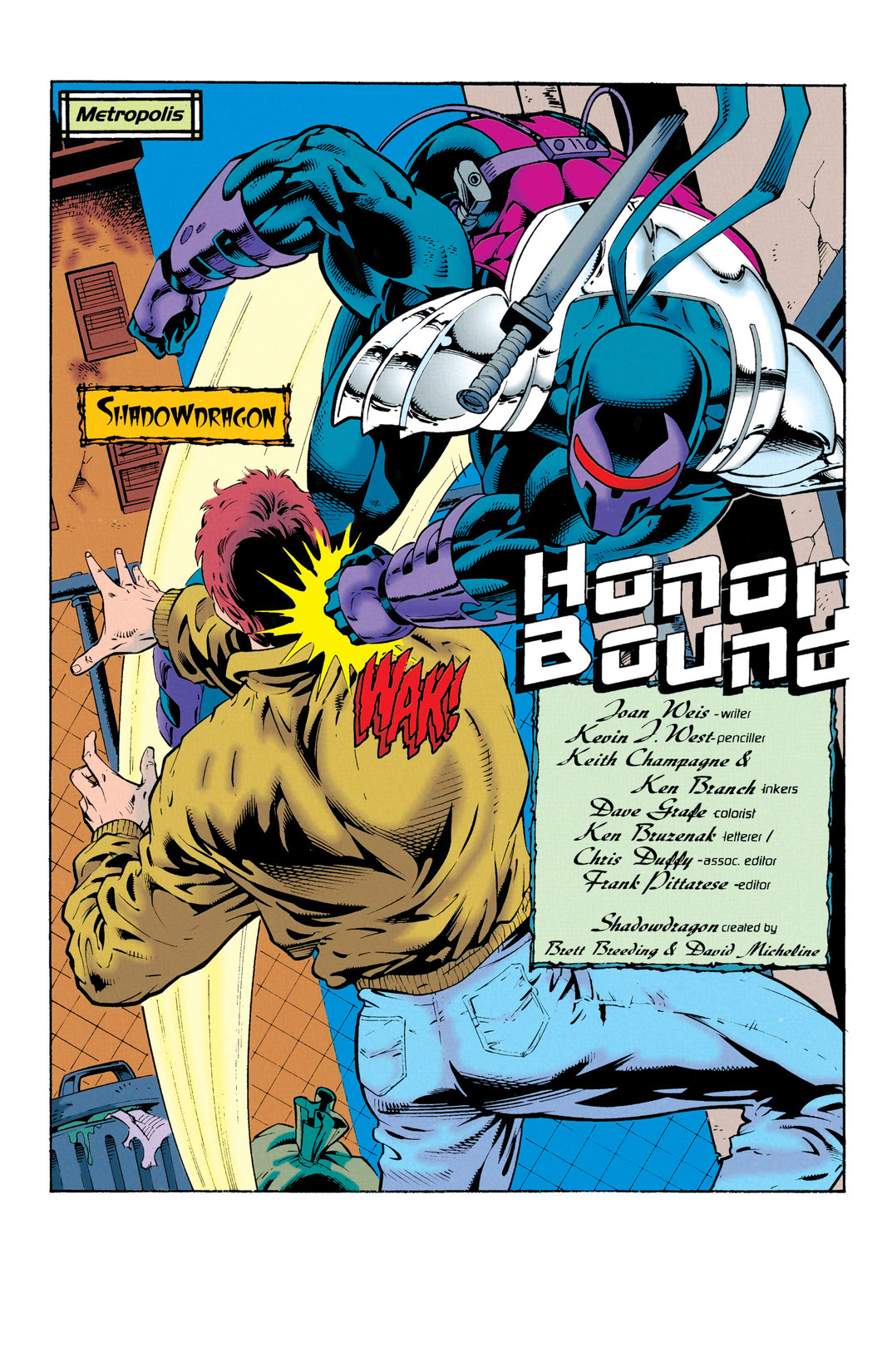 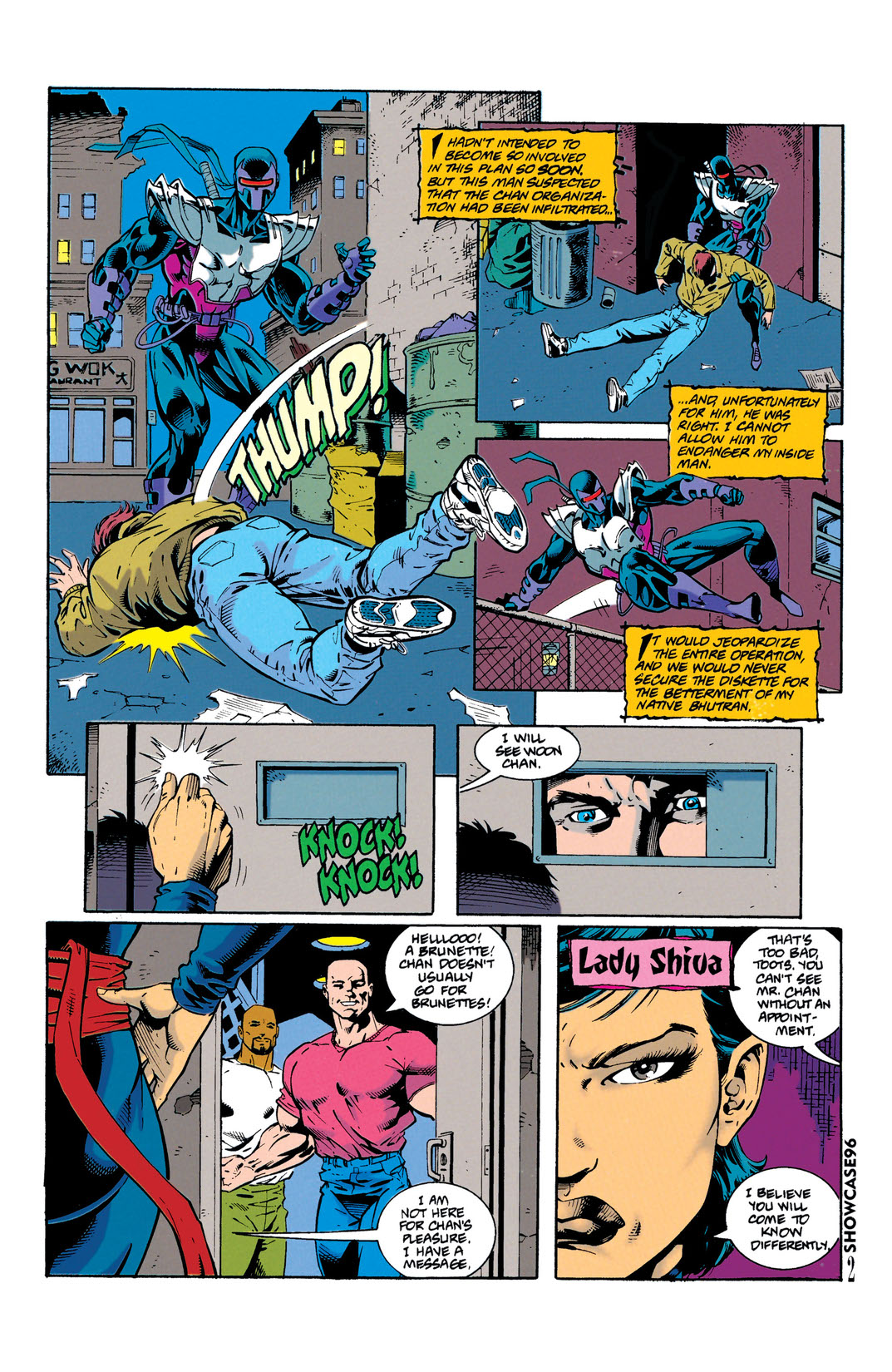 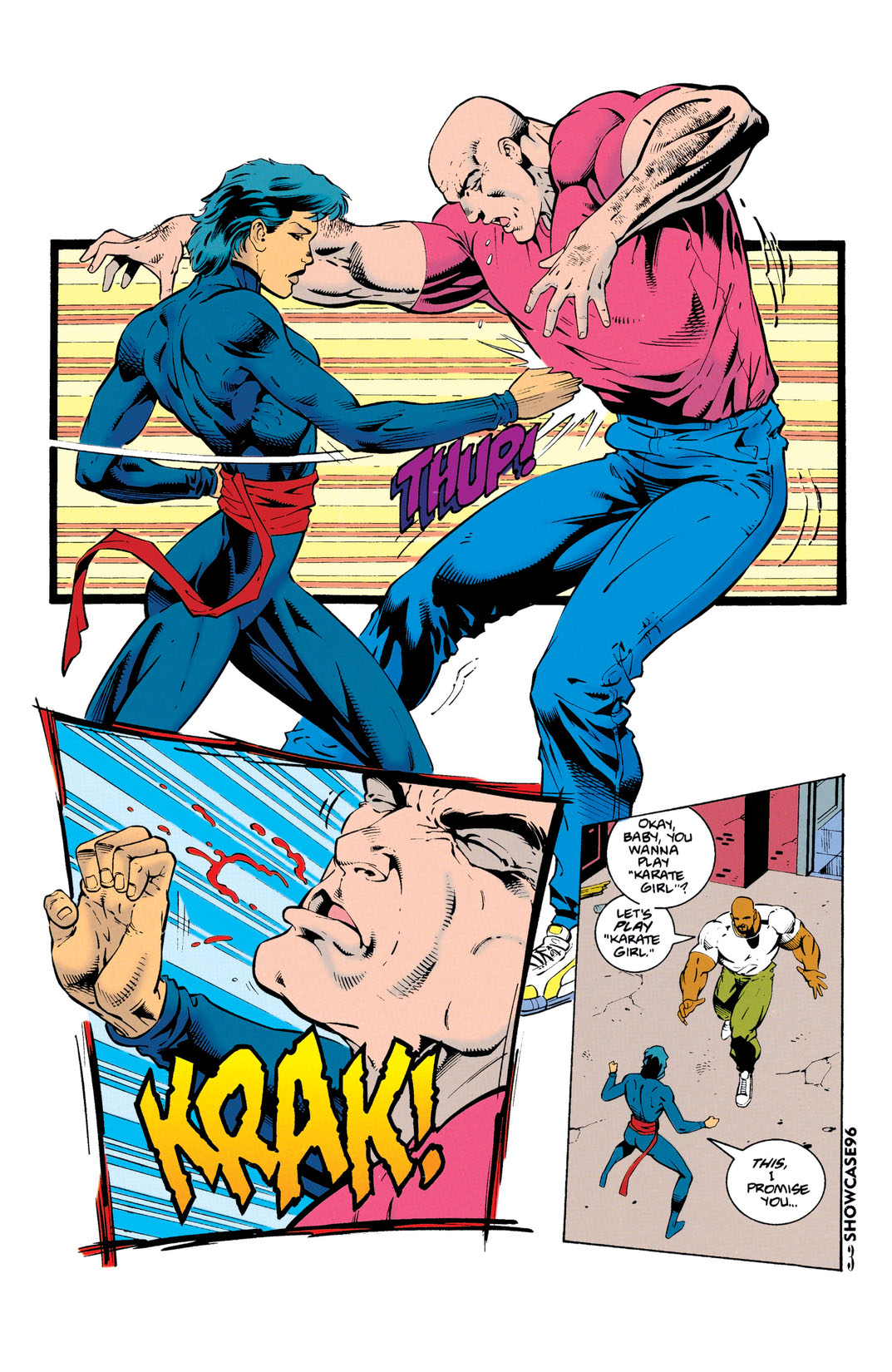 A chance encounter becomes a test of skill and honor when Lady Shiva challenges Shadowdragon to a duel-to the death! Story by Joan Weis, with art by Kevin West and Keith Champagne. Martian Manhunter goes after a cop-killer who specializes in extracting their eyes, in a story by Peter J. Tomasi with art by Eduardo Barreto. Forced out of retirement to stop a madman from stealing a solar energy device, Dr. Light faces a greater challenge as she confronts her greatest fears and the responsibilities that come with power.