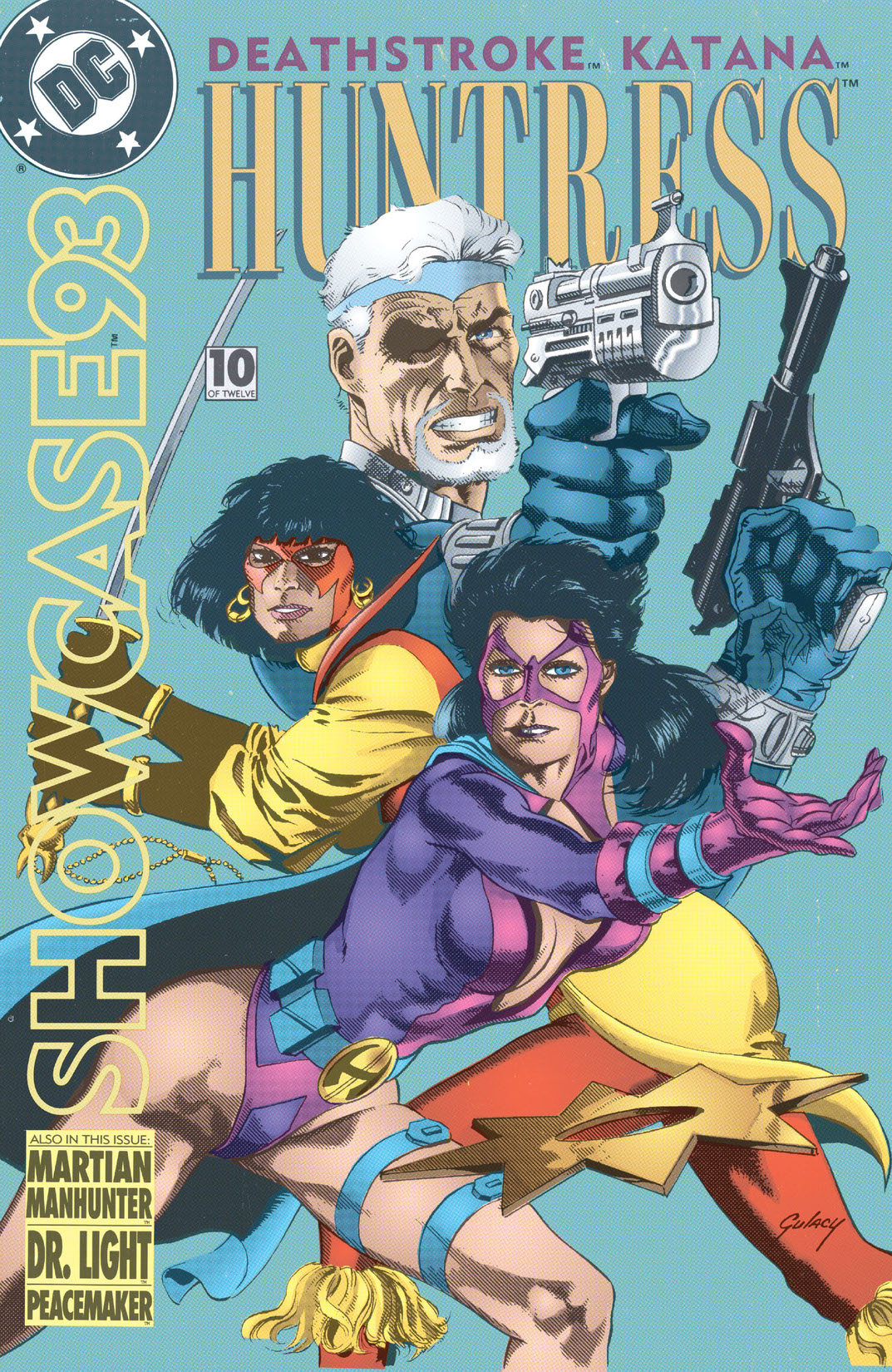 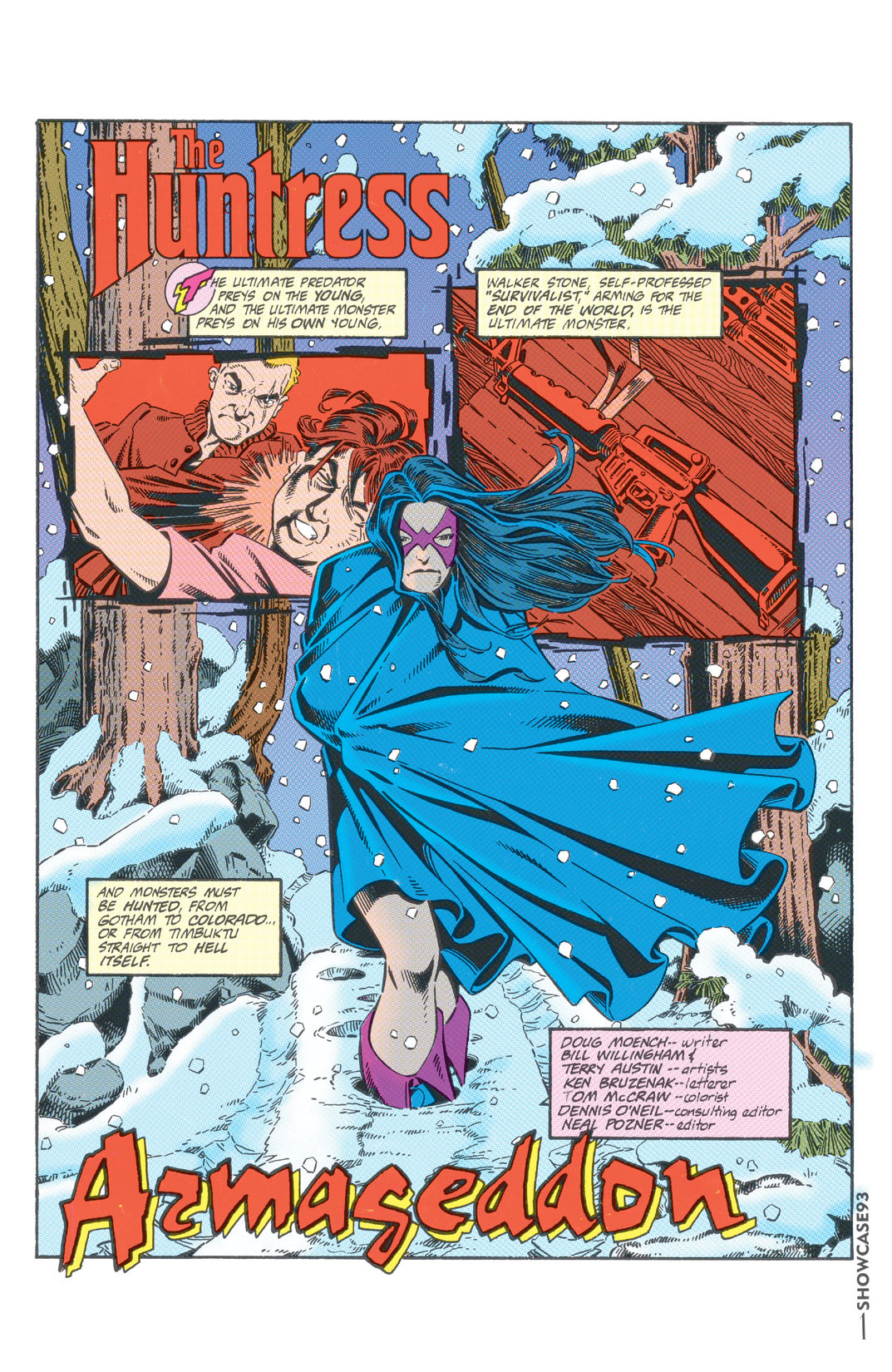 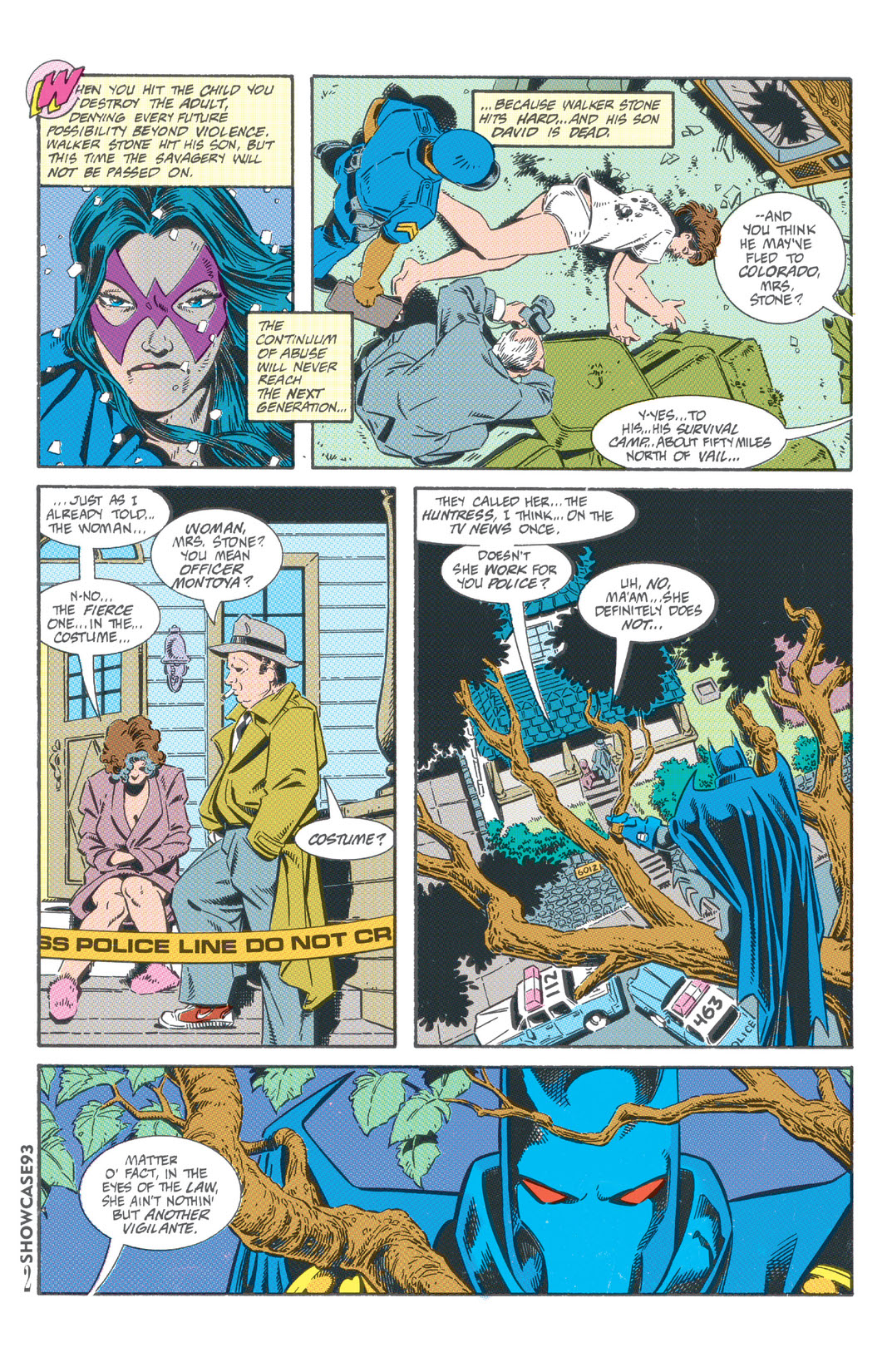 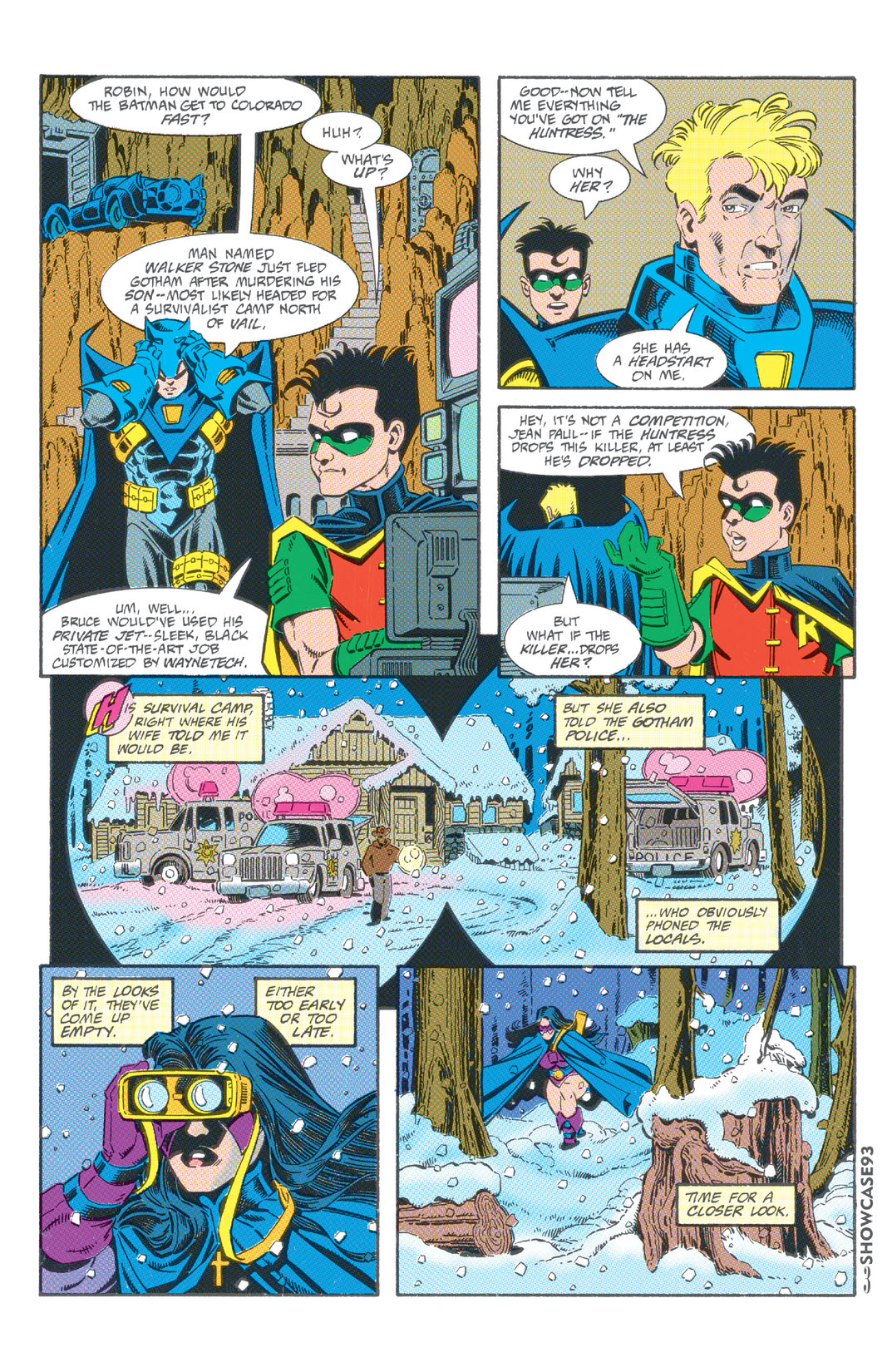 In the conclusion of her two-part adventure, Huntress stalks a gang of crazed, murdering survivalists in a Colorado blizzard. Then, the action continues as Dr. Light joins Peacemaker, Deathstroke and Katana to invade Kobra's Japanese headquarters. Plus, a Martian Manhunter tale!