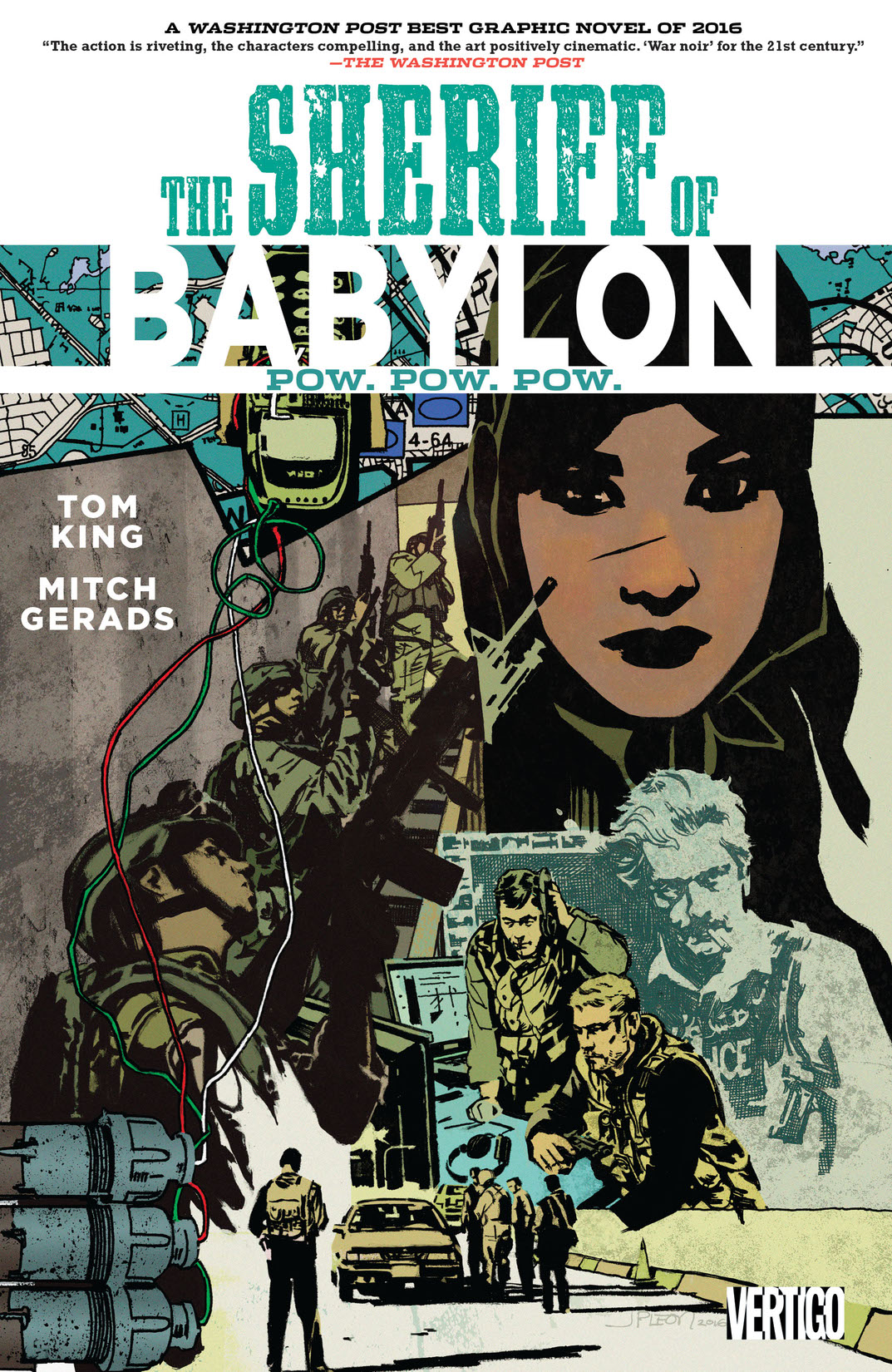 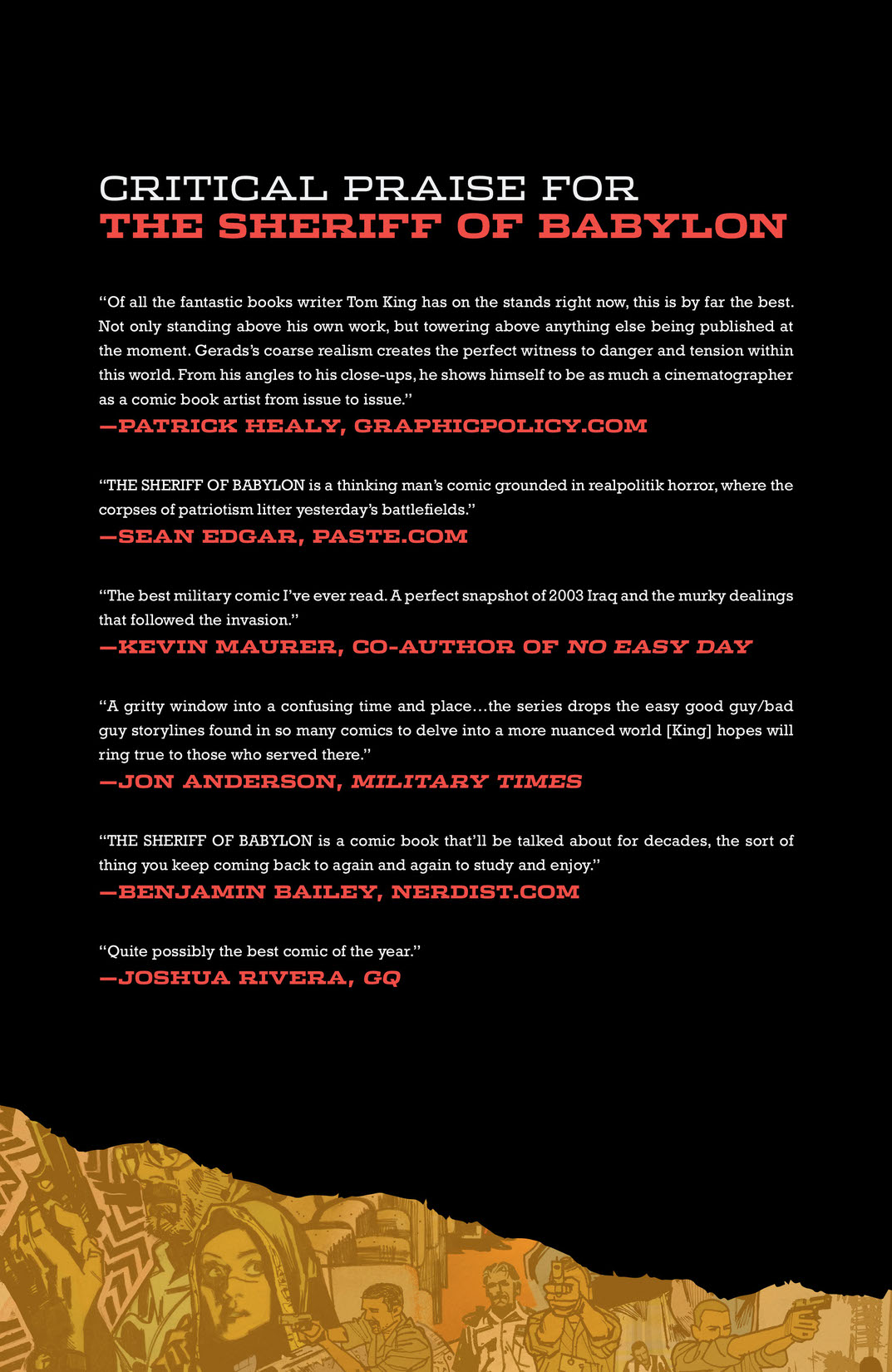 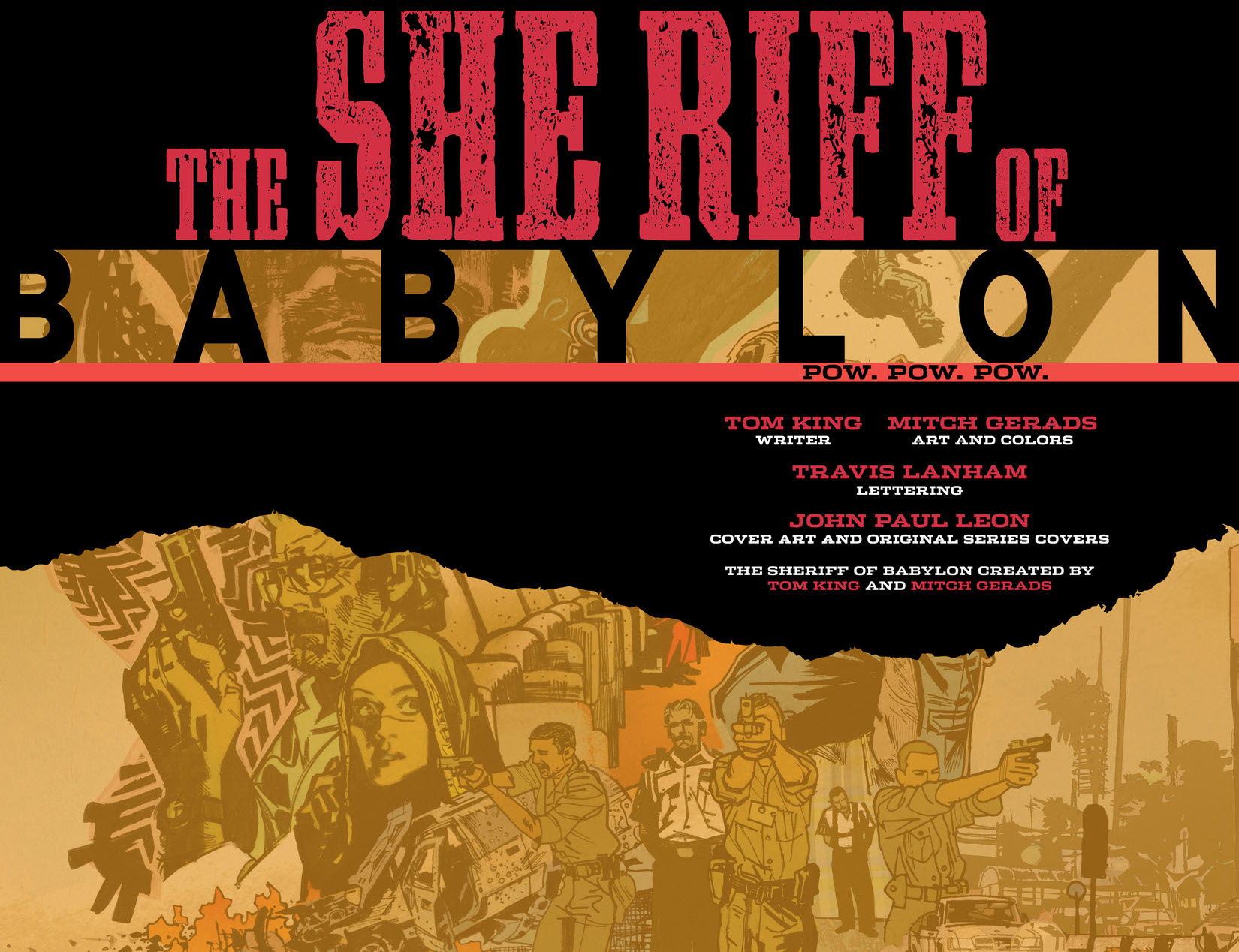 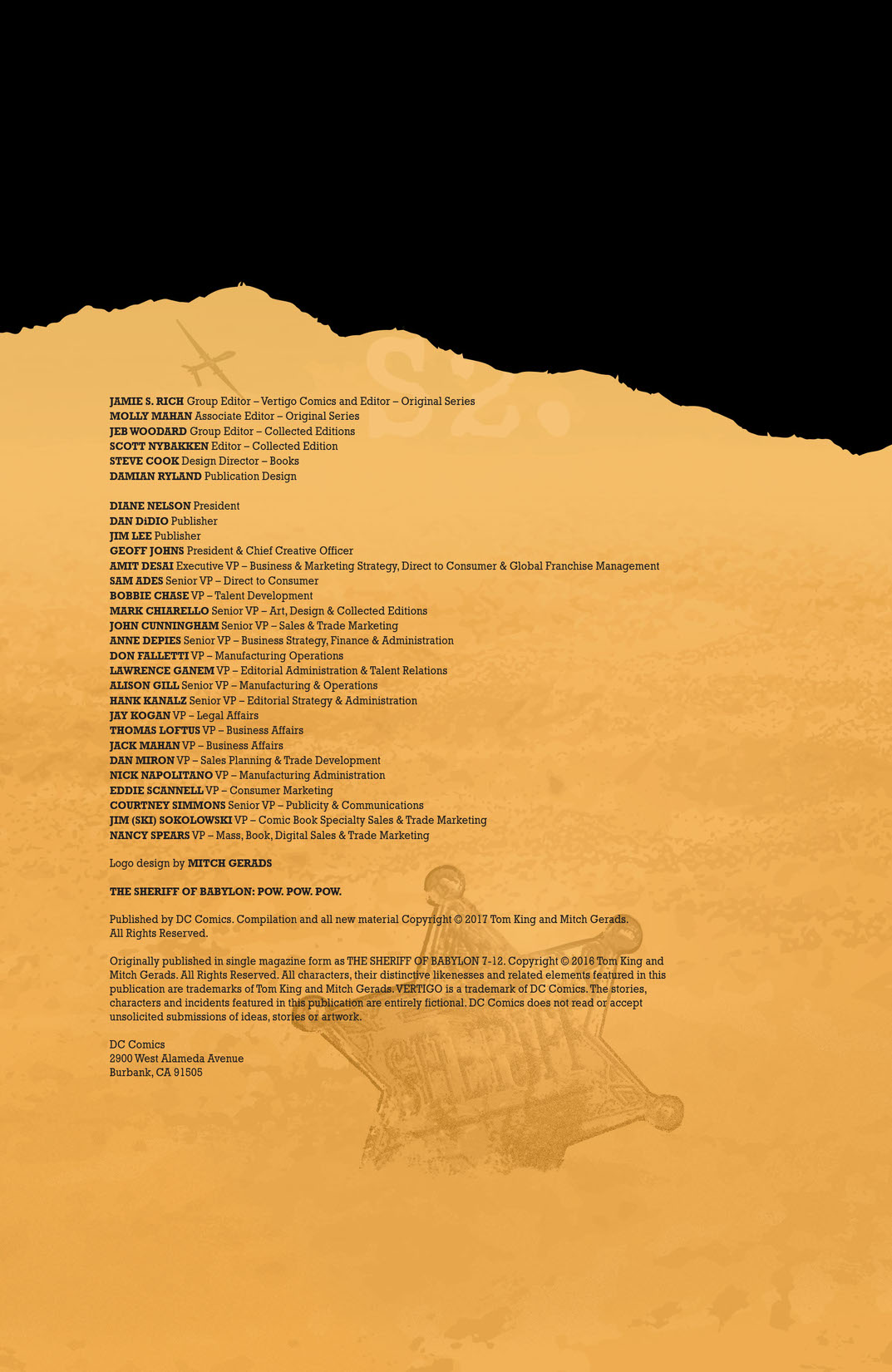 The celebrated series THE SHERIFF OF BABYLON by Tom King continues and follows a Florida cop turned military consultant. Chris came to Iraq in the aftermath of the 2003 American invasion to train a new generation of post-Saddam police. But the murder of one of his recruits has uncovered a vast web of secrets and lies—one that ties the old regime, the new government, the American military, the criminal underworld and the jihadist network together in a nightmarish tangle of death and deception. Fortunately, Chris isn’t cutting through the chaos alone. Old-school Baghdad cop Nassir and political power player Sofia each have their own reasons to see the murderer brought to justice. Together, the trio has tracked down the man responsible: the lethal insurgent commander Abu Rahim. Now, as the investigation builds to its explosive climax and their diverging agendas begin to pull them apart, Chris, Nassir and Sofia are about to discover that nothing about the murder, the mastermind or the men behind the scenes is truly as it seems. Written by rising comics star and CIA veteran Tom King (BATMAN) and gorgeously illustrated by Mitch Gerads, THE SHERIFF OF BABYLON VOL. 2: POW. POW. POW. brings one of the decade’s most critically acclaimed series to its stunning conclusion. Collects issues #7-12.