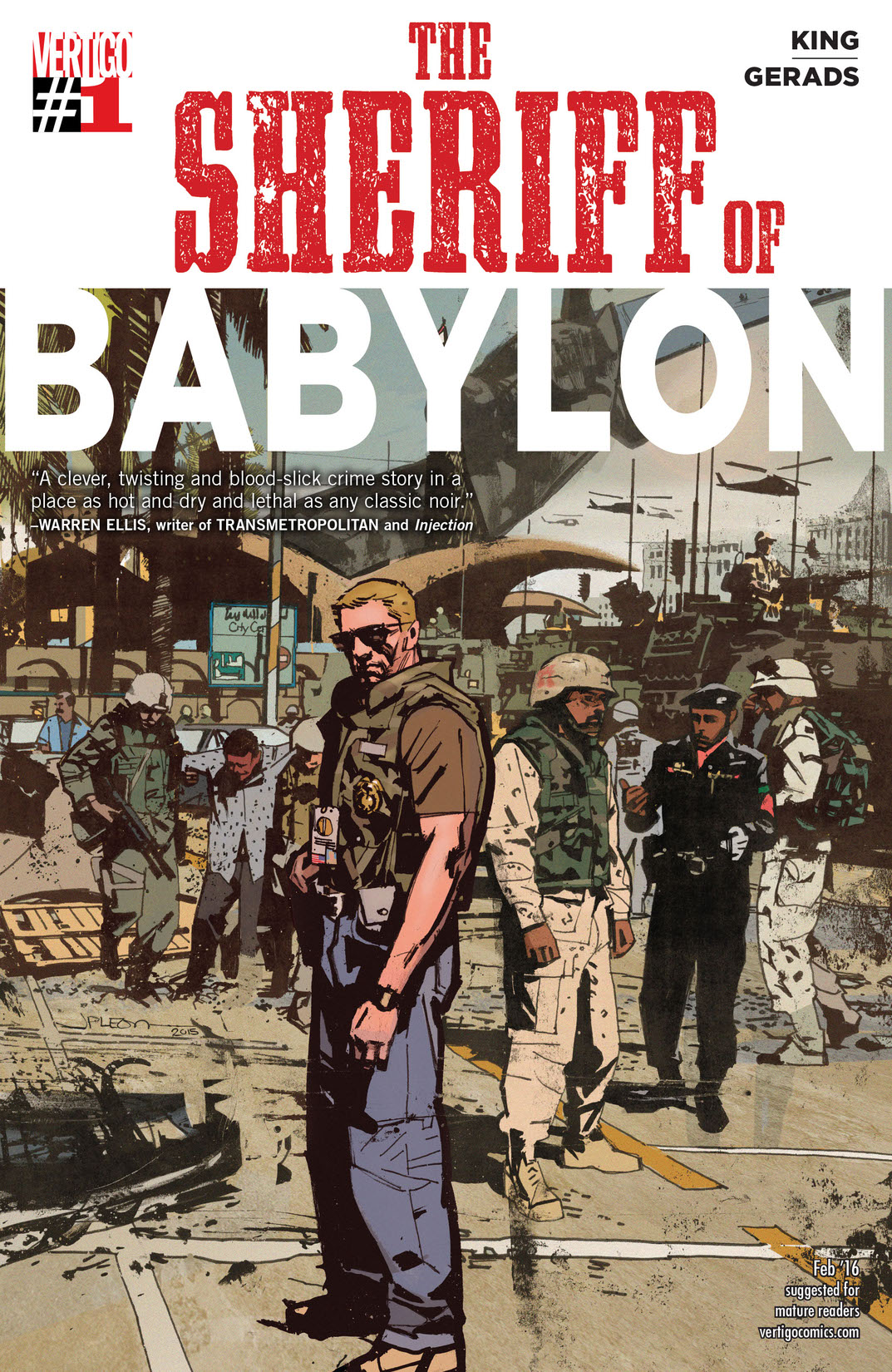 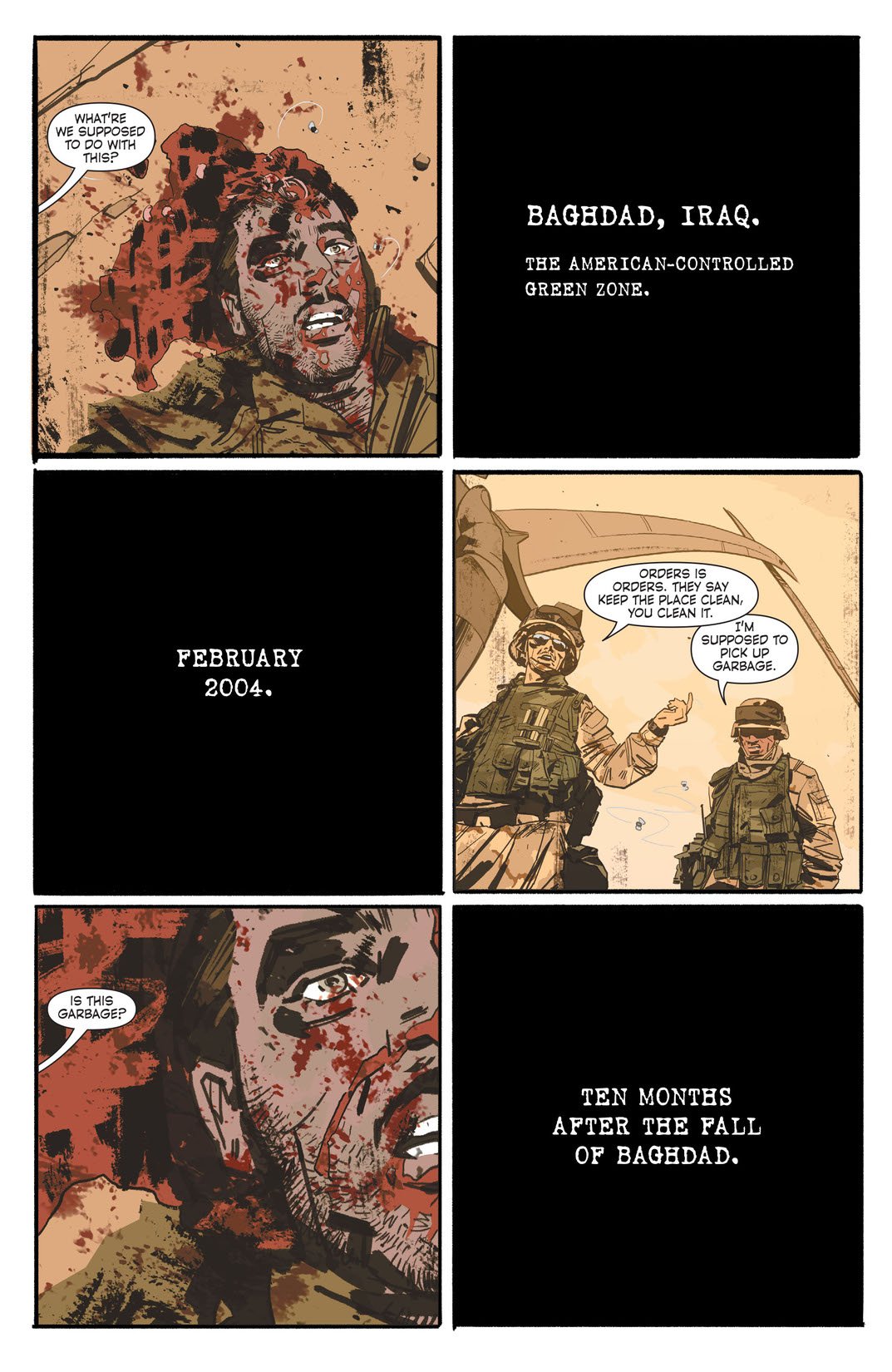 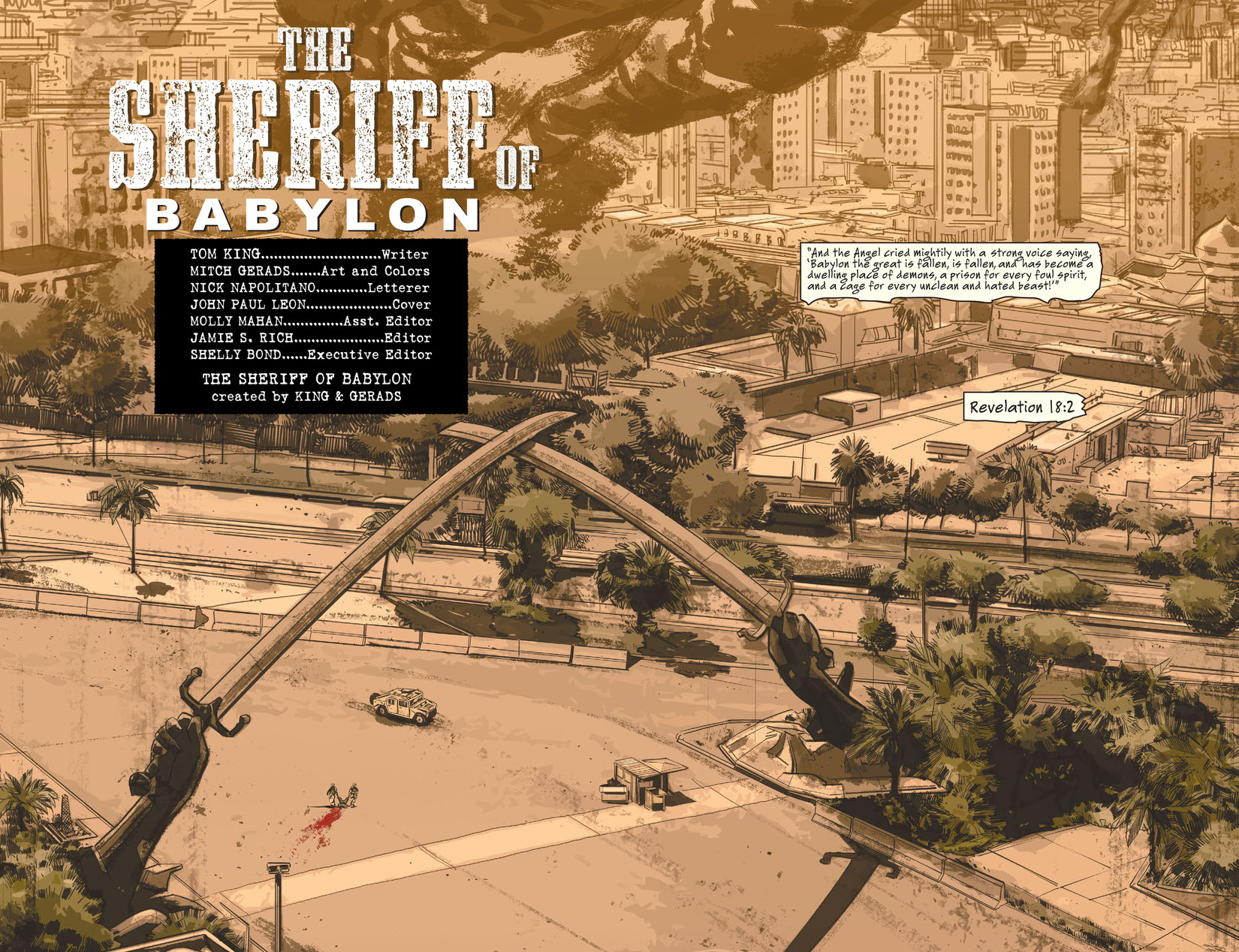 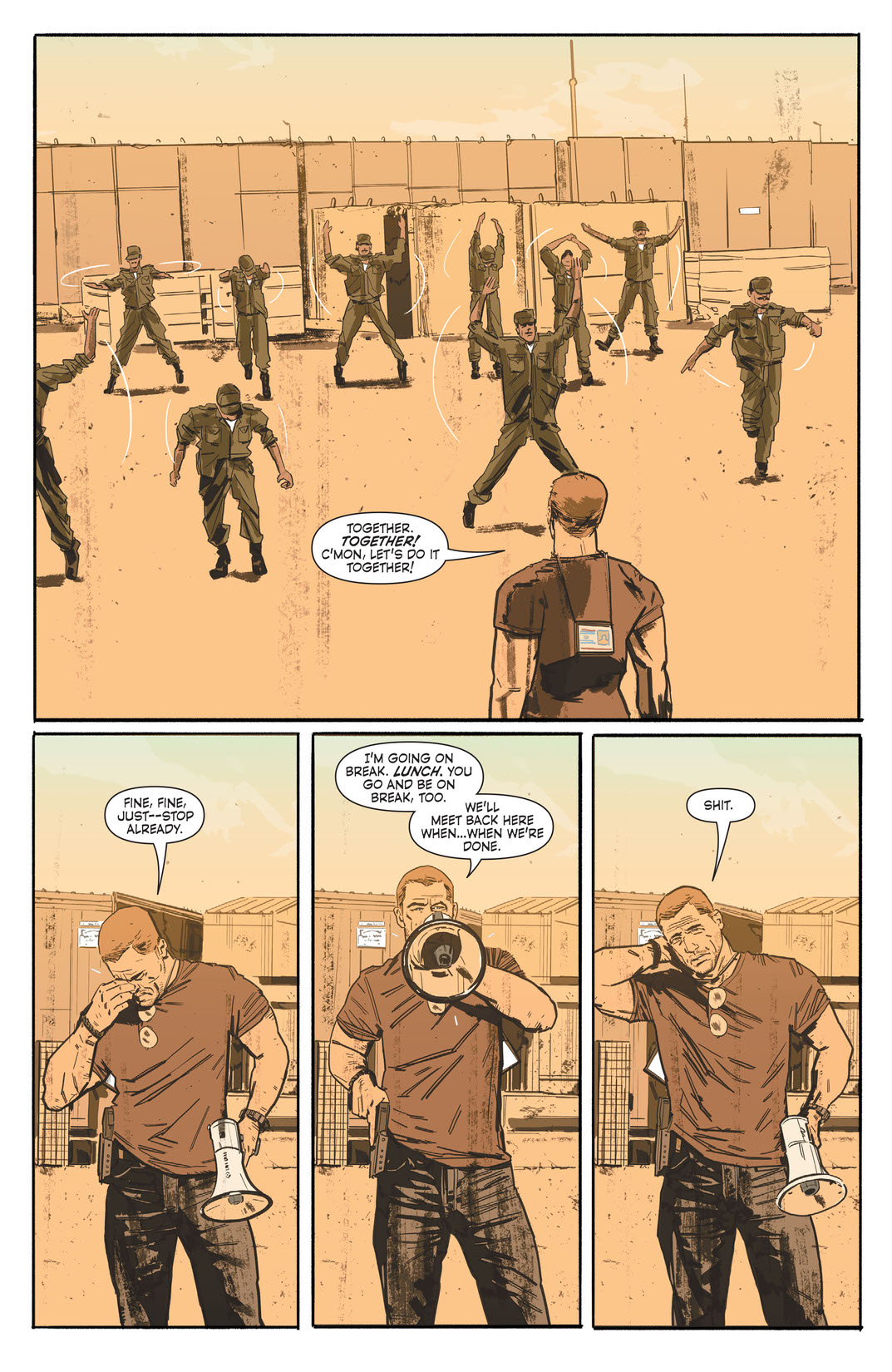 Baghdad, 2003. Florida Police officer turned military contractor Chris Henry is tasked with training a new Iraqi police force. When one of his trainees ends up dead, Chris is forced to team up with Nassir, the last remaining cop in Baghdad. Pulling the strings to bring them together is the mysterious Sofia, an American-educated Iraqi who has returned to take control of the city’s criminal underworld. This miniseries is a thrilling wartime crime drama told amid one of the most tumultuous times in modern history. THE SHERIFF OF BABYLON is a new eight-issue miniseries pulled from GRAYSON cowriter Tom King’s real-life experience as a CIA operations officer and is illustrated by Mitch Gerads, co-creator of The Activity.