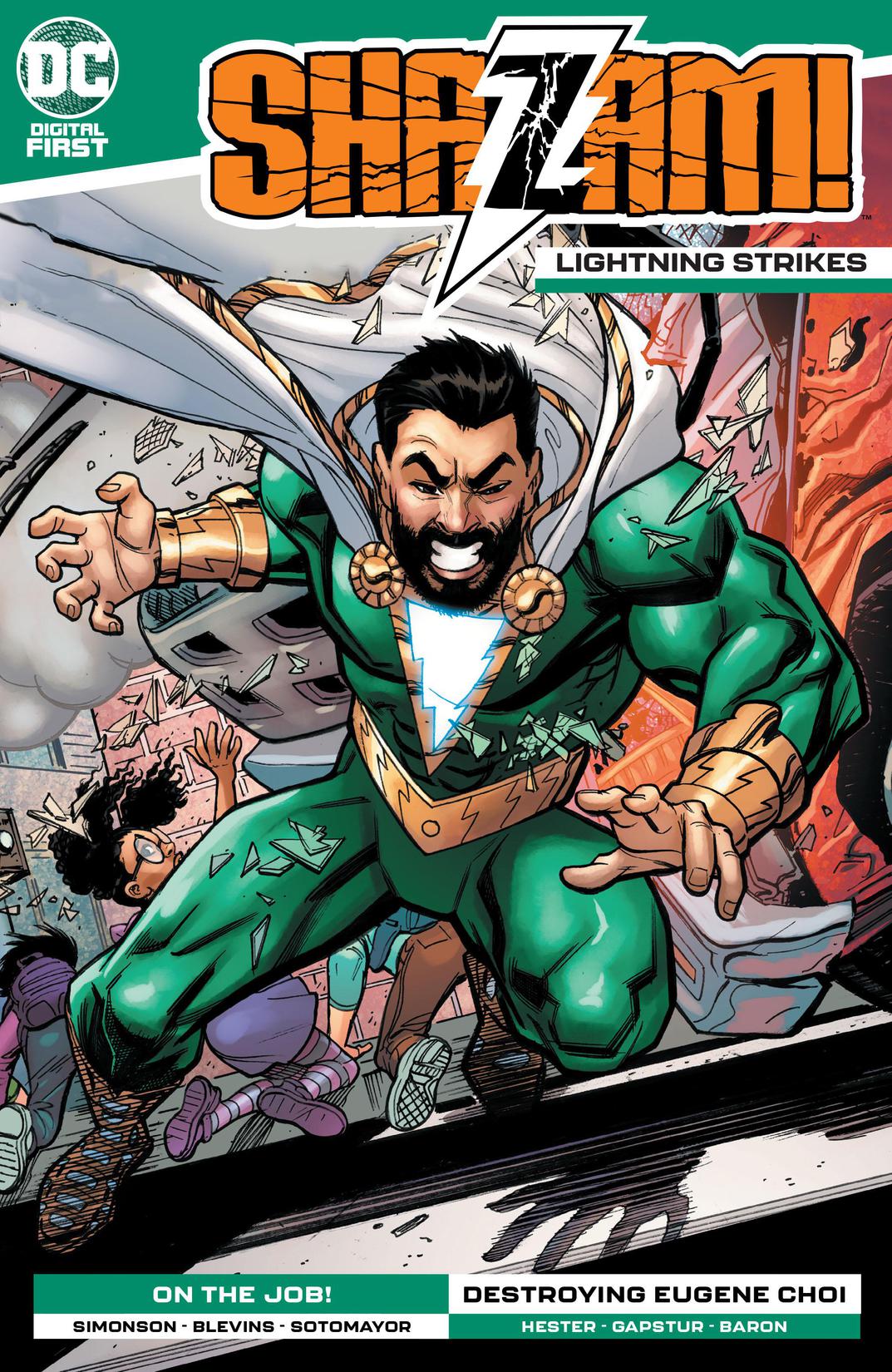 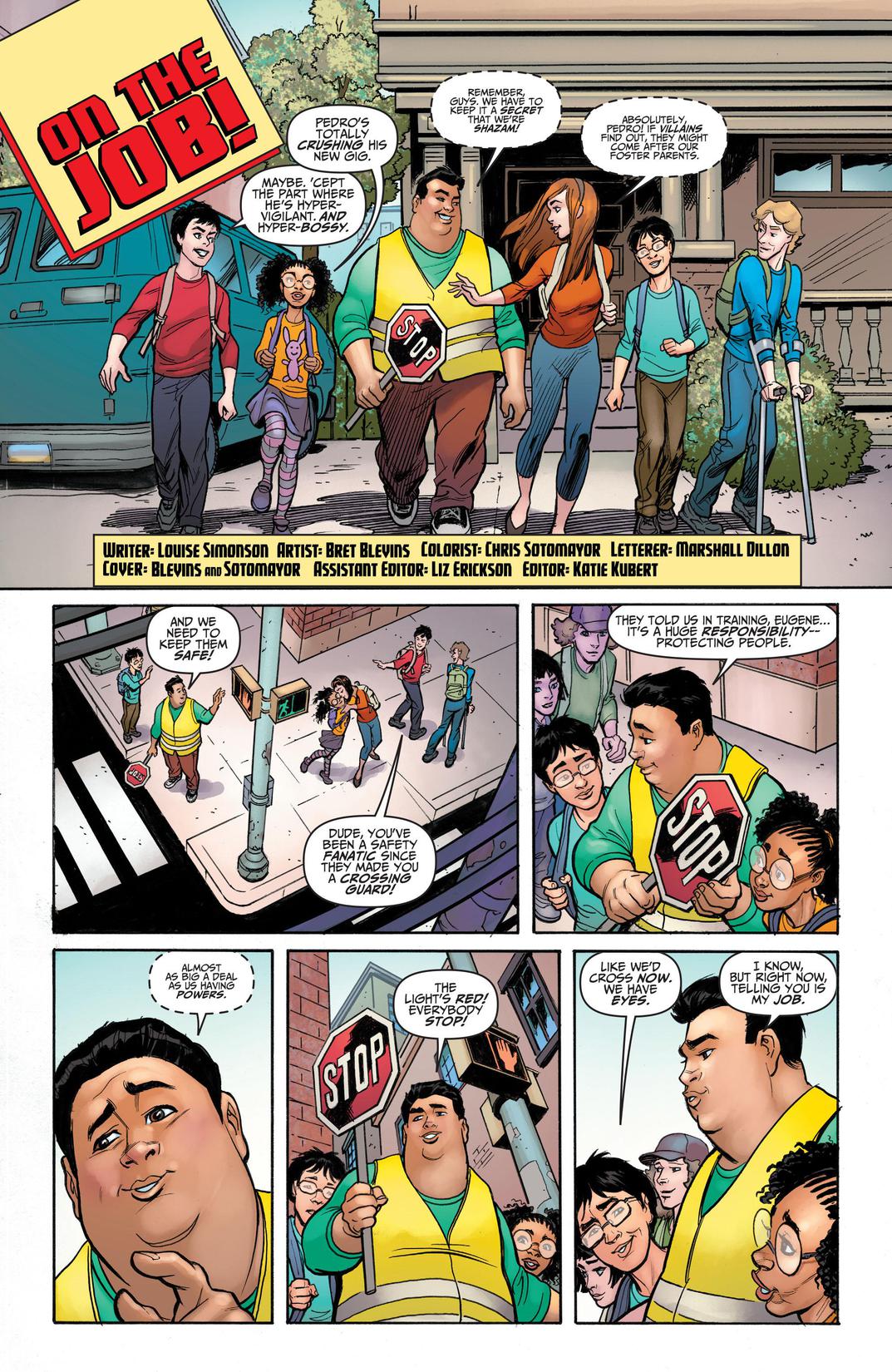 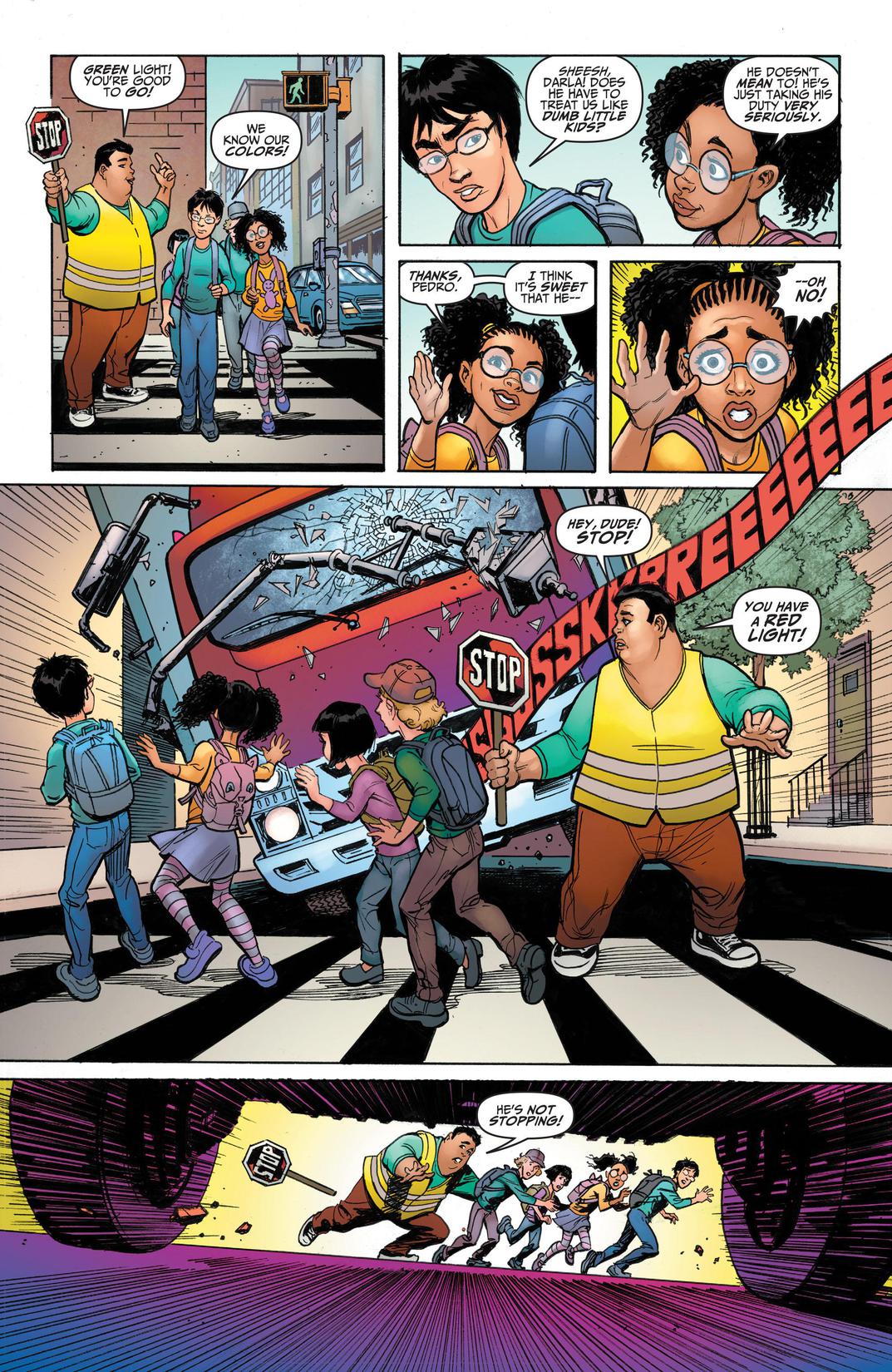 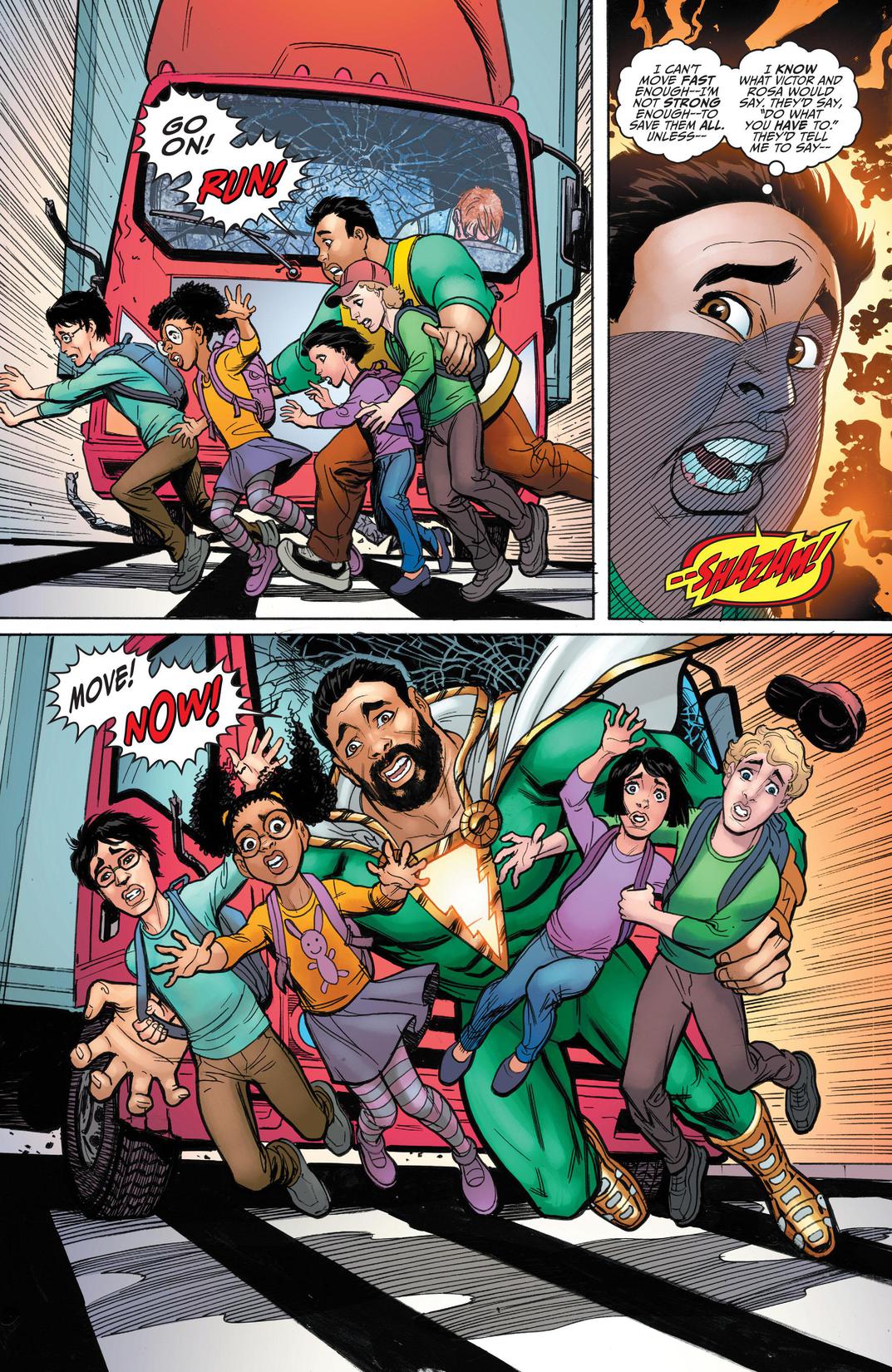 Story 1 - Pedro takes his new crossing guard responsibilities very seriously. But when disaster strikes, can he keep his Shazam Family identity a secret and keep his classmates safe? Story 2 - A mysterious glowing artifact proves to be the perfect power source for Eugene’s robotics project—until it grants his robot a life of its own! Now Eugene must dismantle the rogue battlebots before they destroy Fawcett High...and to do it, he’ll need the helpof his greatest rival!