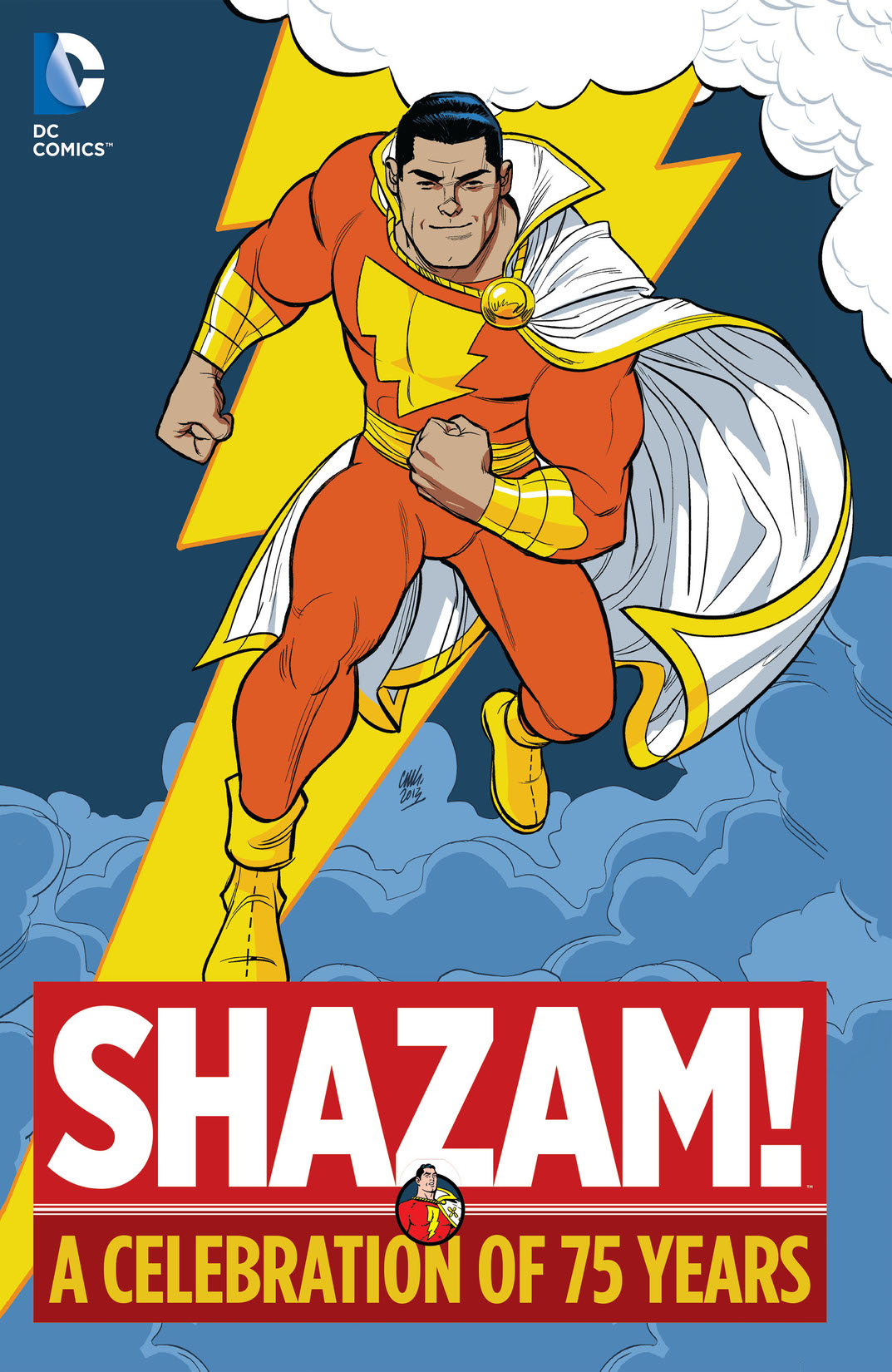 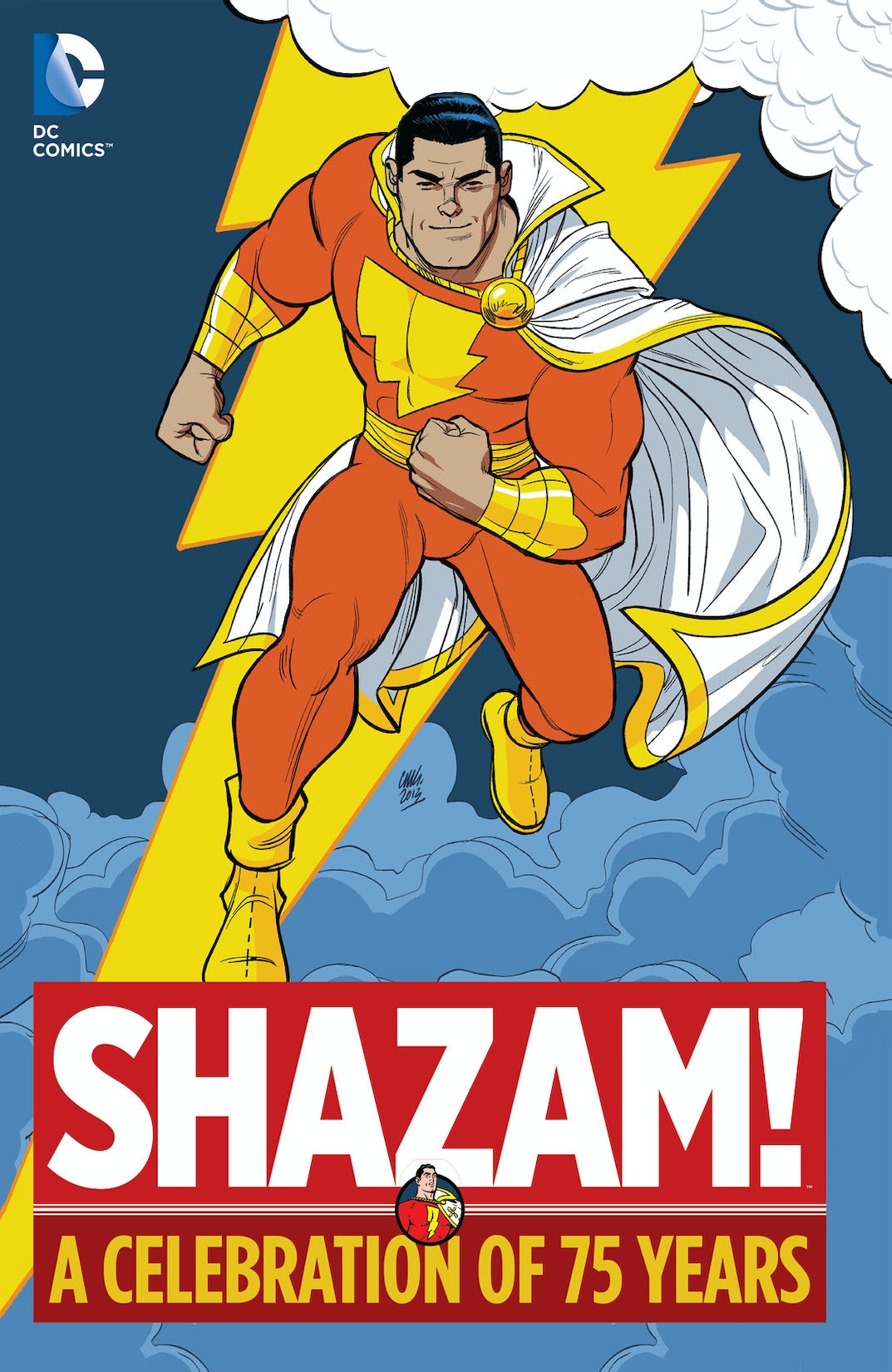 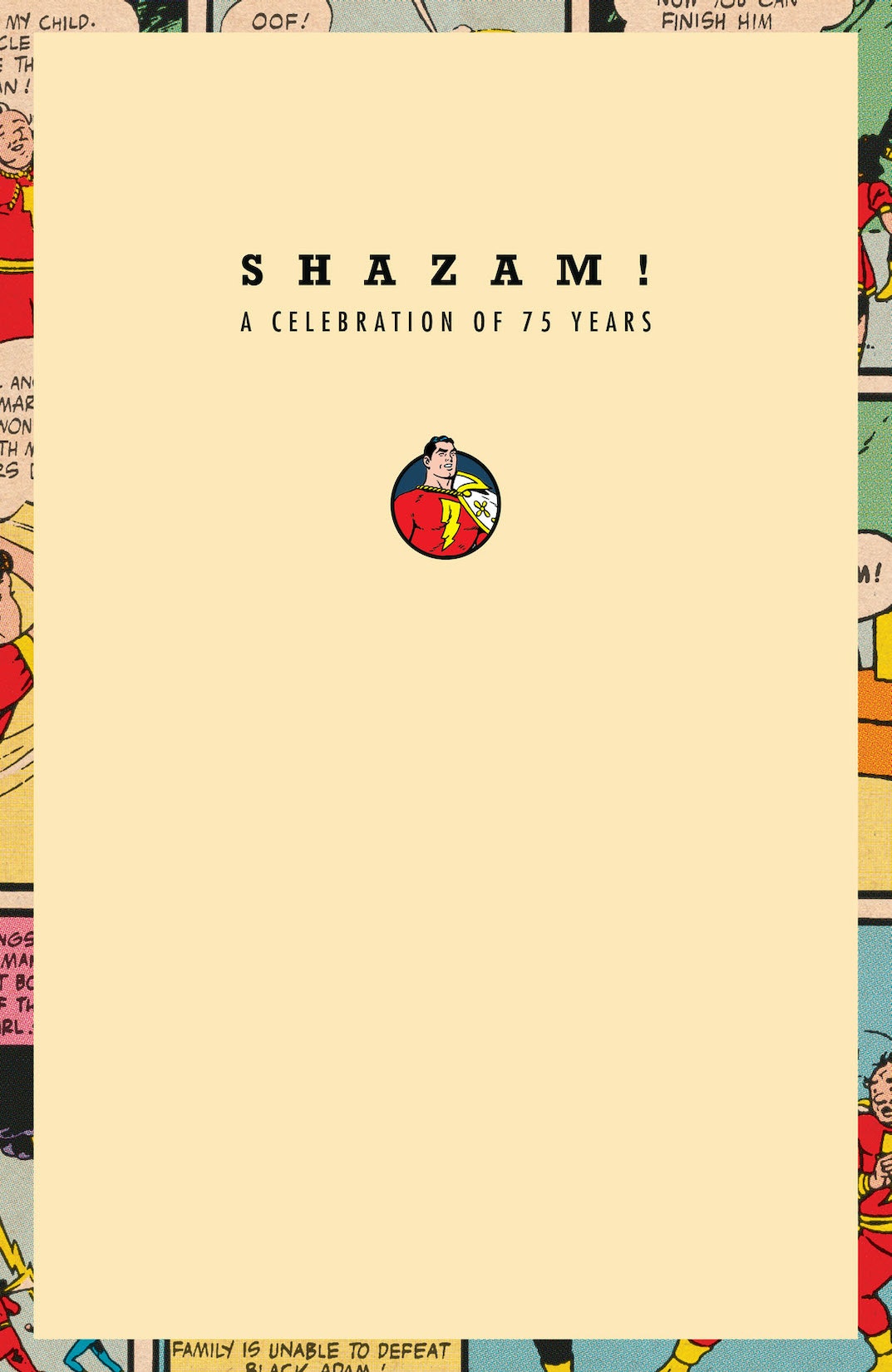 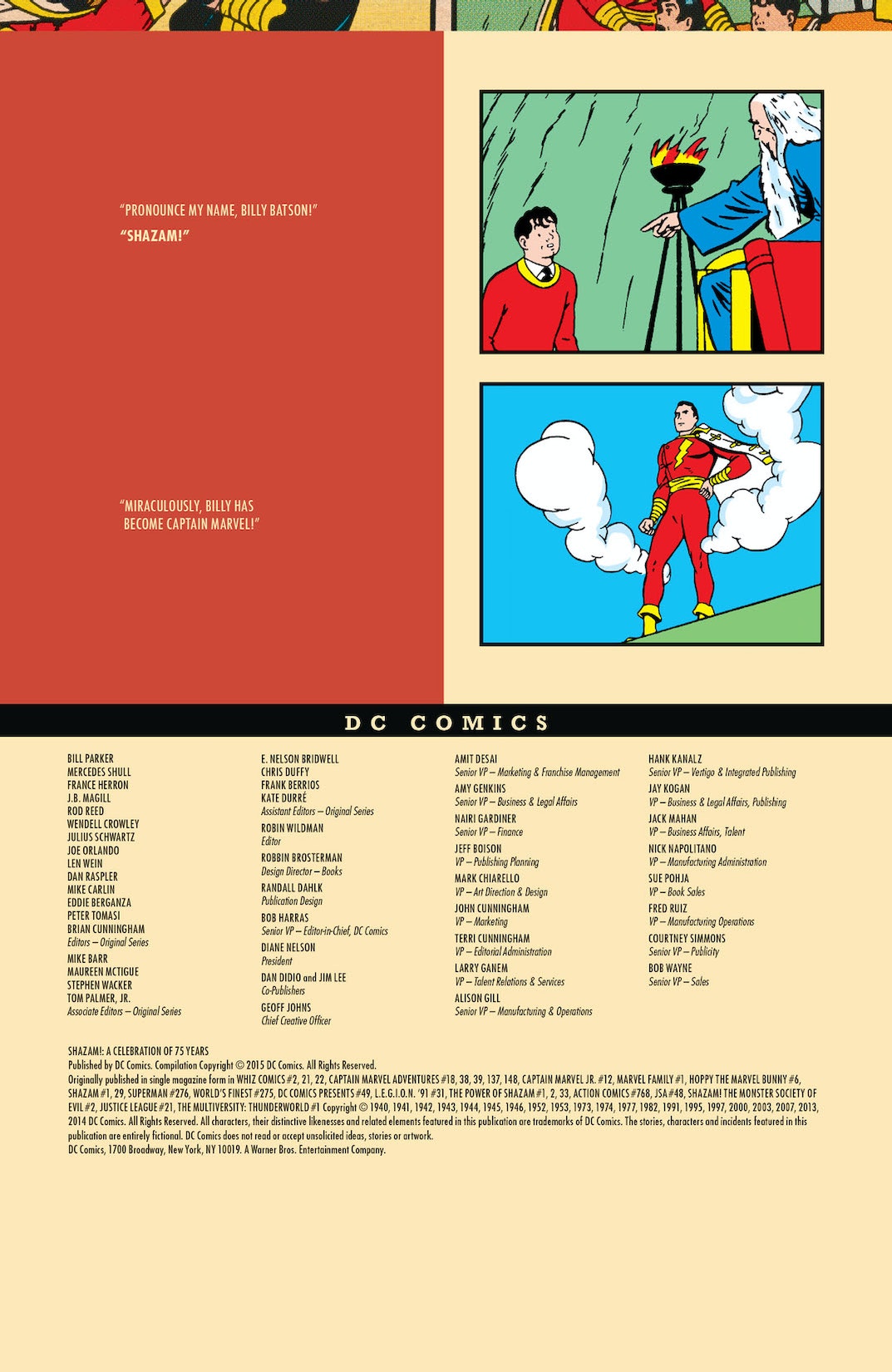 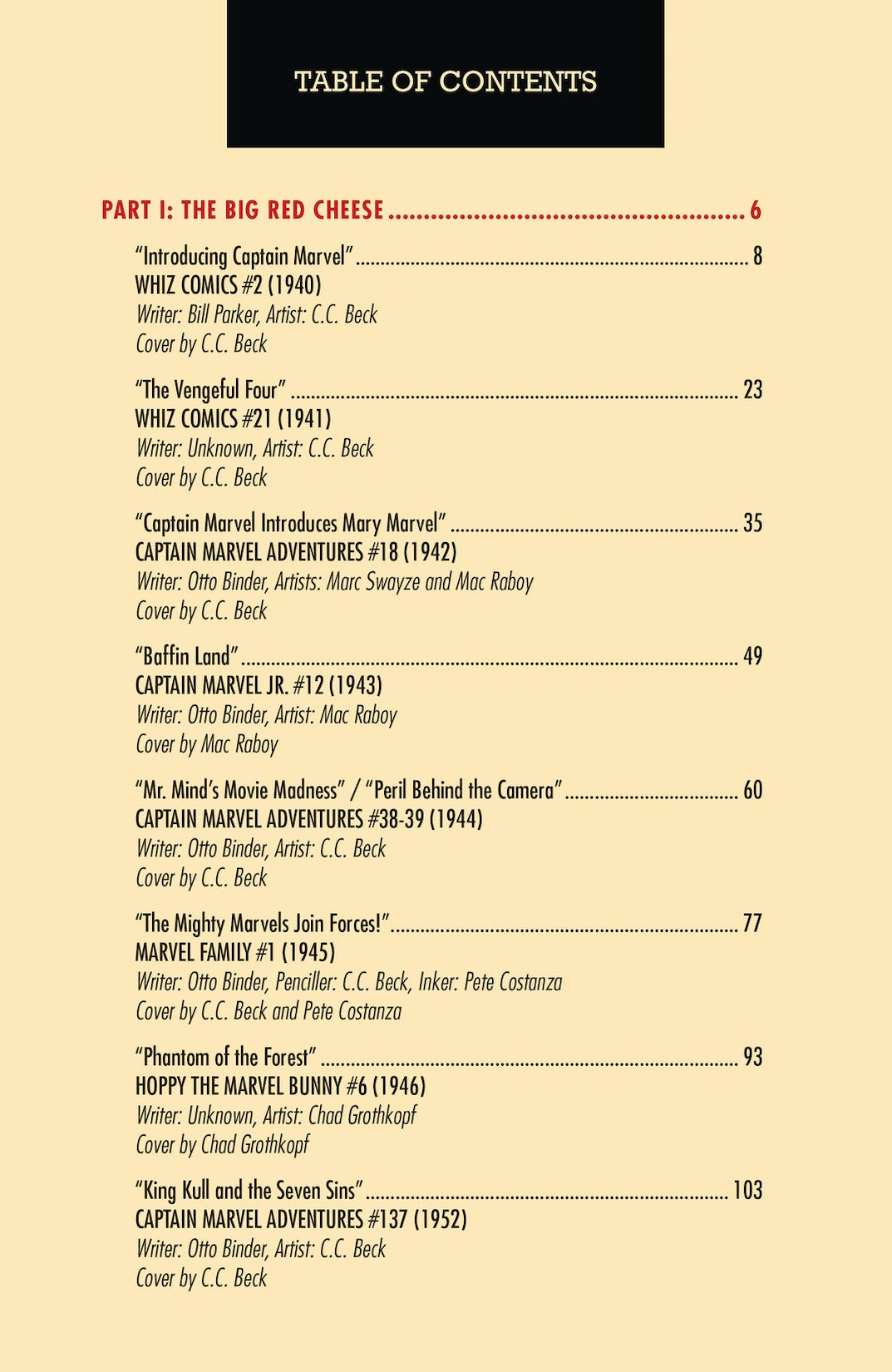 Shazam!: A Celebration of 75 Years

Shazam!: A Celebration of 75 Years

SHAZAM! Since 1940, that magic word has been an inspiration to all. For twelve-year-old newsboy Billy Batson, it meant becoming the World’s Mightiest Mortal! Blessed with the powers of the gods by the wizard Shazam, the beloved super hero has been defending the helpless, righting wrongs and crushing evil for seventy-five years, without ever losing his Golden Age charm. And he’s never had to do it alone — over the years, our hero’s family has grown to include some of the most iconic deputies in comics including Mary Marvel, Captain Marvel Jr., Uncle Marvel, Hoppy the Marvel Bunny and the sometimes ally Black Adam. SHAZAM!: A CELEBRATION OF 75 YEARS includes all of the Big Red Cheese’s shining moments, from his first appearance in WHIZ COMICS to his modern incarnation in DC’s New 52, featuring the talents of Bill Parker, C.C. Beck, Curt Swan, Elliot S. Maggin, Jerry Ordway, Geoff Johns and many, many more.