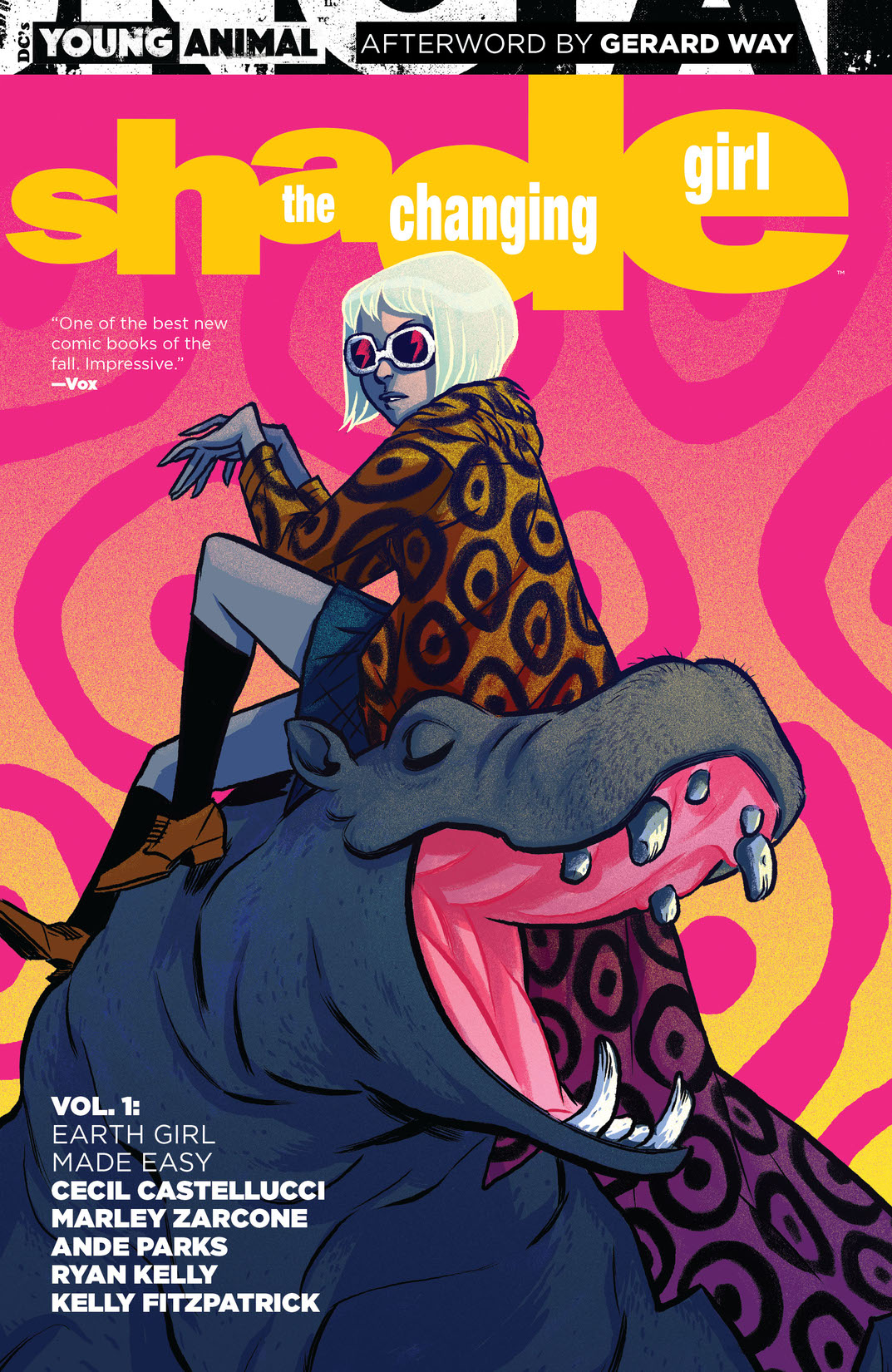 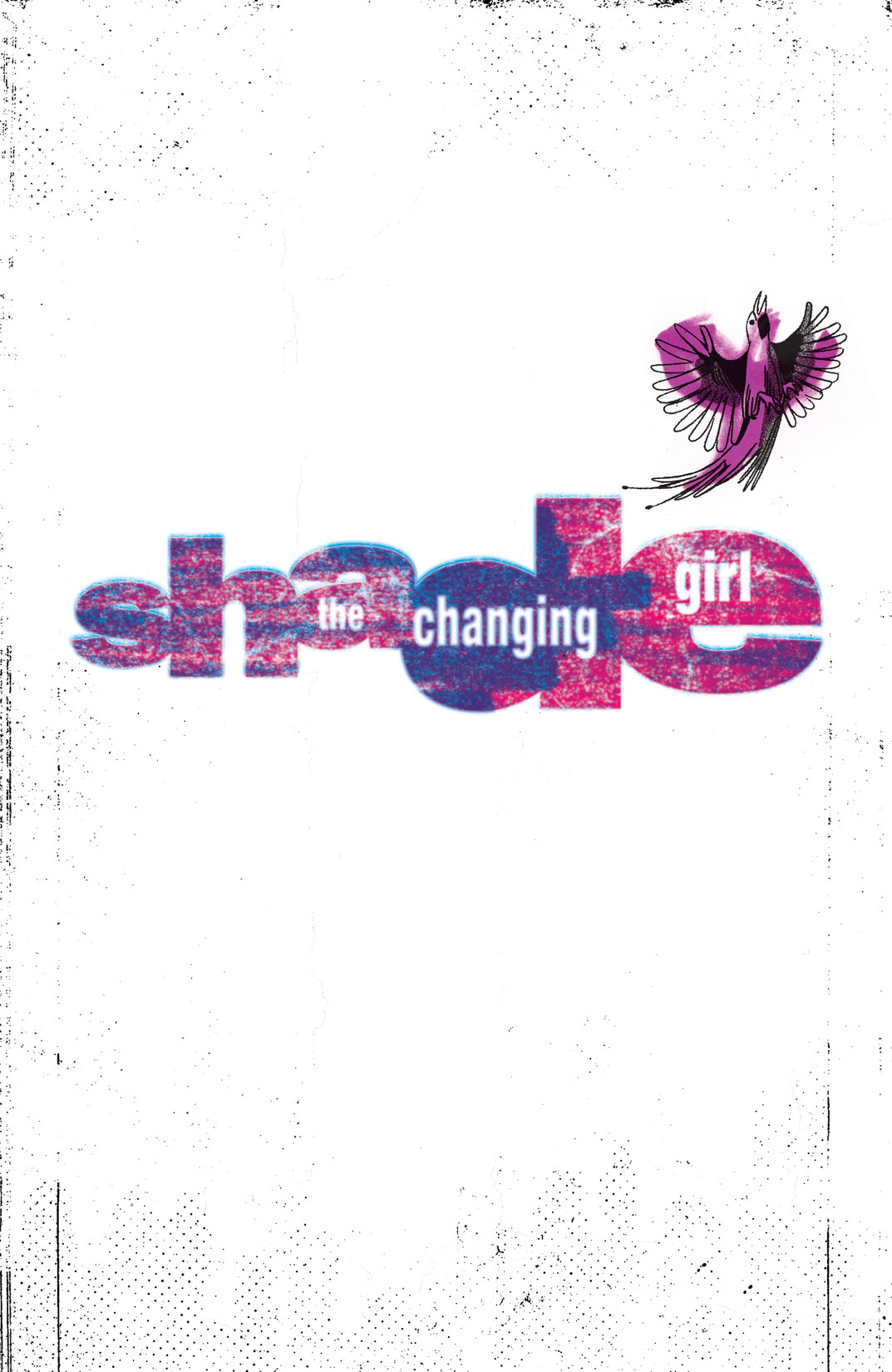 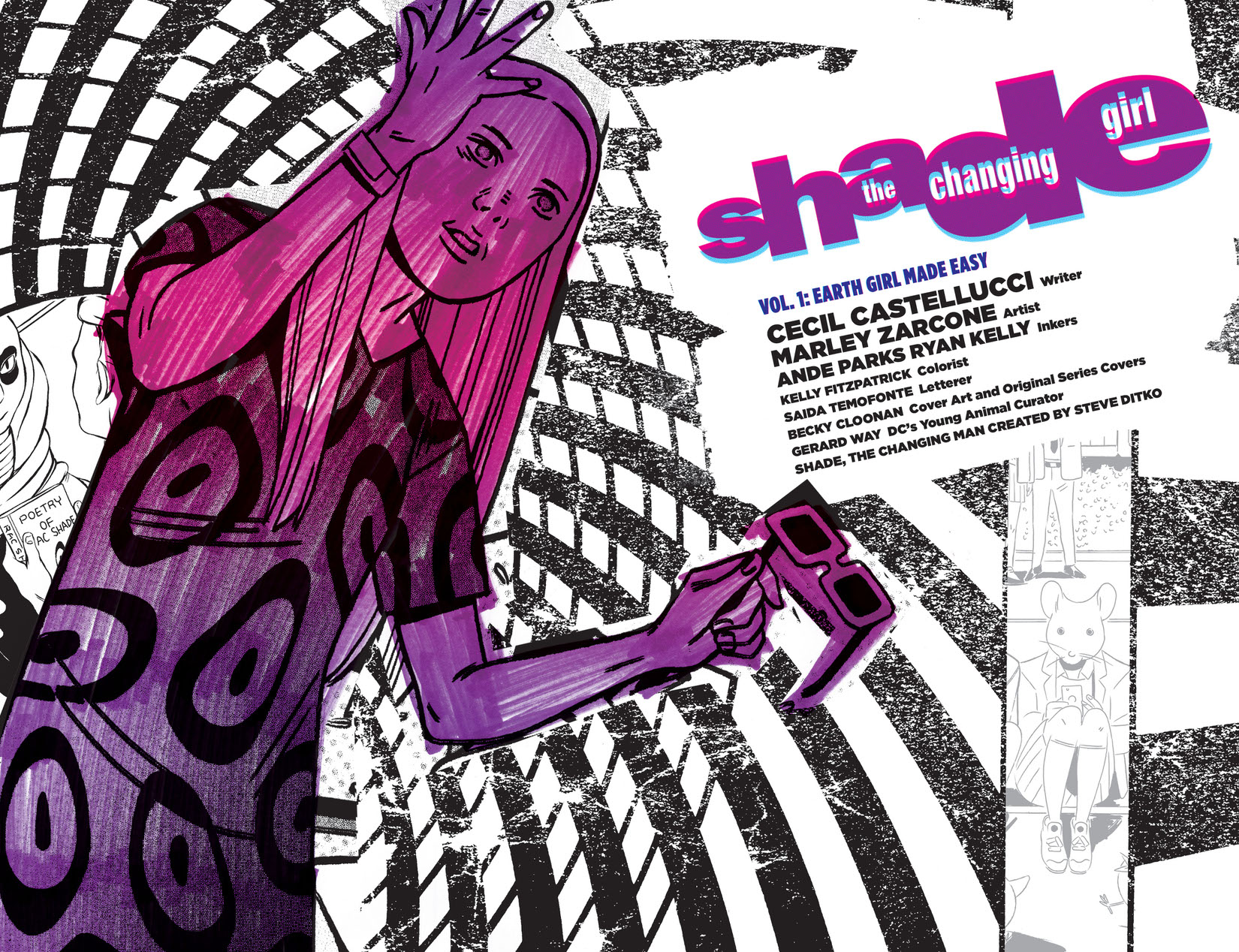 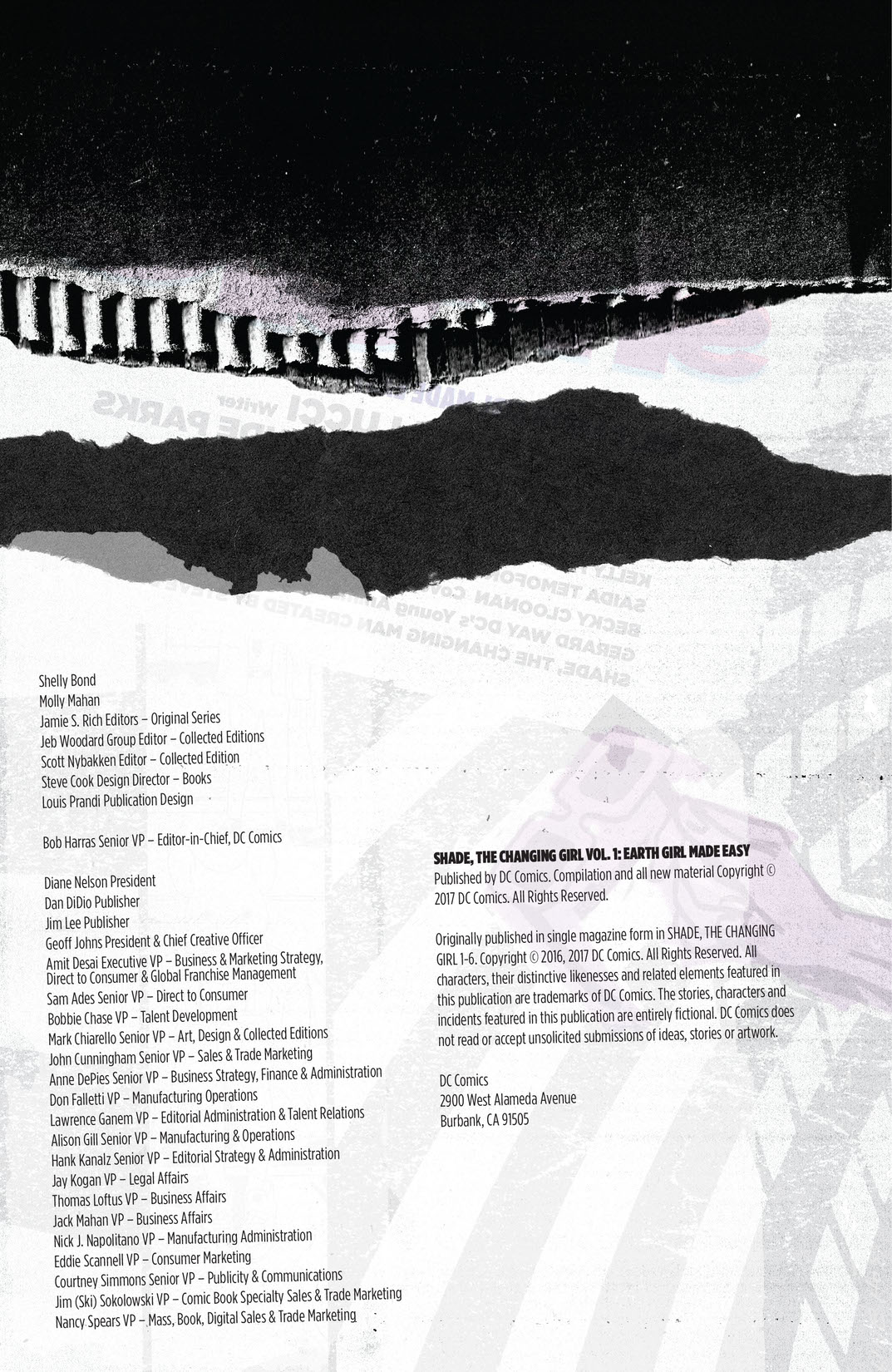 "From writer Cecil Castellucci and artist Marley Zarcone, SHADE, THE CHANGING GIRL VOL. 1: EARTH GIRL MADE EASY—a bold new reimagining of one of comics’ maddest and most memorable characters and part of the DC’s Young Animal imprint led by rock-star Gerard Way. Loma Shade may be from another planet, but she’s still like every other twenty something who feels that their life is going nowhere fast. Bored out of her mind, her solution is to drop out of school, dump her boyfriend and leave her homeworld of Meta behind—courtesy of the infamous “madness coat” of renegade poet Rac Shade, which is not so much a garment as it is a multidimensional gateway. After stealing the coat and astrally projecting herself across space, Loma ends up in the body of Megan Boyer, an Earth girl who seems to have it all: youth, beauty and a conveniently damaged brain. Following her “miraculous” recovery, however, Loma finds there’s just one problem with being Megan: Everyone hates her. She was a bully who terrorized her enemies and her friends alike, and now Loma’s stuck with the consequences. To make matters worse, back on Meta there are dark forces that want Rac’s dangerously valuable coat for their own nefarious purposes, and they’re closing in on Loma’s vulnerable physical body. At the same time, the primal madness that the coat channels is slowly, irresistibly eroding Loma’s equally vulnerable soul. With two new lives to live, can this Changing Girl survive either one without losing her mind? Find out in SHADE, THE CHANGING GIRL VOL. 1: EARTH GIRL MADE EASY. Collects issues #1-6."