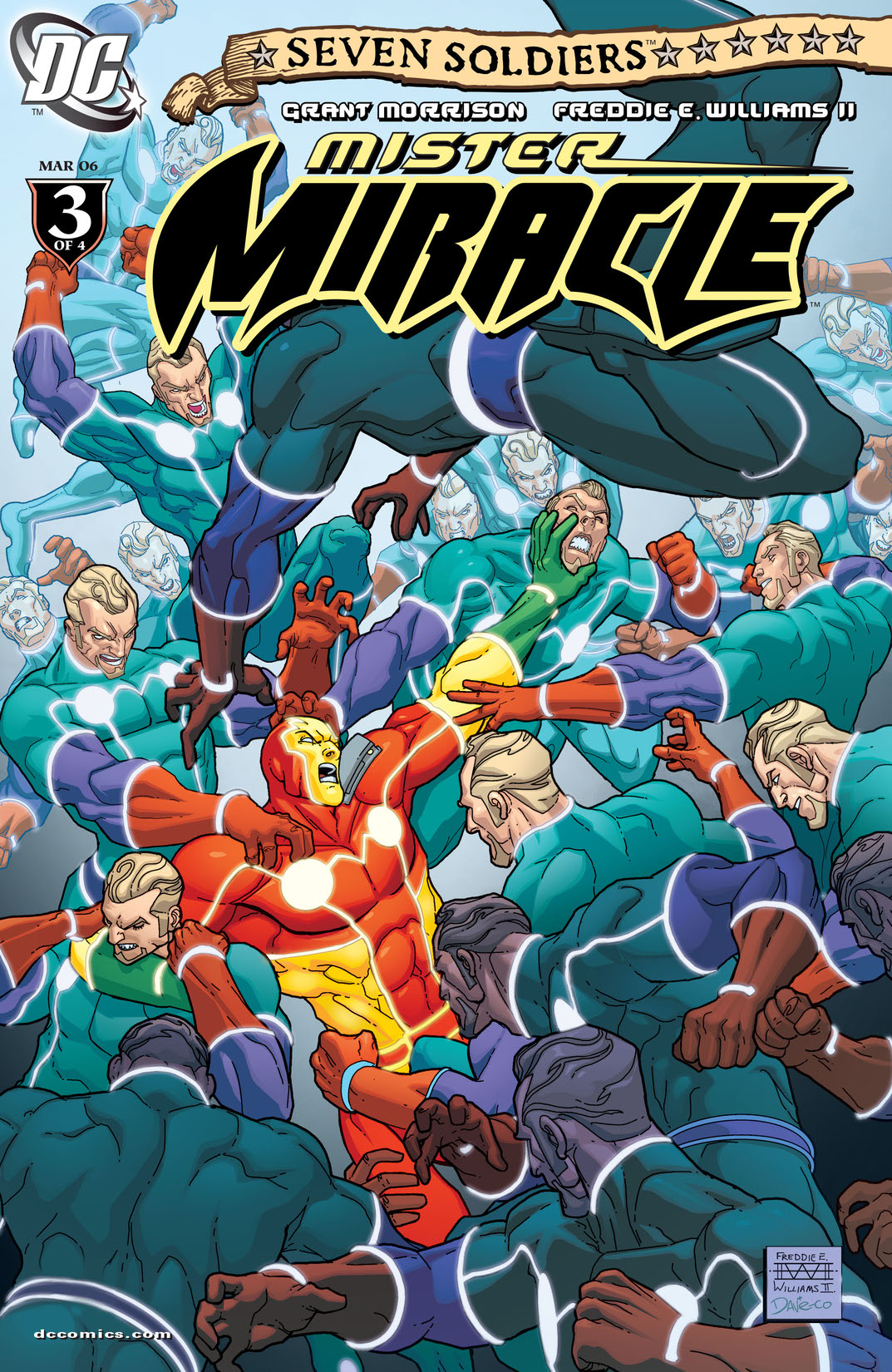 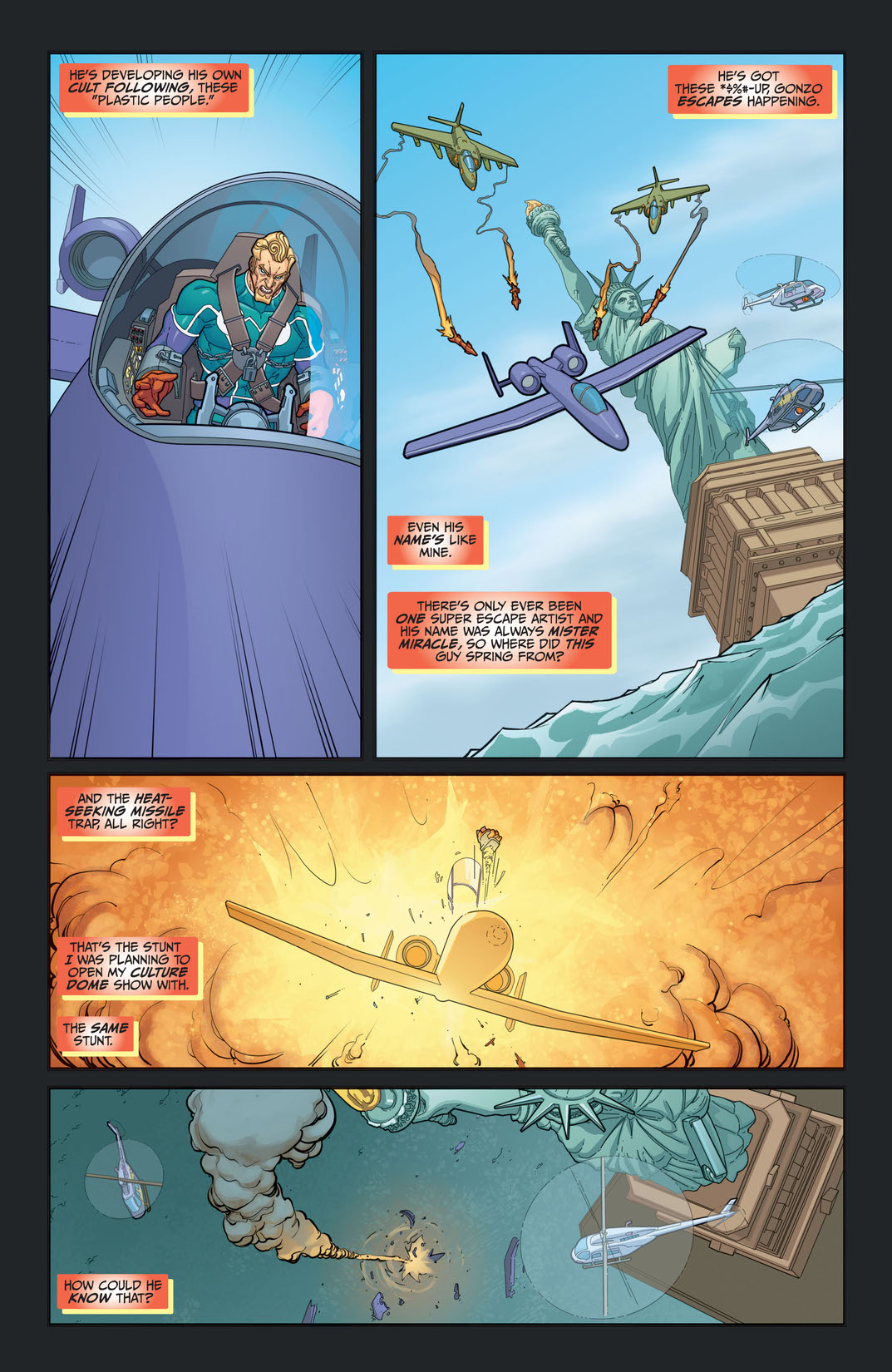 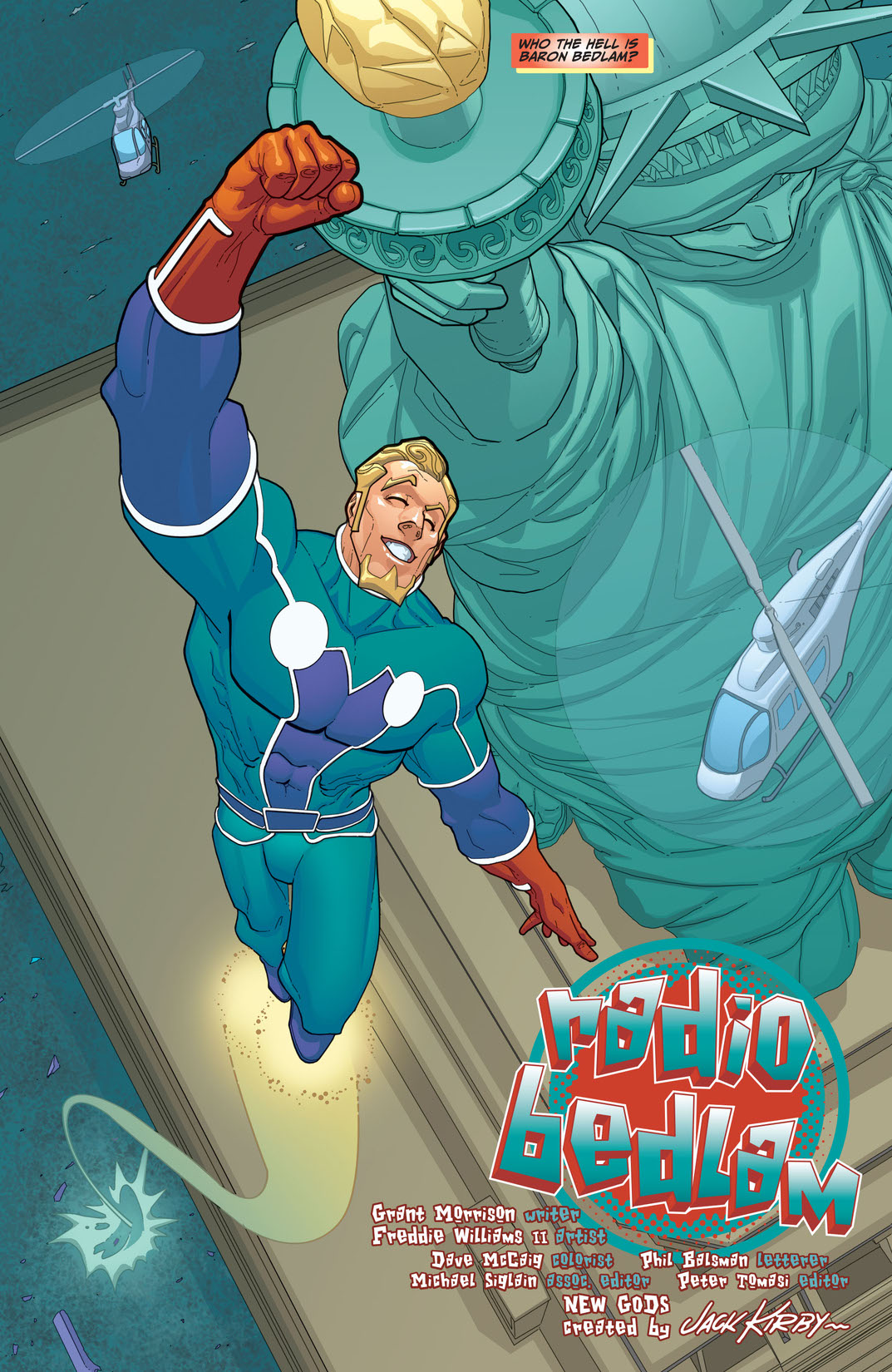 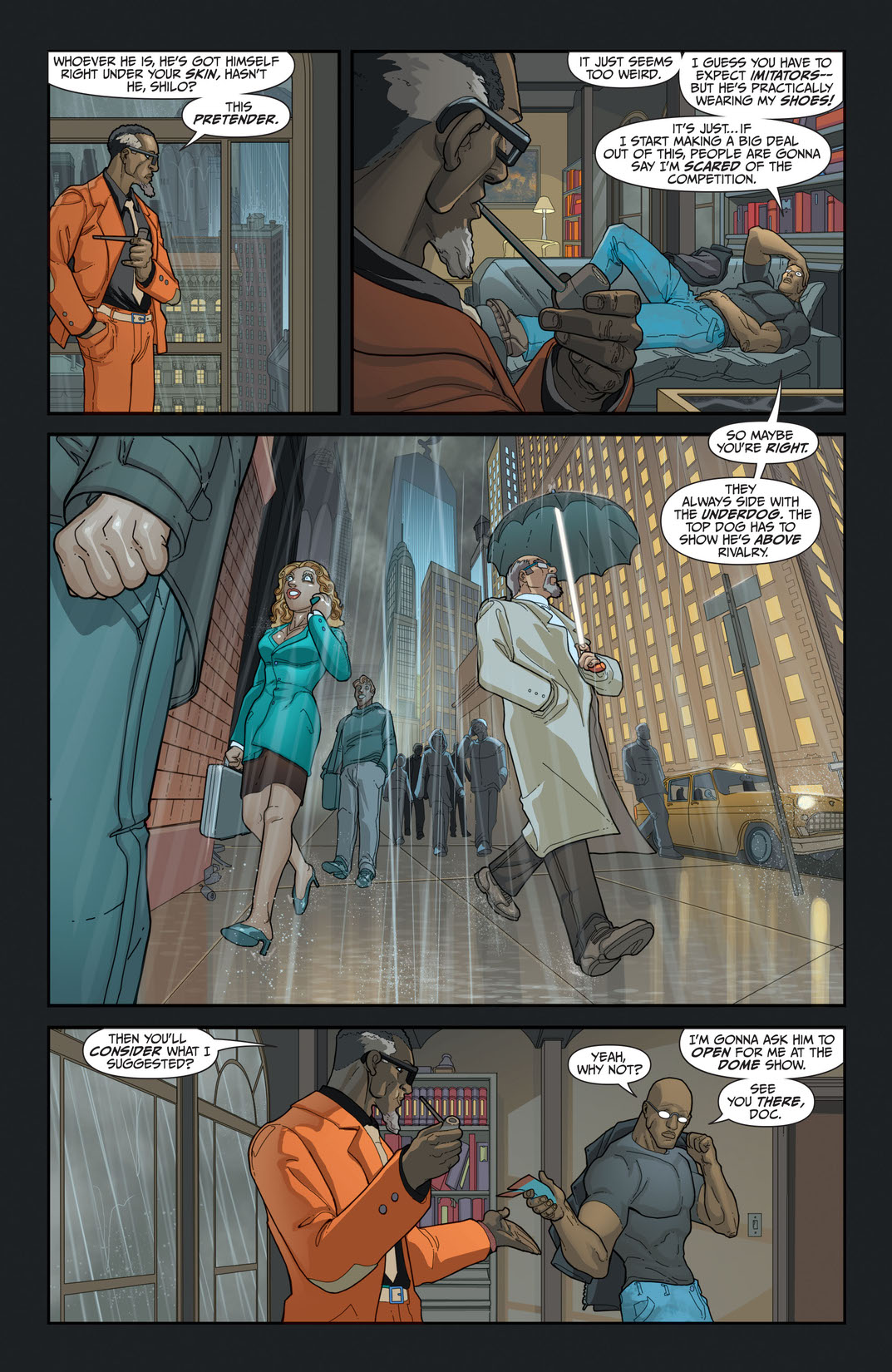 Baron Bedlam is here to steal Mister Miracle's thunder with a death-defying act that must be seen to be believed! What is the secret of the Living Waveform? Who are the Plastic People? Shilo Norman faces the dark night of the soul when he finally confronts Dark Side!