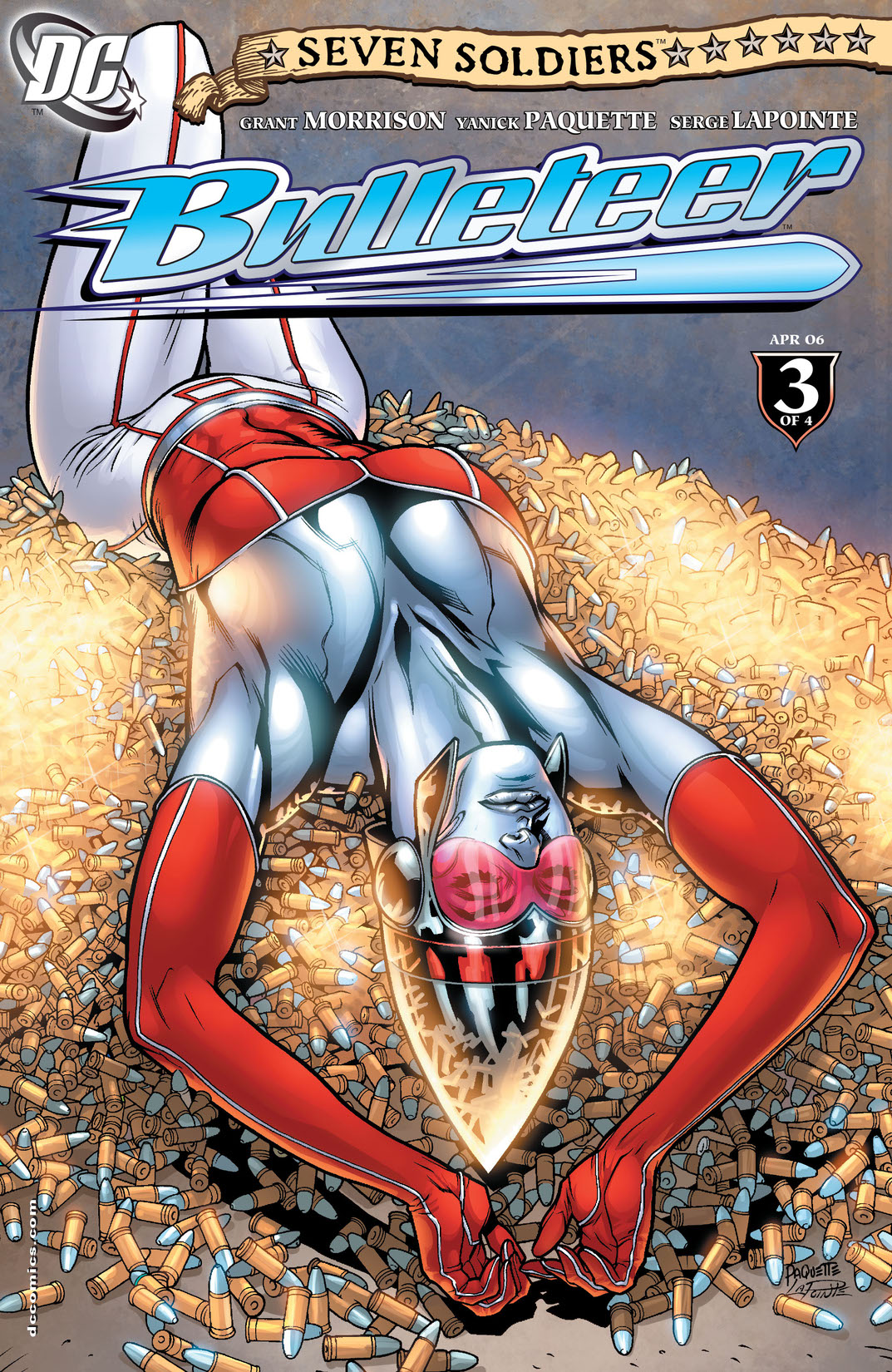 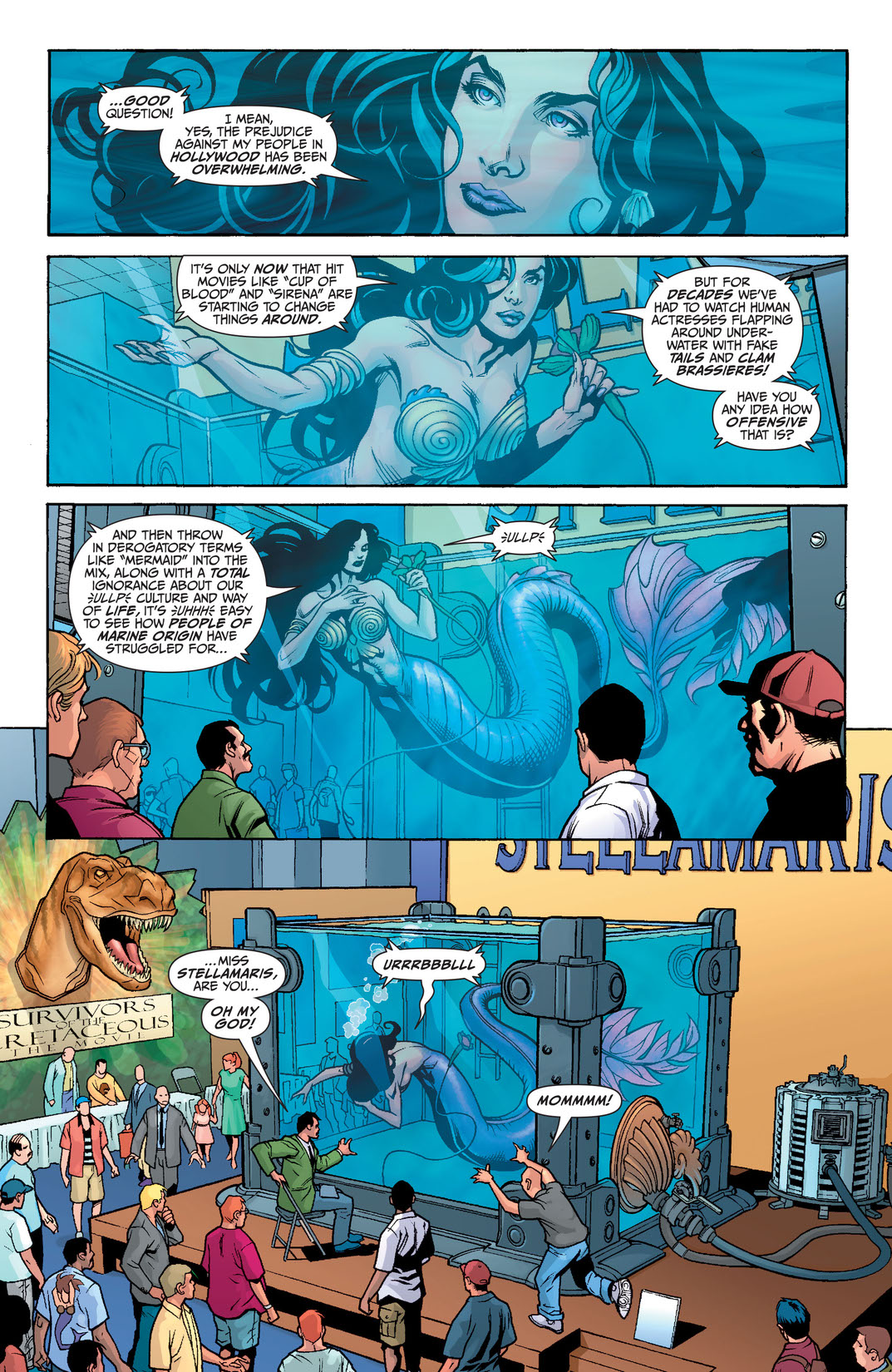 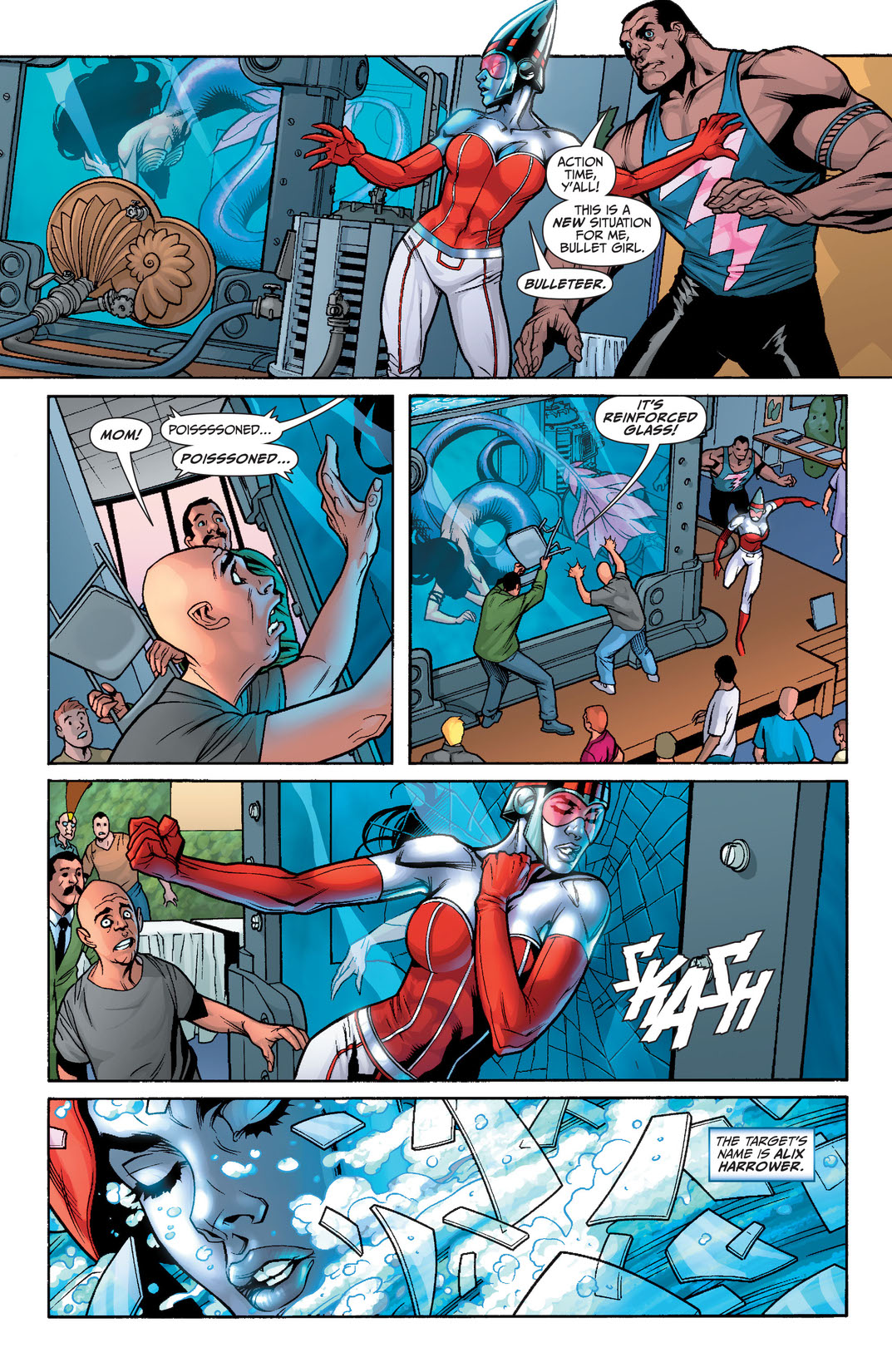 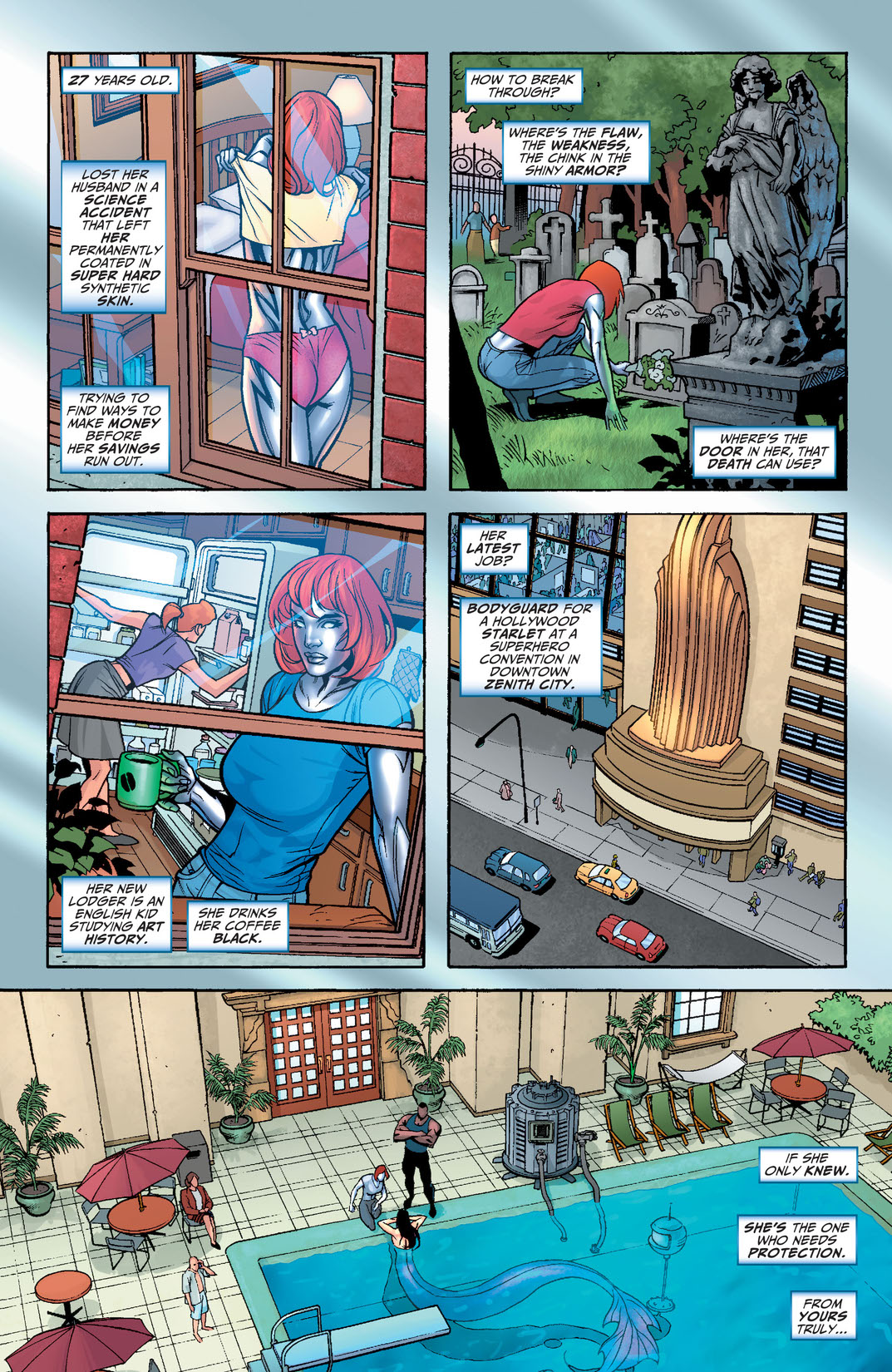 Working as a bodyguard at a super-hero convention, the Bulleteer finds herself enmeshed in the bizarre relationship between Li'l Hollywood, a faded super-impressionist, and her sidekick. As one tragedy unfolds, a second threatens when Alix finds herself in the sights of an undead super-archer!