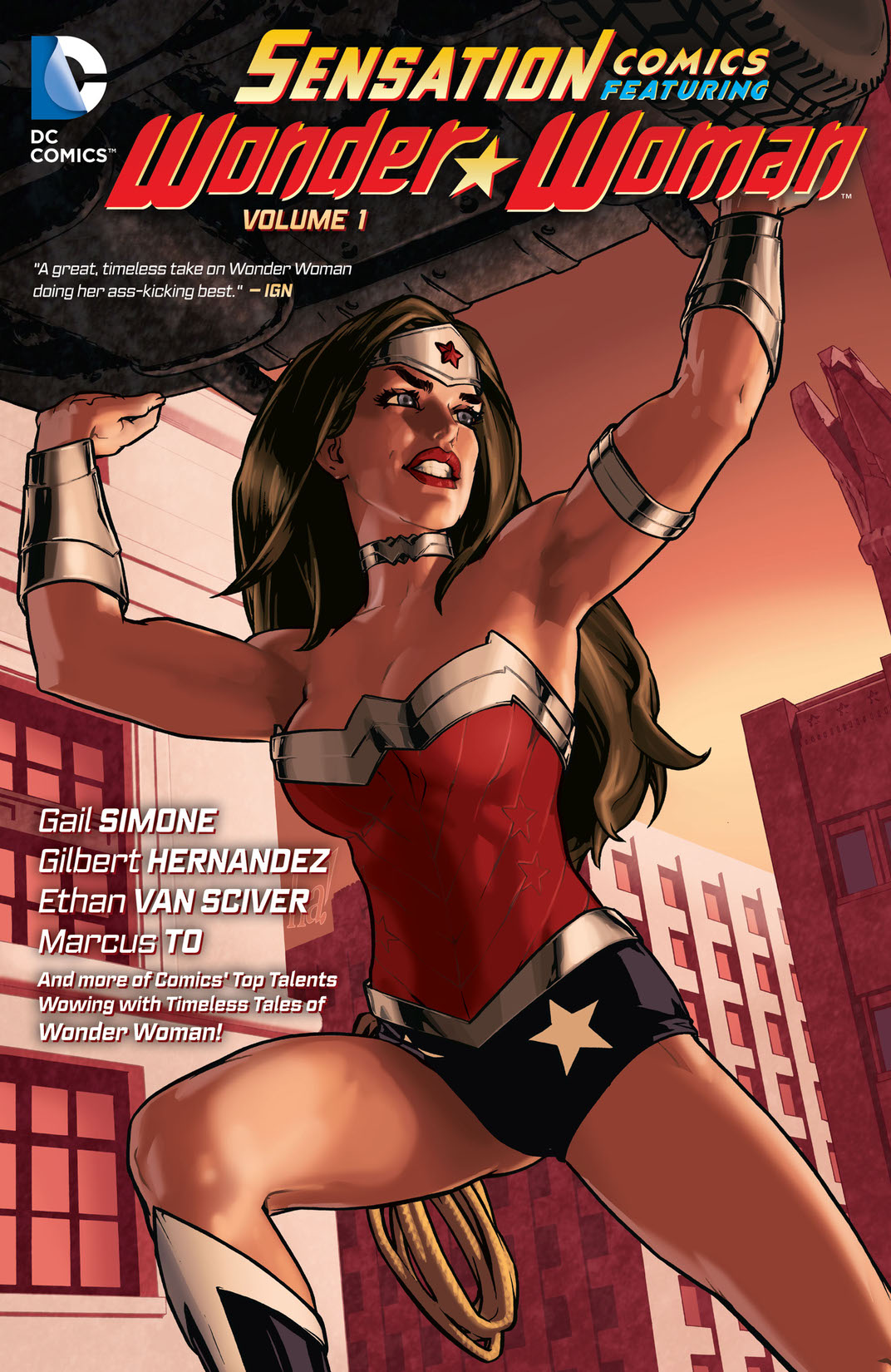 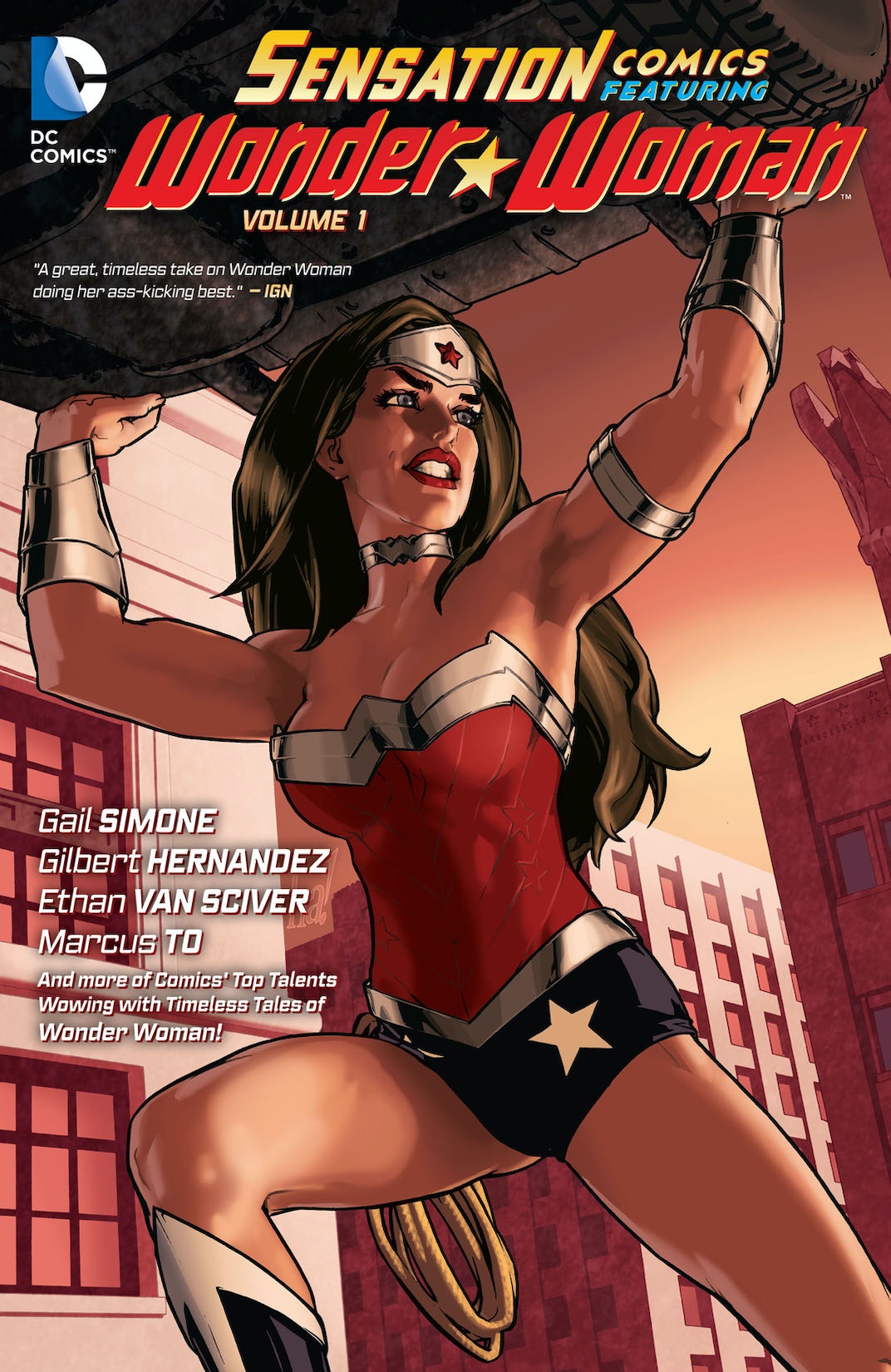 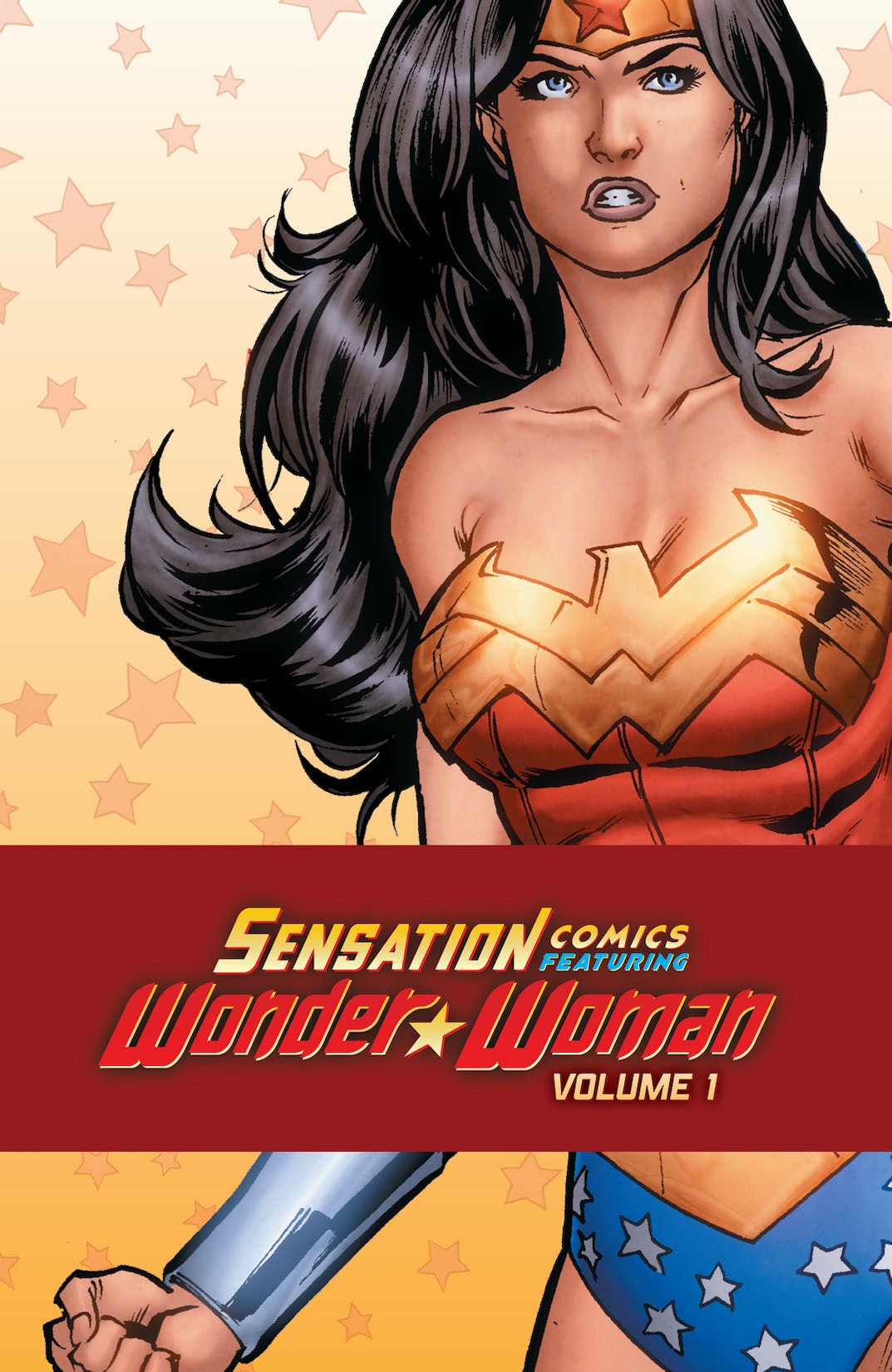 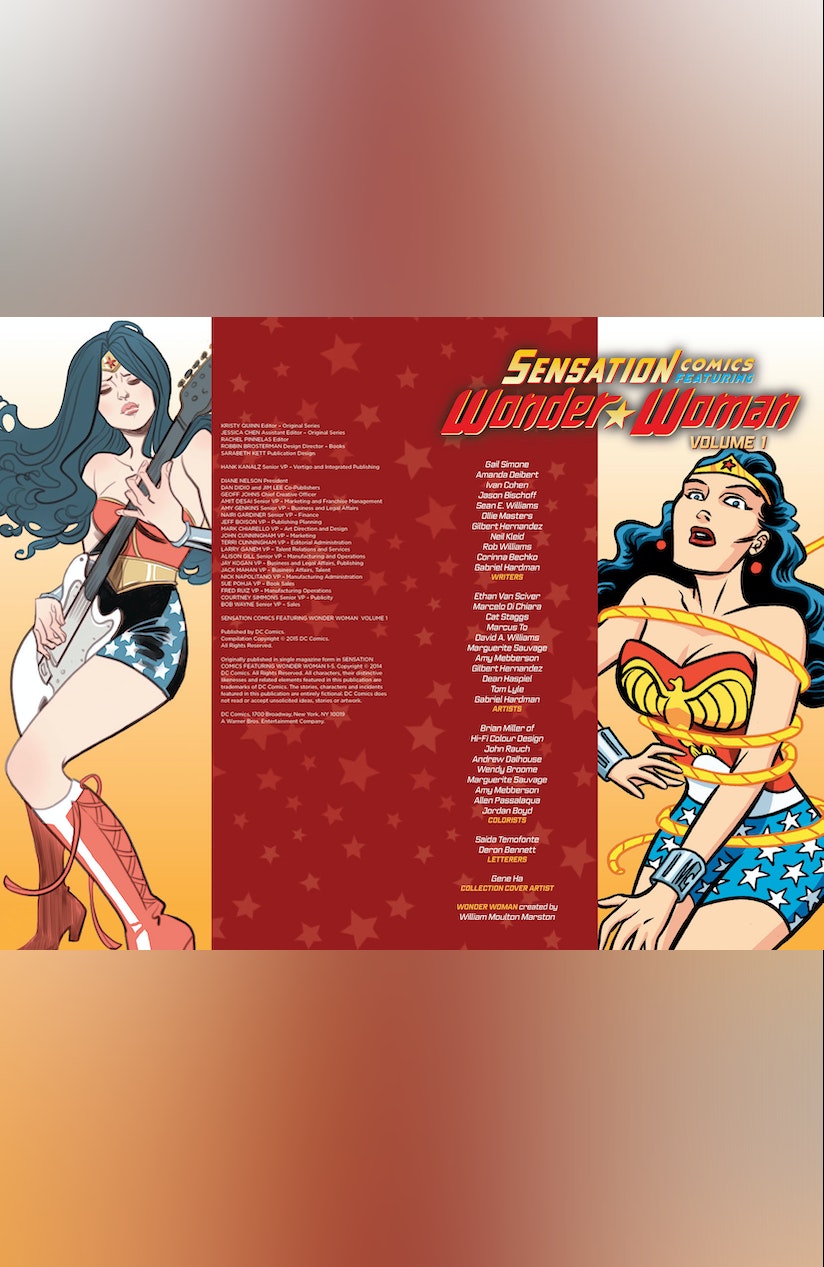 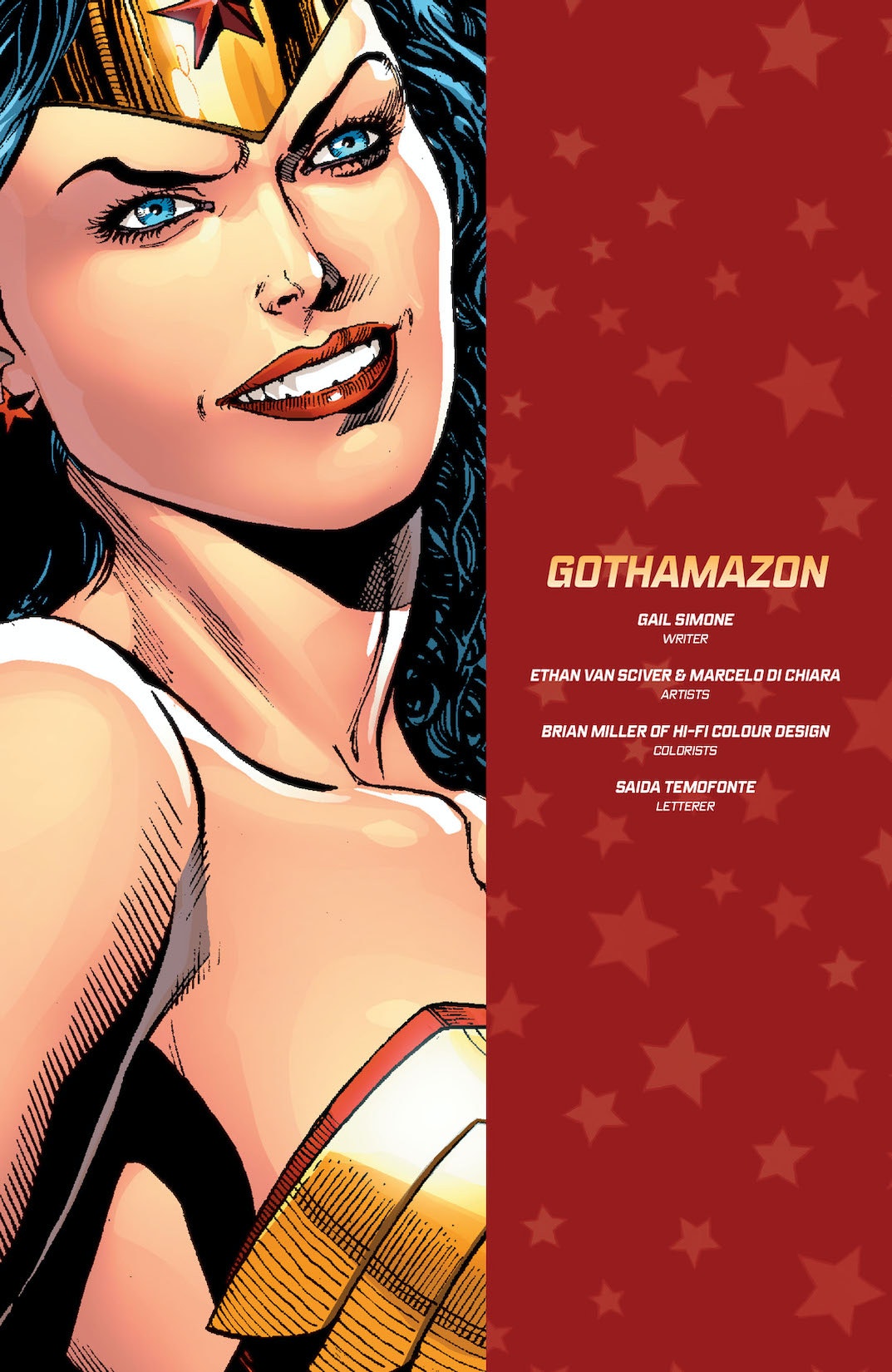 When an unholy alliance of Arkham Asylum's worst criminals clips the Batman's wings and takes over Gotham City, she's there to take back the night! When alien masterminds menace the mighty young superheroines known as Supergirl and Mary Marvel, she's there to lead them to victory! When her enemies strike with the speed of the Cheetah, the sorcery of Circe, and the hypno-horror of Doctor Psycho, she's there to bring them to justice! She is Diana—Princess of Themiscyra, founder of the Justice League, ambassador for peace, and warrior for women everywhere. She is Wonder Woman—and in SENSATION COMICS, she's taking a turn in the spotlight with comics' biggest talents! From DC Comics superstars Gail Simone (BATGIRL, SECRET SIX) and Ethan Van Sciver (GREEN LANTERN, FLASH: REBIRTH) to comics legend Gilbert Hernandez (Love and Rockets) and beyond, SENSATION COMICS FEATURING WONDER WOMAN VOL. 1 (collects issues #1-5) features the industry's best writers and artists putting their own unique spin on comics' greatest superheroine in stories that longtime fans and newcomers alike will love!