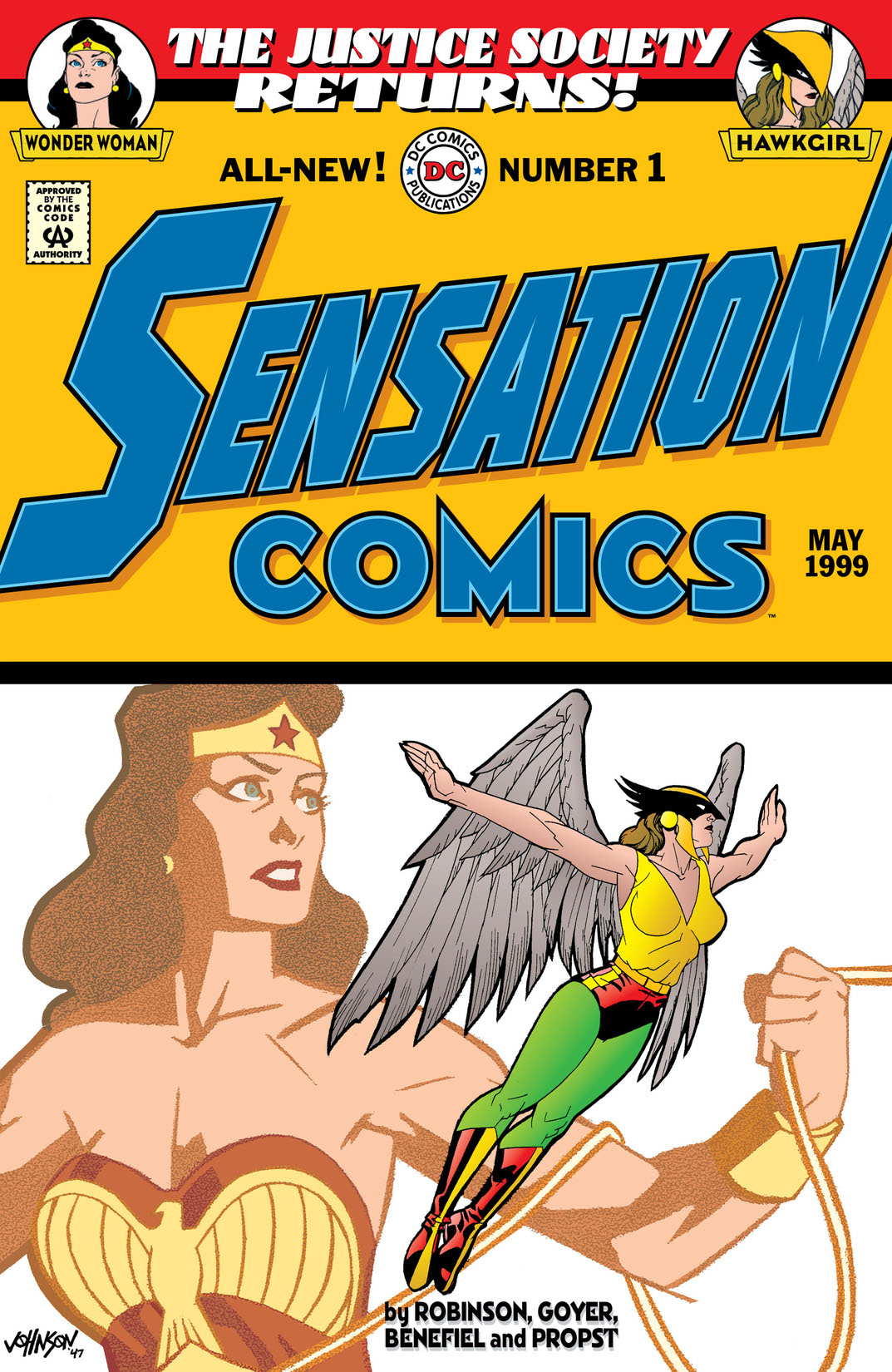 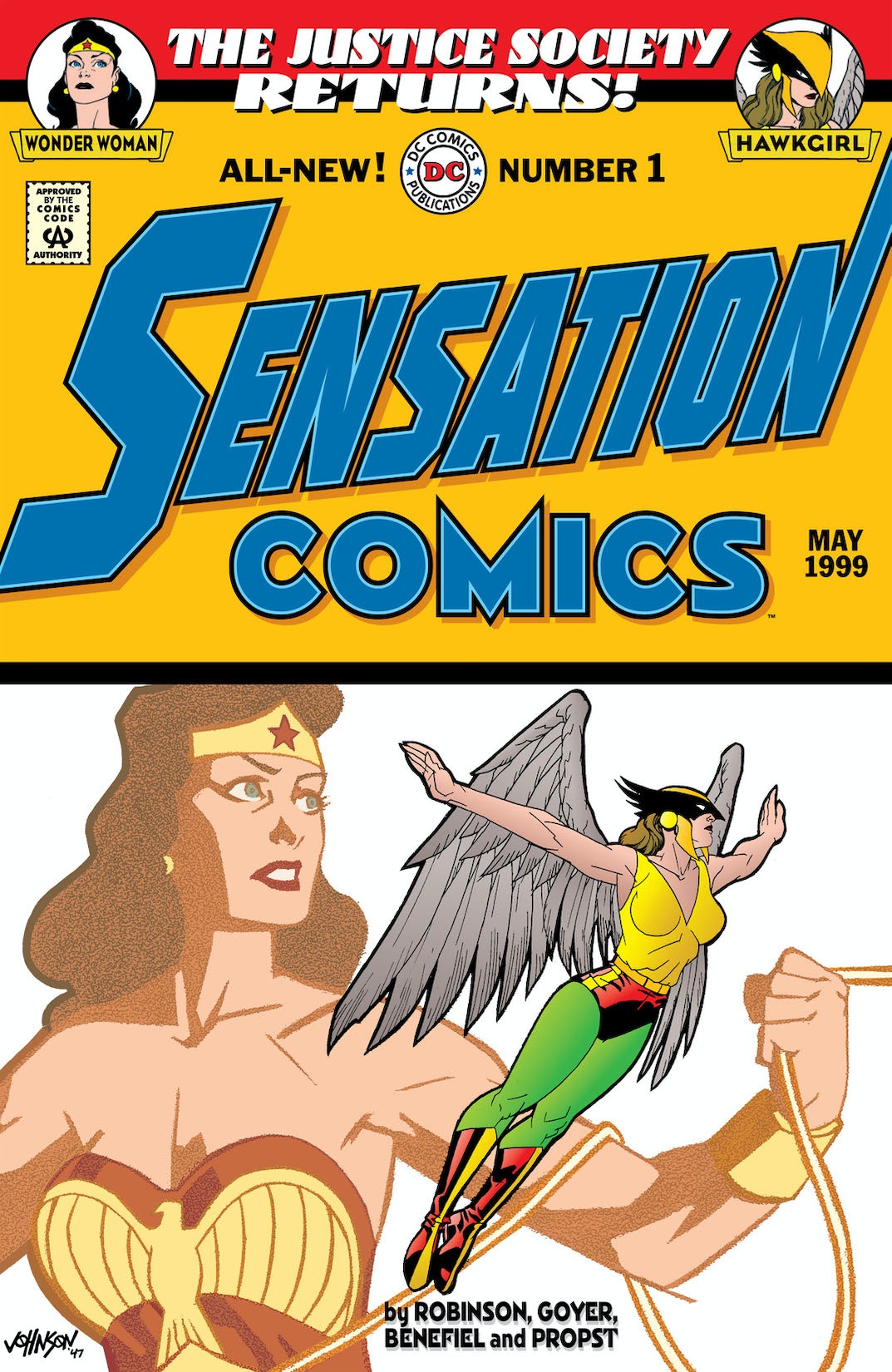 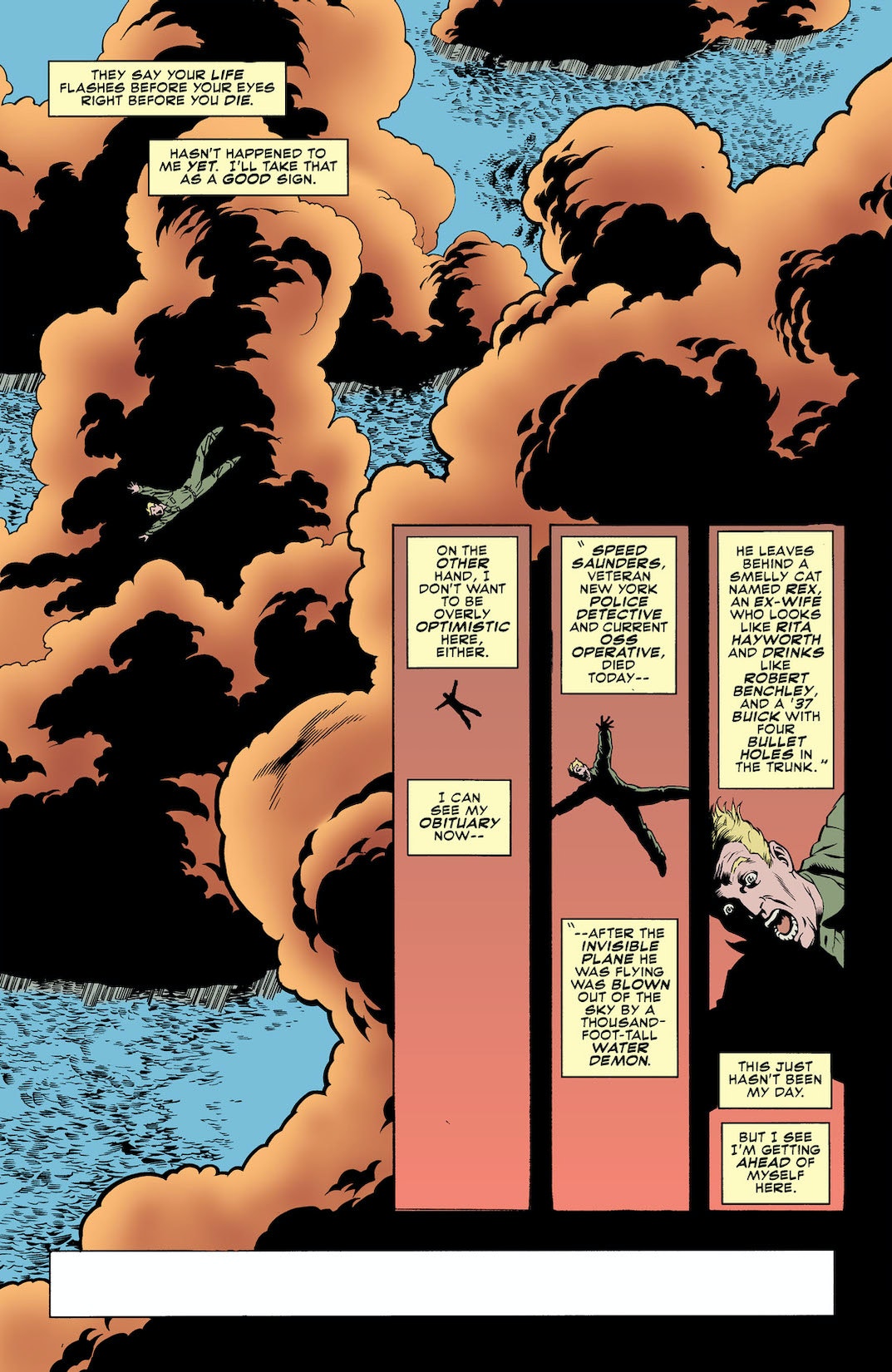 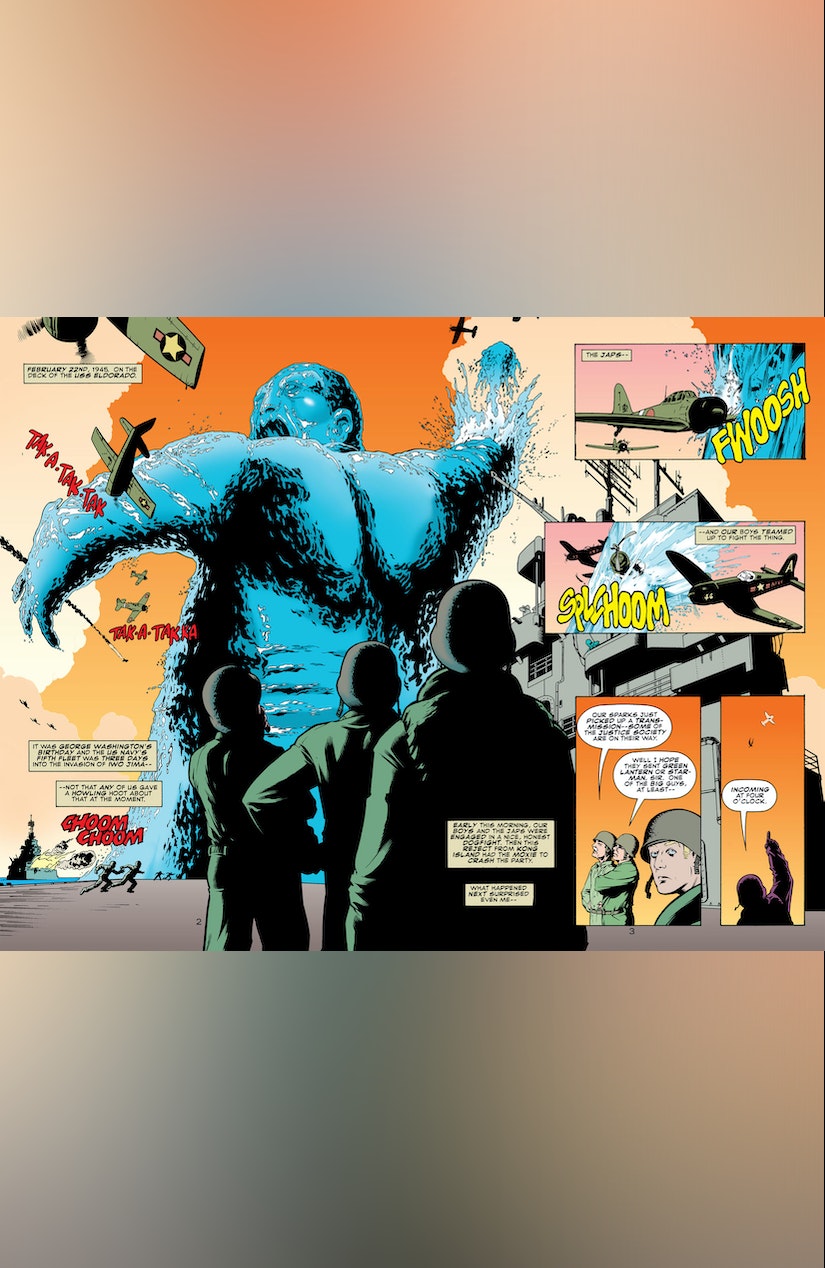 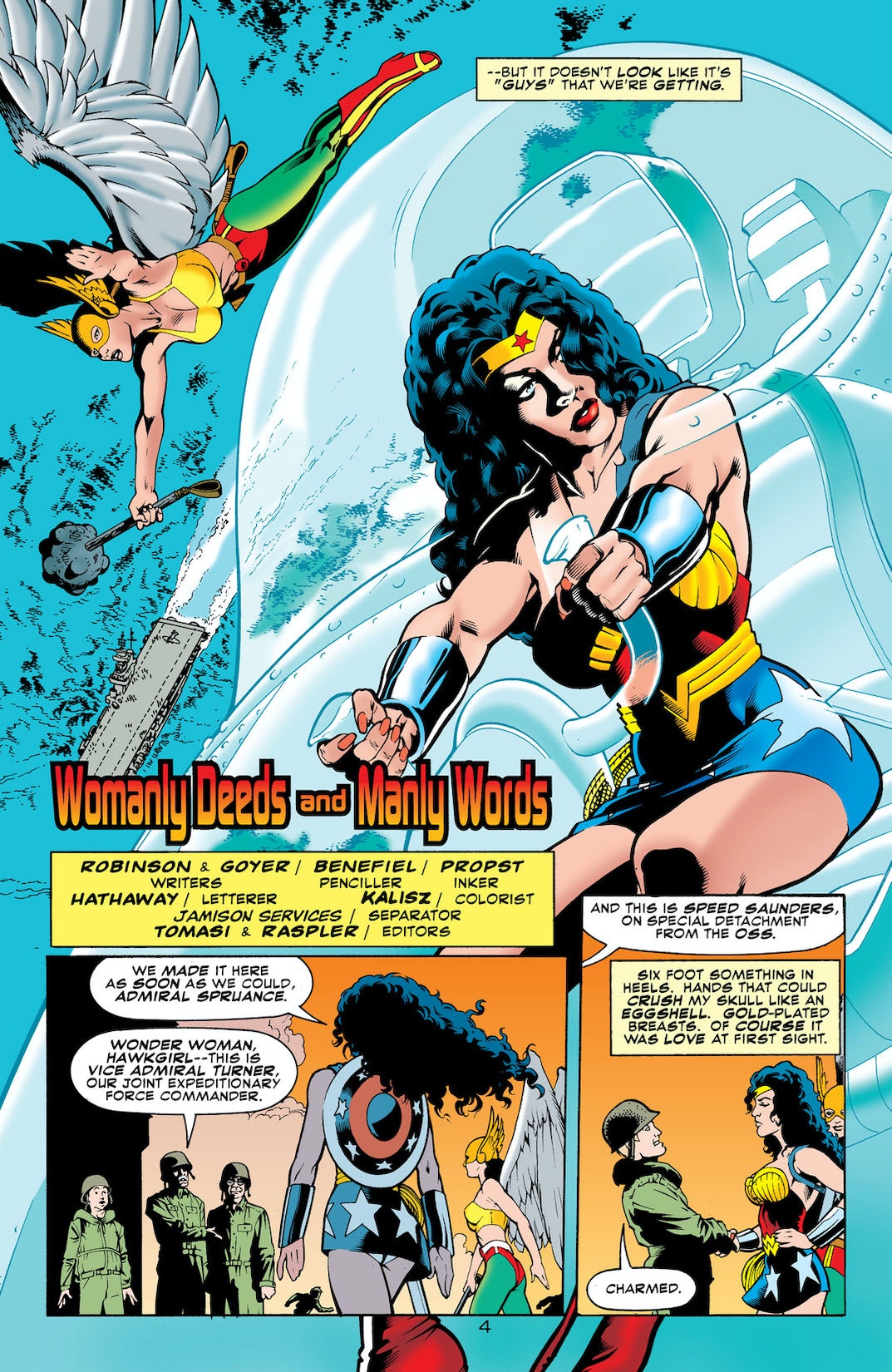 Wonder Woman and Hawkgirl fight in the Pacific hell known as Iwo Jima, where one of Stalker's Seven is causing so much indiscriminate bloodshed that American and Japanese forces have, for the moment, put aside their differences to battle this arcane invader. With this minion of Stalker threatening to cause a cataclysm across the Pacific Rim's chain of volcanoes, can our battling beauties reign in his awesome power?