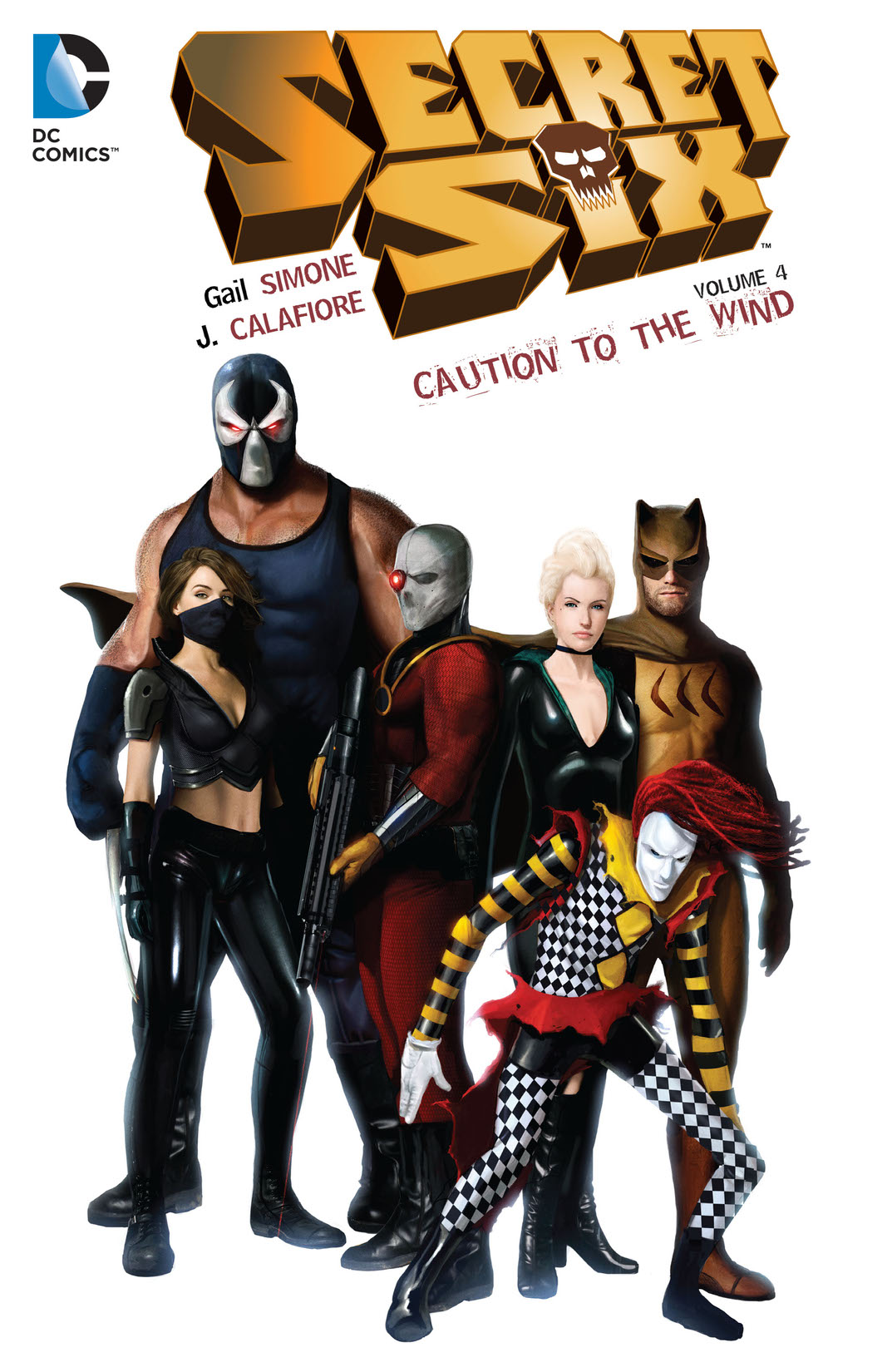 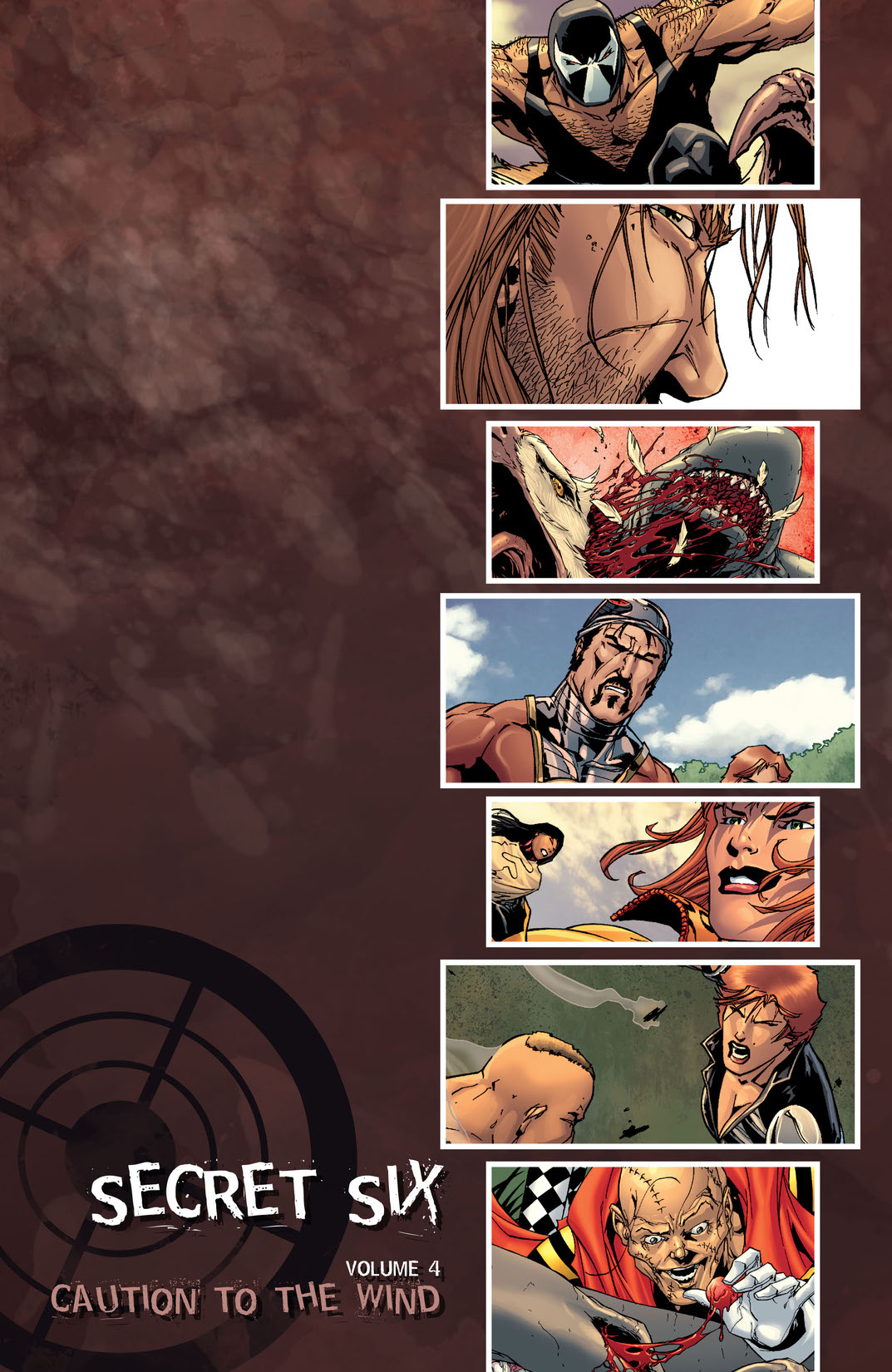 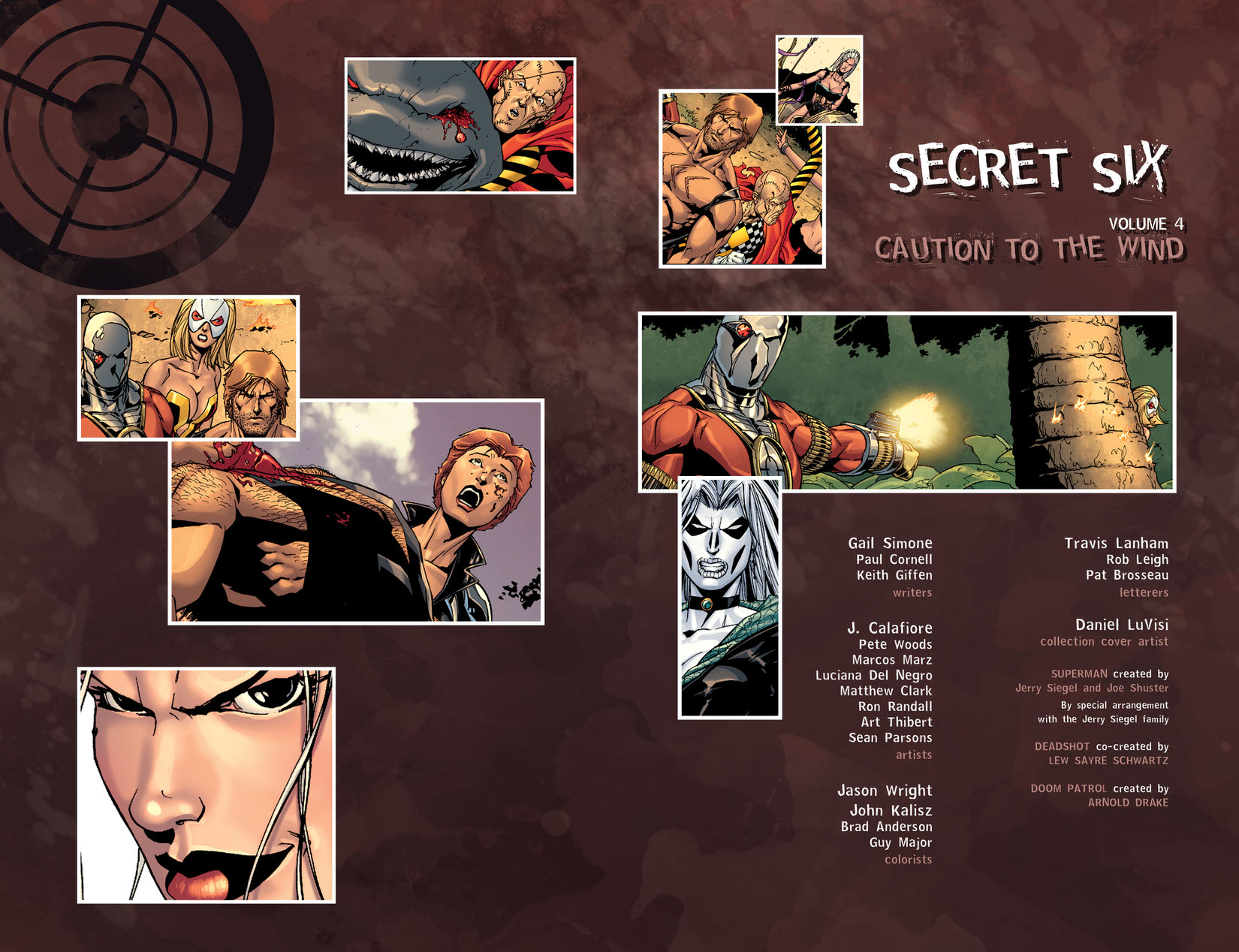 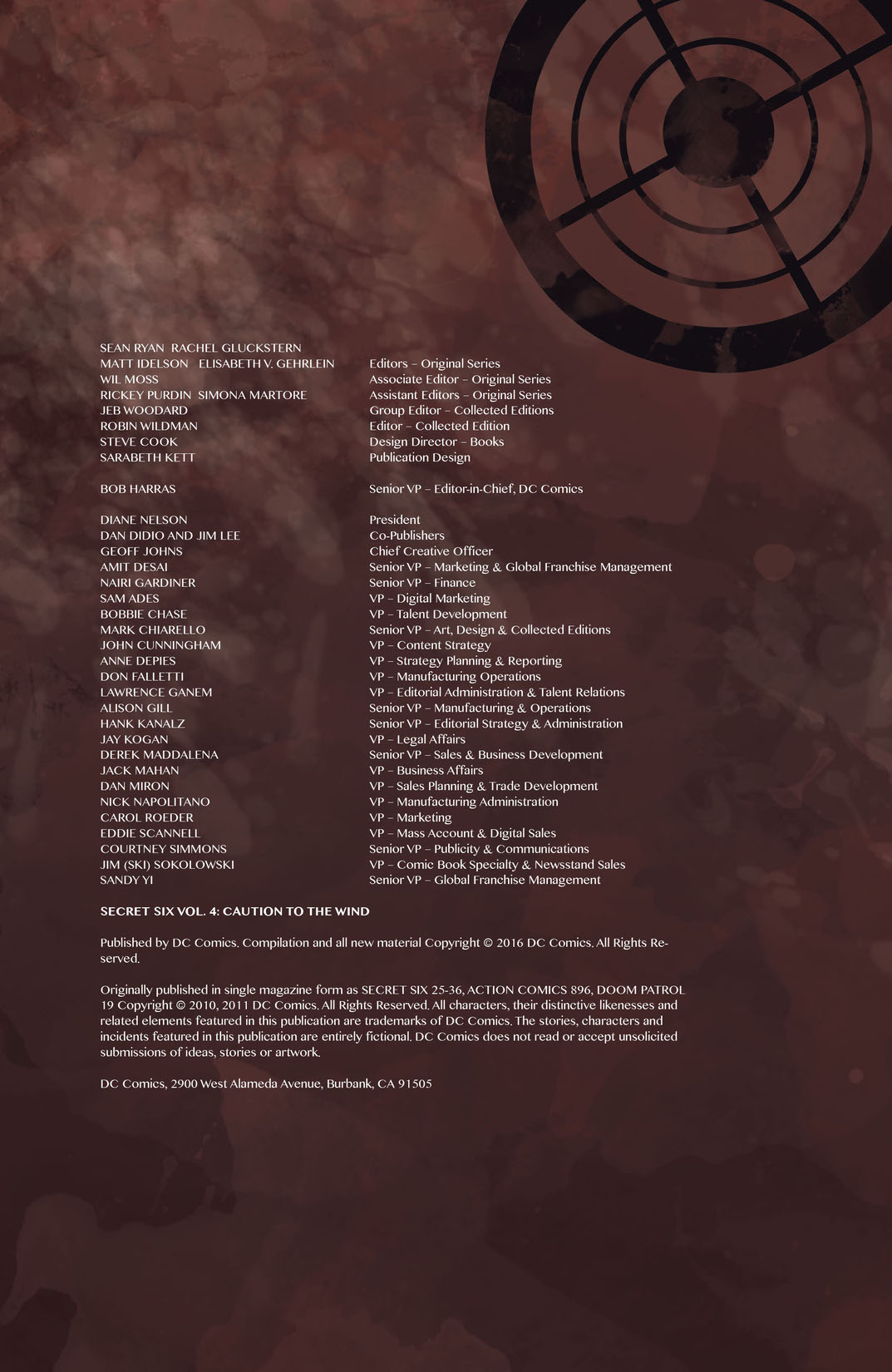 Fan-favorite writer Gail Simone (BATGIRL) pairs with artist J. Calafiore (RED LANTERNS) in the final hurrah for the misfit mercenary team. The Secret Six have never been more divided. Bane and Jeannette have split off from the rest of the group and formed a team of their own, recruiting King Shark, Lady Vic, Dwarfstar and Giganta. But a deal too good to pass up in the lost world of Skartaris will bring Bane’s new team directly into the crosshairs of his former comrades in Scandal Savage’s original Secret Six. With neither team prepared to back off, it’s a six-on-six super-villain battle royal! Plus, the Secret Six trade blows with Lex Luthor, the Doom Patrol and the minions of hell! And it all comes to a final stand of heroes versus villains in Gotham City. Collects SECRET SIX #25-36.