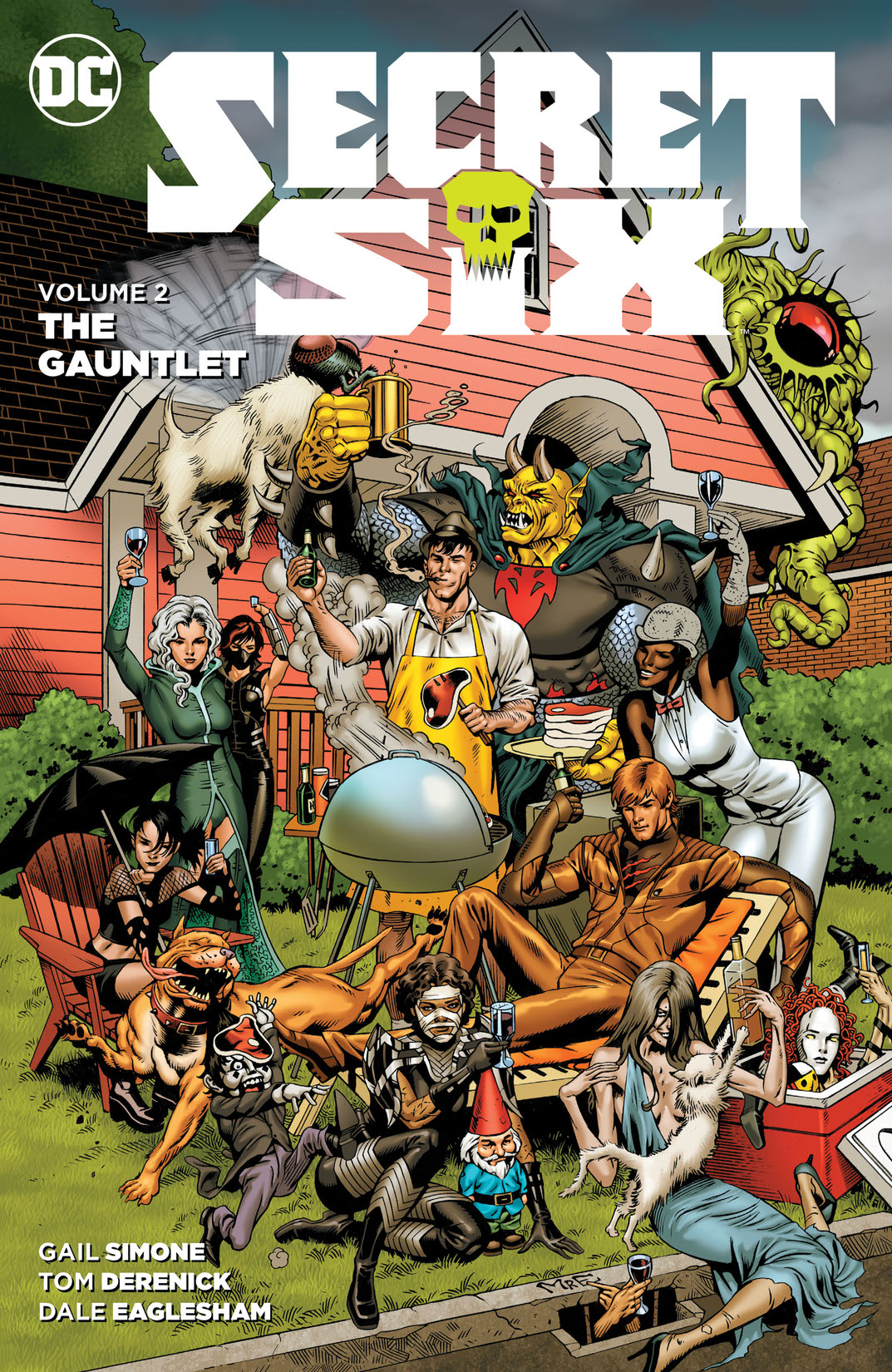 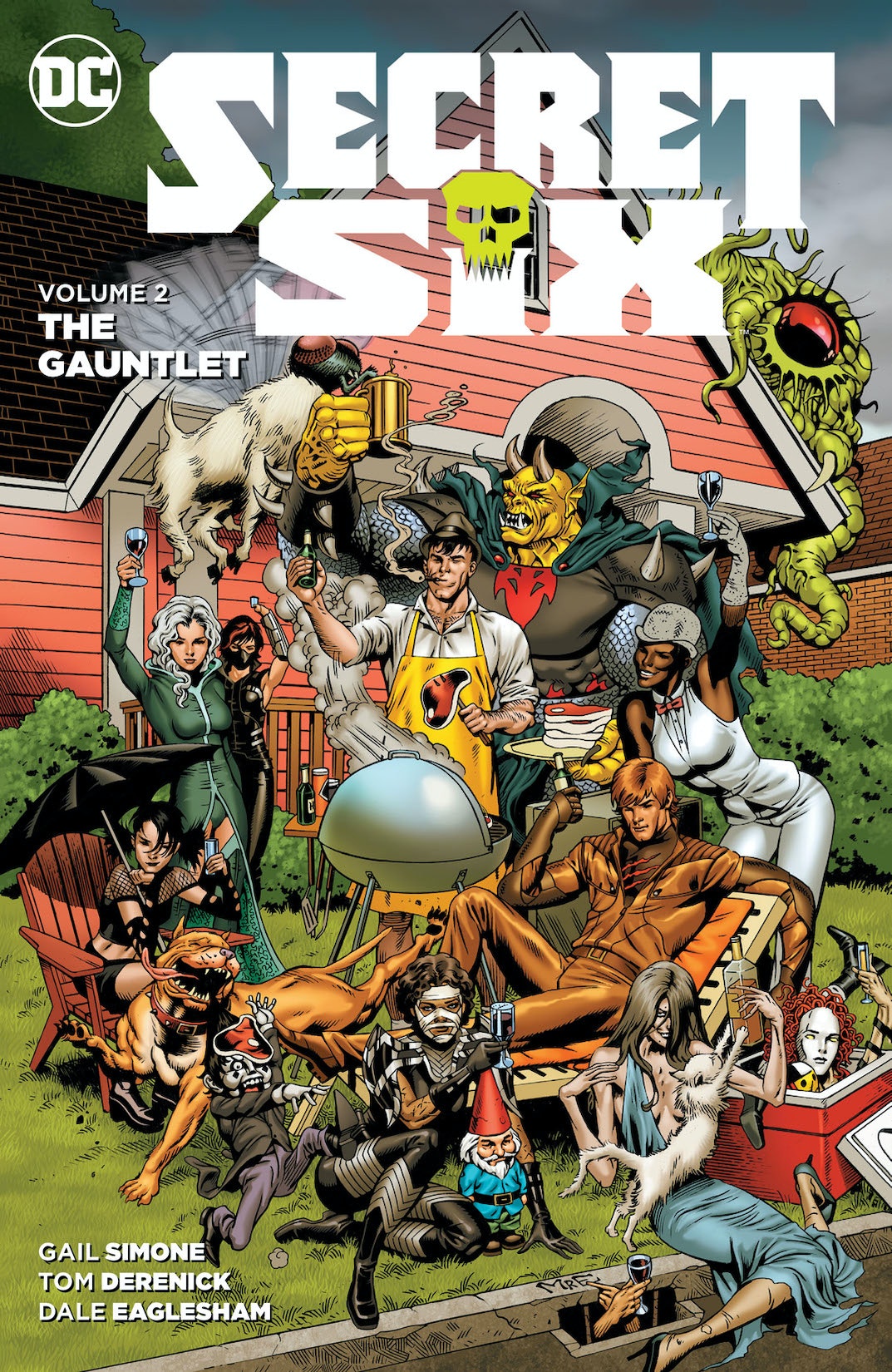 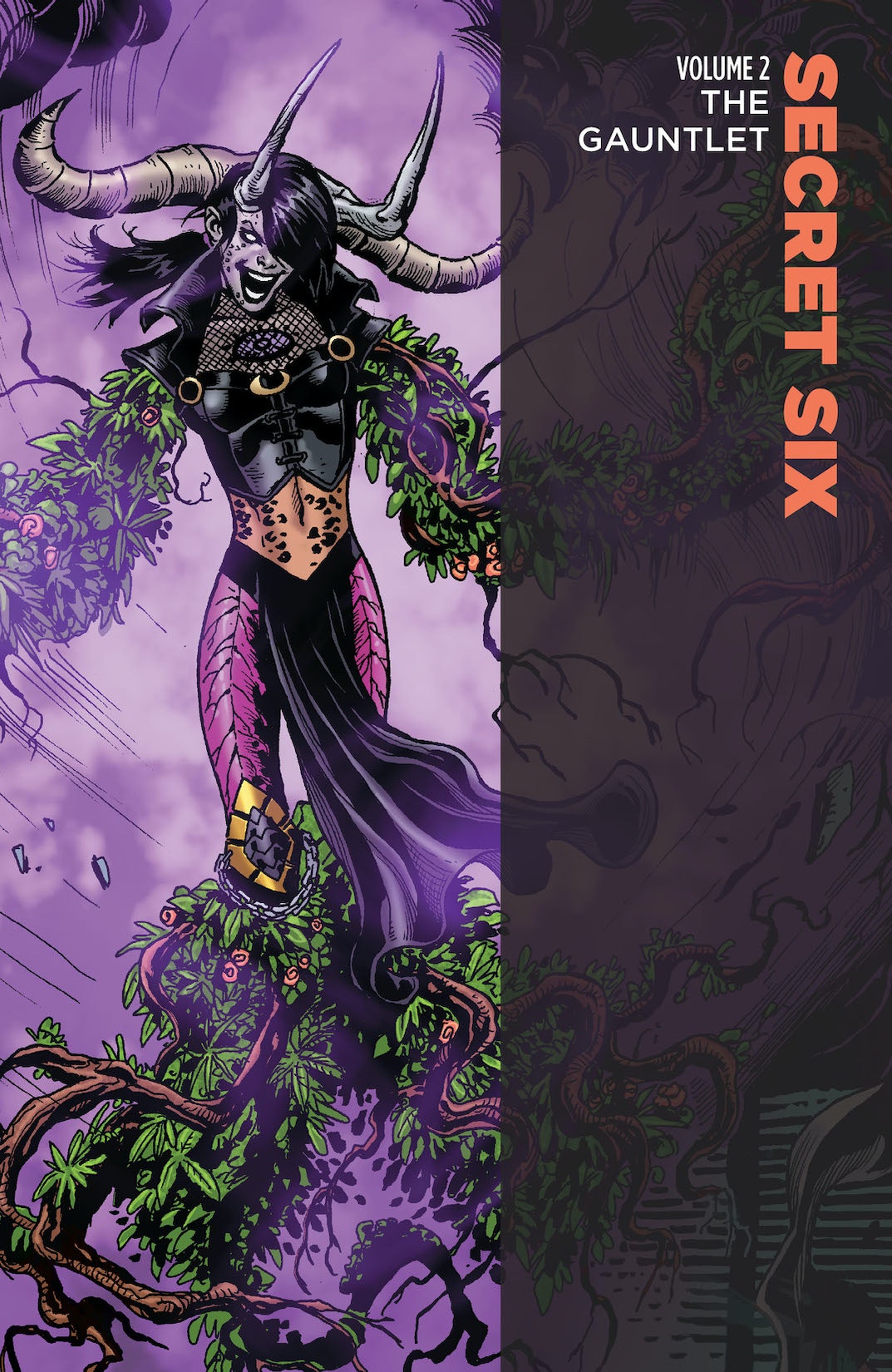 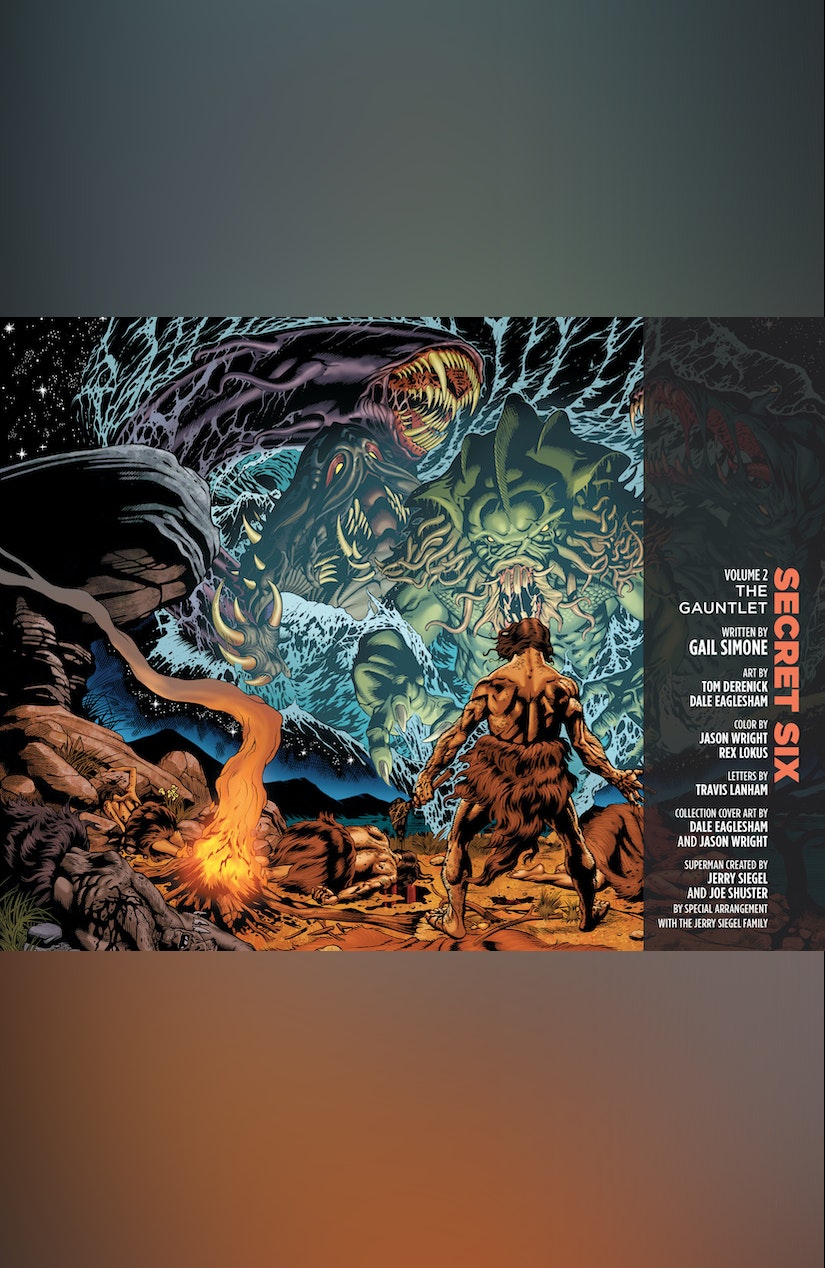 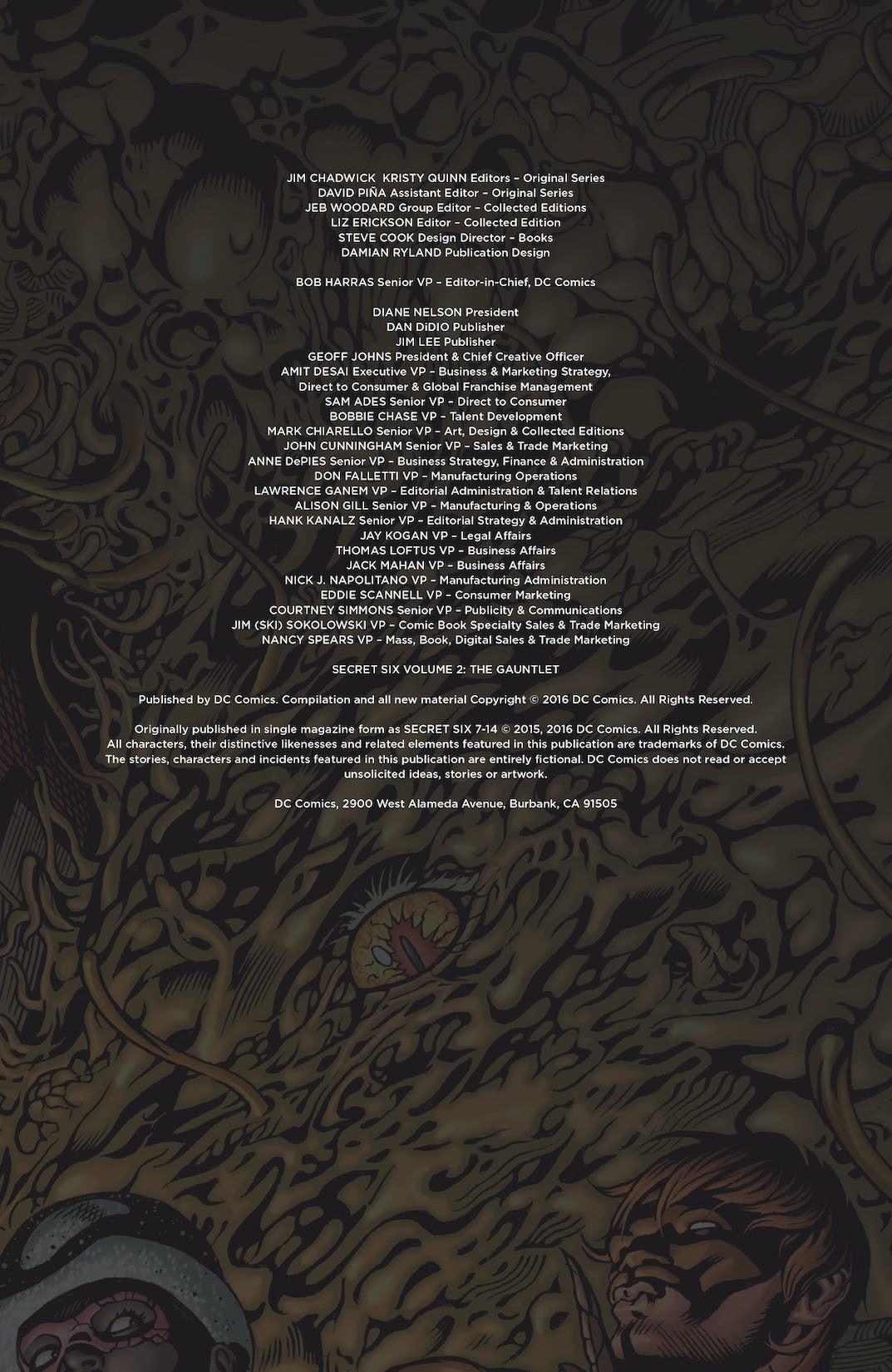 BLACKOUT The magic is gone. Something has sucked all arcane energies out of our world, leaving every practitioner of the occult arts in the dark and our entire dimension defenseless against an invasion by the Elder Gods beyond. And as far as the Earth’s greatest mages are concerned, the culprit is one teenage girl—Black Alice, the Secret Six’s most powerful member. Now it will take everything the team has to clear her name, restore the missing magic and protect our world from obliteration. Meanwhile, another threat is lurking in the shadows. Strix was once the deadliest Talon in the Court of Owls’ arsenal of assassins, until she broke free of their cruel control and found true friends among the Secret Six. But when the Court comes calling to take back what was theirs, will the Six stand by her side? The strangest superhero team in comics faces its final challenge in SECRET SIX VOL. 2: THE GAUNTLET, from the killer creative team of Gail Simone (BIRDS OF PREY, BATGIRL, WONDER WOMAN), Tom Derenick (INJUSTICE: GODS AMONG US) and Dale Eaglesham (GREEN LANTERN)—featuring cameos by Batgirl, Swamp Thing, the Demon, Superman and more! Collects issues #7-14.