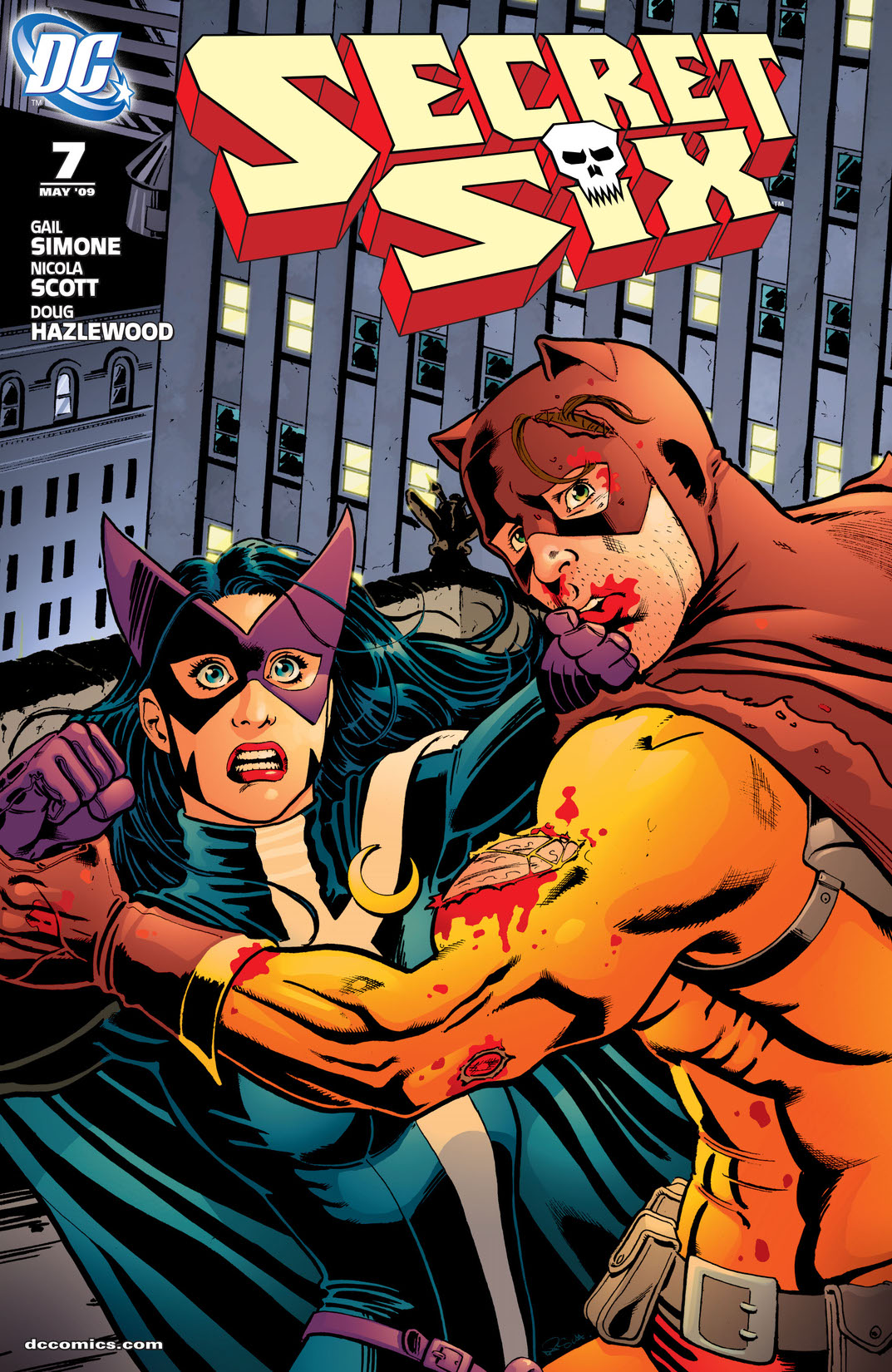 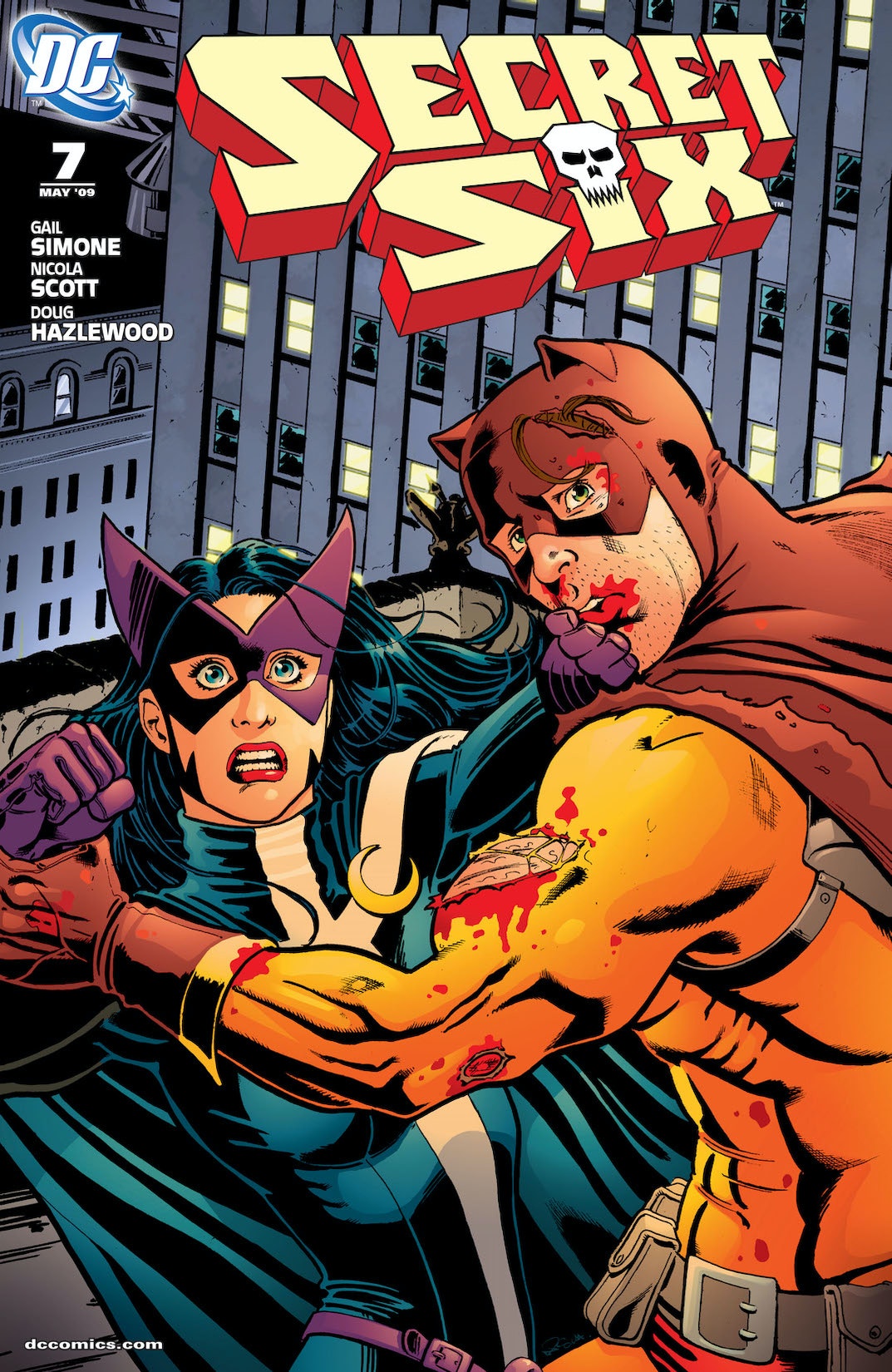 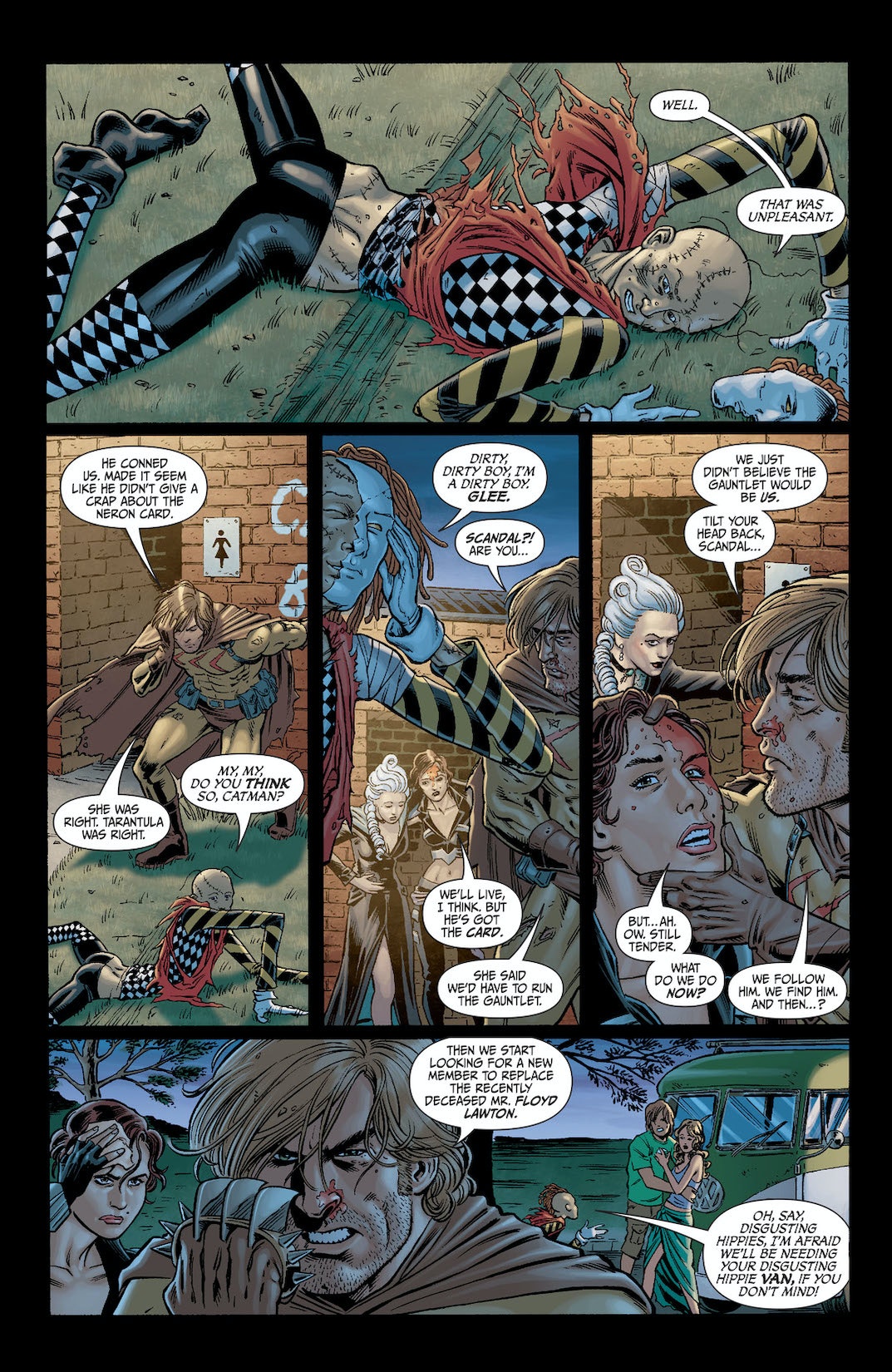 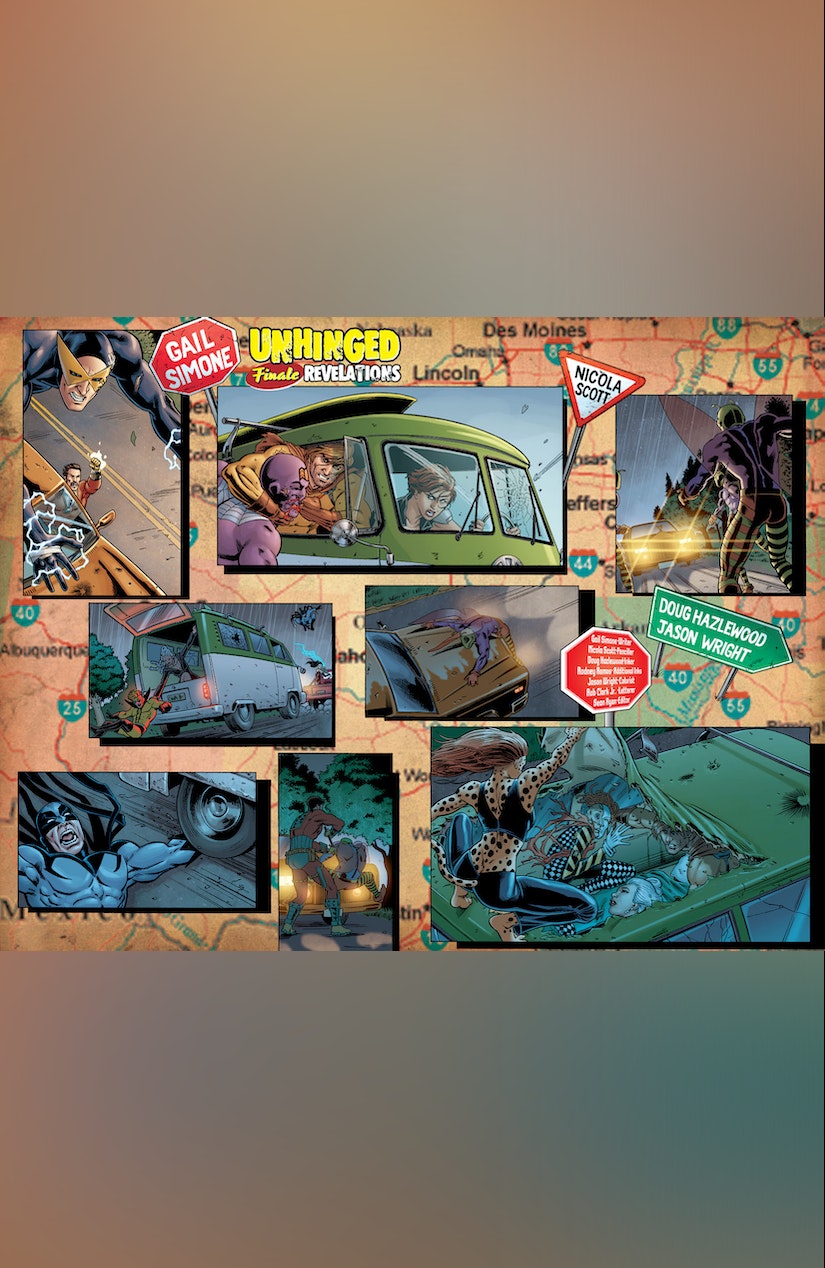 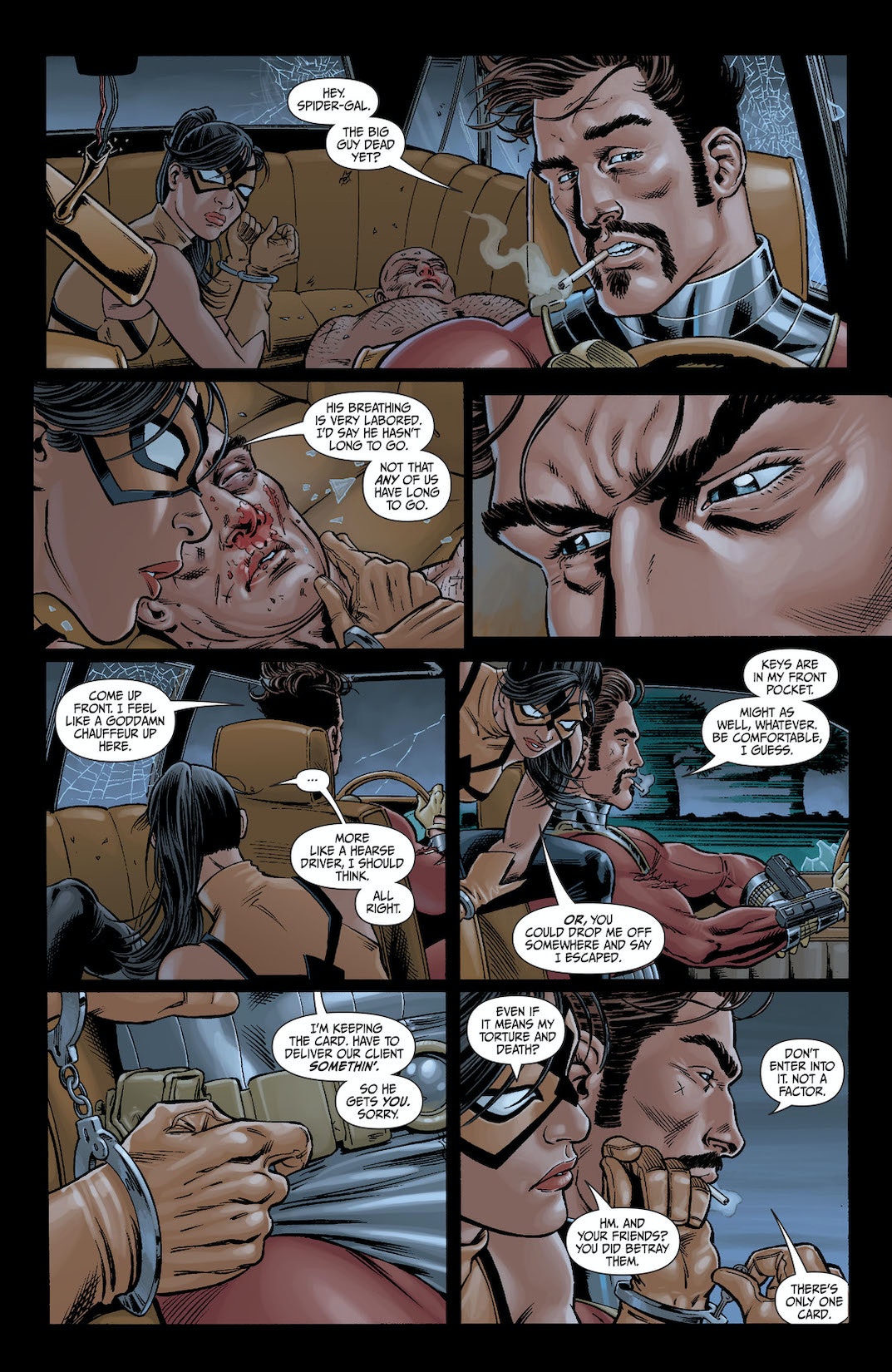 Unhinged' part 7, and the finale of the Six's first arc! The bloody, ragged remains of the Secret Six fight their way through throngs of Gotham City heroes and villains. And when the dust finally settles, the man pulling the strings of this whole affair will finally be revealed!