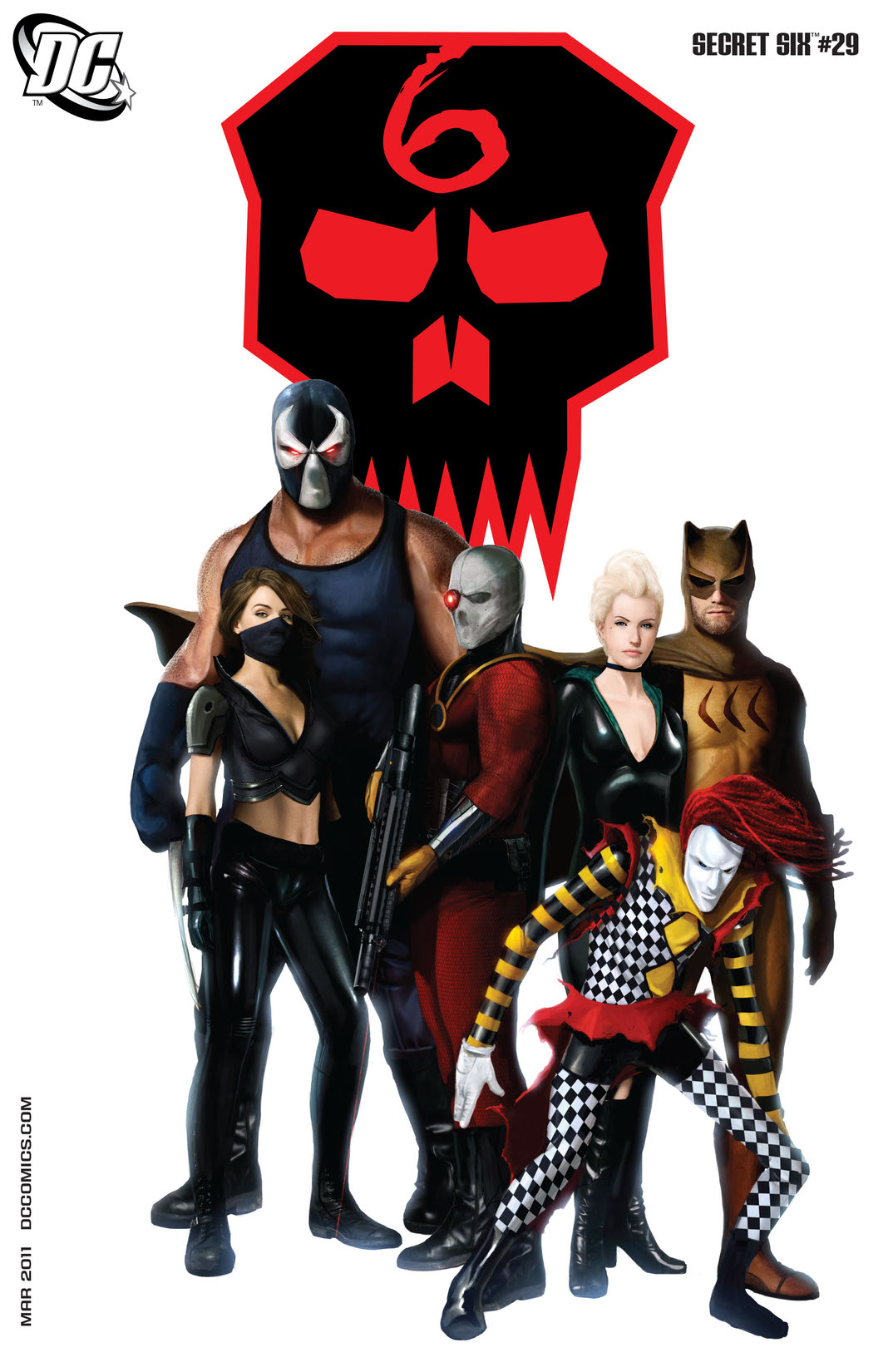 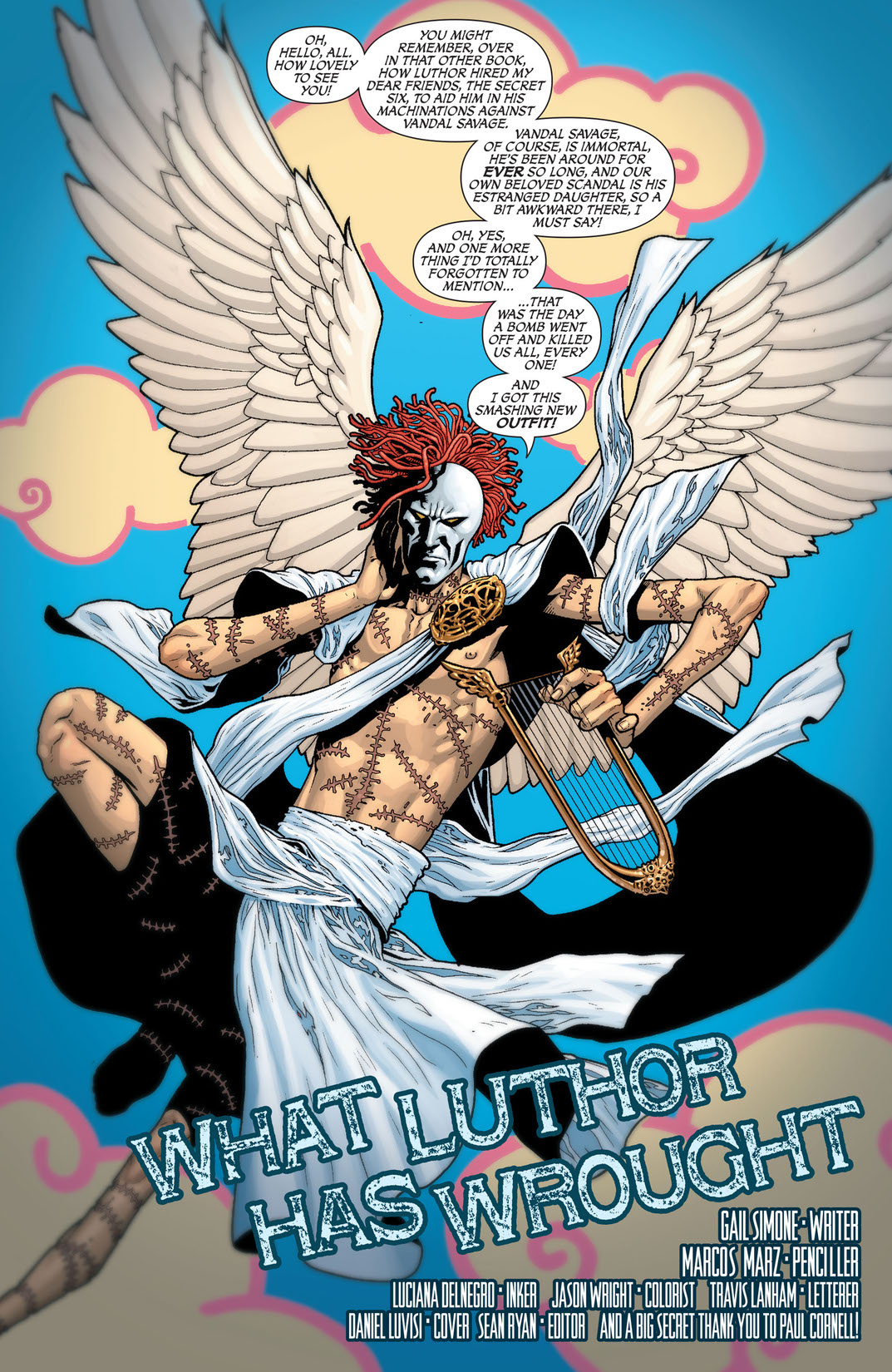 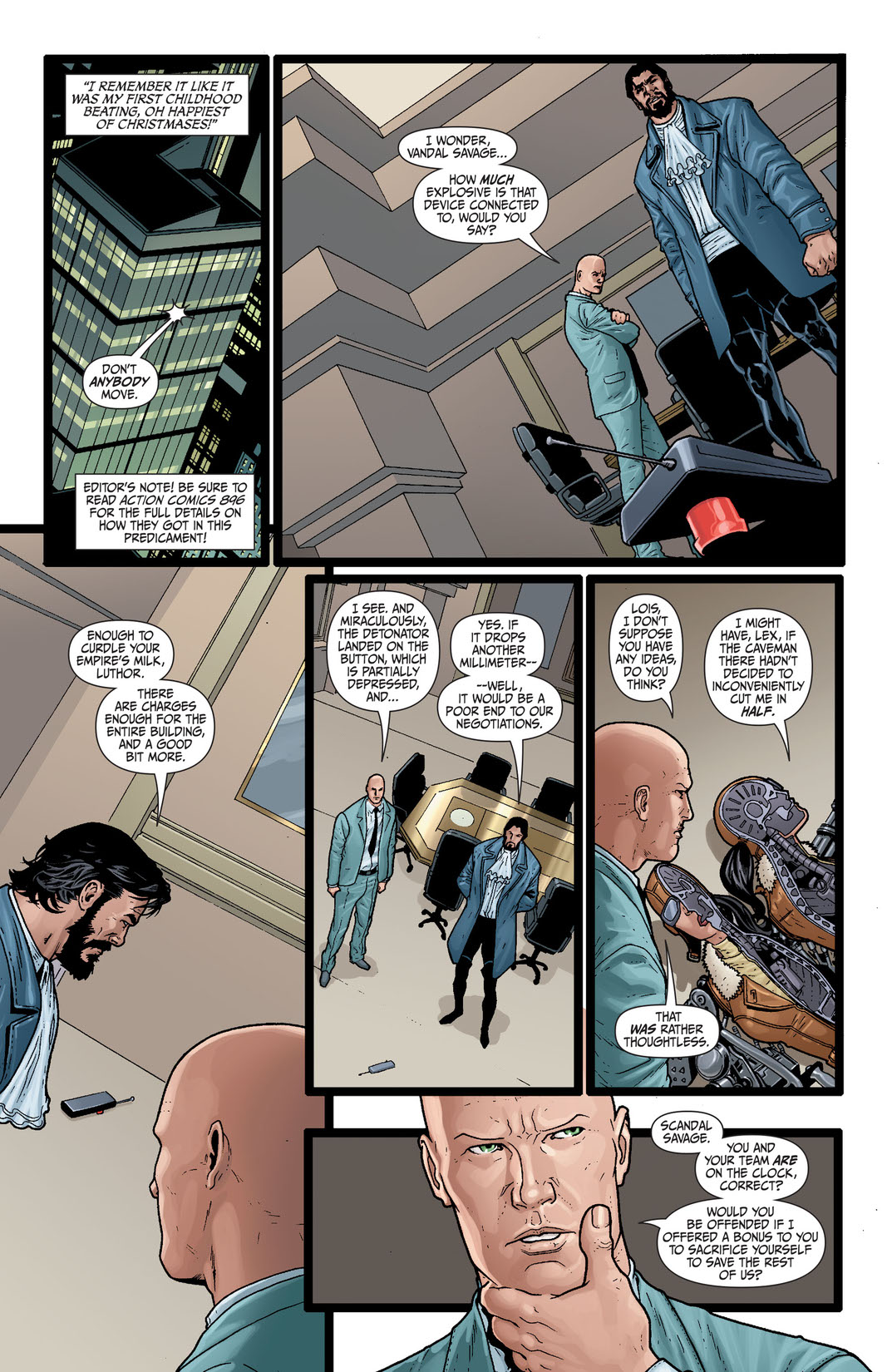 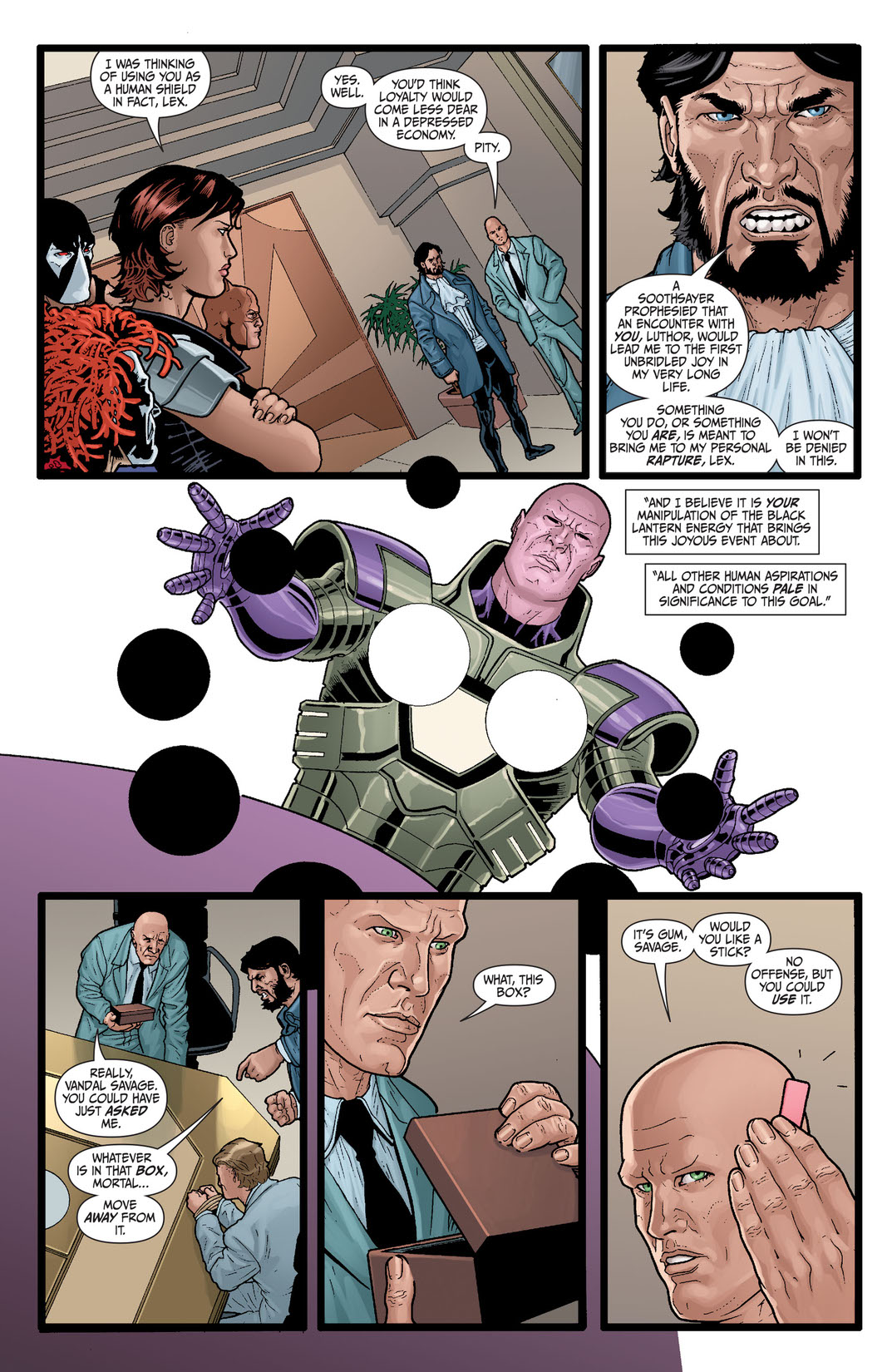 The conclusion of the two-part crossover that began in ACTION COMICS #896! At the paid request of Lex Luthor, the Secret Six rush headlong into a deadly confrontation with Scandal's villainous father, Vandal Savage. But the Six have a score of their own to settle with Luthor—and unlike Superman, the Six fight dirty.