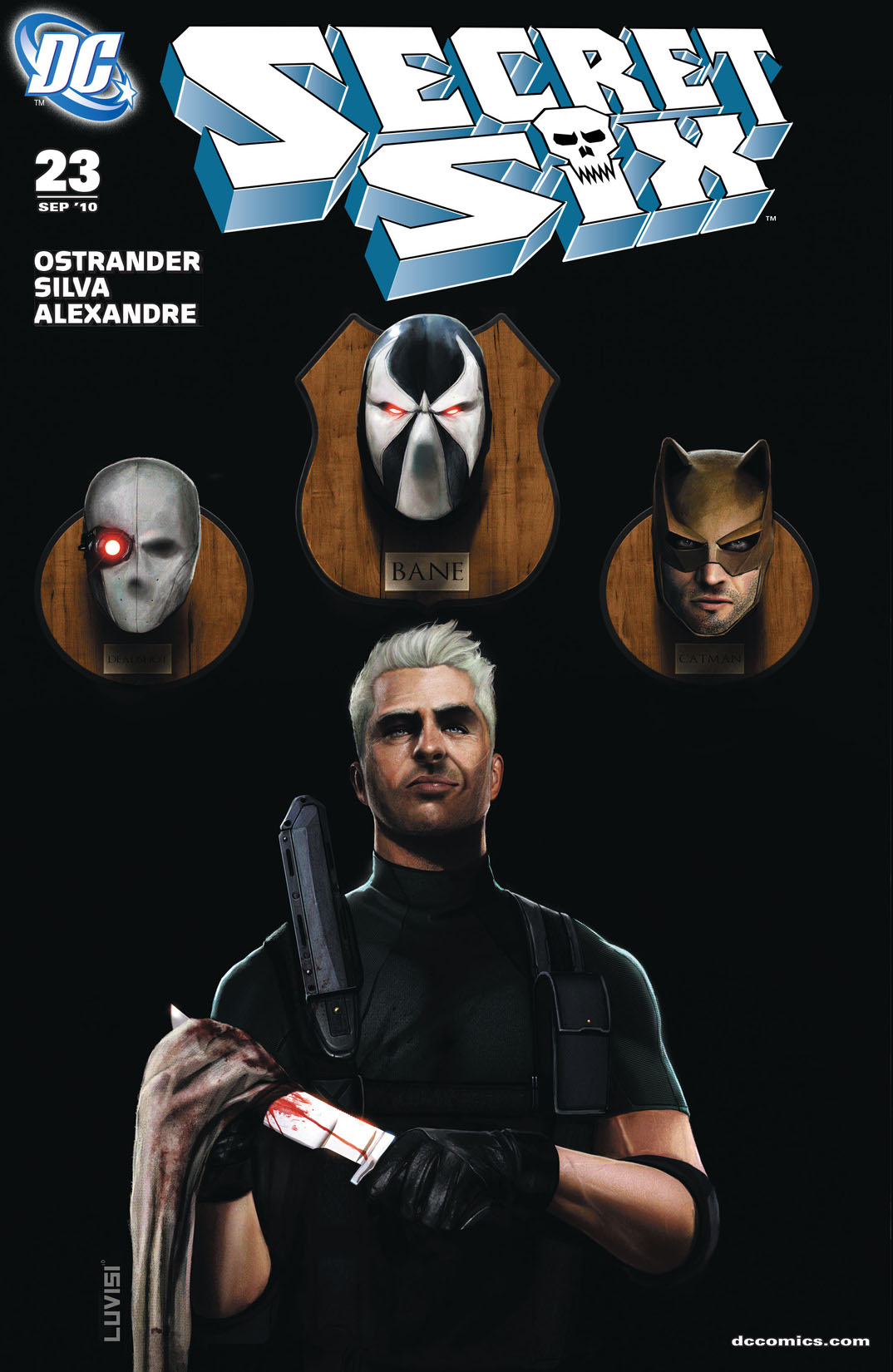 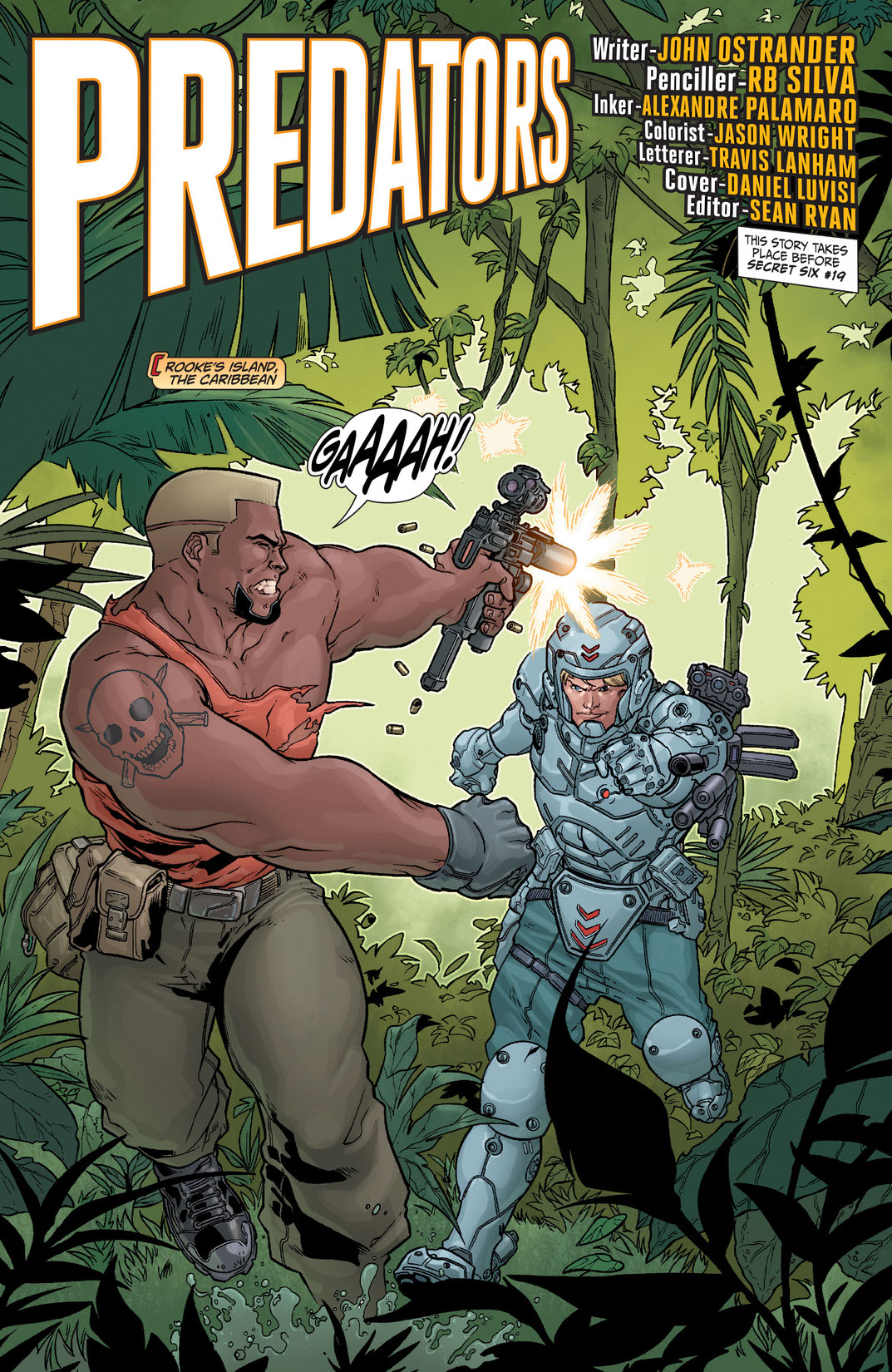 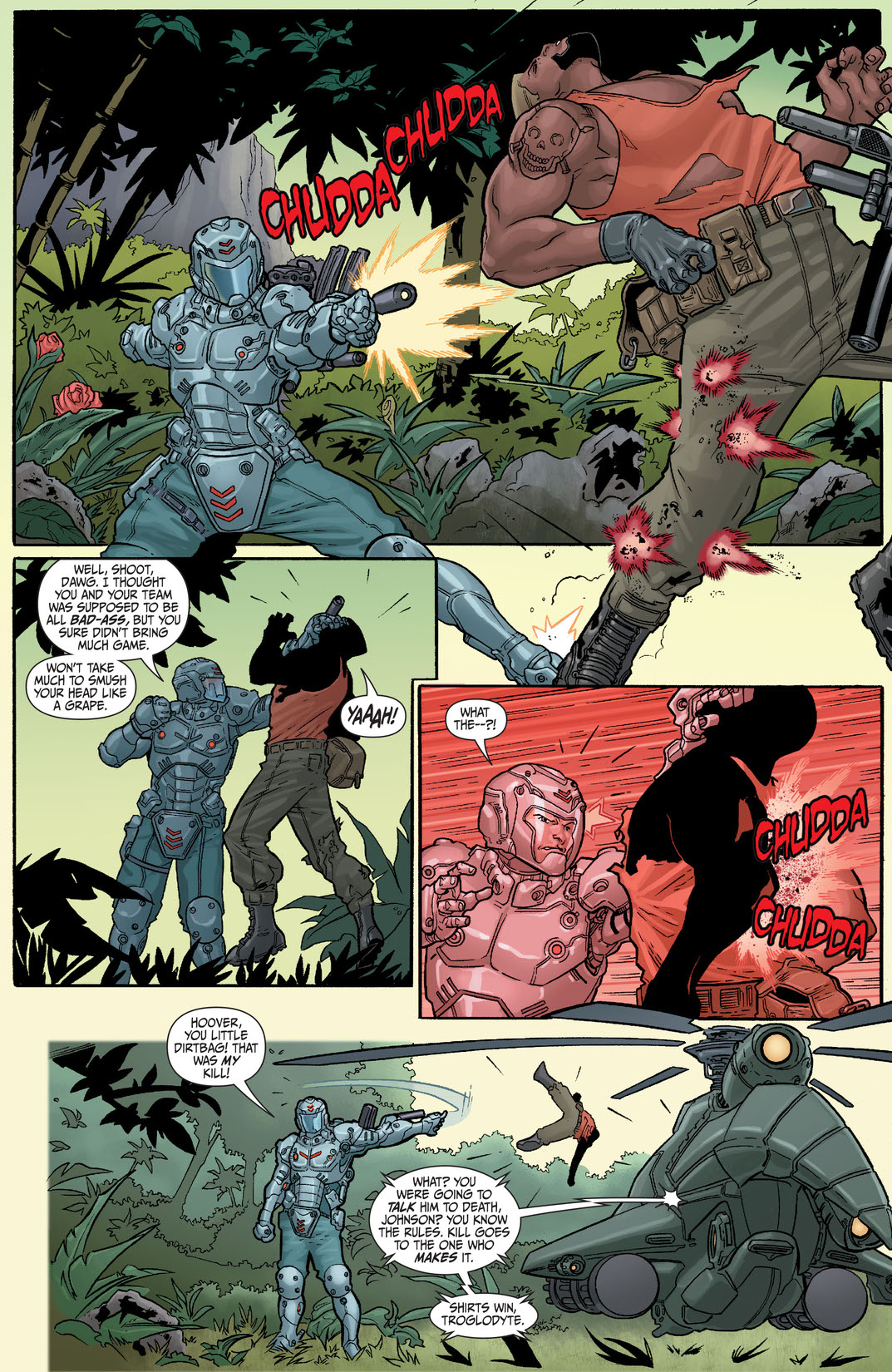 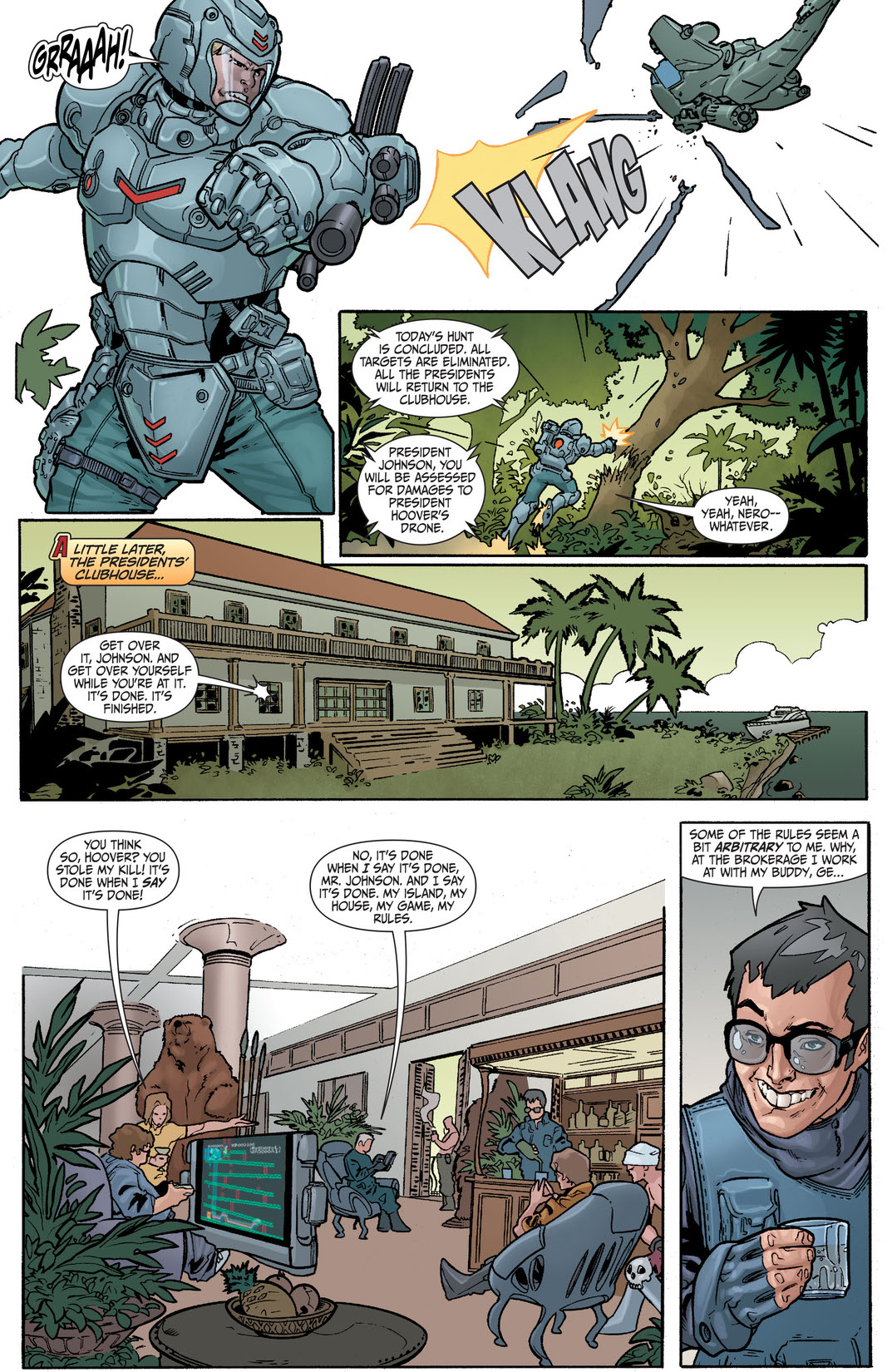 Guest writer John Ostrander (SUICIDE SQUAD) brings a story about men who choose to hunt the most dangerous game in the world: the Secret Six! The Six are tricked into traveling to a secluded island where they're trapped in a fight for their lives!