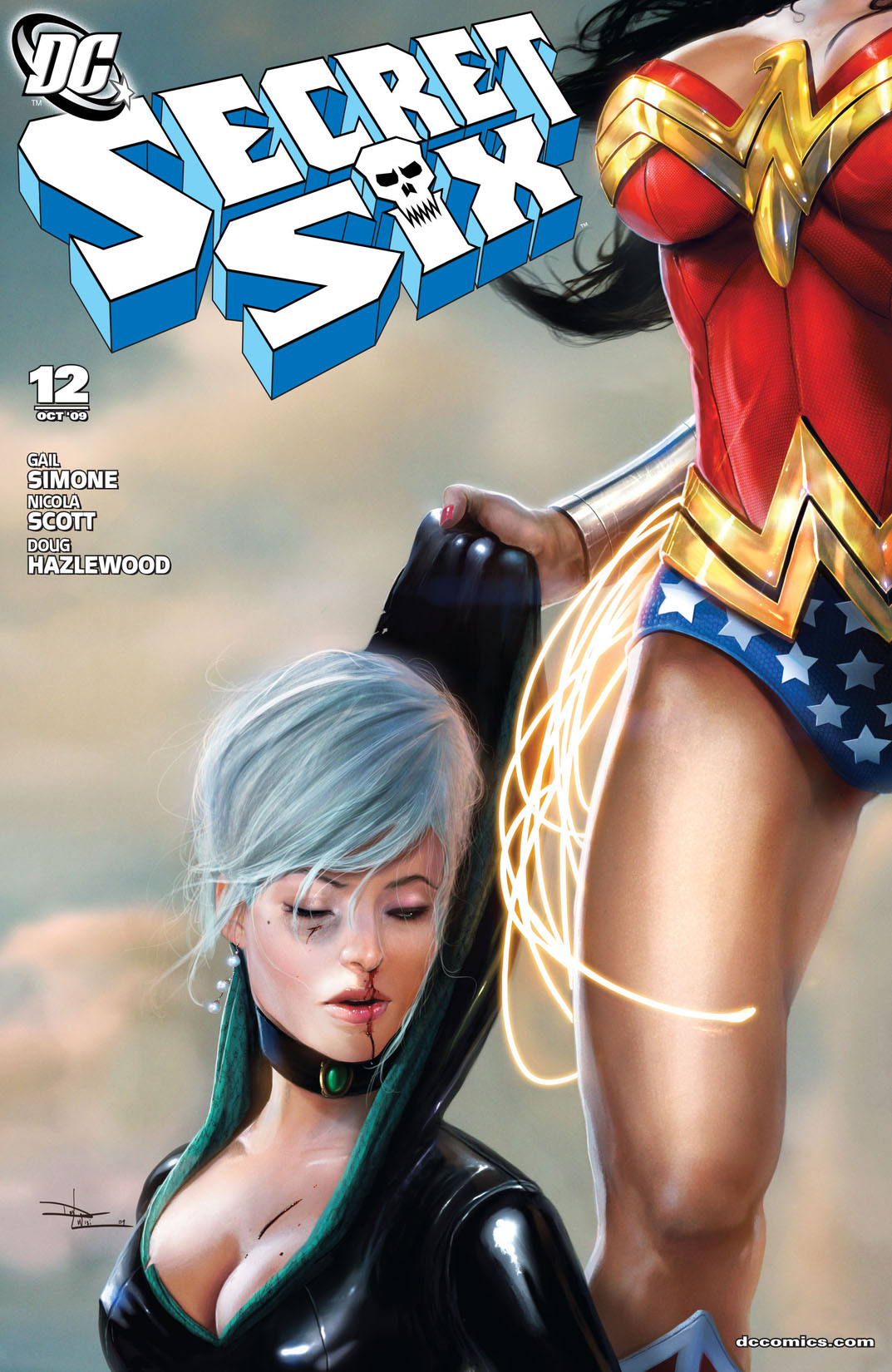 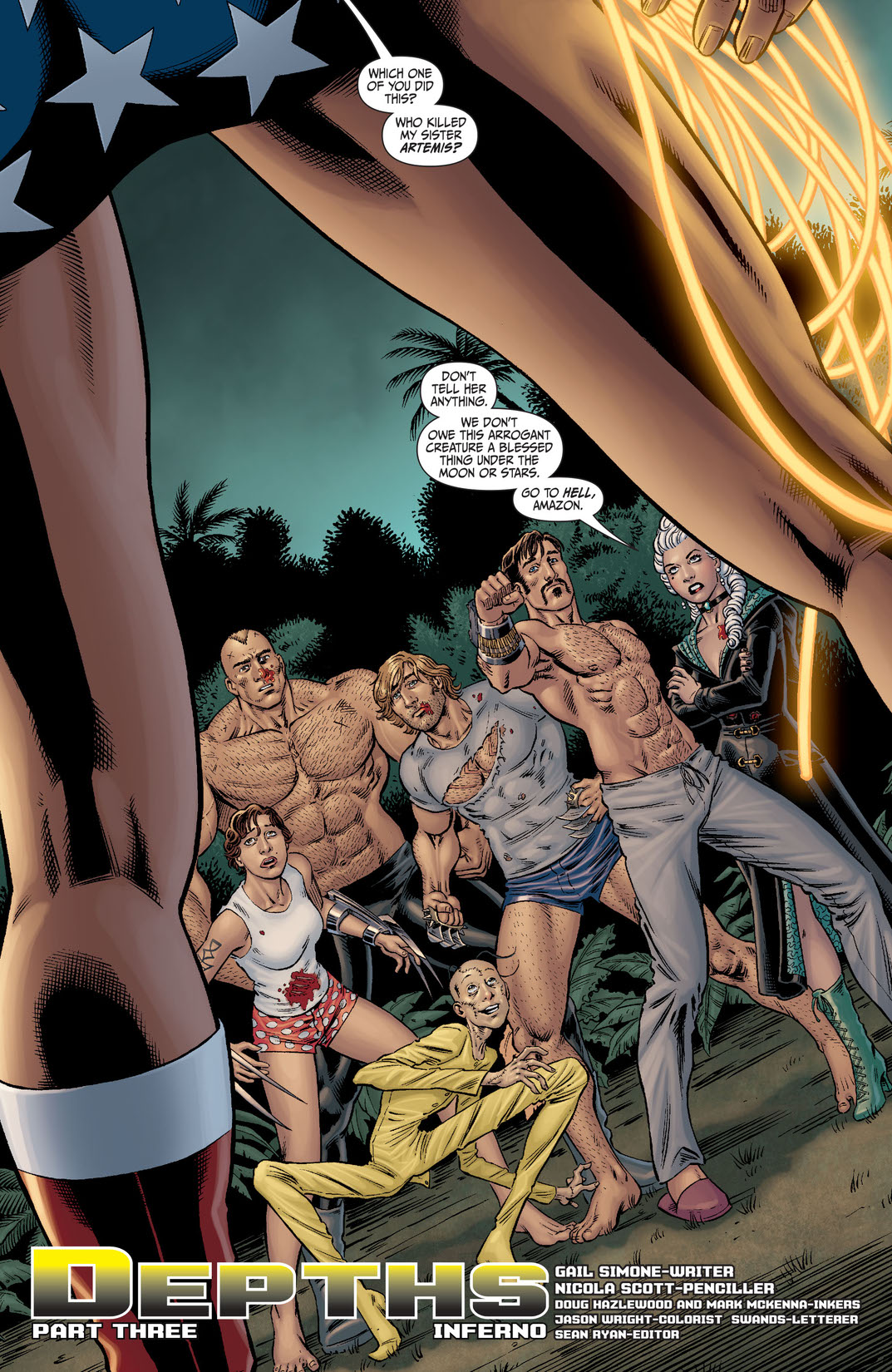 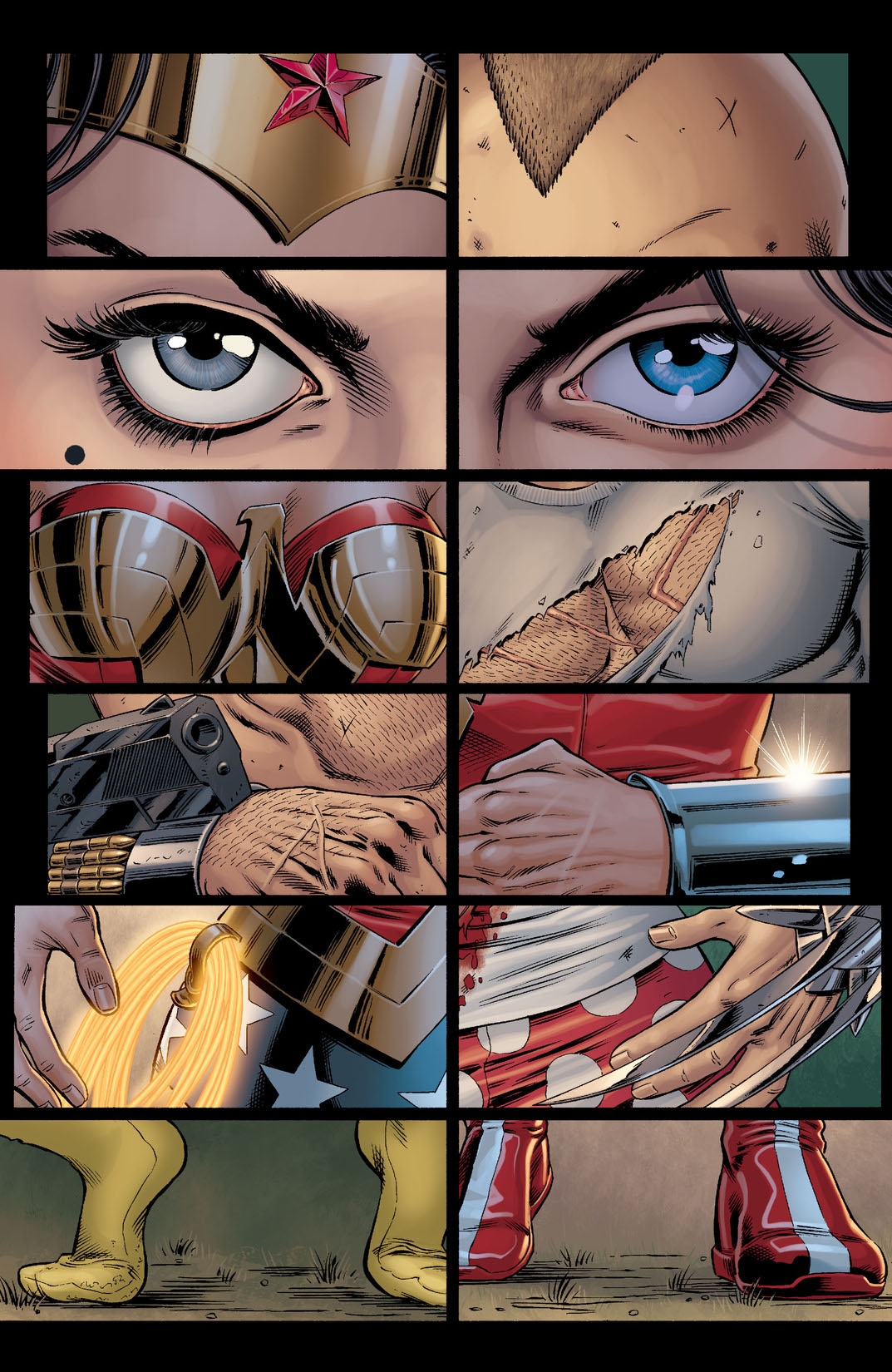 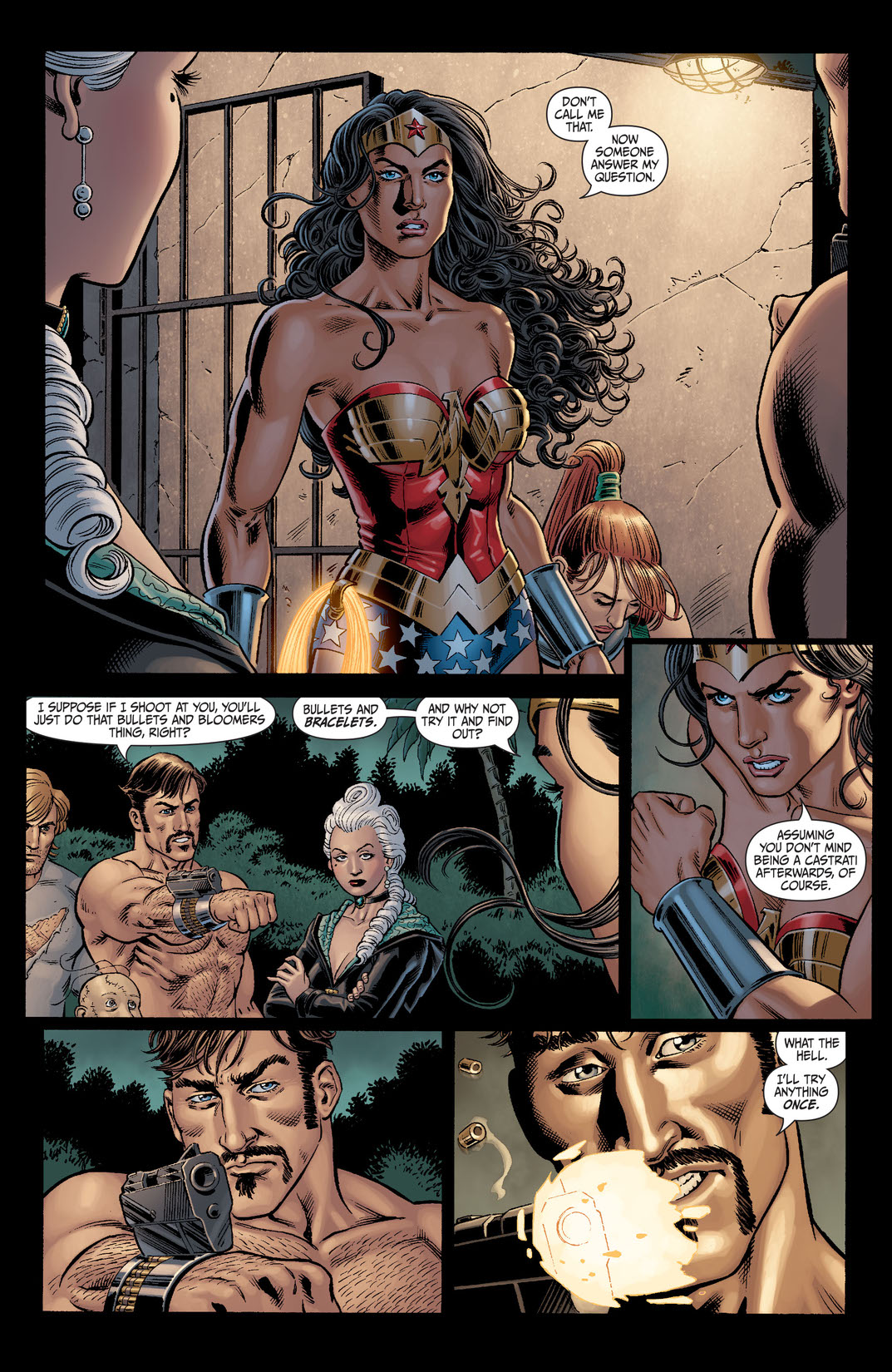 A crisis of conscience splits the Secret Six right down the middle and puts them on opposite sides of a horrific war involving Amazons led by a deluded Artemis! But that's just the opening bout for the main event of Jeannette vs. Wonder Woman! 'Depths' part 3.