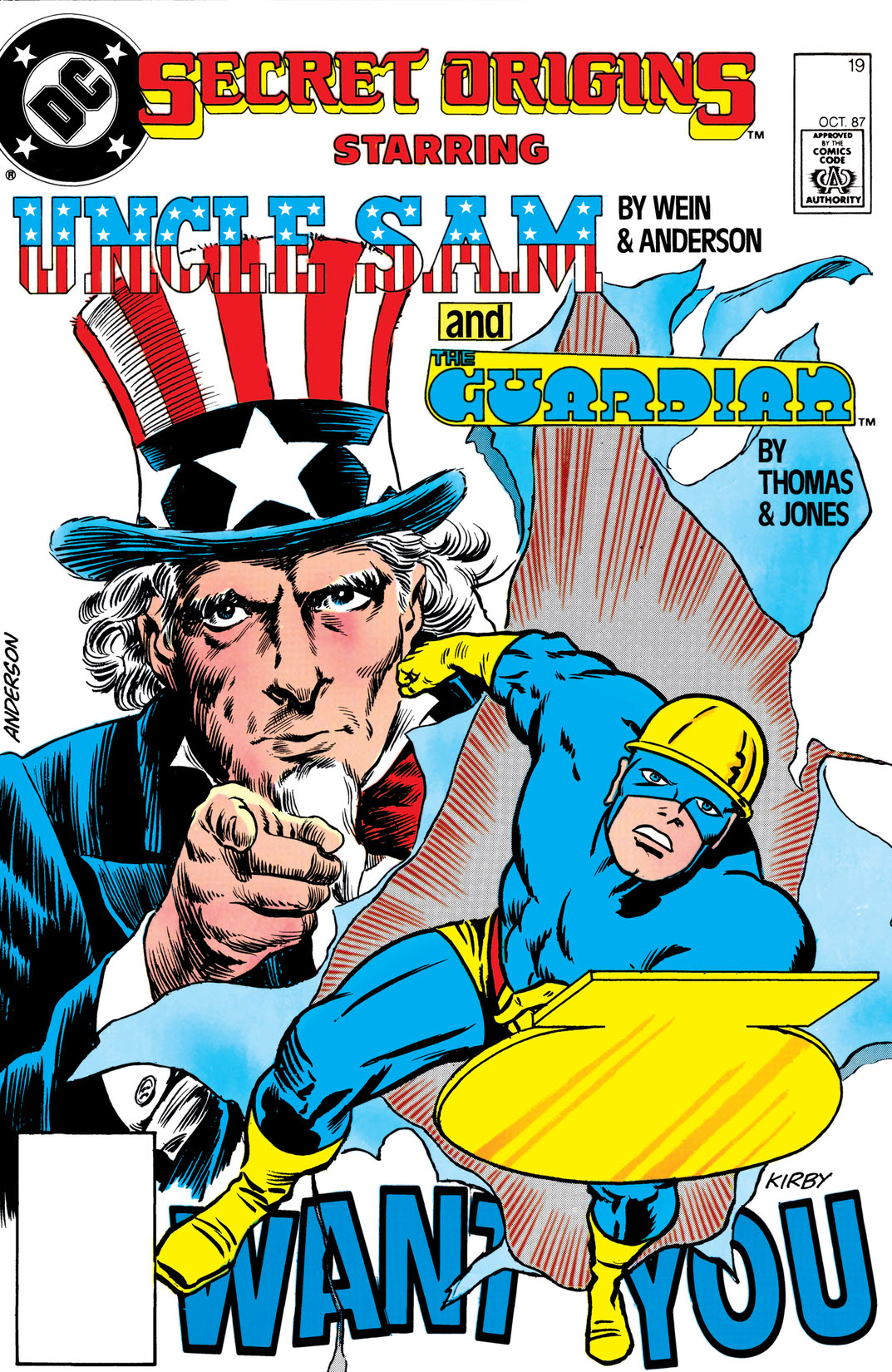 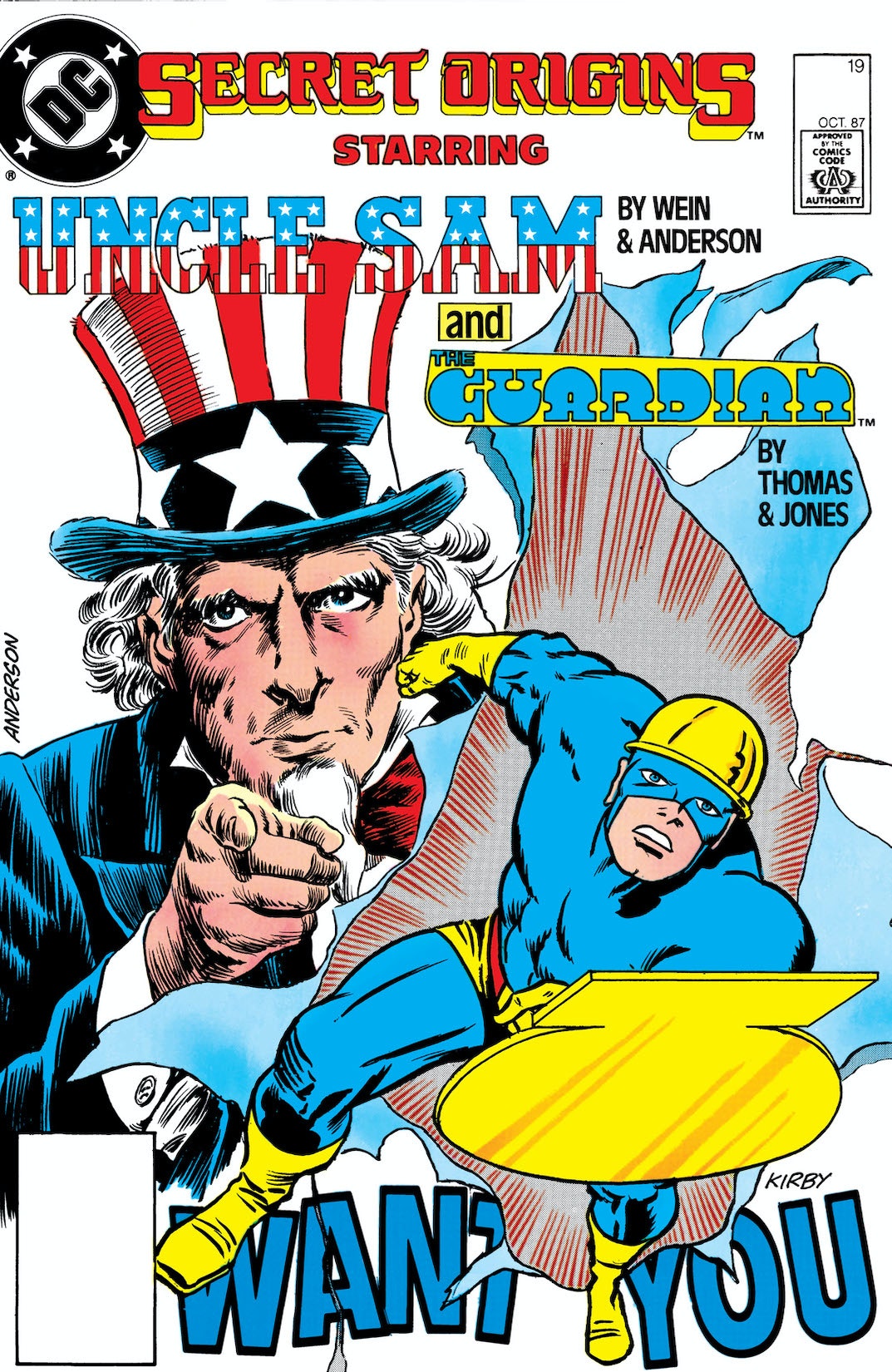 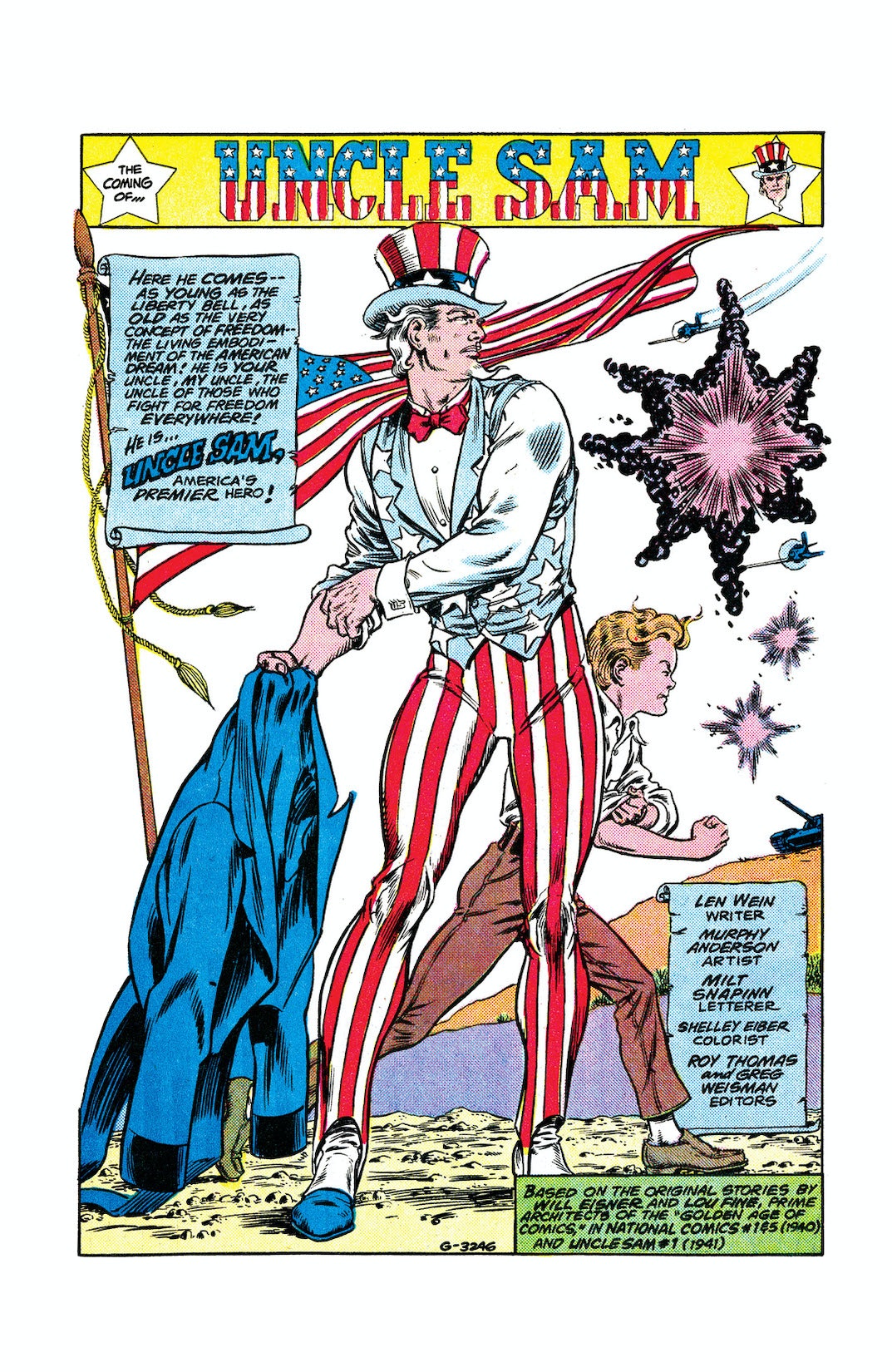 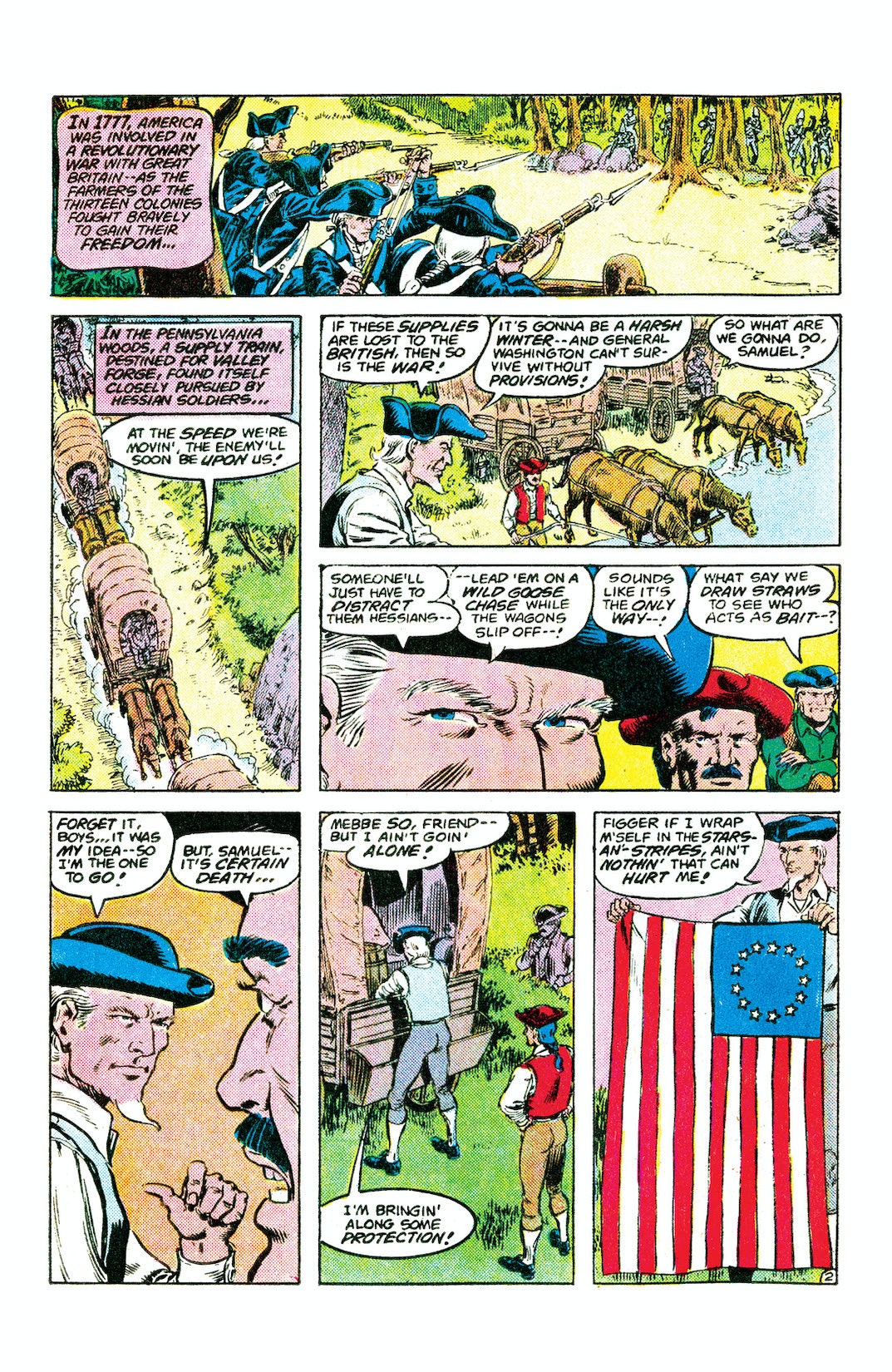 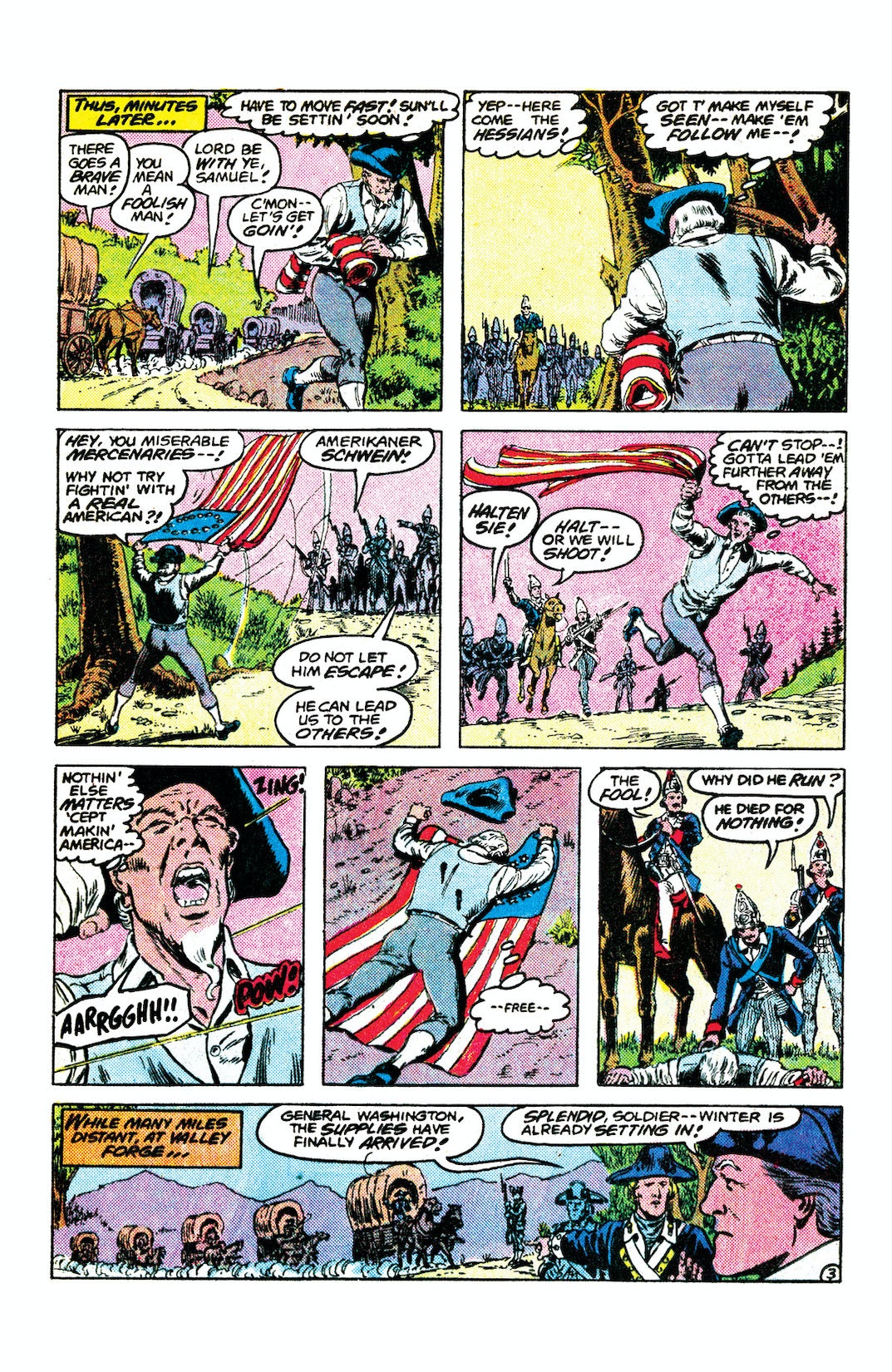 “THE COMING OF UNCLE SAM” in the winter in 1777, Revolutionary Patriot Samuel was killed by Hessian mercenaries, whom he'd decoyed away from a crucial supply wagon train bound for Valley Forge. As he lay dying, Uncle Sam appeared to him, and had his own face and build, and asked him "Are you willing to give up Eternal Rest, to help me defend our country always?" "THE SECRET ORIGIN OF THE NEWSBOY LEGION" in Suicide Slum, Metropolis, rookie cop Jim Harper gets beaten up by some thugs, and decides to take a new approach to crime fighting. He breaks into a costume shop, assembles an "action outfit" that includes a sturdy shield and a crash helmet, leaves some money on the counter, and leave to settle the score!