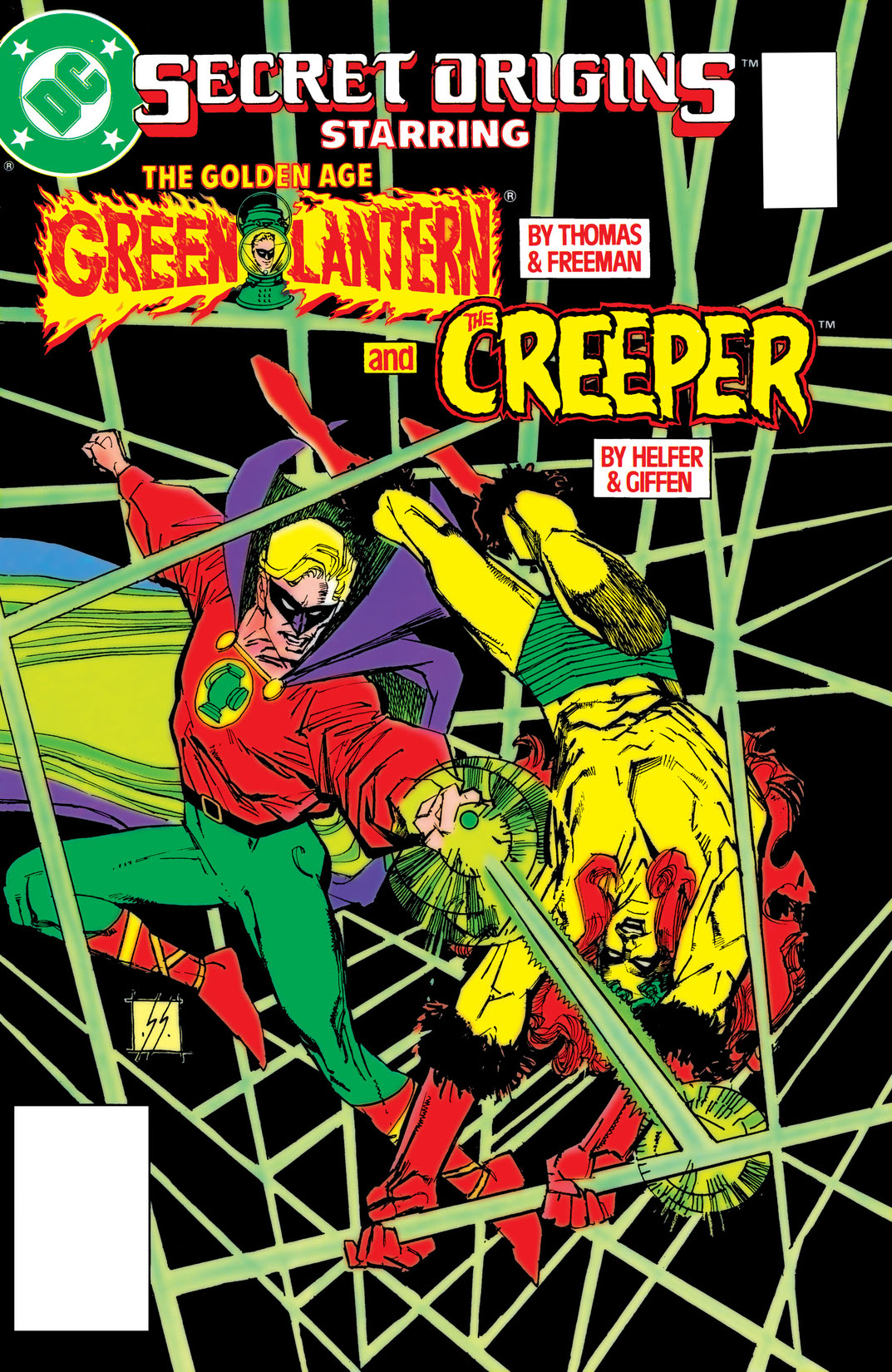 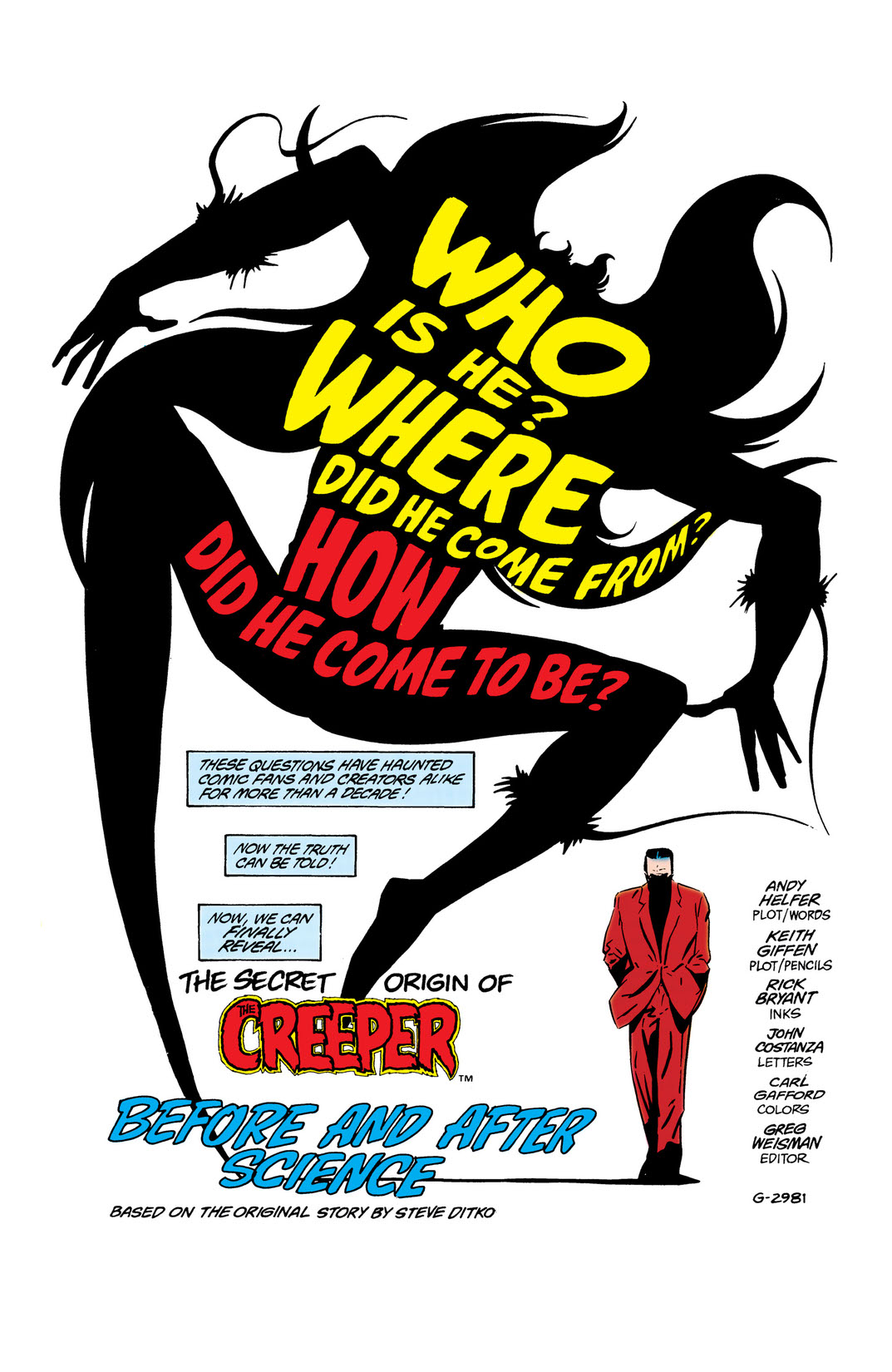 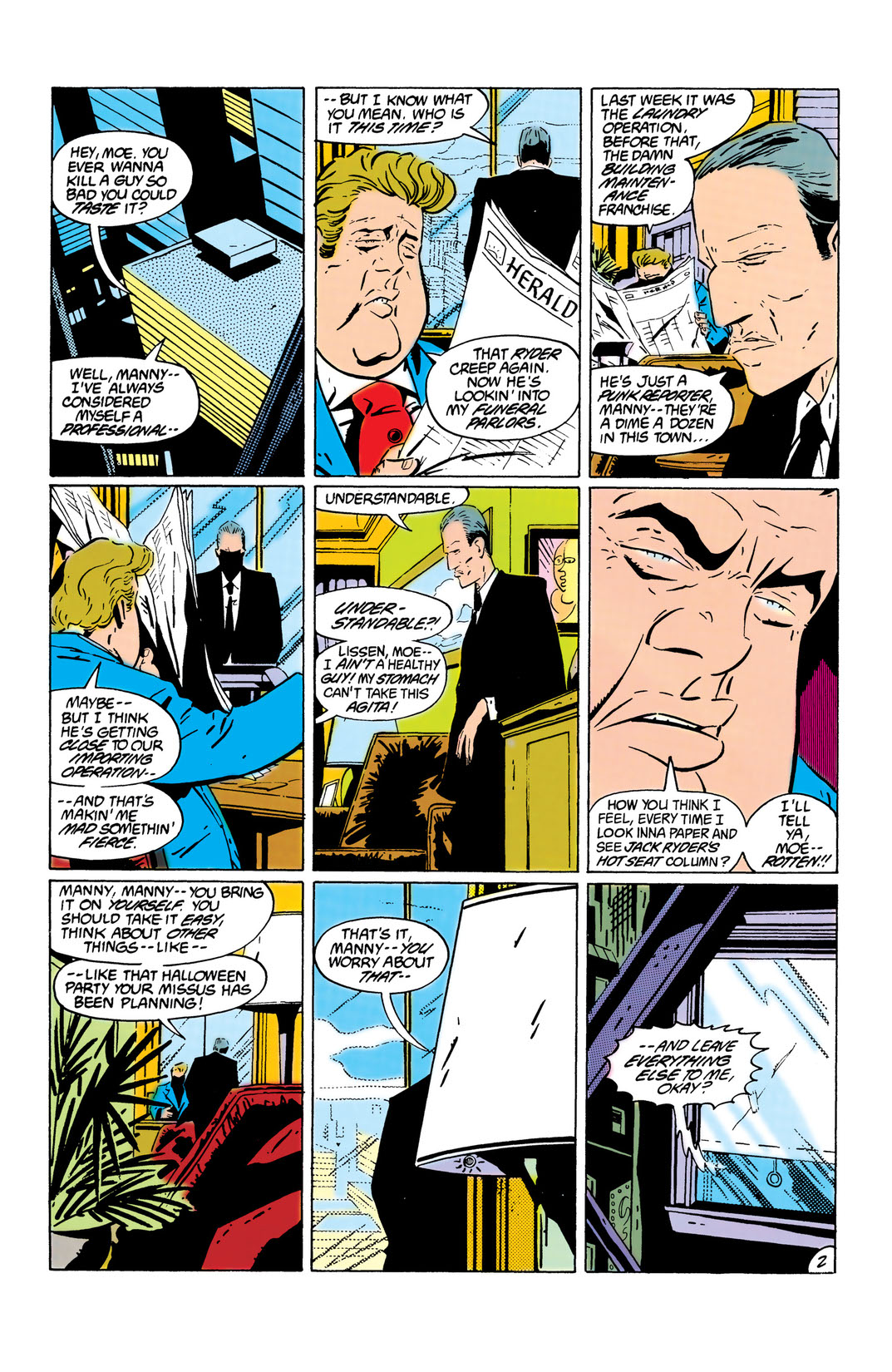 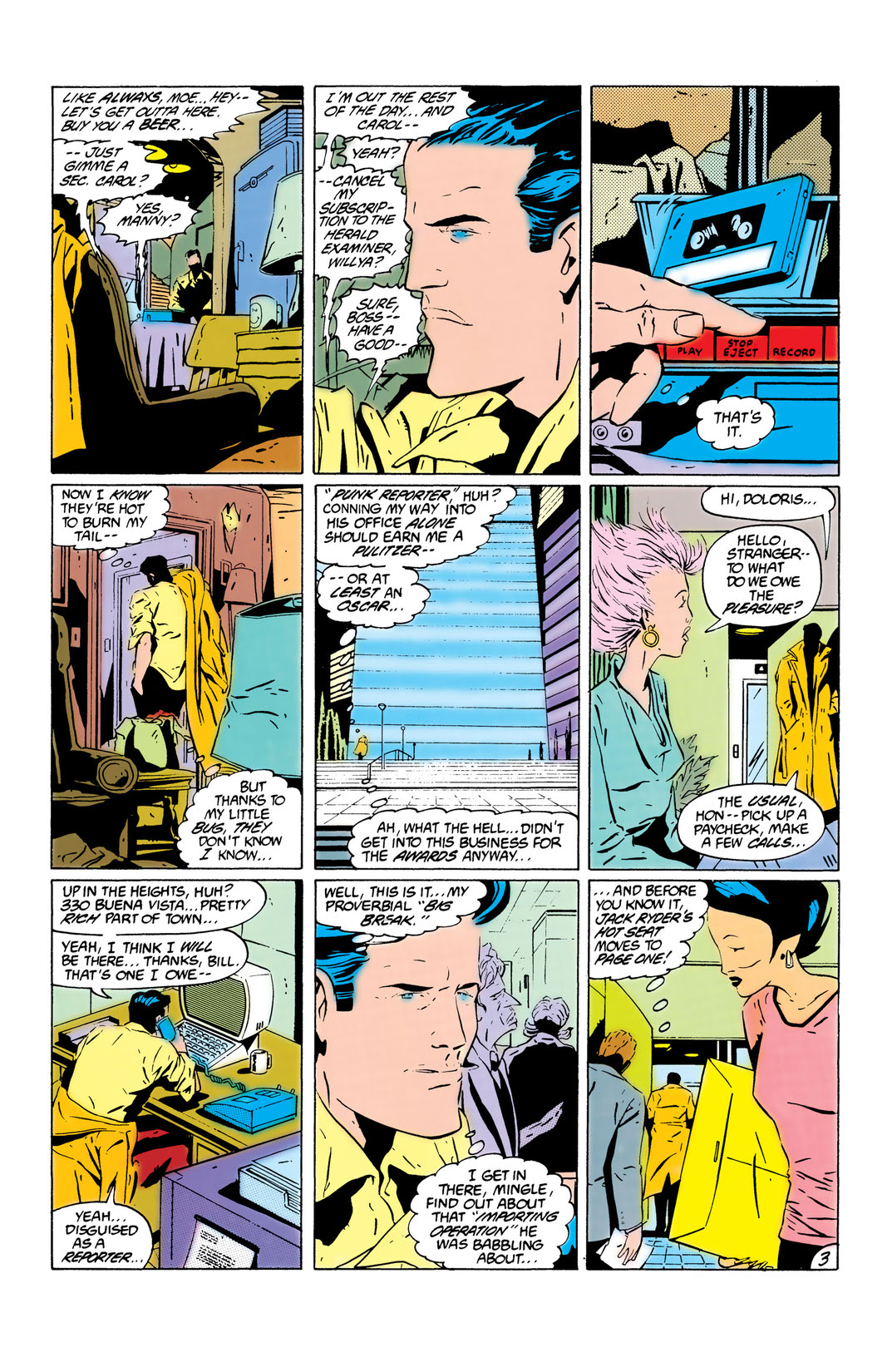 “BEFORE AND AFTER SCIENCE.” Jack Ryder is captured by a mob boss, drugged and left for dead. That does not stop him from returning as the Creeper! “THE TALE OF THE GREEN LANTERN!” A piece of the Starheart travels to ancient Earth, where it is shaped into a lantern that eventually falls into the hands of Alan Scott, who becomes the first Green Lantern!